The Consol Energy Center in Pittsburgh will now be called the PPG Paints arena. 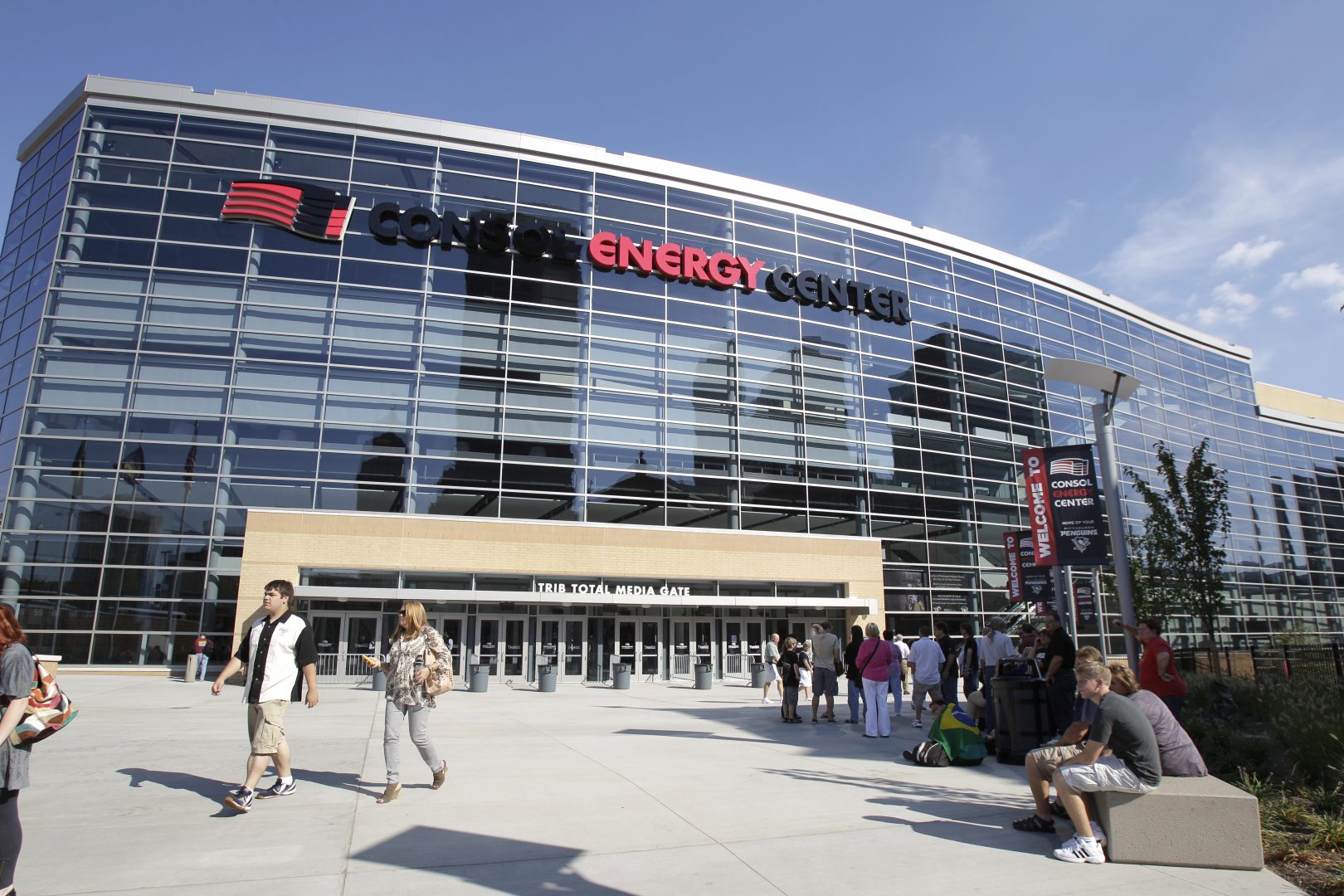 The Consol Energy Center in Pittsburgh will now be called the PPG Paints arena.

(Pittsburgh) — A federal lawsuit filed by a former minor league assistant and his wife accuses the Pittsburgh Penguins of negligently retaining a coach who sexually assaulted and harassed her and then retaliating against him for reporting the incident.

Jarrod and Erin Skalde sued the Penguins nearly a year ago in U.S. District Court for the Middle District of Pennsylvania, alleging former Wilkes-Barre/Scranton coach Clark Donatelli molested Erin Skalde during an outing on a road trip in 2018. The team is the American Hockey League affiliate of the Penguins and is run by the NHL club.

They also allege that current Minnesota Wild general manager Bill Guerin, who was GM for Wilkes-Barre/Scranton and assistant GM for the Penguins at the time, asked Jarrod Skalde to keep the reason for Donatelli’s termination quiet and that the team punished Skalde for reporting the assault and later terminated his position under the guise of pandemic-related staff cuts.

Guerin is also the assistant GM for the U.S. Olympic men’s hockey team. The GM, Stan Bowman, resigned from that job and from his job as head of hockey operations for Chicago earlier this week amid the fallout from the Blackhawks scandal.

A USA Hockey spokesman said no decision has been made on Bowman’s successor.

Amid the shockwaves of the investigation into the Blackhawks’ mishandling of sexual assault allegations 11 years ago, TSN reported last week that the U.S. Center for SafeSport had opened an investigation into Guerin’s handling of the situation with Wilkes-Barre/Scranton. A spokesman said Thursday that SafeSport “does not comment on active matters to protect the integrity of the process.”

The Associated Press does not typically identify those alleging they were sexually assaulted, but Jarrod Skalde’s attorney, David Fish, said the family was fine with it because the matter had already been made public.

In the lawsuit, the Skaldes allege that Donatelli sexually assaulted Erin Skalde twice during an outing during the November 2018 road trip. He allegedly made unwanted sexual advances, reached up her shirt and grabbed her breasts and then later, in the back of a car with her husband in the front seat unaware of what has happening, reached down her pants and touched her vagina, despite her efforts to stop him.

Jarrod Skalde said he ended up reporting the incident to Guerin in June 2019 and that the GM assured him he would take care of the situation. Donatelli resigned later that month.

“When I learned of these allegations, I promptly brought them to Pittsburgh Penguins senior management,” Guerin said last December. “The allegations were quickly investigated. I emphatically deny anything to the contrary.” The Wild also released a statement last year, saying the team spoke with Guerin and supports him; on Wednesday, the team declined further comment.

The Penguins in a statement to The AP on Thursday said: “We took this incident very seriously and acted immediately. The team investigated and addressed the alleged incident within hours of being notified in June 2019 despite the fact that Mr. Skalde delayed seven months before he made any complaint. Following the report, Mr. Skalde continued to coach in Wilkes-Barre/Scranton for an additional year, until we made significant staff reductions due to the COVID-19 pandemic.”

Asked why the couple did not report the incident to police, Fish declined comment. The lawsuit said the Skaldes did not immediately report it to the team “because they had never experienced such an attack and were unsure what to do.”

“It was obviously embarrassing and traumatic to Mrs. Skalde,” the lawsuit says. “The Skaldes also were concerned that reporting the conduct could lead to retaliation and create a crisis for the Wilkes-Barre/Scranton Penguins in the middle of the season, causing harm to the team and its players through no fault of the Skaldes.”

The lawsuit is still active and a judge on Sept. 30 denied the Penguins’ motion for arbitration instead of a jury trial.

“The parties are in the process of exchanging information,” Fish said. “We think it’s an attempt by the Penguins to keep this from being in a public courtroom. With all of the issues in sports now relating to similar issues, we think it’s unfortunate, but we’re going to push ahead.”