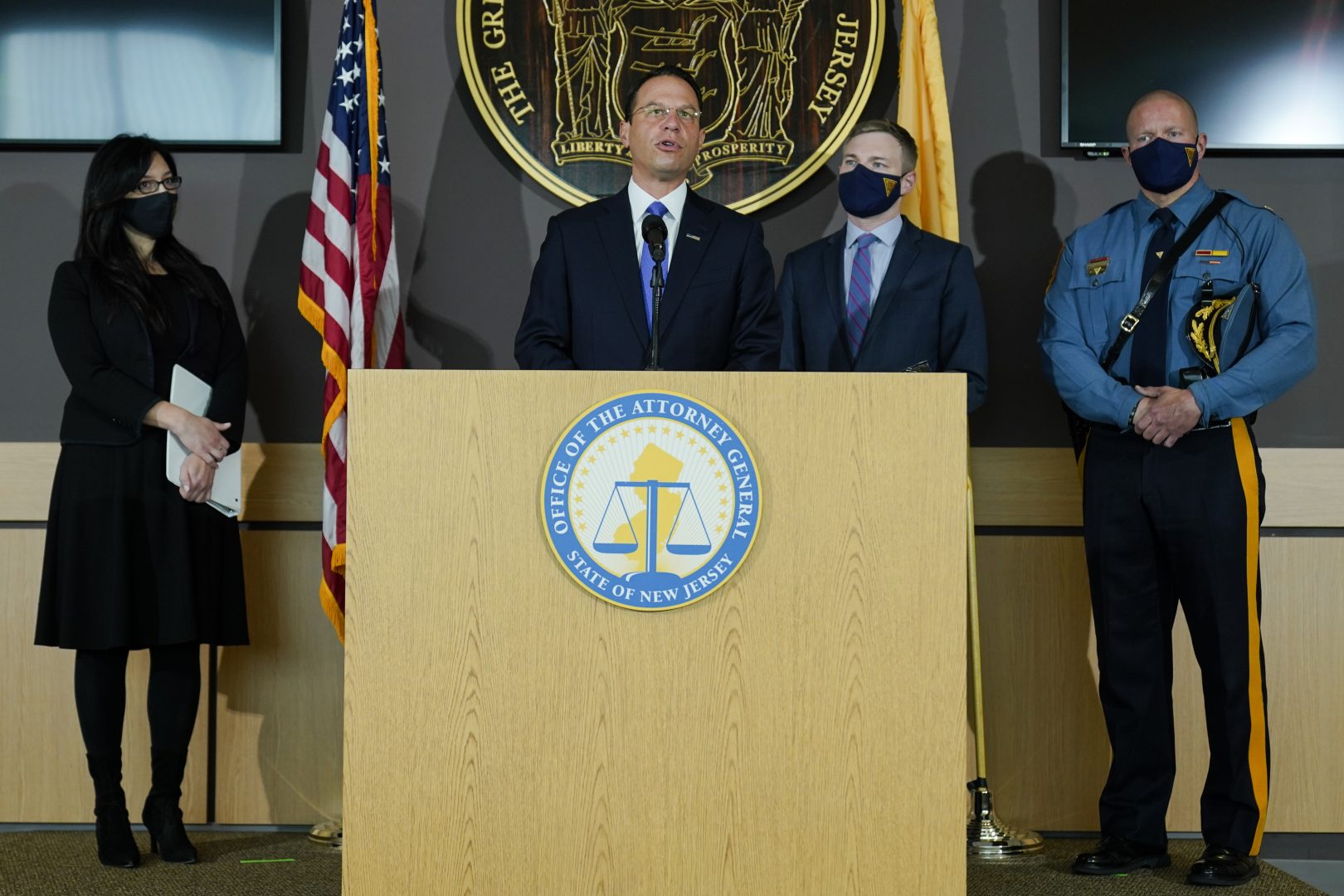 (Trenton) — A New Jersey man faces criminal charges after he purchased more than a dozen kits to make “ghost,” or untraceable, guns at a Pennsylvania exhibition, the top law enforcement officers from both states said Friday.

His girlfriend was also charged with one count of fourth-degree possession of a large-capacity magazine.

Ghost guns are firearms without serial numbers that cannot be traced by authorities.

A message seeking comment was left with the lawyer listed as Pillus’ defense attorney.

The attorneys general billed the arrest as a crackdown on ghost guns, which are illegal in New Jersey. A Pennsylvania judge in 2020 put a hold on a state police policy that called on retailers to call the state’s background check system and not simply use the online system for sales of ghost guns.

“Our message to gun traffickers is clear: if you bring illegal firearms into our state, we will prosecute you to the fullest extent of the law,” Bruck said. “We are committed to shutting down the pipeline of illegal firearms into New Jersey, especially the untraceable ‘ghost guns’ that are quickly becoming a favorite of criminals.”

Shapiro, who is running for governor in Pennsylvania next year, asked during a news conference why Pennsylvania lawmakers haven’t cracked down like New Jersey has.

“This case also underscores the need for new laws, both at the federal level and especially in Pennsylvania, to stop the flow of ghost guns into the hands of people looking to do harm in our communities,” he said.

Pillus’ case stems from a September visit to an Allentown, Pennsylvania, gun show where he bought the 13 handgun kits, according to officials. Authorities said they tracked him to his Morris County, New Jersey, residence where they also confiscated an AR-15-style rifle without serial numbers, 13 9-milimeter handgun kits, two 30-round AR-15 magazines, along with handwritten handgun assembly instructions and firearm assembly tools, among other things.

Shapiro credited the cooperative relationship between law enforcement in both states for the charges in this case.

New Jersey has tightened its already strict gun laws under Democratic Gov. Phil Murphy, who is running for reelection this year.

He’s promised more gun safety legislation if reelected. Among the laws Murphy signed in his first term include a reduction in the size of magazines from 15 rounds to 10 rounds, and a measure that made it a crime to transport, ship, sell or dispose of ghost guns in the state.

The indictment comes after a 2020, partnership between the states to halt interstate gun trafficking and solve gun crimes, known as the “PA/NJ Gun Trafficking Initiative.”