Members of the Draw the Lines initiative gathered outside the Capitol in late October to call on legislators to produce a fair congressional district map via a transparent process.

Despite transparency vows, much of Pa.’s redistricting still takes place behind closed doors

The task of reshaping Pennsylvania's political maps falls to a small group of legislative insiders, a system that critics worry facilitates backroom deals.

(Harrisburg) — This year’s monumental redrawing of Pennsylvania’s political maps was preceded by an intense push for more public input, as well as a failed effort to take the power out of lawmakers’ hands and give it to an independent citizens commission.

The lawmakers leading the process have vowed openness and transparency, though advocates for overhauling redistricting say there is no guarantee they will follow through on such promises.

And as it has in past decades, the task of actually shaping the districts — and helping determine the balance of power in Harrisburg and Washington, D.C. — falls to a small group of legislative insiders who work behind closed doors.

The top Democrats and Republicans in each legislative chamber employ their caucuses’ demography teams, which are mostly led by staffers who have been drawing district maps for more than 20 years. The demographers represent the interests of their caucus members when they create maps and hash out disagreements with their counterparts across the aisle.

Critics of the current redistricting process worry a lack of oversight will facilitate backroom dealings that preclude public input and create maps that are manipulated to benefit one party over another or help politicians maintain incumbency — a practice known as gerrymandering. During the last redistricting cycle, both the congressional and legislative maps were eventually found to be unconstitutional.

Every 10 years, using updated census information on where the state has grown or shrunk, Pennsylvania redraws its state and federal districts to better represent its population.

The state’s congressional map is approved through the traditional legislative process, which requires a vote from the Pennsylvania House and Senate and the signature of the governor.

No one involved in the congressional or legislative process who spoke to Spotlight PA detailed the exact methodology behind drawing district lines. They described a formulaic approach that meets the constitutional requirements of contiguity and compactness but said each district has a unique profile that will produce deviations from ideal sizes and shapes. Geographic features such as valleys or rivers can result in an oddly shaped district, while keeping communities of interest together — such as Latino or Hispanic residents in Philadelphia — means a district won’t always have the ideal population size.

The last congressional redistricting cycle saw virtually no collaboration between the Republican and Democratic caucus demographers as GOP lawmakers controlled both the legislative and executive branches. The map was passed within 10 days of its introduction along mostly partisan lines and with little collaboration from the public or Democrats. In 2018, the state Supreme Court threw out this map, finding it was drawn to unfairly benefit Republicans.

The Republican demography teams again will take the lead on drawing the congressional map, while the House and Senate State Government committees will serve as the face of the effort — holding hearings for public feedback and accepting criticism.

Democratic Gov. Tom Wolf could veto the map, likely sending it to the majority Democratic state Supreme Court. This division of power will require the Republican leaders to collaborate with their Democratic counterparts if they hope to pass a map with a margin that supersedes a veto. 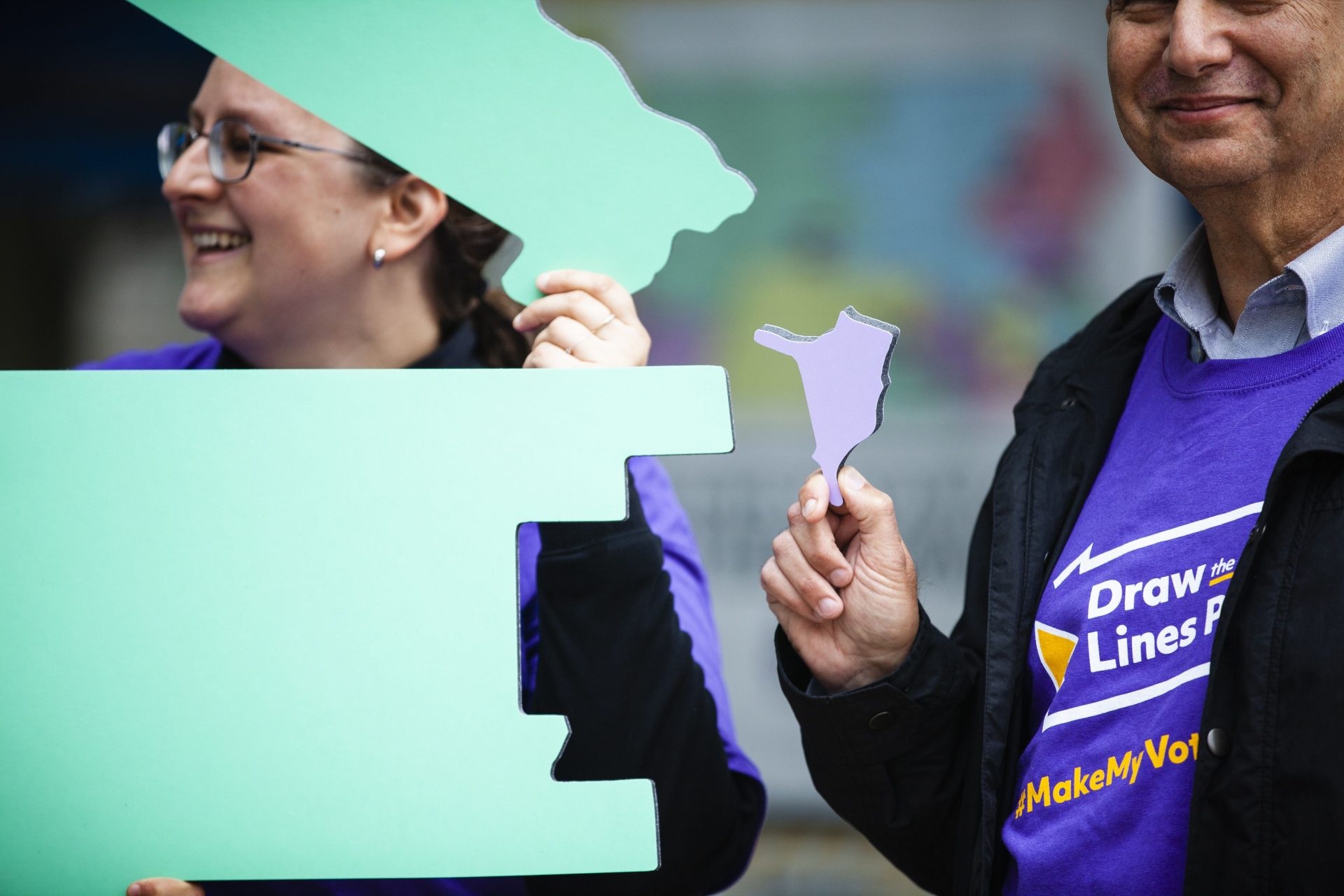 The lawmakers leading the process have vowed openness and transparency, though advocates for overhauling redistricting say there is no guarantee they will follow through on such promises.

Pennsylvania’s state House and Senate maps are handled by the Legislative Reapportionment Commission, which is made up of the four caucus leaders — two Republicans and two Democrats — and an independent chair. This cycle, the chair is Mark Nordenberg, former chancellor of the University of Pittsburgh.

In an interview with Spotlight PA, Nordenberg said he will not draw any maps himself and instead focus on listening to the concerns of the public. The panel already has hosted 10 meetings dedicated to hearing comments from experts and interested parties as well as accepted written testimony and district maps created by the public.

The caucus mapmakers who work on the congressional map also handle the legislative ones.

In the past, members have met to define which areas of the House legislative map will be drawn by Democrats and which will be drawn by Republicans, according to one member of the House Democratic demography team who asked not to be named to speak openly about the process. Subsequently, each caucus handled its own mapping internally and drew the districts in areas that were predominantly composed of their party’s voters.

“We’ve essentially sat down with our caucus counterparts, whether in the House [or] Senate, [and tried] to find places we agree first,” the mapmaker said.

The Democratic and Republican teams will work together on “parts of the state where we have broad agreement,” the mapmaker said. “We go to the chair to make decisions on parts that we can’t agree on.”

Earlier this year, Nordenberg hired Jonathan Cervas — a postdoctoral fellow at Carnegie Mellon University and research associate at the Princeton Gerrymandering Project — to help assess proposed maps and research suggestions from the public.

Cervas said he believes the commission has a good process to field public critique but recognizes the final map matters most.

“What frustrates the reformers is when they don’t feel like they’re being heard, especially when the taxpayers are paying for something,” Cervas said.

The calls for public collaboration and transparency stem, in part, from the notion that the redistricting process has been rooted in protecting incumbents, thereby basing district lines on keeping officials in office despite significant demographic changes. The state Supreme Court deemed the previous cycle’s legislative maps unconstitutional for that very reason.

Those leading the Legislative Reapportionment Commission argue that their approach is driven by data, not politics. However, caucus leaders do consult with their members when drawing maps.

Costa and his lead demographer, for instance, have met with each member of the Senate Democratic caucus to discuss what they think each district will look like, showing them different versions of their districts.

“The desire is to look at the districts we have today and address them in a way that [flies] with the constitution and [flies] with case law and recognize the growth patterns,” Costa said. “A member doesn’t come in and draw [their] own district that protects themselves.”

It’s unclear when the public will get to see the proposed district lines, though lawmakers are working against the clock.

On Monday, the Legislative Reapportionment Commission voted to accept census data that had been cleaned for redistricting. Under the state constitution, the panel has until Jan. 12 to release maps to the public. Upon the release of the maps, Pennsylvanians then will have 30 days to provide feedback to the panel.

Costa said he expects to complete the process in about half the time and release the preliminary maps within 45 days, around Nov. 28. The 30-day window for public input will begin on the day the maps are released. The panel plans to host more public hearings and review maps submitted by the public during this time.

For congressional redistricting, there is no constitutionally mandated timeline, and leaders have not said when they expect to release that map or how long they will give Pennsylvanians to provide feedback.

However, both parties have expressed a desire to complete the process before it affects the 2022 May primaries. If maps are released after Feb. 15, the candidacy filing deadline, politicians might run for a district that will not exist by the general election. 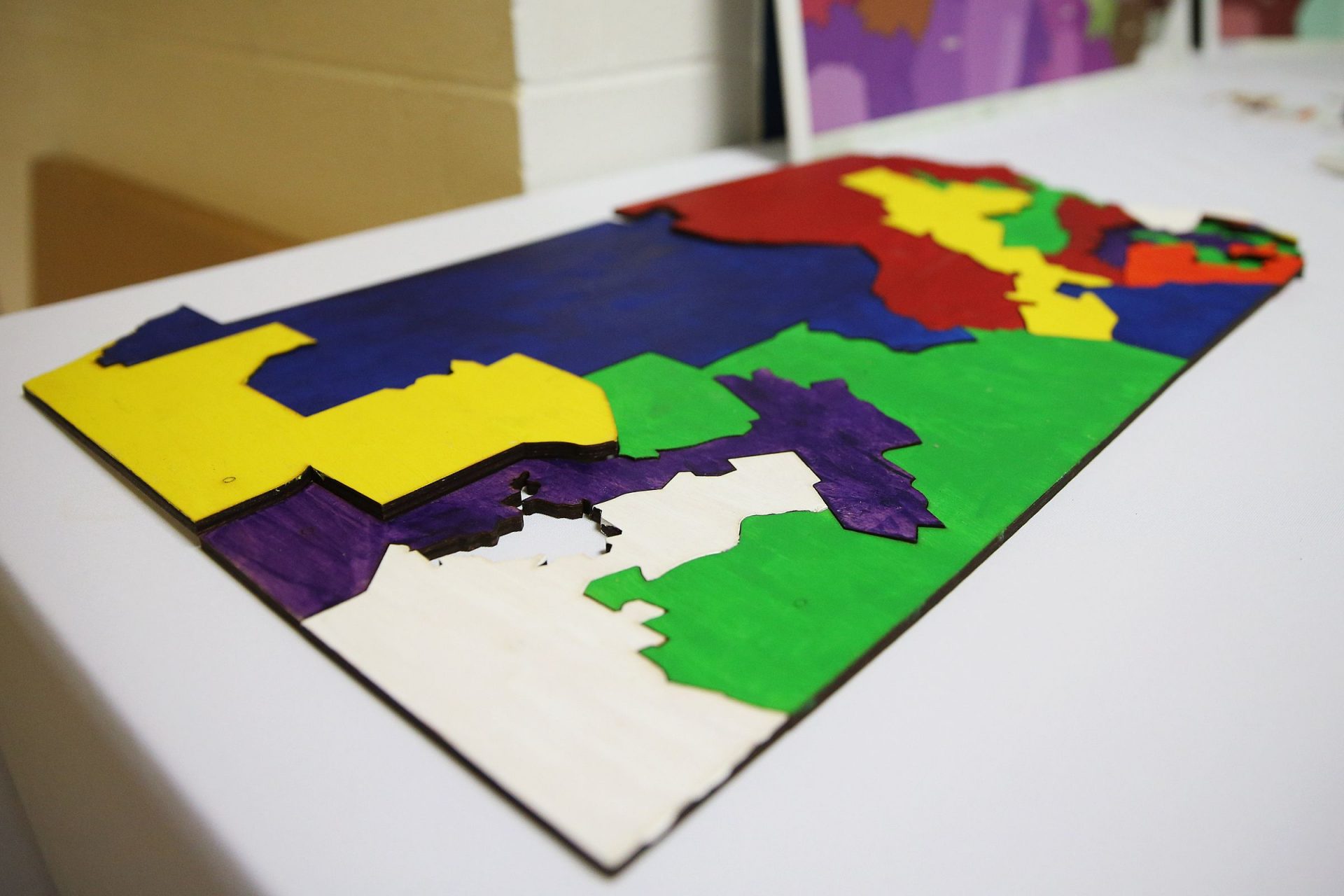 The delivery of new census data means the redrawing of Pennsylvania’s political maps can begin.

Organizations such as Fair Districts PA and the Committee of Seventy’s Draw the Lines initiative have already created their own maps using the 2020 census data that they want legislators to consider. Draw the Lines has also called for legislators to immediately release a congressional map in order to allow the public more time to study and critique the proposal.

While both the Legislative Reapportionment Commission and State Government committees have held hearings, advocates say they still don’t know how lawmakers will actually use and incorporate public feedback. Only the release of the maps themselves will reveal whether citizens’ concerns were heard.

Adam Podowitz-Thomas, senior legal strategist of the Princeton Gerrymandering Project, said the public will be able to assess how fair the maps are faster than in any previous redistricting cycle because of free, publicly available mapping software such as Dave’s Redistricting and Districtr.

“I think that means that legislators are hopefully less likely to engage in the most extreme abuses because they know there’s going to be an immediate outcry that happens.”