"Mr. Bannon will comply with our investigation or he will face the consequences." 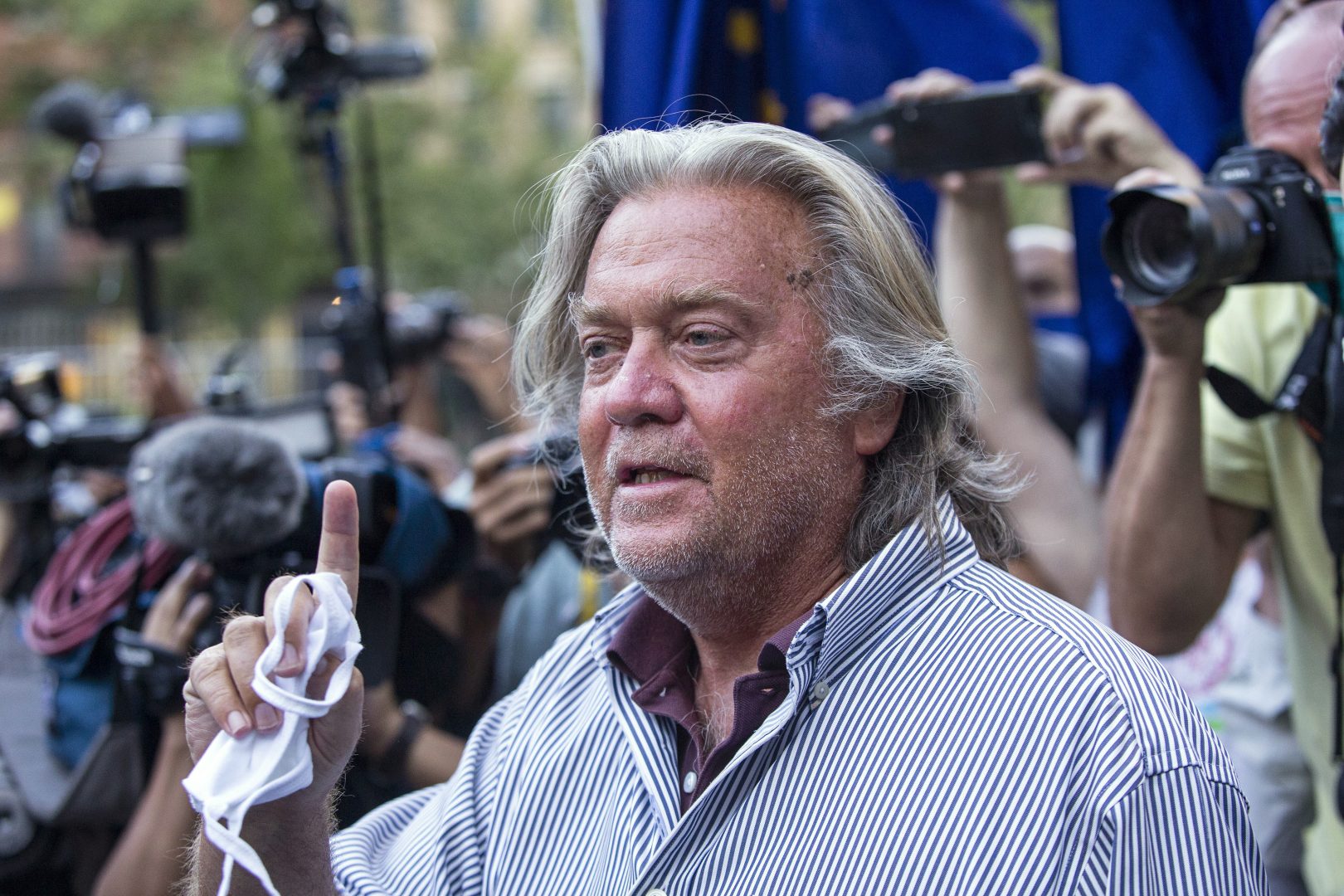 (Washington) — The House committee investigating the Jan. 6 attack on the U.S. Capitol on Tuesday evening unanimously approved a criminal contempt report against Steve Bannon, an ally of former President Donald Trump’s, for defying a subpoena from the panel.

The vote sends the measure to the full House for a planned vote Thursday. If the chamber approves it, the referral would be sent on to federal law enforcement for potential charges.

The nine-member committee, made up of seven Democrats and two Republicans, was united in their scathing response to Bannon’s refusal to come before the panel. Bannon no-showed for a deposition that was sought last Thursday, and did not turn over documents for another deadline a week earlier.

“Mr. Bannon will comply with our investigation or he will face the consequences,” the committee’s chairman, Rep. Bennie Thompson, D-Miss., said in prepared remarks to open a meeting to take up the contempt report.

“Maybe he’s willing to be a martyr to the disgraceful cause of whitewashing what happened on January 6th — of demonstrating his complete loyalty to the former President,” Thompson added. “So I want other witnesses to understand something very plainly: If you’re thinking of following the path Mr. Bannon has gone down, you’re on notice that this is what you’ll face.

In the 26-page contempt report, the panel documented its many attempts to make contact with Bannon regarding documents and testimony. Members reiterated that his claim of executive privilege, which says that a president can keep private certain documents or discussions with advisers, did not apply in his case.

The panel also shared a series of exchanges with Bannon’s attorney, Robert Costello, warning that the former Trump strategist was in “defiance” of his subpoena.

The move comes the day after Trump himself filed a lawsuit against the committee, saying he still retained executive privilege. Trump had advised Bannon and others that the legal shield protects them from sharing certain conversations and documents.

However, the committee’s members have argued that protection rests with President Biden, who waived the privilege regarding an earlier document request. They also argued that Bannon’s case especially does not apply since he was a private citizen as of Jan. 6 and not part of the Trump administration. 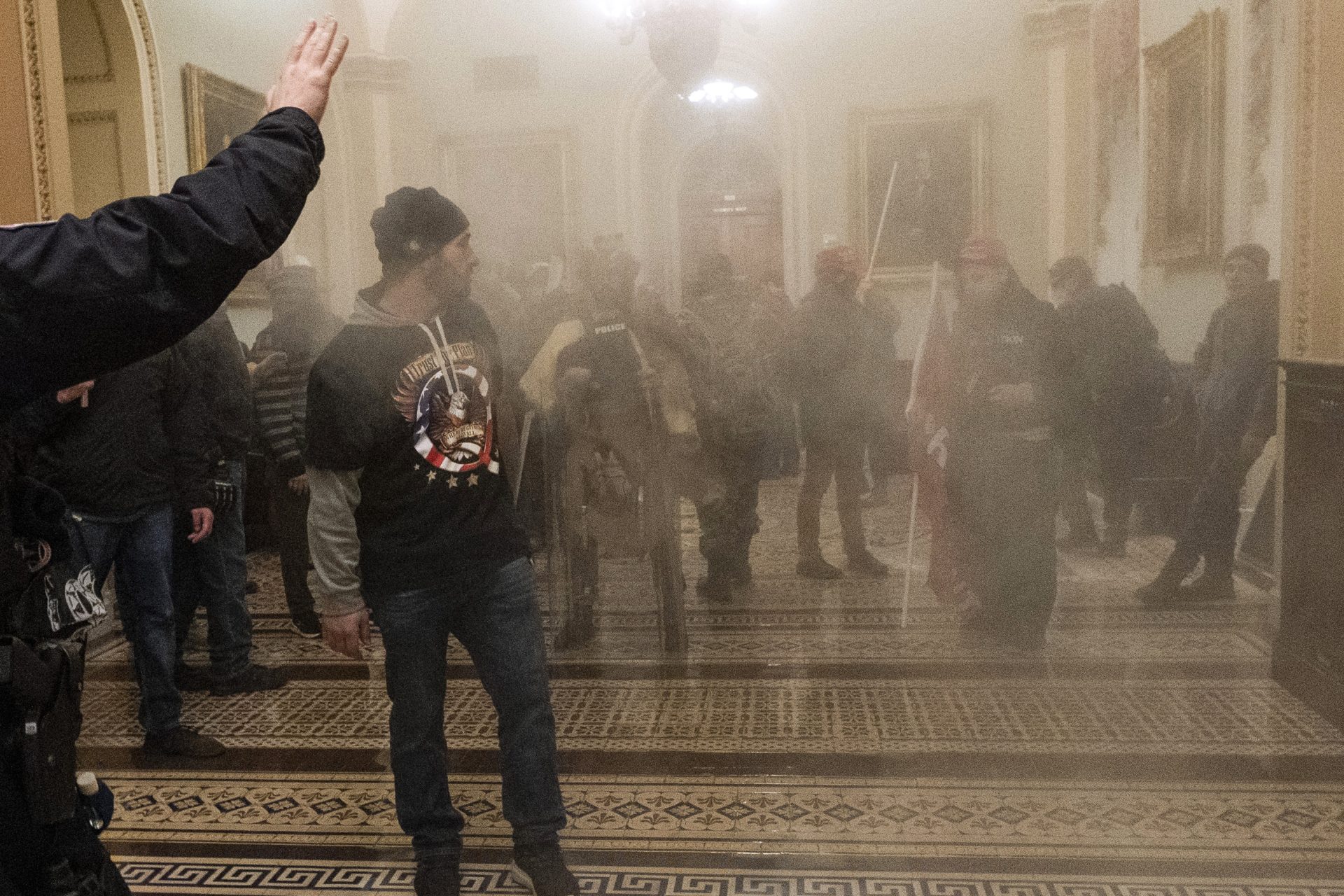 FILE – In this Jan. 6, 2021, file photo, smoke fills the walkway outside the Senate Chamber as supporters of President Donald Trump, including Eric Bochene, far right, are confronted by U.S. Capitol Police officers inside the Capitol in Washington. (AP Photo/Manuel Balce Ceneta, File)

The contempt report now heads to the House floor for a vote that’s scheduled Thursday on whether to approve the referral, and the plan is expected to win approval in the Democratic-controlled chamber. Following passage, House Speaker Nancy Pelosi, D-Calif., could certify the report for the U.S. attorney’s office, which can then take it before a grand jury for consideration.

Ultimately, these final prosecution steps could involve the highest levels of the Justice Department, including Attorney General Merrick Garland, as such cases are rare.

“It’s exceedingly rare for the Department of Justice to charge anyone with contempt of Congress,” said Daniel Goldman, a former House impeachment lawyer who served during Trump’s 2019 case before the lower chamber. “This is an unusual situation where you have executive branch officials from a previous administration, not the current administration. And it’s also incredibly unprecedented, unusual circumstances surrounding a insurrection, riot and effort to overturn a lawful election.”

Goldman also noted that pursuing such a criminal referral was “not an option for us” during Trump’s 2019 impeachment as the Justice Department would not have followed through on the contempt report.

“Ultimately, this is going to rest on the Department of Justice and whether they’re willing to use their authority to enforce these subpoenas,” Goldman told NPR after the committee announced its plans to pursue the contempt charge.

The committee has a number of other subpoena deadlines approaching, including ones for the right-wing Stop the Steal group and nearly a dozen other organizers behind the rally that preceded the deadly attack on the Capitol.

And the committee issued another subpoena Wednesday for Jeffrey Clark, an ex-Justice Department official who had promised to pursue Trump’s false election fraud claims.