U.S. Rep. Mike Doyle is retiring from Congress after more than a quarter-century in office

The longtime lawmaker said he hopes his early decision will encourage others to run.

(Pittsburgh) — Mike Doyle, who has represented western Pennsylvania in Congress for more than a quarter-century and became the dean of Pennsylvania’s Congressional delegation, announced Monday that he will not run again for re-election. As WESA was first to report early this morning, the move comes as the incumbent faced a challenge from the left next year and — if he won — the prospect of being in the minority party in the U.S. House.

“I stood by the people of Pittsburgh and they stood by me, sending me back to represent them 13 additional terms,” the 18th District Democrat told reporters Monday afternoon at his South Side district office. “I have no doubt they would do it again today if I were announcing my intention to seek reelection in 2022. But I believe the time has come to pass the torch to the next generation. It’s not an easy decision, and I spent most of this year going back and forth over whether to seek a 15th term.”

Doyle said he hopes his early decision will encourage others to run.

“The district deserves to hear from a robust field of candidates, and I want to make sure the potential candidates have enough time to fundraise and put their platform in front of the people of Pittsburgh,” he said. “There are many people, I think, who would consider running, but they might not do so if they think that I’m running. So I want to give them the time and the opportunity to do that.”

Doyle noted that with his departure, both seats to represent Allegheny County in the U.S. are now open, and district boundaries will change with the new Congressional map. Democrat Conor Lamb, who represents the 17th District, is running for the open U.S. Senate seat.

“This is a good transition time for a new member to start in a new district,” Doyle said. “With no incumbents in the 17th and 18th Districts, this is an opportunity to look at the Congressional map and Allegheny County with fresh eyes and hopefully draw it in such a way that we can preserve two Democratic seats.” 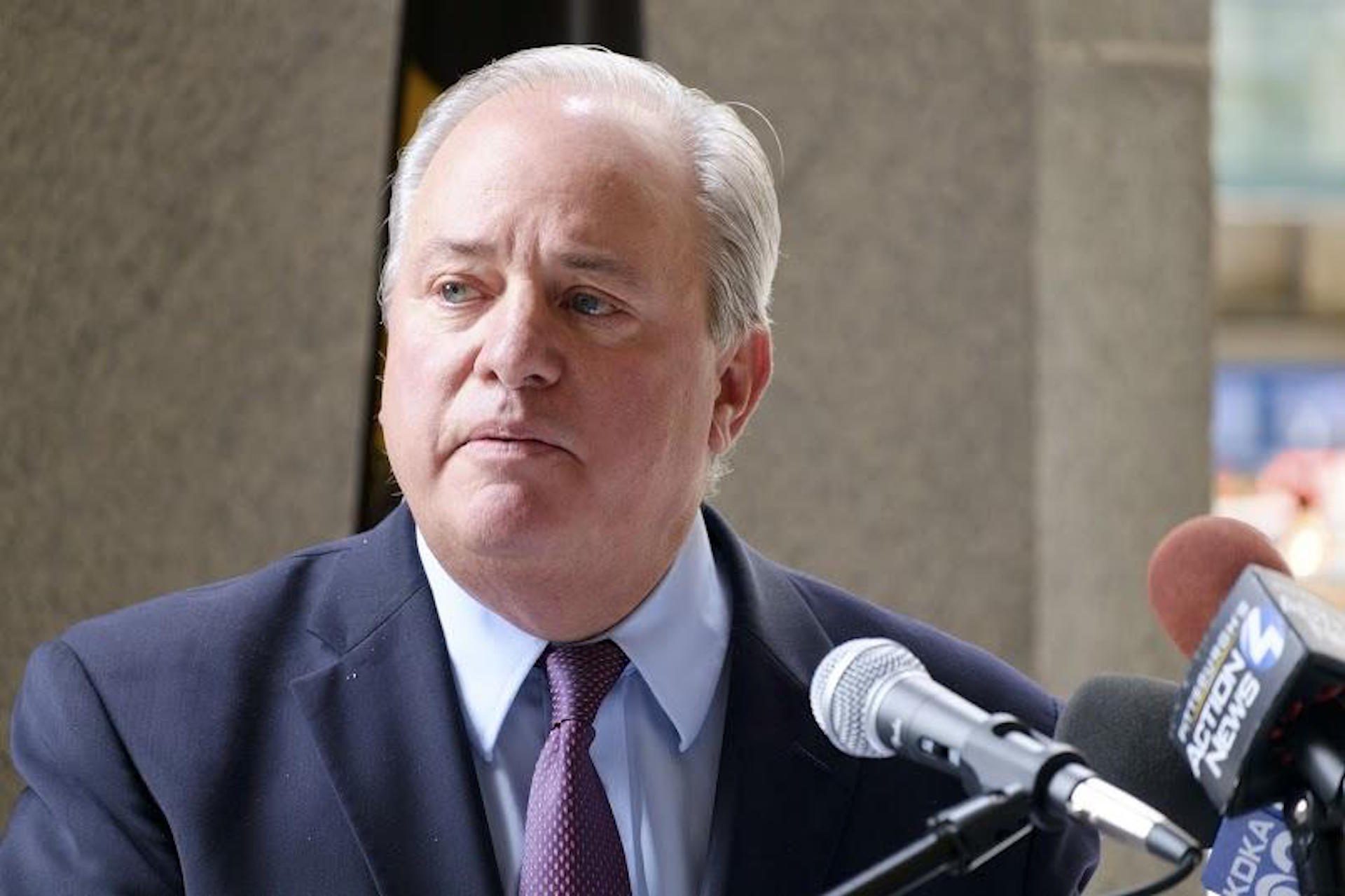 A Forest Hills resident who was first elected to Congress in 1994, Doyle, 68, rose to chair a subcommittee on communications and technology. Elected from a region that has tried to shift its economy from steel to medicine and technology, Doyle has taken up a number of tech-related causes, including the expansion of high-speech broadband internet service, net neutrality and energy issues. He also co-founded a caucus dedicated to robotics — and coached House Democrats in charity baseball games with their rivals across the aisle.

His departure leaves the field to a lone Democratic rival, University of Pittsburgh law professor Jerry Dickinson. But more entrants are likely: State Rep. Summer Lee, a standard-bearer for a progressive movement in Pittsburgh, has been rumored to enter the race for months. On Monday morning, Lee filed paperwork with the Federal Elections Commission for a Congressional run.

On Monday, Doyle said he “has absolutely nobody in mind” for his successor, but said there’s still work to do.

“The way you get things done is when you work together and push in the same direction, and I think that’s been part of Pittsburgh’s success story,” Doyle said. “But …. all boats have not been risen yet. So we know there’s work to do, too. And I would hope that my successor, whoever that is, continues that work and continues the partnerships that have made us successful.”

Dickinson’s campaign issued a statement thanking Doyle for having “represented Western Pennsylvania with dignity and advocated passionately for our communities.” But it added that “one thing has been clear: Pittsburgh is ready for a new direction.”

Party insiders say that it is highly likely that the field for the seat will grow. With Dickinson and Lee both to the left of Doyle, a moderate Democrat may find room to run. One name that has surfaced as a potential candidate, for example, is that of state Rep. Austin Davis, who represents the district next door to Lee’s and who had been laying groundwork to run for lieutenant governor next year.

But in any case, “We’re gonna have a bunch of candidates get in,” said Darrin Kelly, the top AFL-CIO official in southwestern Pennsylvania.

Doyle has received an almost-perfect 98 rating from the AFL-CIO. A skeptic of trade deals, in 2019 he voted in favor of a Trump Administration trade agreement that superseded Democrat Bill Clinton’s NAFTA.

Kelly said it was “a very sad day” to think of losing “the strong voice that we have had in Mike Doyle — not just for the labor movement but western Pennsylvania as a whole. We can only hope the next person who comes in is as passionate as he was. … He always took our message into consideration, no matter what it was.”

Kelly said he spoke to Doyle roughly three times a week, and that labor would take a strong interest in his successor.

“The biggest thing at stake here is making sure western Pennsylvania’s voice is heard in D.C.,” he said. “That coincides with seeing that funding for western Pennsylvania projects does not cease” when it comes to needs like lock and dam work and other infrastructure needs.

Beyond that, though, Kelly said, “It’s far too early to say anything about any of these candidates. Both of them will be strong, I am sure, but we don’t know all the candidates or where the lines will be.” 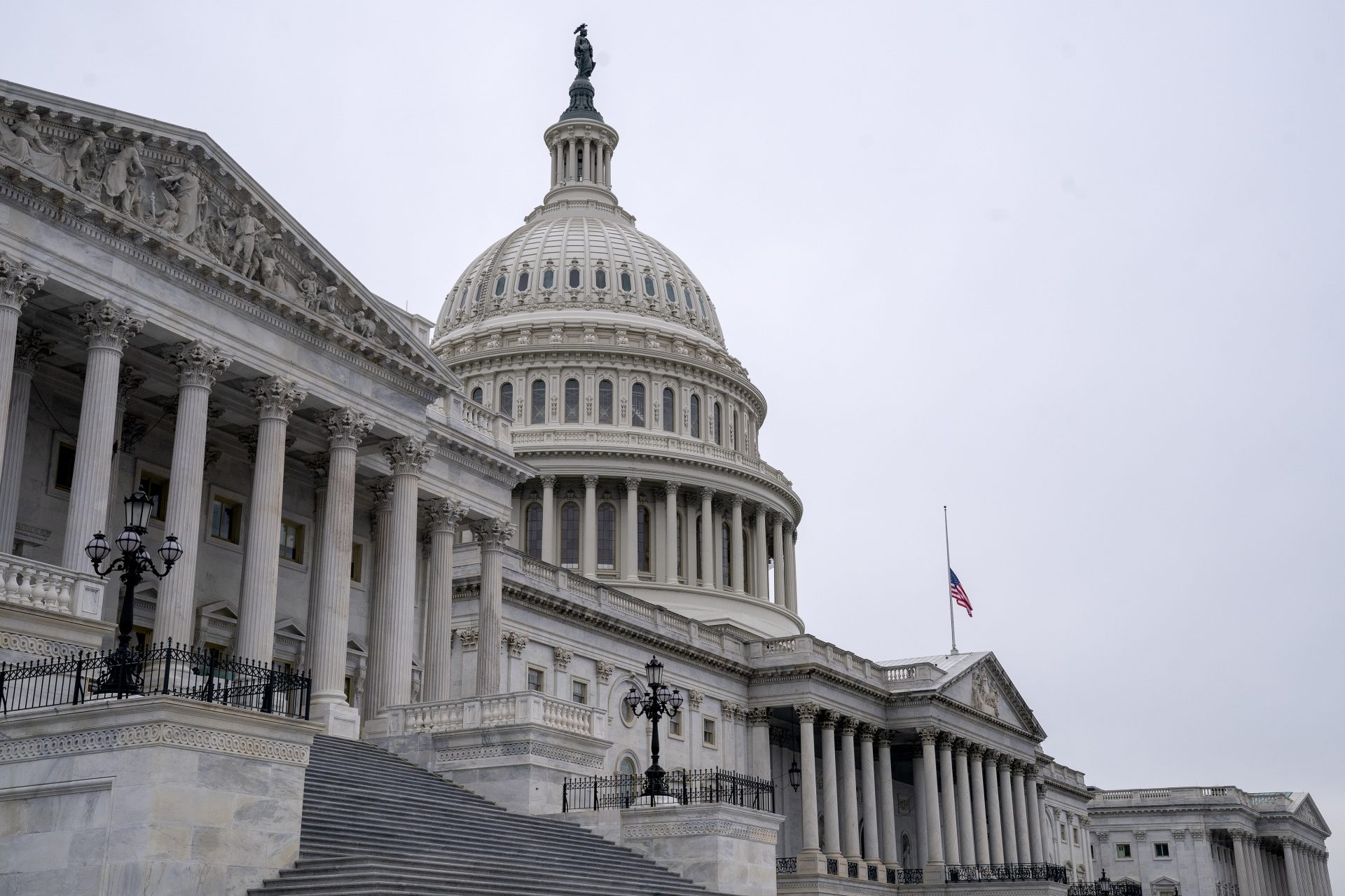 Allegheny County Executive Rich Fitzgerald credited Doyle’s work on development in East Liberty and the North Shore, as well as for technology investments in Lawrenceville, Hazelwood Green, Carnegie Mellon, and the University of Pittsburgh. In a statement, Fitzgerald said: “He was a mentor of mine — and so many others including Congressman Lamb, Senator Costa and Representative Davis. I can truly say that without his mentoring, leadership and friendship, I would not be the County Executive today. His influence was that great and his retirement will leave a large void at all levels which will be difficult to fill.”

Doyle has had little difficulty securing re-election, and he brushed back a challenge from Dickinson by a two-to-one margin last year. But speculation about his intentions has been mounting steadily in Democratic circles, and when campaign-finance reports released Friday showed only modest activity on his part, there was word that Doyle would announce his intentions Monday.

Doyle’s fundraising prowess has rarely been put to the test, and Dickinson outraised him the past two quarters, tapping a network of fellow lawyers and grassroots donors through the Democrats’ online donation vehicle, ActBlue. Doyle, by contrast, relied almost entirely on political committees, many with ties to the telecom industry. That raised concerns among Democrats about his appetite for another run.

Another complicating factor going forward is redistricting. The drawing of lines after each Census is inherently a political process, with an eye toward the desires of current incumbents. With Doyle facing an uprising on his left, insiders say, there had been discussion of a map that divided up Allegheny County into two Democratic-friendly districts, adjusting the current map to split some of the city’s vote. That would preserve a Democratic-friendly lean for the seat held by U.S. Rep. Conor Lamb, while also creating a more moderate landscape for Doyle.

Doyle’s departure means all of that is subject to change. And the fact that his first two declared replacements are Black progressives suggests how much western Pennsylvania’s landscape has changed since Doyle first became a fixture of it in the mid-1990s. Both politically and geographically, that terrain has shifted under his feet.

Doyle was one of five freshman representatives to be elected in 1994 — he is the only member of that class still remaining — and the 18th district then was not reliably Democratic: Doyle inherited it from arch-conservative Rick Santorum, who moved on to the U.S. Senate. In a year in which Democrats lost control of the House for the first time in decades, Doyle ran as a determined centrist, telling the Pittsburgh Post-Gazette after his win over Republican John McCarty that he would support Republican ideas such as a balanced-budget amendment and term limits.

But subsequent redistricting drew Doyle into a district that included the city of Pittsburgh — a liberal bastion compared to the areas he was used to representing — and the party itself began to change.

At the outset, Doyle had been a pro-labor Democrat who skewed conservative on issues such as abortion — a mainstay of the party in places like Western Pennsylvania. But the influence of such voices waned, and Doyle himself shifted leftward on issues such as abortion. A longtime supporter of the Hyde Amendment, which bars the use of federal funding for abortions in most cases, Doyle reversed that position in 2019, joining as a cosponsor of a bill to revoke the ban.

And Doyle was willing to take a stand — or a seat — on such issues as gun violence when he joined dozens of Democrats in a 2016 sit-in on the House floor to demand action on gun control legislation. He took a difficult vote to oppose authorizing military action against Iraq in 2002,

Doyle’s move comes a week after Kentucky’s John Yarmuth, who chairs the House Budget Committee, announced his own intention to retire after next year. Republicans are citing that move — and will almost certainly cite Doyle’s — as a sign that Democratic spirits are flagging before an off-year election cycle that history suggests will be good for the party out of power.