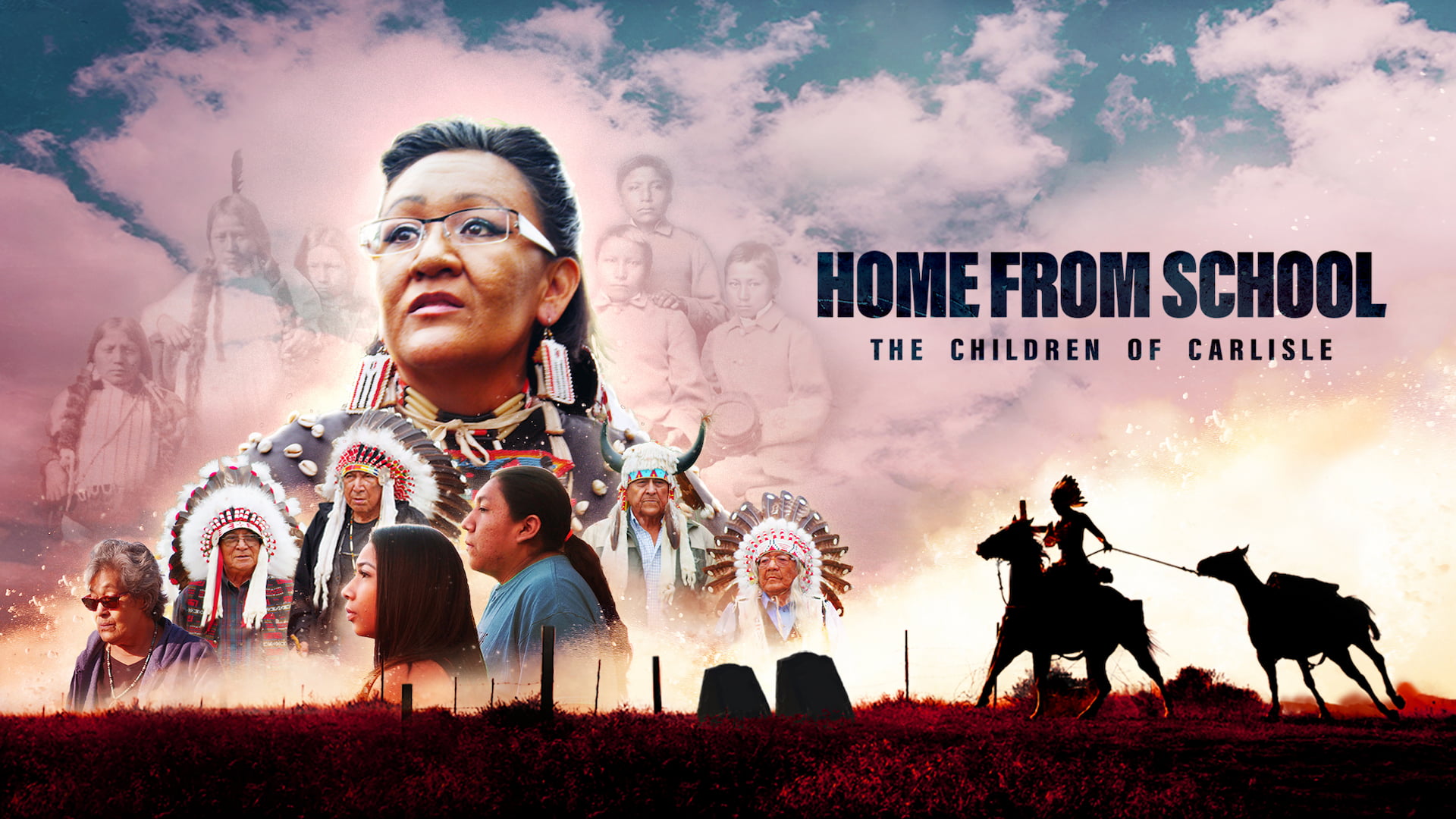 To move forward they must heal the past…

In 2017, a delegation of Northern Arapaho tribal members traveled from Wyoming to Carlisle, PA to retrieve remains of three children who died at the Carlisle Indian Industrial School in the 1880s. Take a journey into the troubled history of Indian boarding schools and a quest to heal generational wounds.

Join WITF, the Cumberland County Historical Society, and Dickinson College for a special premiere screening event and community conversation around the new Independent Lens/Caldera Productions film Home From School: The Children of Carlisle November 18th at 6:30pm at the Carlisle Theatre.

Watch the full film premiere before it airs on WITF TV. Afterwards, join the film’s producer, writer, and director Geoff O’Gara along with a panel of experts for an insightful and healing conversation about the documentary. We invite and encourage the audience to ask questions, make comments and engage in the discussion along with the panel.

This Event is Sold Out

Home From School: The Children of Carlisle delves into a dark chapter in American history. Our hope is that the film inspires viewers to acknowledge this history that we are all a part of, to learn from it and act on it.

About Home From School

“Kill the Indian in him, and save the man” was the guiding principle of the U.S. government run Indian boarding school system starting in the late 19th Century. The program removed tens of thousands of Native American children from their tribal homelands, and through brutal assimilation tactics, stripped them of their languages, traditions, and culture. The students were forced through a military-style, remedial education. Most children returned emotionally scarred, culturally unrooted with trauma that has echoed down the generations. Many students never returned home, having died at the schools. Home From School: The Children of Carlisle dives into history of the flagship federal boarding school, Carlisle Indian Industrial School, and follows the modern-day journey of the Northern Arapaho Tribe as they seek to bring home the remains of three children who died at Carlisle over 100 years ago. To move forward they need to heal from the past, and in doing so they forge the way for other tribes to follow.

Learn more about the film at homefromschoolfilm.com

Can’t attend the screening event? Watch the broadcast premiere of Home From School: The Children of Carlisle on WITF TV on Tuesday, November 23 at 9pm.

With additional support from Second Presbyterian Church and an Anonymous Cumberland County Historical Society Board Member.