The Democrat has become the dean of Pennsylvania's Congressional delegation since first taking office in 1995.

(Pittsburgh) — Congressman Mike Doyle will make what his office calls “a major announcement about the 2022 elections” today amid expectations that the 14-term Congressman will retire at the end of his term rather than run for re-election next year.

A brief statement said Doyle will be holding a press conference at 1 p.m. this afternoon. Doyle did not respond directly when asked about his plans early Monday but said a statement would be forthcoming this afternoon.

Doyle, who has become the dean of Pennsylvania’s Congressional delegation since first taking office in 1995, sent out the press advisory shortly before 7 a.m. Monday morning. But multiple local Democrats told WESA last week and during the weekend that they expected him to announce plans to retire today.

Doyle faces a challenge from the left in next year’s Democratic primary. And if he were to win, it might only be to confront the prospect of being a member of the minority party in the U.S. House in an off-year election where signs point to Republican gains.

Doyle faces a challenge from University of Pittsburgh law professor Jerry Dickinson. And state Rep. Summer Lee, a standard-bearer for a progressive movement in Pittsburgh, has been rumored as a potential contender for months.

Both Lee and Dickenson are to the left of Doyle, which means his departure from the race could create an opening for a more moderate Democrat. 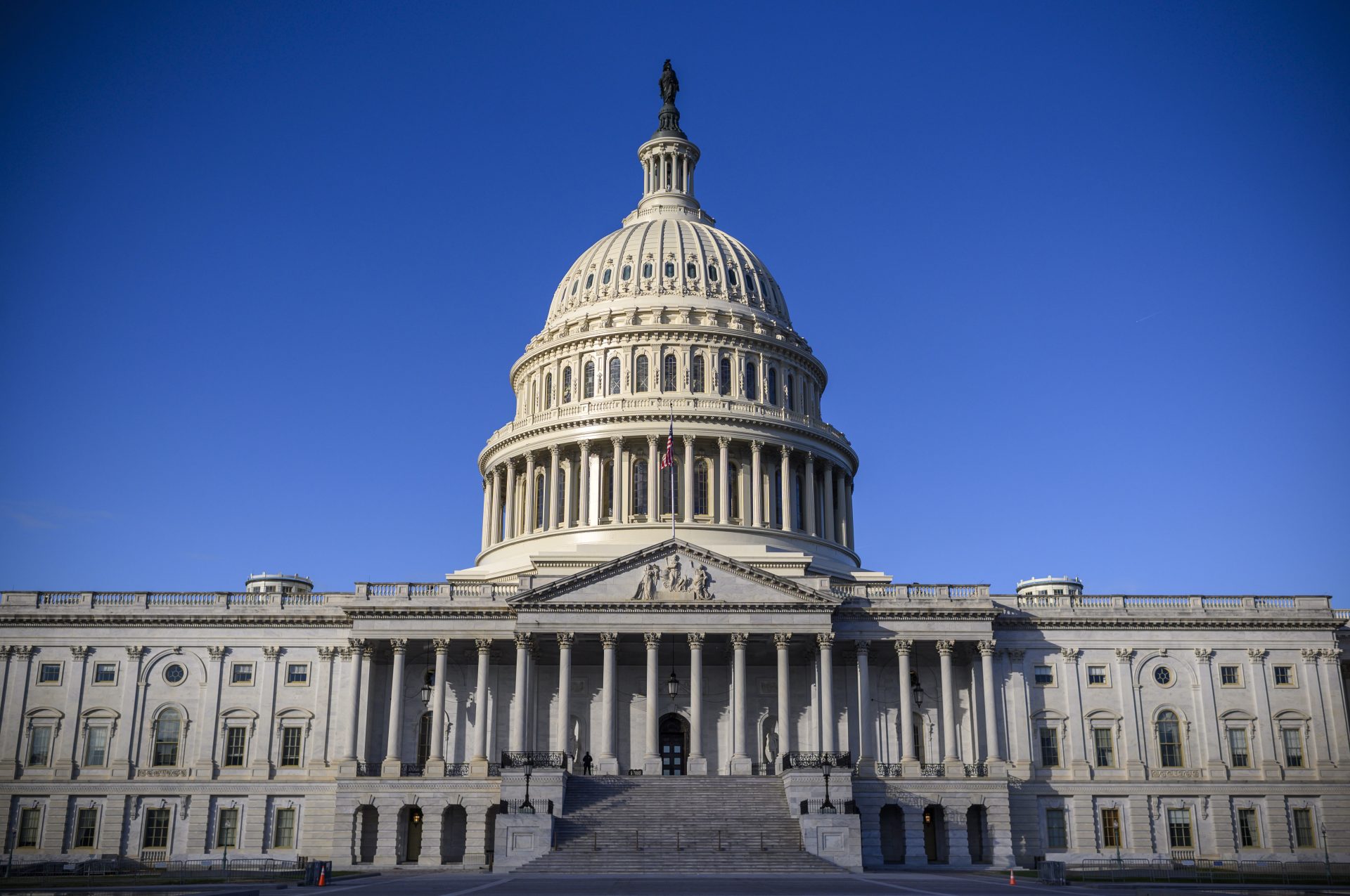 The US Capitol building is seen on a cold and sunny winter day as Congress is in session in Washington on December 29, 2020.  (Photo by ERIC BARADAT/AFP via Getty Images)

Since being elected as one of five freshman legislators from Pennsylvania in 1994, Doyle, 68, rose to chair a subcommittee on communications and technology. Elected from a region that has tried to shift its economy from steel to technology, Doyle has taken up a number of tech-related causes, including the expansion of high-speed broadband internet service, net neutrality and energy issues. He also co-founded a caucus dedicated to robotics — and coached House Democrats in charity baseball games with their Republican rivals across the aisle.

Doyle also has maintained his roots as a western Pennsylvania labor Democrat, receiving an almost-perfect 98 rating from the AFL-CIO. A skeptic of trade deals, he voted in 2019 in favor of a Trump Administration trade agreement that superseded Democrat Bill Clinton’s NAFTA. And he was willing to take a stand — or a seat — on issues such as gun violence when he joined dozens of Democrats in a sit-in on the House floor to demand action on gun control legislation. He took a difficult vote to oppose authorizing military action against Iraq in 2002.

In the past, Doyle has had little difficulty securing re-election. He brushed back a challenge from Dickinson by a two-to-one margin last year, but Doyle’s fundraising prowess has rarely been put to the test, and Dickinson outraised him in the past two quarters, tapping a network of fellow lawyers and grassroots donors through the Democrats’ online-donation vehicle, ActBlue. Doyle’s modest fundraising has added to uncertainty about the strength of a progressive challenge — a threat that became increasingly real after Pittsburgh Mayor Bill Peduto succumbed to a challenge from his left in last spring’s Democratic primary.