A proposed change to what counts as a metropolitan area could have big impacts on small metro towns like State College.

Communities such as State College are exploring their options for contesting the population counts, which they say do not accurately reflect how many people live there. 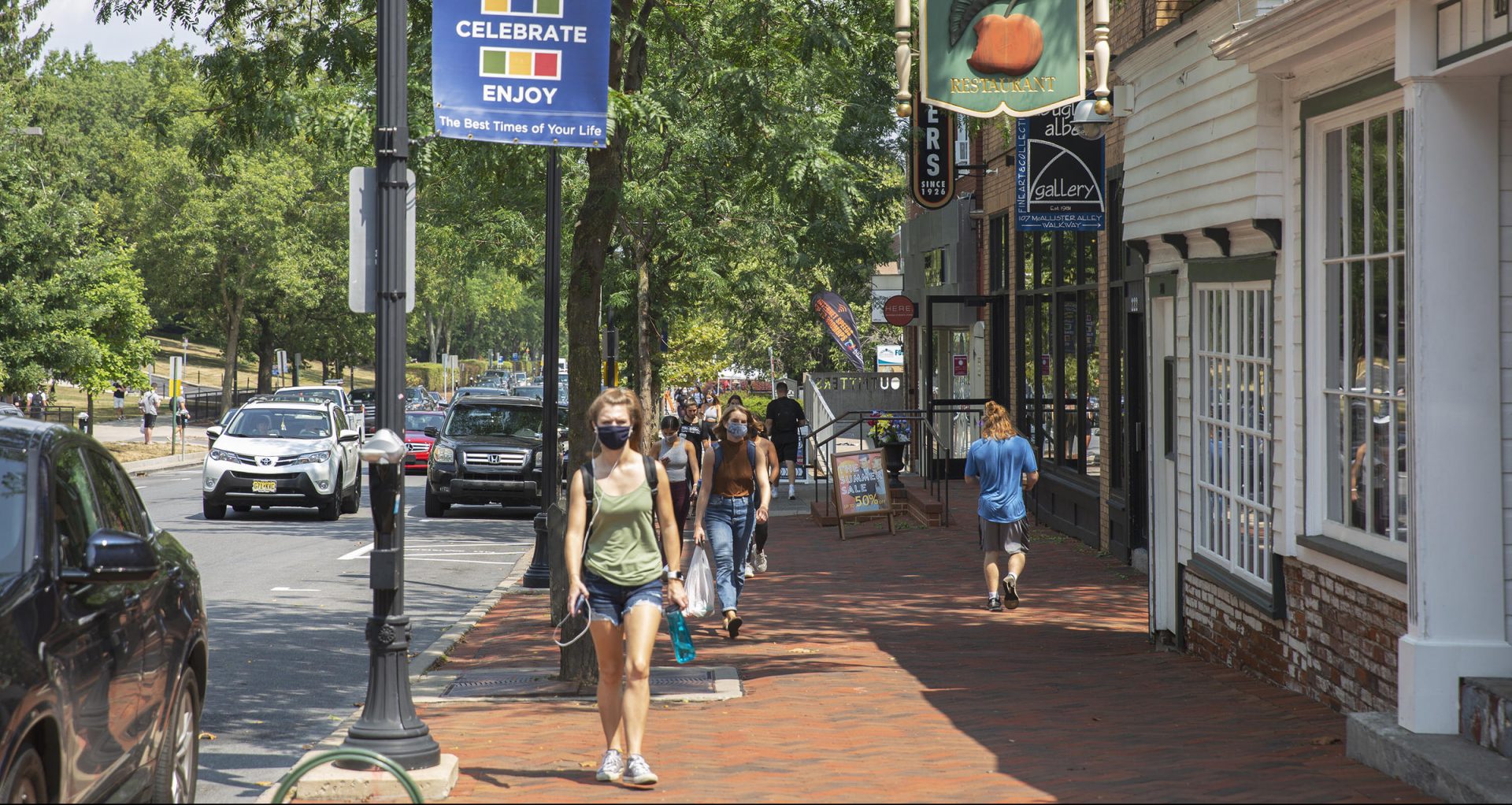 A proposed change to what counts as a metropolitan area could have big impacts on small metro towns like State College.

(State College) — Some college towns plan to challenge the results of the 2020 census, claiming they were shortchanged because the pandemic forced students to leave campuses and complaining that the undercount could cost them federal money and prestige.

College communities such as Bloomington, Indiana; Tuscaloosa, Alabama; and State College, Pennsylvania, are exploring their options for contesting the population counts, which they say do not accurately reflect how many people live there.

When the pandemic struck the U.S. around spring break of 2020, it set off an exodus in college towns as classrooms went virtual almost overnight. The sudden departure of thousands of students made it difficult to count them in the census, which began at almost the same time.

Because universities were able to provide the Census Bureau with records for students living in dorms and other on-campus housing, off-campus students “ran the risk of being missed,” said Dudley Poston, a sociology professor at Texas A&M University.

An Associated Press review of 75 metro areas with the largest share of residents between 20 and 24 showed that the census results fell well below population estimates in some cases but also exceeded them significantly in others.

Officials in college towns are not sure why there was such variation, and they are reviewing whether it was due to the timing of spring breaks, outreach efforts or the percentage of students living on campus versus off. Another variable is whether schools cooperated when the Census Bureau asked for records on off-campus students. Only about half of schools did so since many had privacy concerns or did not have the requested information.

“You can kind of go crazy thinking about the variations,” said Douglas Shontz, a spokesman for the Borough of State College, home of Penn State University, where officials believe the census missed 4,000 to 5,800 residents. 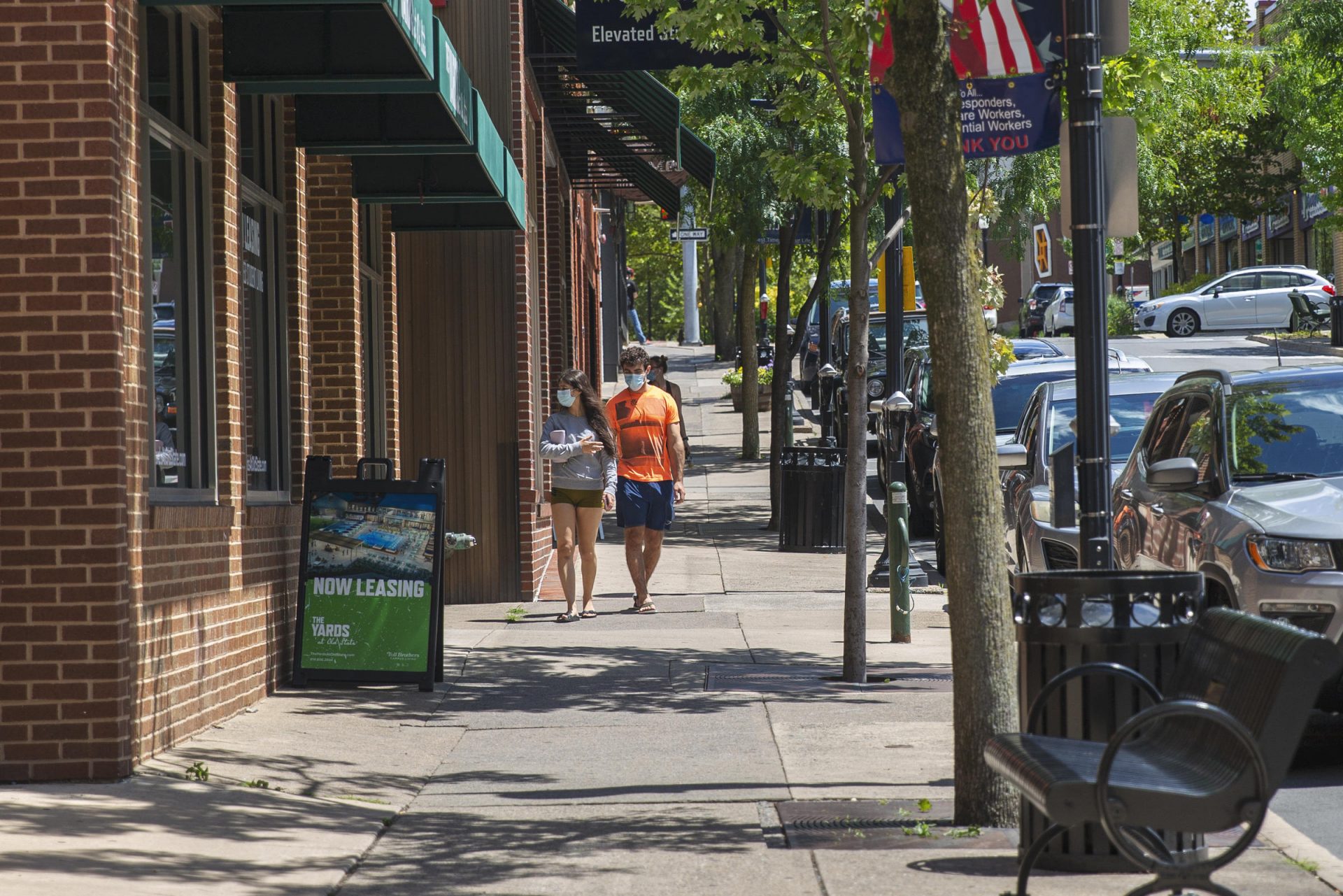 The AP review showed that the population counts were below estimates by about 5% to 7% in the Mount Pleasant, Michigan; Greenville, North Carolina; and Bloomington, Indiana, metro areas, which are home to Central Michigan University, East Carolina University and Indiana University, respectively.

The 2020 census put the city of Bloomington at 79,168 residents, a decline from about 80,405 in 2010. City officials expected a 2020 count of 85,000 to 90,000 residents. The nation’s headcount was just beginning in March 2020 when schools including Indiana University told students not to return to campus in response to the spread of the coronavirus. Most of the university’s 48,000 students were on spring break.

“It’s just not a credible number,” Bloomington Mayor John Hamilton said. “The simplest explanation is that the count was done after the university told students, ‘Don’t return to Bloomington and go back to your parents’ homes.′ I’m not blaming anybody. The university did the right thing to protect its students.”

Counting university students has always been a difficult task, even before the pandemic. The Census Bureau’s rule of thumb was that students should be counted at their college addresses, even if the coronavirus temporarily sent them elsewhere on the April 1 date that provides a benchmark for the census.

In State College, home to Penn State’s 39,000 students, the bureau’s message prior to the pandemic was that people should be counted “where they sleep most of the time,” which was confusing to students after they went home. As a result, neighborhoods dominated by students had the lowest census response rates in the borough, said State College Borough Manager Tom Fountaine in a memo to city officials.

In Greenville, North Carolina, home to East Carolina University’s 29,000 students, the census figure fell more than 6% below estimates, and Mayor P.J. Connelly worries that could affect the city’s ability to get funding for its bus system and low-income housing. Connelly plans to challenge his city’s count of 87,521 residents.

“We believe there were some miscalculations based off the college students,” Connelly said.

Some metro areas such as Tuscaloosa, Alabama, and Huntsville, Texas, had census counts that were 6% above their estimates, according to the AP review. The cities are respectively home to the University of Alabama and Sam Houston State University. 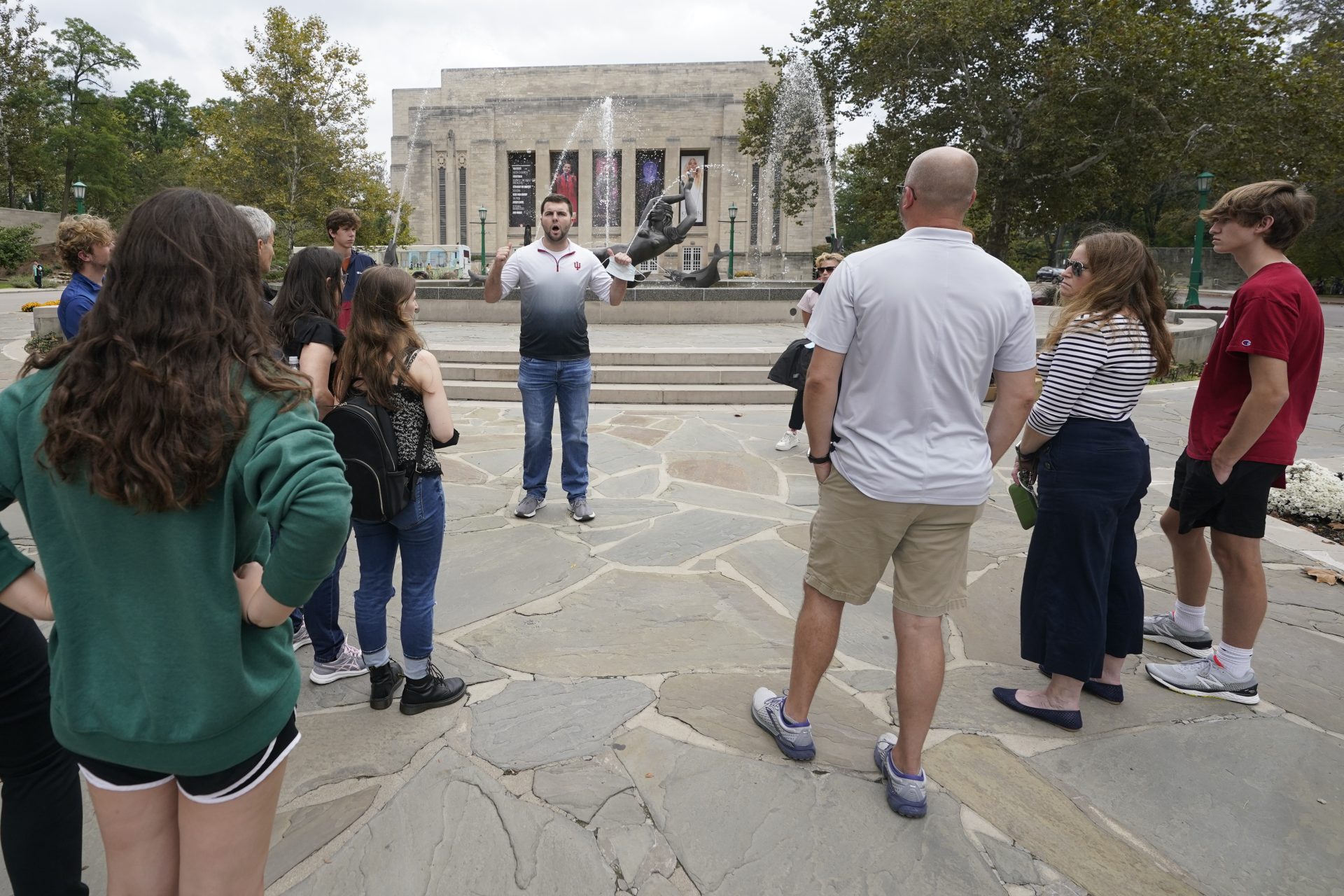 Future students take a tour of the Indiana University campus, Thursday, Oct. 14, 2021, in Bloomington, Ind. College communities such as Bloomington are exploring their options for contesting the results of the 2020 census, which they say do not accurately reflect how many people live there.

Even so, Tuscaloosa Mayor Walt Maddox believes thousands of off-campus students were overlooked, and the city plans to challenge the numbers. The 2020 count put the city 400 people shy of 100,000 residents, which could cost it access to certain federal funding that is available only to cities with 100,000 residents or more.

“In terms of economic development, the perception of being above 100,000 has a greater psychological impact in your recruiting and development,” Maddox said.

Auburn, Alabama, home to Auburn University, had census numbers well above estimates, but city officials believe the strong count was just a correction for an undercount in 2010, city spokesman David Dorton said.

Cities, states and tribal nations can start contesting their numbers in January through the bureau’s Count Question Resolution program, but it looks only at number-crunching errors, such as an overlooked housing unit or incorrect boundaries. The program only revises figures used for population estimates over the next decade that help determine federal funding. The Census Bureau won’t revise the numbers used for determining how many congressional seats each state gets nor the redistricting data used for drawing congressional and legislative districts.

“While we are anticipating more cases because of the many challenges the 2020 census went through, the scope is going to be limited, and the data products are going to be limited,” Census Bureau official Matthew Frates told Texas demographers and economists during a presentation last summer.

There have been victories in the past, such as the city of Houston’s effort to get its population count revised from 2.09 million to 2.1 million residents after the 2010 census. The change triggered the addition of two city council seats.

“It’s going to be an uphill battle, but it’s worth a try,” said Shontz in State College.

Trial postponed for man accused in shooting of officers