Josh Shapiro is running unopposed in the Democratic primary so far, while the Republican field is crowded.

(Harrisburg) — Pennsylvania’s Democratic attorney general announced his candidacy for governor on Wednesday, releasing a campaign video in which he sought to tie Republican rivals to the Jan. 6 Capitol insurrection and former President Donald Trump’s efforts to overturn last year’s election.

Josh Shapiro is running unopposed in the Democratic primary so far, while the Republican field is crowded with state senators, business leaders, a former congressman, a former federal prosecutor under Trump and others.

“Already there are Republicans running for governor who want to lead us down a dark path, undermine free and fair elections, strip away voting rights, and permanently divide us,” Shapiro said in the video, which showed images of the Capitol riot and a newspaper headline about GOP state lawmakers’ ongoing “forensic investigation” of last year’s presidential election.

The Republican Governors Association said Shapiro would continue what it called the “failed policies” of the incumbent governor, Democrat Tom Wolf. It said Wolf’s COVID-19 pandemic policies have “endangered Pennsylvania seniors, crushed the economy, and left the Keystone State with an unemployment rate well above the national average.” 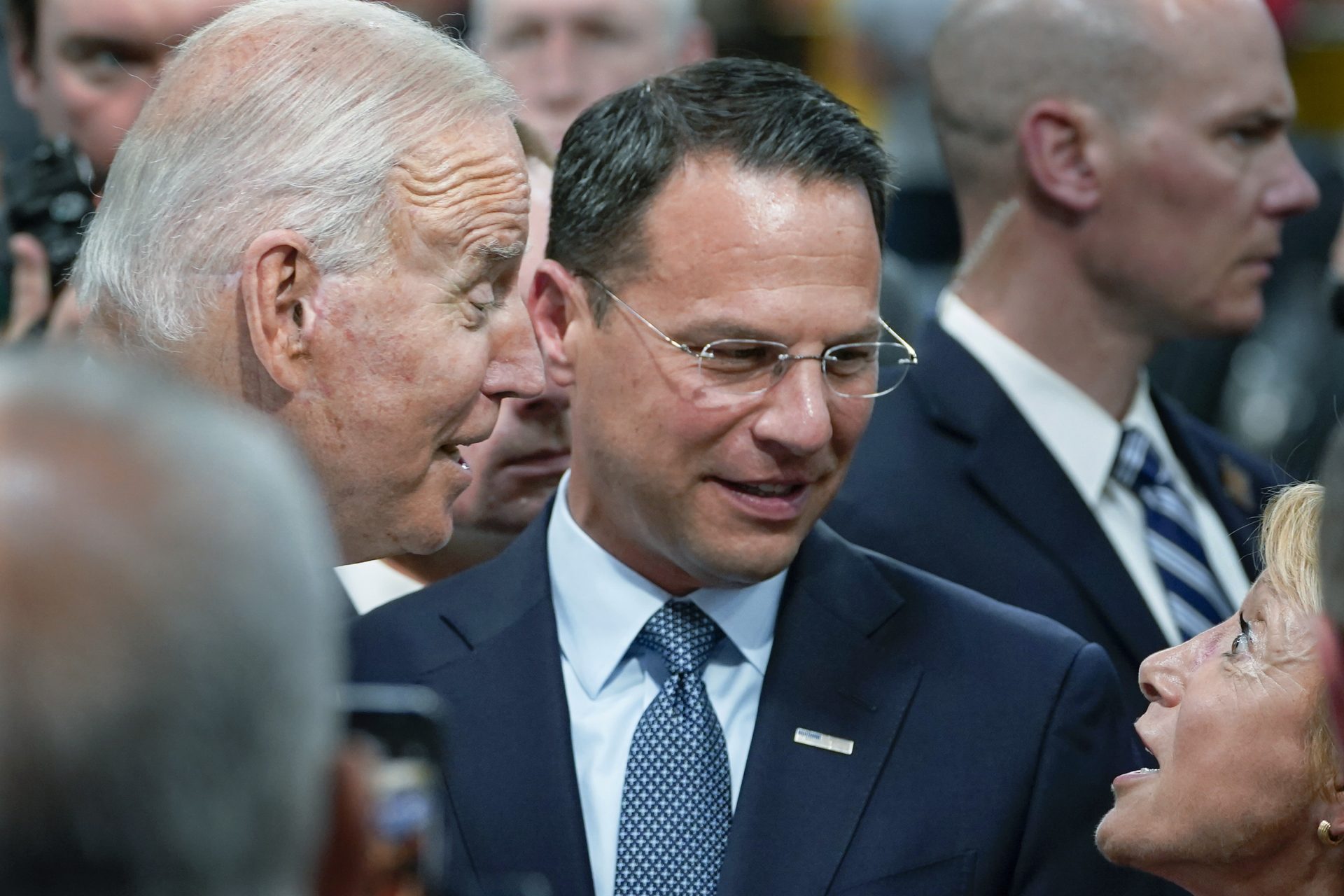 In this July 28, 2021 file photo Pennsylvania Attorney General Josh Shapiro, center, and President Joe Biden talk with people at the Lehigh Valley operations facility for Mack Trucks in Macungie, Pa. The high-profile attorney general will formally announce his candidacy for governor of Pennsylvania on Wednesday, Oct. 13, 2021, entering the 2022 race.

“It’s no wonder Shapiro is the Democrats’ hand-picked candidate, who else will carry on the failed policies that have left the commonwealth behind?” the Republicans’ statement said.

Wolf is constitutionally barred from seeking a third term.

The state is closely divided between the two major parties and the governor’s race is certain to be hard fought, as will the race to fill retiring Republican U.S. Sen. Pat Toomey’s seat.

Shapiro, 48, was scheduled to deliver a campaign speech in Pittsburgh later Wednesday morning, to be followed by a rally in his native Montgomery County and then a statewide bus tour.

His campaign had previously confirmed he planned to jump into the race on Wednesday.

Pa. lawmakers hand out millions in public contracts to law firms that fill their campaign coffers