“We are very excited and happy to make a major announcement for Dauphin County,” Commissioner Mike Pries said.

Prison reform is a priority, and a lot of changes have been made, he said, but “many challenges still remain.”

Wetzel is now a special adviser to the board of inspectors, the commissioner said.

“We will do better in the coming years,” Pries said. 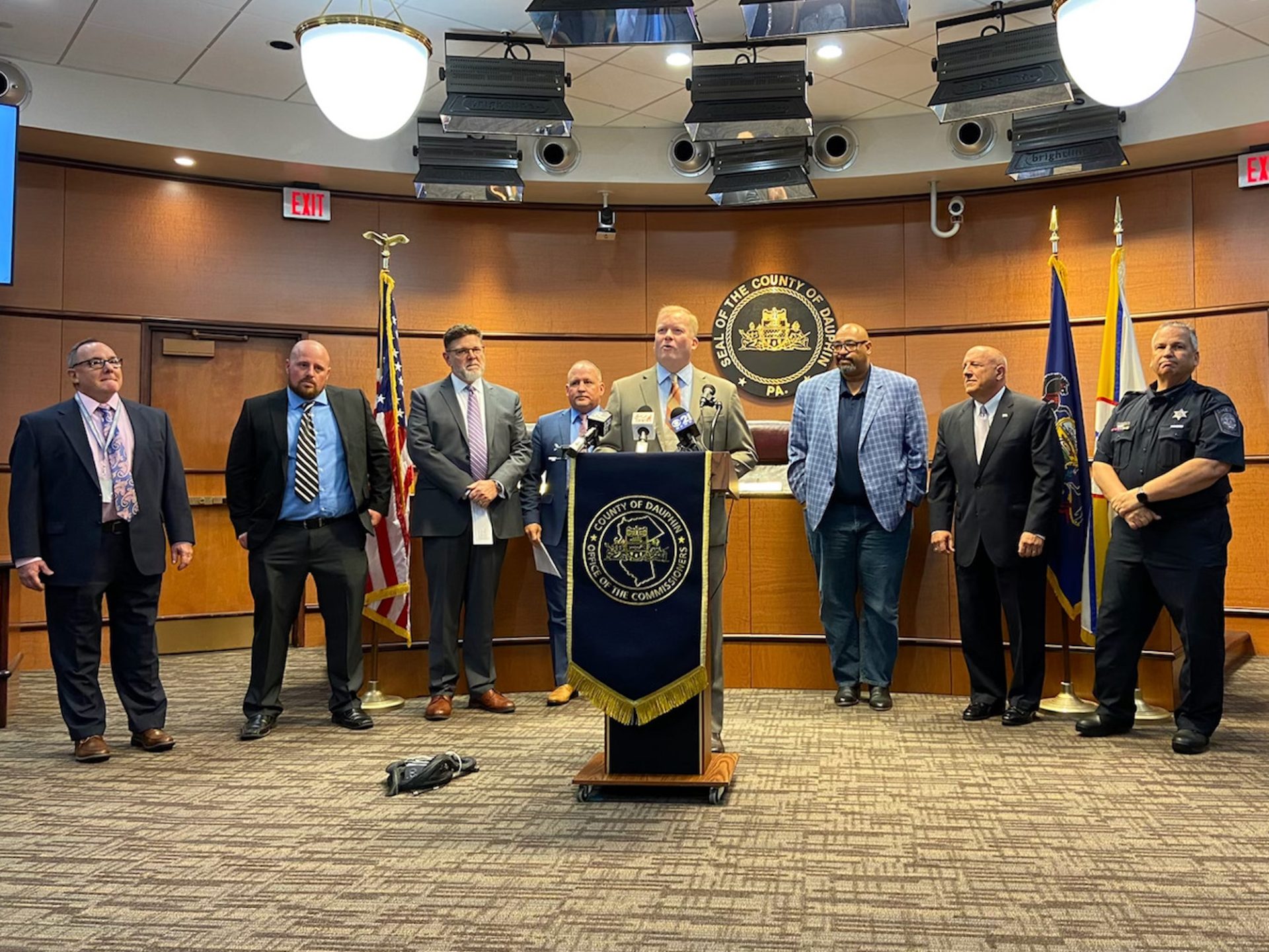 The agreement with Wetzel was announced about a month after Dauphin County parted ways with its director of corrections, Brian Clark. Clark was previously under investigation and cleared late last year after allegations of inappropriate conduct were made against him.

The scrutiny on Clark is not the only controversy that has surrounded the prison in recent years. A number of protests have been held outside the facility, during which community members voiced anger with conditions and what they believe are an unusually high number of inmate deaths. At least 23 Dauphin County inmates have died since 2009, according to a Reuters investigation.

The sister of a man who hung himself in the prison in 2019 filed a lawsuit against the facility this past summer, claiming officials did not do enough to monitor him. At the time, Clark contended the man’s entrance screening four days before his death did not indicate he needed to be under suicide watch.

Wetzel, who had overseen the state’s prison system for a decade, left that post a month ago. He said he will be doing a “top to bottom” assessment at the prison, determining changes needed.

“This was not my game plan; I was planning to take some time off,” Wetzel said.

He said “committed professionals” are dedicated to improving DCP: “The commissioners are committed to making improvements and focusing on people who work and live in our prison. And I think that probably captures most of Dauphin County. Everyone has a vested interest.

“We can’t do it alone. What excites me about this group is they have the courage to ask the tough questions to find the right leader,” he said.

After a Wednesday morning press conference, Wetzel told PennLive a big part of the county’s plan to improve the prison involves getting the community involved with the search for a new director of corrections.

Wetzel, who got his start with Franklin County Prison in 2002 and has worked for Tom Corbett and Tom Wolf, said he is no stranger to Harrisburg and is excited to work with its residents.

“We have a raw opportunity to impact every community in Pennsylvania,” Wetzel said, adding that his dream would be seeing Dauphin County Prison become a national leader in corrections. He said this is a dream he plans to see come true.

“[Wetzel] is well respected in our country, and here at our correctional facility and in our community. He’s up to the challenge,” Pries said.

”We are very excited about this new relationship and we are expecting big things from the big man,” Saylor said.

Wetzel has an 18-month contract with the county.