A syringe of of ivermectin — a drug used to kill worms and other parasites — intended for use in horses only, rests on the box it was packaged in, Friday, Sept. 10, 2021, in Olympia, Wash. Health experts and medical groups are pushing to stamp out the growing use of the parasite drug to treat COVID-19, warning that it can cause harmful side effects and that there's little evidence it helps.

(Pittsburgh) — The state’s two poison centers are treating more Pennsylvanians for ivermectin exposure after misinformation has led some to believe the anti-parasitic drug can cure COVID-19.

In the 19 months since the first coronavirus case was confirmed in Pennsylvania, there have been 29 ivermectin exposures documented at the Pittsburgh and Philadelphia poison centers, which cover the western and eastern portions of the state respectively. Though an admittedly small number, it’s a significant increase from the 11 cases that occurred in the 19 months before the pandemic began.

Toxicologist Dr. Michael Lynch of the Pittsburgh Poison Center cautioned against inferring too much over these data as the impact is small, though “clearly” a trend.

There’s also been a nationwide increase — the National Poison Data System reports that between the beginning of 2021 and Oct. 3, there were 1,609 ivermectin exposures. That’s more than triple the number from the same time period in 2020.

The actual number of ivermectin incidents in Pennsylvania could be higher as many people might not seek medical care. Even if they do, their case might not be reported to the poison centers.

Ivermectin is one on a growing list of substances that people are taking off-label to treat or prevent COVID infections, though doing so provides no therapeutic benefit in regard to the coronavirus. Some of these home remedies are even deadly. 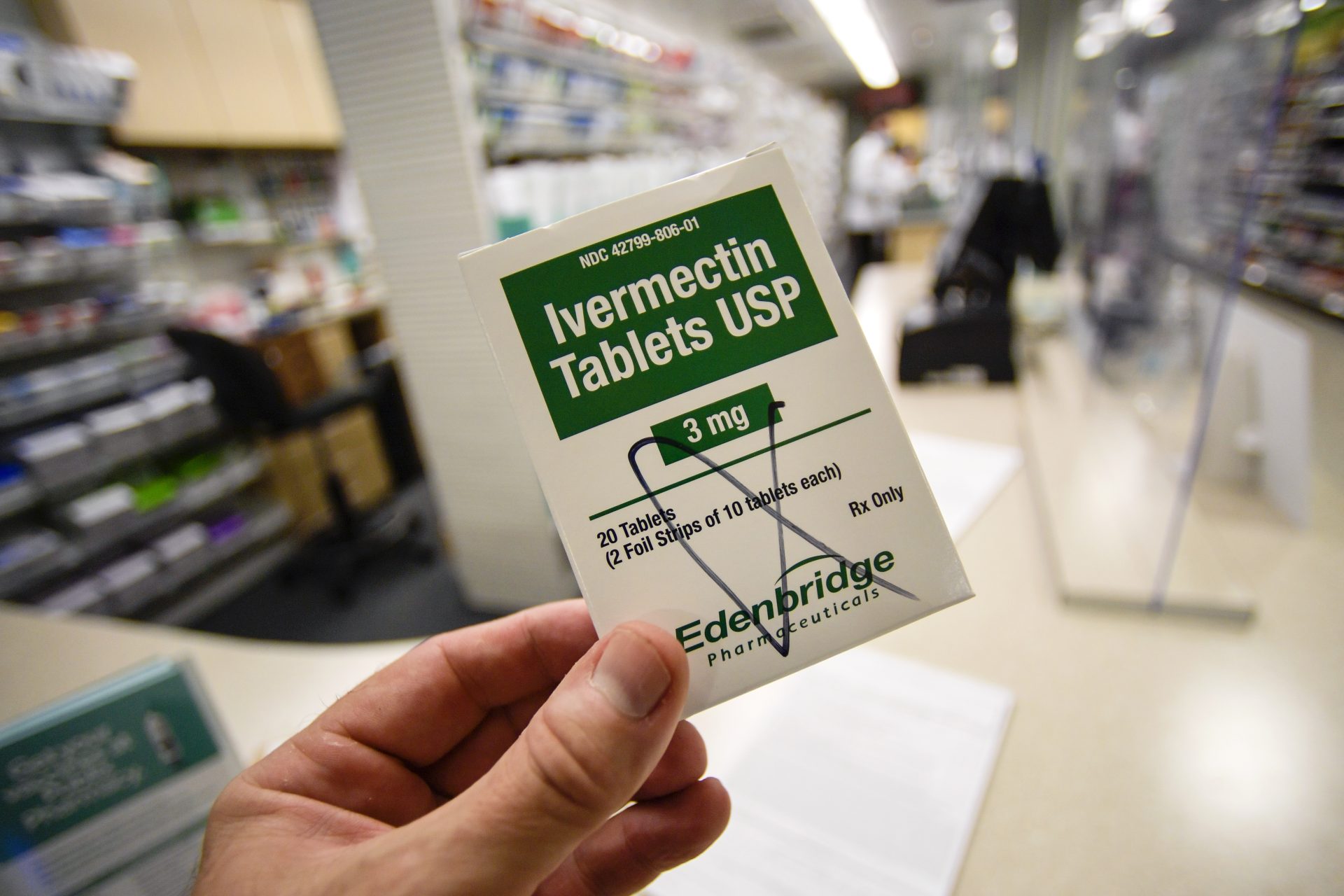 A box of ivermectin is shown in a pharmacy as pharmacists work in the background, Thursday, Sept. 9, 2021, in Ga.

An analysis last year from the Milwaukee Journal Sentinel found that U.S. deaths related to the anti-malaria drug chloroquine and a variant, hydroxychloroquine, “nearly quadrupled” in the first half of 2020. During that time President Trump promoted the chemical as a treatment for COVID. Studies have shown that hydroxychloroquine has no benefits as a COVID treatment.

Between August 2018 and February 2020, there were just nine pre-COVID hydroxychloroquine exposures, according to Pennsylvania poison center data. Between March 2020 and September 2021 there were 29 exposures. However many of these recent cases were accidental, which Lynch suspects is related to increased availability of the chemical in people’s homes.

In contrast to chloroquine, ivermectin presents a lower risk.

“Where [ivermectin] gets more dangerous is when people take a whole lot of it. You know like in a veterinary formulation, for instance,” said Lynch. “Or you take more of even a human formulation of it than we would normally recommend, and then [you] are more likely to have adverse effects.”

There is concern that people are buying ivermectin that’s meant for livestock from farm supply stores, and then taking it themselves. Doses intended for cows and horses are far too concentrated for humans. And as the Cleveland Clinic notes, animal ivermectin contains ingredients that “aren’t evaluated for use in people.”

The Pennsylvania data do not reflect how much ivermectin patients ingest, or where they acquire it. However, only post-COVID ivermectin patients reported adverse symptoms like vomiting, diarrhea and abdominal pain. This might indicate recent exposures involve larger quantities of the drug.

Notably, the poison center data show that six of Pennsylvania’s post-COVID ivermectin exposures were in children; none of the pre-COVID exposures involved kids. It’s not known how these pediatric cases occurred.

“I suspect that probably some people are giving it to their children if they truly believe that it’s something that could prevent COVID, which it doesn’t,” said Lynch. “But I’m not aware that that’s something that’s happening a lot.” 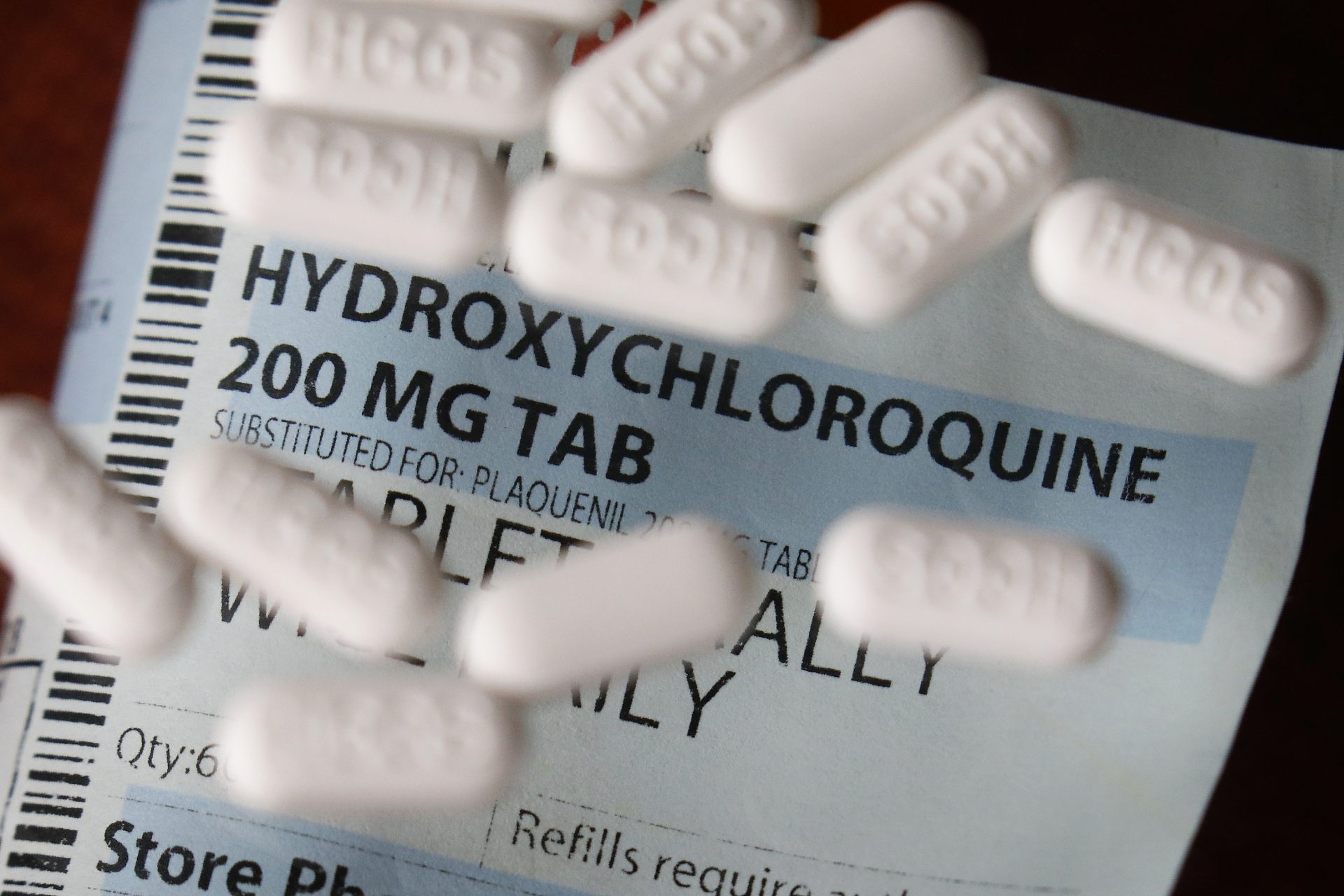 But Lynch wonders if many of these pediatric ivermectin cases are the result of curious youngsters getting into things they shouldn’t.

After all, there has also been a 53% increase in hand-sanitizer exposures since COVID prompted a surge in the product’s sales. Many of these incidents involve young kids who are intrigued by sanitizers that are scented or brightly colored with sparkles, remarked Lynch. “A good rule of thumb is whatever is around, kids will get into.”

Another emerging COVID-related trend that worries Lynch is the recent social media posts of people inhaling hydrogen peroxide through nebulizers. Doing so risks injury to the mouth, throat and lungs, as hydrogen peroxide is a caustic agent. The state’s poison centers documented 635 exposures post-COVID, which is a 9% increase.

Instead of taking dangerous drugs and chemicals, Lynch urged people to use clinically validated interventions such as the vaccines, which “are very safe and effective.”

“It has nothing to do with an opinion, those are just the facts,” he said. “We want people to understand when you’re doing these other things, you’re exposing yourself to risk without benefit.”

Hospitals brace for an onslaught this winter, from flu as well as COVID