A group of armed people guard a statue of Christopher Columbus located in Marconi Park on South Broad St. These men said they believed that Black Lives Matter/ANTIFA protestors were on their way to destroy the statue.

The Commonwealth Court ruling vacated a decision by a Common Pleas Court judge to allow immediate removal of the box covering the statue on Marconi Plaza.

(Philadelphia) — A state court ruling will allow a plywood box to remain — for the moment — over a statue of Christopher Columbus that the city has been trying to remove from a south Philadelphia park since the explorer became a focus amid nationwide demonstrations against racial injustice.

The Philadelphia Inquirer reports that the Commonwealth Court ruling late Saturday night vacated a decision earlier in the day by a Common Pleas Court judge to allow immediate removal of the box covering the statue on Marconi Plaza.

City representative Kevin Lessard said Saturday night that removal of the covering during the holiday weekend “would pose a serious public safety risk.” He earlier said officials would stop any attempt to remove the covering prior to the state court hearing.

Attorney George Bochetto, who represents supporters of the 144-year-old statue, had vowed that it would be visible by the time a scheduled Sunday parade concluded at the plaza.

Common Pleas Court Judge Paula Patrick had said Friday that the city could erect a clear structure to protect the monument but must remove the plywood. 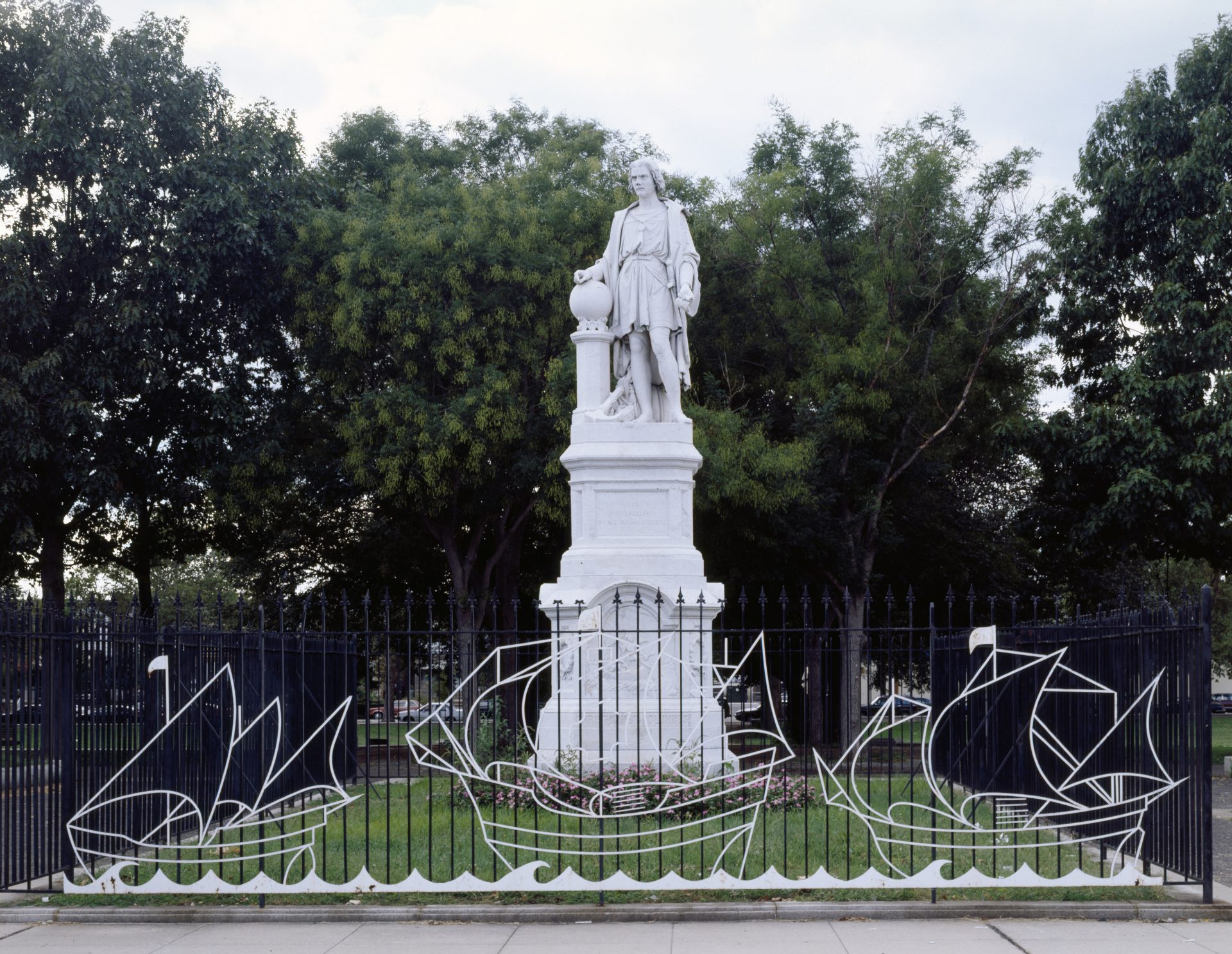 In Philadelphia, a city with a deep Italian heritage, supporters say they consider Columbus an emblem of that heritage. Mayor Jim Kenney said Columbus was venerated for centuries as an explorer but had a “much more infamous” history, enslaving Indigenous people and imposing punishments such as severing limbs or even death.

Kenney earlier signed an executive order changing the name of the city’s annual Columbus Day holiday to Indigenous Peoples Day. Monday will be the first city holiday under the new name.

After the unrest following the Minneapolis police killing of George Floyd last year, Kenney characterized removing the statue as a matter of public safety. Patrick, however, wrote that the city had failed to provide evidence that the statue’s removal was necessary to protect the public, calling the confrontations “isolated civil unrest.”

The judge ruled in August that the statue could remain in the plaza, calling the decision to remove it “baffling” and unsupported by law and based on insufficient evidence. The ruling overturned a decision by a city licensing board that upheld a July 2020 decision by the city historical commission to remove the statue.

Meanwhile, a lawsuit settlement announced last month has allowed another 106-foot-tall Christopher Columbus monument at Penn’s Landing on the Delaware River to remain in place with coverings removed for the foreseeable future, the paper reported.