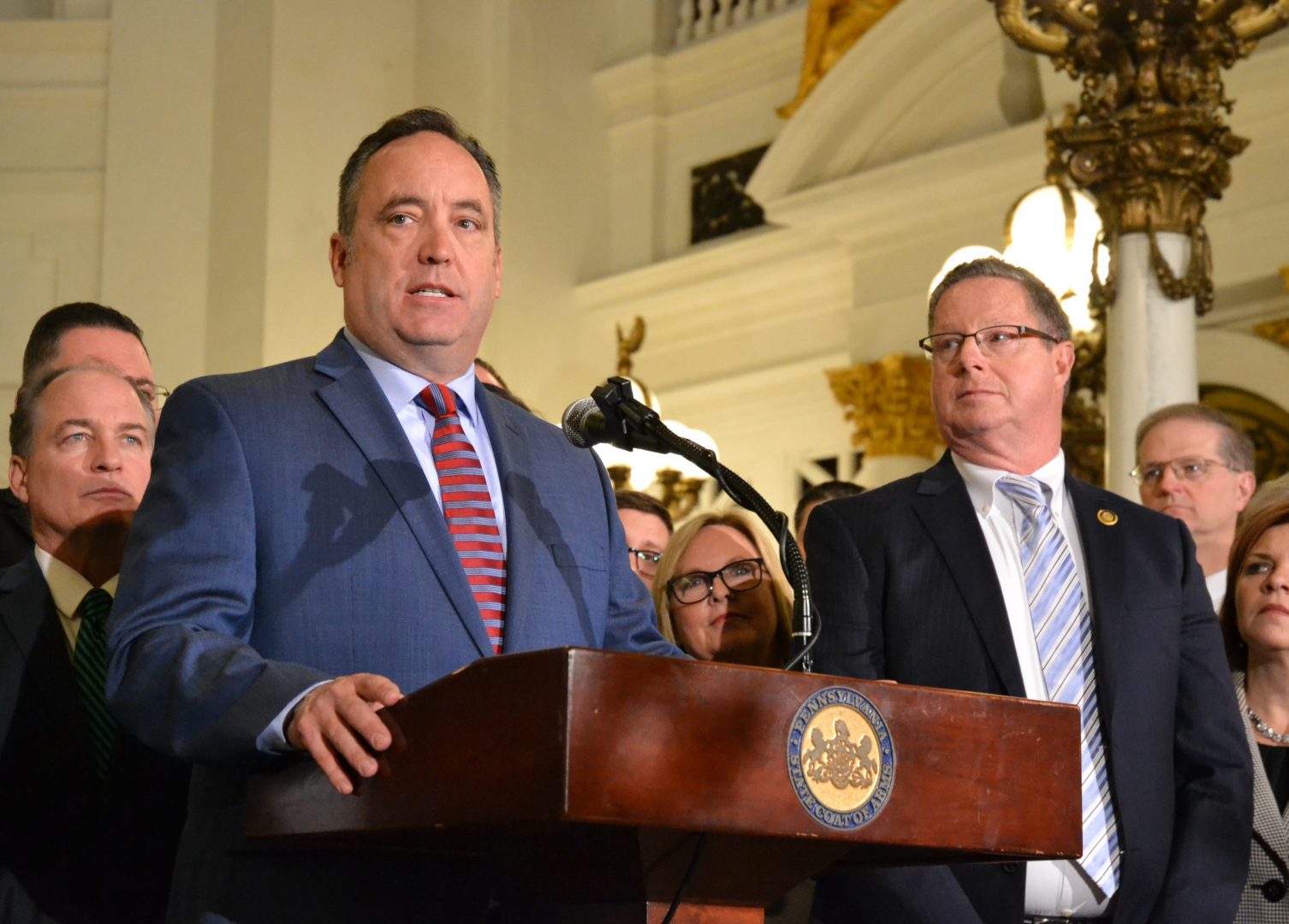 (Harrisburg) – Pennsylvania Senate President Pro Tempore Jake Corman (R-Centre) said he accepts the results of last year’s election, a rare concession about a contest that’s drawn a GOP-led Senate investigation. But the legislative leader contends the results are not what the chamber’s inquiry is about.

Appearing on WESA’s “The Confluence” last week, Corman was asked by host Kevin Gavin if he accepts the results of the November election “fully.”

“Yes,” Corman responded. “I mean Joe Biden has been certified as the President of the United States, obviously, by the state.”

But the lawmaker quickly argued even though all 67 counties certified their results, the Department of State’s actions in 2020 deserve more scrutiny. He claimed it’s a big reason a GOP-led state Senate committee voted to subpoena the agency for troves of voter records last month — even though its actions have been upheld in court.

“Our job is not certification,” Corman said. “Our job is to provide oversight to the Department of State.”

Before those subpoenas were issued, the Senate President suggested— without offering proof — on former White House strategist Steve Bannon’s show that the Department of State would not cooperate with the orders because the agency is trying to hide something.

“I don’t understand why you [would] be against something [subpoenas] unless you’re afraid of what the information may provide,” Corman said.

The state Supreme Court upheld much of the Department of State’s guidance in a decision last fall, which included allowing mail-in ballots postmarked by Election Day to be counted up to three days later.

The U.S. Supreme Court later refused to block the rule.

But like other Republicans in the months following the election, Corman has justified further investigation of last fall’s election as a way to satisfy “concerns” that his office has received on the subject.

“As a public policymaker, my job is to react to that and either find areas where their concerns are legitimate…or look at these concerns and say, ‘well, they were unfounded,'” Corman told “The Confluence.”

The concerns voiced by voters were spurred on by former President Donald Trump’s repeatedly false claIms of election fraud, which began as early as last July.

Multiple court rulings, two state-mandated audits, and election security experts and officials of both parties all concluded the results of the 2020 election were accurate. Acting Secretary of State Veronica Degraffenreid has said a number of minor technical glitches occurred during the 2020 May primary, but nearly all were resolved on Election Day and there is no evidence any affected the outcome.

The Senate’s election investigation— pushed by Republicans — has stalled because the subpoenas are being challenged in court by Democrats, including state Attorney General Josh Shapiro.

“These subpoenas only highlight how Republican leaders in our Commonwealth continue to try and manufacture controversy out of nothing,” Shapiro said in a statement last month.

The committee in charge of the investigation had been soliciting voters for sworn testimony about “violations of election law or voting irregularities they have witnessed personally.” It’s unclear what, if anything, the committee received. A check of the website hosting a form voters were invited to fill out shows that form is “now closed.”

Sen. Corman (R-Centre) is among the group of lawmakers who signed a letter asking members of Congress to delay certifying Pennsylvania’s electoral votes — despite no evidence that would call those results into question.