The bronze Columbus monument has overlooked Schenley Drive since 1958.

Audit of U.S. monuments reveal common traits and a reverence for war-fighters 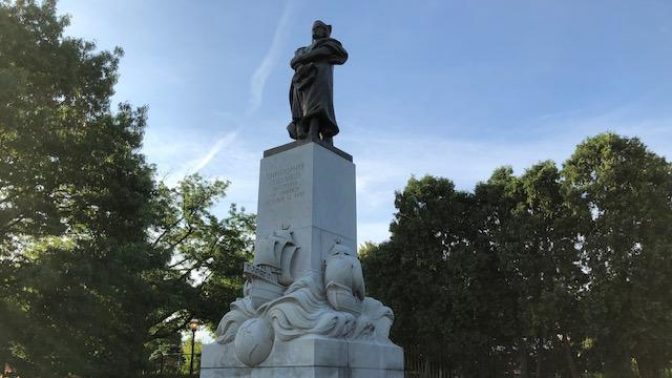 The bronze Columbus monument has overlooked Schenley Drive since 1958.

The Christopher Columbus statue at Marconi Plaza in Philadelphia was “boxed” after the site became a location for violent protests in the wake of the George Floyd murder.

A Commonwealth court recently ruled it will remain covered for the time being. The ruling comes at a time when monuments around the country are garnering public attention by their presence and who they represent.

The Monument Lab recently completed an audit to assess the current monument landscape in the U.S. The findings are part of The Andrew W. Mellon Foundation’s Monument project which intends to “transform the way our country’s histories are told in public spaces and ensure that future generations inherit a commemorative landscape that venerates and reflects the vast, rich complexity of the American story.”

Paul Farber, Ph.D., is the Co-Founder of Monument Lab and Co-Director of the Audit and he appears on Smart Talk Tuesday with Naima Murphy Salcido, Director of Partnerships for the Monument Lab.