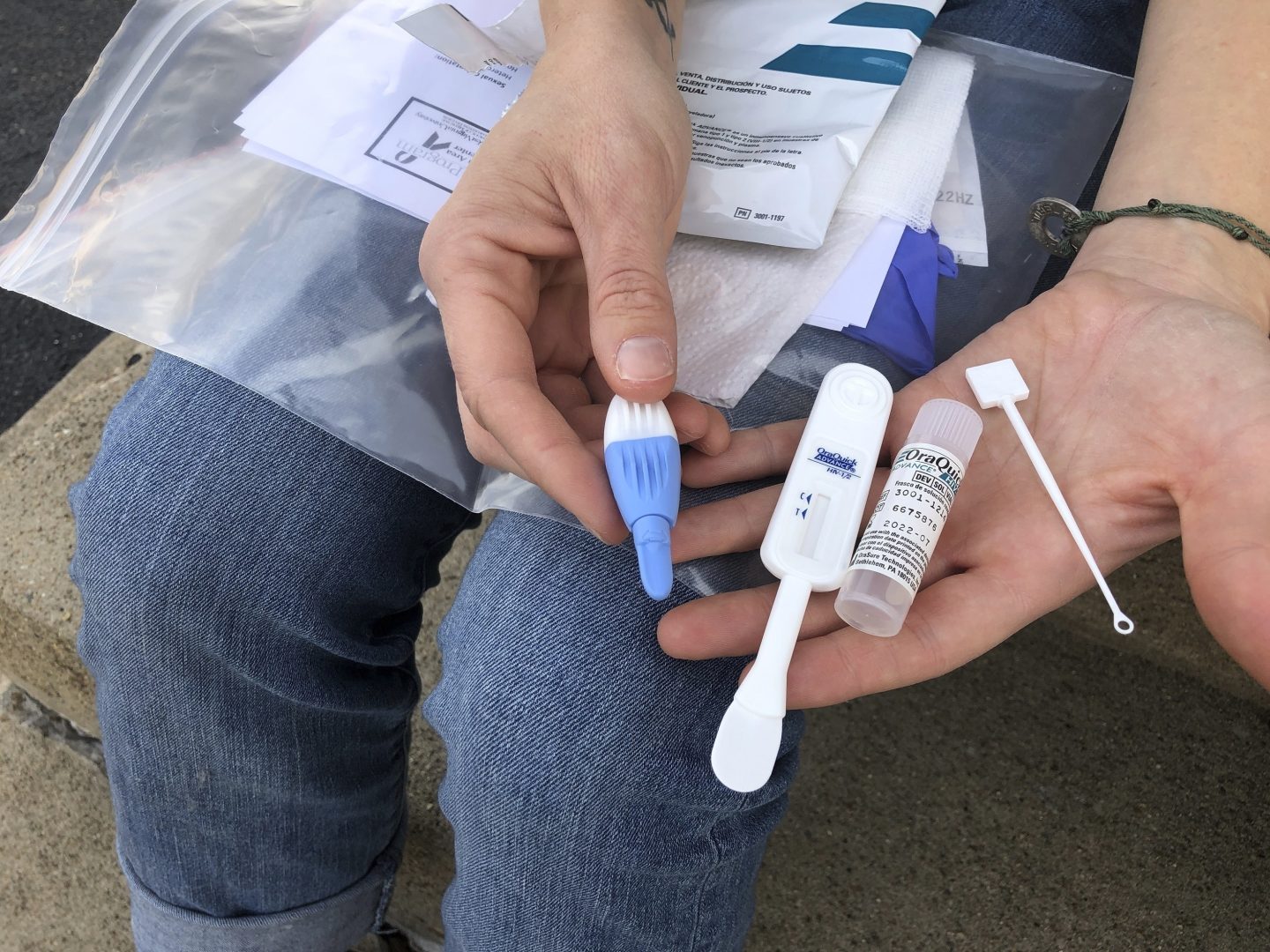 (Harrisburg) — Advocates are raising awareness about laws in Pennsylvania that criminalize people living with HIV.

The state House Democratic Policy Committee, led by Philadelphia Reps. Mary Isaacson and Malcolm Kenyatta, did not focus on a specific piece of legislation, but heard from people personally affected by the commonwealth’s HIV criminalization statutes.

“‘HIV criminalization’ is the criminalization of behaviors that would not be a criminal act for anyone that is not living with HIV,” said Michelle Troxell, Pennsylvania Co-Chair of Positive Women’s Network USA and herself lives with the chronic condition. “HIV criminalization laws reduce people like me to our viral status. It is dehumanizing and disempowering.”

Julie Graham, a 33-year-old nurse from Carlisle, Cumberland County, testified about the long-term impact of HIV criminalization on her livelihood and family relationships. In 2013, Graham was charged with four crimes based on claims from a disgruntled ex-partner. He accused her of having sex with him without disclosing her HIV status. He never tested positive for the virus.

Months after they broke up, she discovered three years of her medical records had been released to the Pennsylvania State Police. Her name, address, HIV-positive status and criminal charges were reported in a newspaper story.

“The moral condemnation of my status being exposed has affected my job, my nursing career and my personal life.” Graham told lawmakers. “My ability to practice as a nurse and the emotional and mental detriment has caused myself and family unending stress and financial burdens.”

With the help of a criminal defense lawyer and the AIDS Law Project of Pennsylvania, Graham was able to expunge the charges from her record, after committing to community service and paying fines. They also helped her get back to her job at the Lebanon VA Medical Center, from which she had been indefinitely suspended.

“To this day, my felony and misdemeanor charges, and my indefinite suspension, remain on my employee personnel file,” Graham said. “Even though all charges have been expunged, and have remained in my personnel file for eight years. This information could be transferred to any future employer.”

“They would be charged with HIV as the weapon that they’re using.” –Steven Bryson,  Sero Project Fellow and staff attorney with the AIDS Law Project of Pennsylvania

Pennsylvania is one of 22 states that has HIV-specific statutes and regulations, according to the Centers for Disease Control and Prevention. Steven Bryson, a Sero Project Fellow and staff attorney with the AIDS Law Project of Pennsylvania, noted the commonwealth does not have laws that mandate HIV-status disclosure prior to sexual contact. However, the state uses generally applicable criminal laws to prosecute people for nondisclosure, Bryson said.

“They would be prosecuted under a general statute like aggravated assault,” Bryson said in an interview. “They would be charged with HIV as the weapon that they’re using.”

The impetus for the hearing originated from bills introduced in the legislature that included criminalization of people with HIV. One would criminalize people who spit on police officers and include extra penalties for people living with communicable diseases. The bill lists HIV and hepatitis B, even though neither is spread through saliva.

According to federal guidance from the U.S. Department of Justice, the “vast majority” of HIV-specific state criminal laws do not reflect the science of the virus.

“The majority of these laws were enacted at a time when far less was known about risk, likelihood, and mode of transmission of the virus and at a time when the quality of life and lifespan of an individual with the virus was vastly different than it is currently,” according to the guidance.

It says the best practice for states would be to be eliminate HIV-specific penalties, except in cases of rape or in circumstances “where the individual knows he/she is HIV positive and the evidence clearly demonstrates that individual’s intent was to transmit the virus.”

Legal experts say it is difficult to prove whether a person knowingly transmitted a disease in cases where there was consensual sex between two adults.

Troxell said that the group Positive Women’s Network is encouraging HIV-positive people to disclose their status in front of a third party, such as a doctor, before engaging in sexual relations with a new partner. Having documentation of the disclosure can provide protection from potential future accusations.

Adrian Shanker, executive director, Bradbury-Sullivan LGBT Community Center, says HIV stigma and criminalization has an impact on the public health services they provide to their clients.

“What we also know about these statutes from other states, is that they do decrease HIV testing numbers. That would impact our community in the Lehigh Valley, and impacts all Pennsylvanians,” Shanker said in an interview.

The Centers for Disease Control and Prevention also warns that HIV criminalization laws may discourage testing.

“I just think here in Pennsylvania, we can and should do better than this,” Kenyatta said.“To have so many other states sort of lapping us in this regard is a real wake-up call for us to once and for all get these laws off of our books.”

'We're beginning to see the collapse of the system': Agencies that serve people with disabilities call for more funds to pay staff