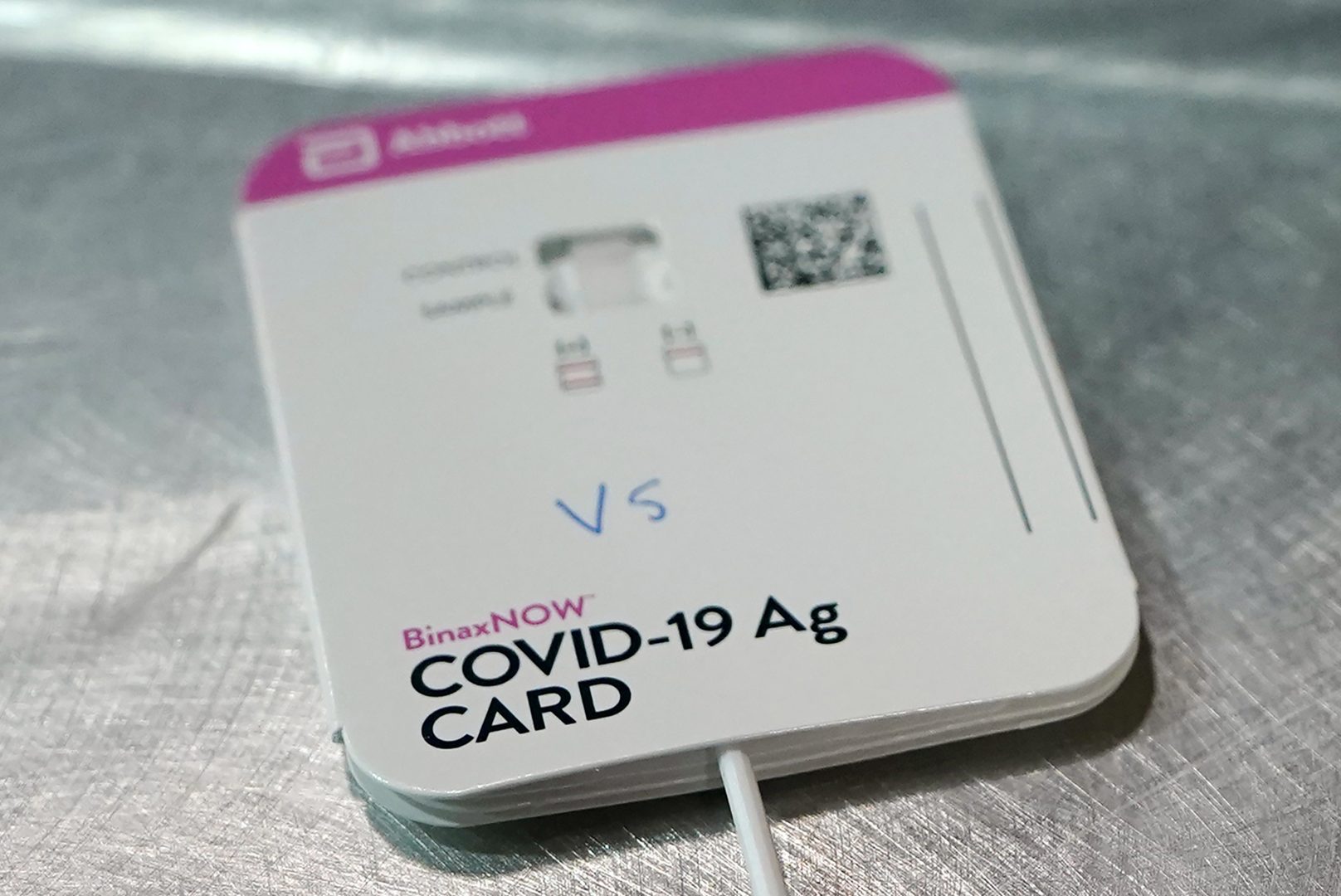 (Washington) — The White House is allocating an additional $1 billion to purchase millions of rapid at-home tests for COVID-19, in response to an ongoing national shortage of these tests. The announcement was made by White House COVID-19 response coordinator Jeffrey Zients at a briefing on Wednesday.

The money follows a $2 billion investment in September to supply rapid tests to community health centers, food banks and schools.

These are over-the-counter swab tests people can purchase at the pharmacy and take at home. They test for antigens, or proteins on the surface of the virus, and can provide fairly reliable results in 15 minutes, especially in people who are symptomatic.

Shortages of tests kits are being reported around the country, driven by demand from parents purchasing the kits for children who’ve returned to the classroom and from employees returning to the workplace.

Zients said that Wednesday’s action now puts the country in a position to quadruple the number of rapid tests available over the next few months: “We’ll have available supply of 200 million rapid at-home tests per month, starting in December.”

On Monday, the Food and Drug Administration authorized another rapid at-home antigen test made by ACON laboratories — a move the agency says will significantly increase the availability of at-home testing. It’s the eighth test of this kind to be made available in the U.S. and the most affordable, according to Zients, who says his understanding is that the kit will retail for about $10 per test.

He said the government anticipates the large purchases of tests and the increase in production will drive down the price of testing overall.

Dr. Michael Mina, an epidemiologist at Harvard who has been a strong proponent for widespread rapid at-home testing, says he’s glad to see the Biden administration investing in tests, “but it’s not enough and it’s not fast enough. America is so far behind our peer nations.”

Citing programs in Germany and the U.K., where home testing is cheap and ubiquitous, Mina says he would like to see the U.S. get to the point where at-home rapid tests cost less than $1 each and are stashed in medicine cabinets everywhere “just like we have Band-Aids.”

In Wednesday’s briefing, Zients emphasized that there are many free testing options through community health centers and other testing sites – and that insurance covers these testing options. The administration has arranged for 20,000 more pharmacies to offer COVID-19 tests, in addition to existing free test sites in over 10,000 locations nationwide.

Meanwhile, the FDA announced on Tuesday that Ellume has recalled nearly 200,000 at-home test kits because they had a higher-than-expected rate of falsely positive tests.