The Supreme Court Room at the Pennsylvania Capitol in Harrisburg. 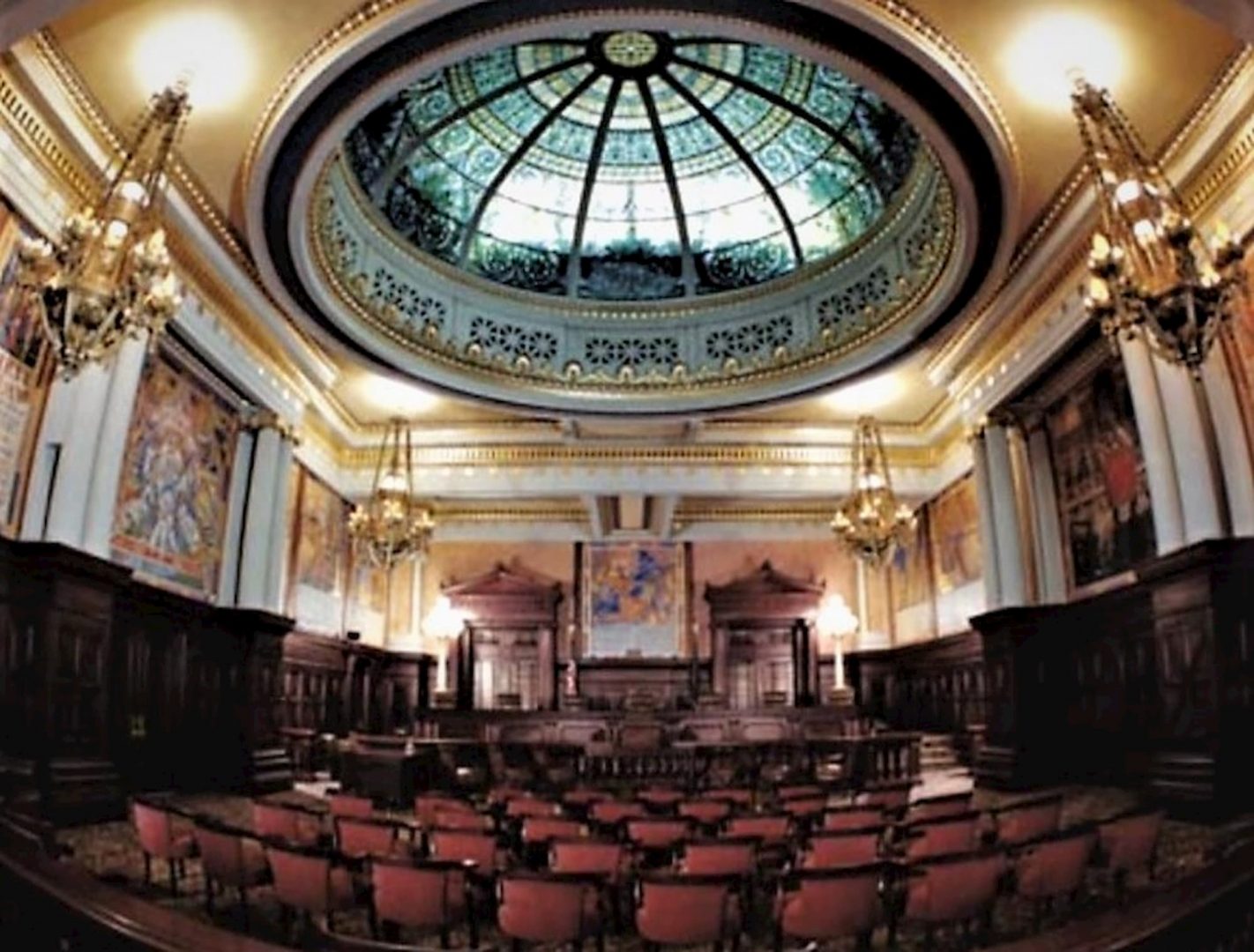 The Supreme Court Room at the Pennsylvania Capitol in Harrisburg.

(Harrisburg) — A judge has reduced the sentence of a Mississippi truck driver convicted in an alcohol-related crash on a Pennsylvania interstate three years ago that killed three people, including a toddler.

A Dauphin County judge originally sentenced 32-year-old Jack Satterfield to 28½ to 78 years in prison after he pleaded guilty to charges including vehicular homicide while driving under the influence in the October 2018 crash on Interstate 83 in Lower Paxton Township.

PennLive.com reports that Judge Deborah Curcillo on Monday reluctantly imposed a new term of 27 to 54 years after the state Supreme Court ruled in June that Satterfield had been sentenced three times for leaving the scene of the wreck when he had in fact only done so once.

Authorities said Satterfield had consumed eight drinks earlier in the day before his rig slammed into a line of cars stopped in a construction zone. The crash killed 24-year-old Zachary Lybrand of Middletown; his 16-month-old daughter, Elliana, and 22-year-old Ethan Van Bochoven, a college student from Pompton Plains, New Jersey.

Rachel Timler, one of the sisters of Jessica Lybrand, Zachary’s wife, told the court that the defendant had “caused immeasurable pain in so many lives.”

“I never believed that I could feel so constantly empty inside,” she said.

Carmen Timler, another sister, blasted Satterfield for forcing her family to “relive the horrors” of “the most tragic day of our lives.”

Public defender Jessica Bush said excusing her client’s actions would be “an impossible task” but cited a history of substance abuse and family violence, as well as mental illness since the age of 6. The defense sought a sentence reduction that would allow Satterfield to someday speak to others about the dangers of drinking and driving.

“It haunts him every day,” Bush said of the crash. “He is still haunted by what he’s done. … He is suffering as well.”

Satterfield said there was no excuse or justification for his actions.

“My values and morals were all messed up,” he said. “When I got behind the wheel that day I was thinking very selfishly.”

Steelers' offseason plan put them on road to nowhere