How should Pennsylvania count incarcerated people in state prisons for redistricting purposes?

(Philadelphia) — The state lawmakers charged with redrawing Pennsylvania’s congressional and legislative districts may soon do something not seen in the commonwealth’s recent history: use two significantly different sets of data to draw state and federal election maps.

The disagreement is driven by a question that has become highly partisan: How should Pennsylvania count incarcerated people in state prisons for redistricting purposes?

The fact that a partisan divide would lead to dueling data sets is frustrating to academics monitoring the map-drawing process, who would like to see consistency underlying the state’s approach to drawing election maps.

The question of how to count state prisoners came to a head in August, during a hearing of the commonwealth’s Legislative Reapportionment Commission. The five-member commission — made up of Republican and Democratic leaders in each chamber and a tiebreaker appointed by the Pa. Supreme Court — voted to no longer count prisoners as residents of the districts that house their prisons, but as members of the districts they originally lived in.

The debate over the change split down party lines. Republicans were against it, and the Democrats who championed the measure were in favor. The vote came down to the tiebreaker, former University of Pittsburgh Chancellor Mark Nordenberg. He sided with the Democrats, saying the change improved “a basic issue of fairness.” 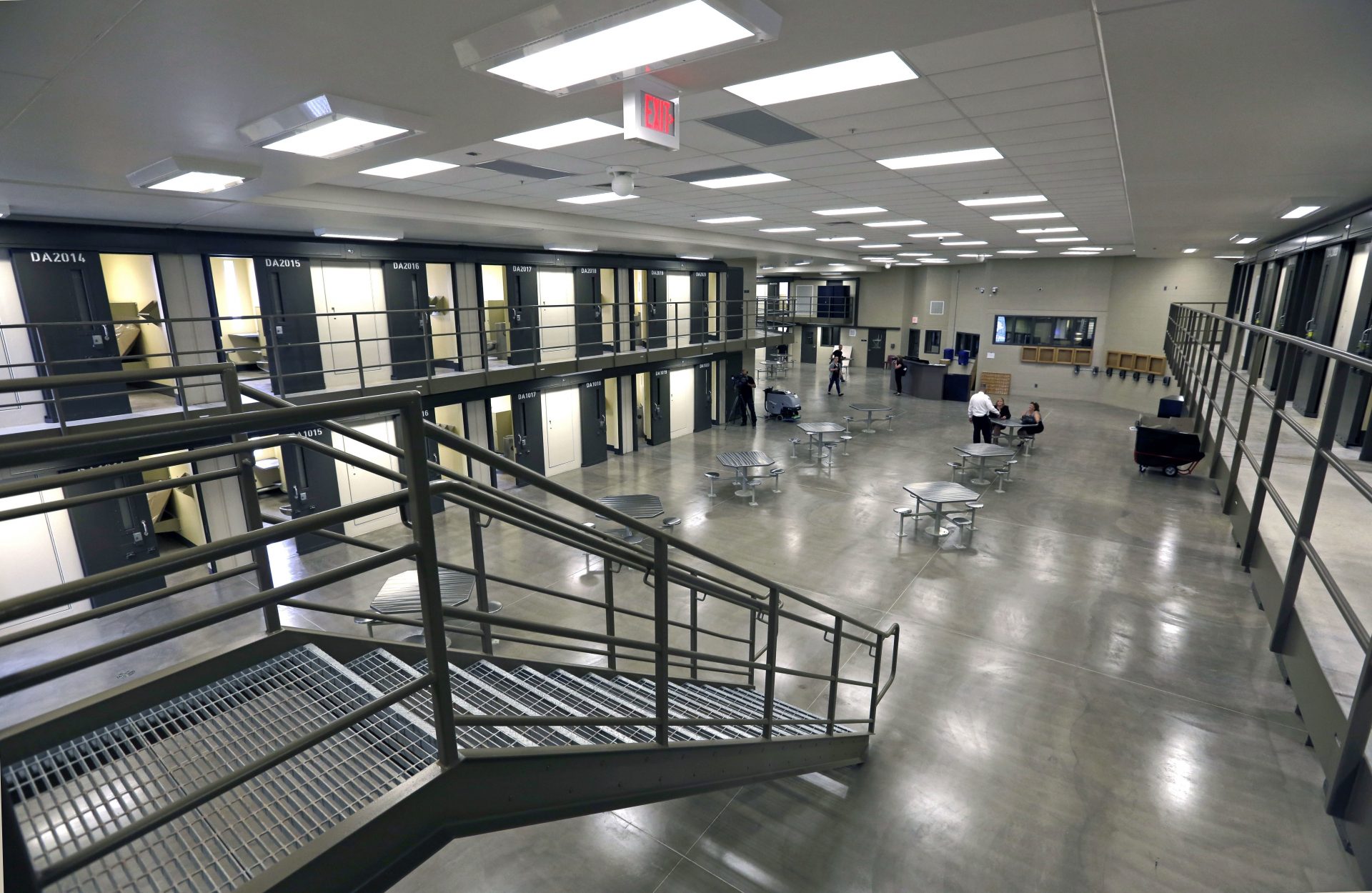 This June 1, 2018, file photo shows a housing unit in the west section of the State Correctional Institution at Phoenix in Collegeville, Pa.

That decision set the guidelines for drawing legislative maps, but has no formal bearing on creating congressional districts.

In years past, once the Legislative Reapportionment Commission has voted to accept a data set for map-drawing, the state House and Senate have voted to adopt that same data for the congressional redistricting process.

There’s usually only one set of data to choose from, so the decision is just a formality. In 2011, for instance, the resolution in question breezed through both chambers on an expedited voting schedule.

But this year, Republicans requested that the Legislative Data Processing Center, which prepares U.S. Census numbers for the mapmaking process, deliver two distinct sets of data: one using the old prisoner apportionment method, another using the new reforms. When lawmakers decide what data to use in their new congressional map, they’ll make a choice with significant partisan implications for the first time in recent memory.

Republicans have so far been tight-lipped about how they intend to handle the decision.

A spokesman for House Republicans didn’t return requests for comment. Fred Sembach, a top GOP staffer for the Senate’s State Government Committee, which leads the chamber’s redistricting efforts, said he believes lawmakers will pass some kind of resolution similar to the 2011 one, but that he has “yet to hear about doing one,” and that “there’s been some discussions about how prisoners will be handled for congressional reapportionment but no decision has been made.”

He added, though, that Republicans are already firm on their position regarding how to count prisoners: “the arguments would be the same as what Senator [Kim] Ward and Representative [Kerry] Benninghoff made during the Legislative Reapportionment Commission deliberations.”

Ward and Benninghoff, the two Republicans on the commission, were staunchly against counting prisoners in the districts where they’re from. They argued that living in a prison means you become a part of the community where it is, and should therefore be counted there. They say it’s inconsistent for the state to adjust how it counts prisoners without changing methods for other people who live in congregate settings away from home, like college students. They’ve also argued people forfeit certain rights of representation when they commit crimes.

Democrats counter that prisoners don’t choose where they are incarcerated and can’t be functioning members of that community. They also point to studies that show those counting methods artificially inflate the political power of the largely rural, conservative districts that have prisons, and deflate the power of the mostly urban, liberal districts that feed prison populations.

During the initial debate on the change, Senate Minority Leader Jay Costa (D-Allegheny) made an argument in favor of keeping the same data for congressional and state House and Senate maps. He is the only Legislative Reapportionment Commission member who was also on that commission in 2011, and cited that lawmakers had used the same numbers for all their maps.

Taking that route again, Costa said, would be “a way to alleviate the disparity … between the legislative districts and congressional districts.”

A spokeswoman for Gov. Tom Wolf, a Democrat, said he won’t have much power to stop Republicans if they decide to reject the new prisoner apportionment approach, because the legislature can pass the resolution without the governor’s approval.

But she added, Wolf “believes we must bring more fairness and transparency to the redistricting process, so every Pennsylvanian is assured their voice is heard,” and that “incarcerated persons should be counted as residents of their home communities when drawing districts.”

David Thornburgh, who heads the good government group Committee of Seventy and frequently advocates for more transparency and nonpartisanship in redistricting, said this disagreement between congressional and legislative mappers speaks to a fundamental dysfunction in Pennsylvania’s redistricting process.

It is “inefficient and needlessly complex,” he said, to run “two parallel but different processes” for drawing maps.

Thornburgh and other redistricting reformers have long advocated for an independent commission to be made responsible for all redistricting. Structural problems aside, his organization urges the legislature “to use the prisoner-adjusted data to ensure these Pennsylvanians are counted — and represented — in their home communities.”

Remster, the sociologist who studies the way prisoner allocation affects redistricting, sees the entire partisan debate over this issue as a waste of energy.

She and Villanova colleague Rory Kramer see it as a purely empirical issue. They recently published a study, which Democrats refer to often, that found if prisoners were counted in their home districts during legislative map-drawing, the average Black Pennsylvanian would gain 353 new voters in their district, the average white person would lose 59, four districts would become legally too small, and four would become too big. 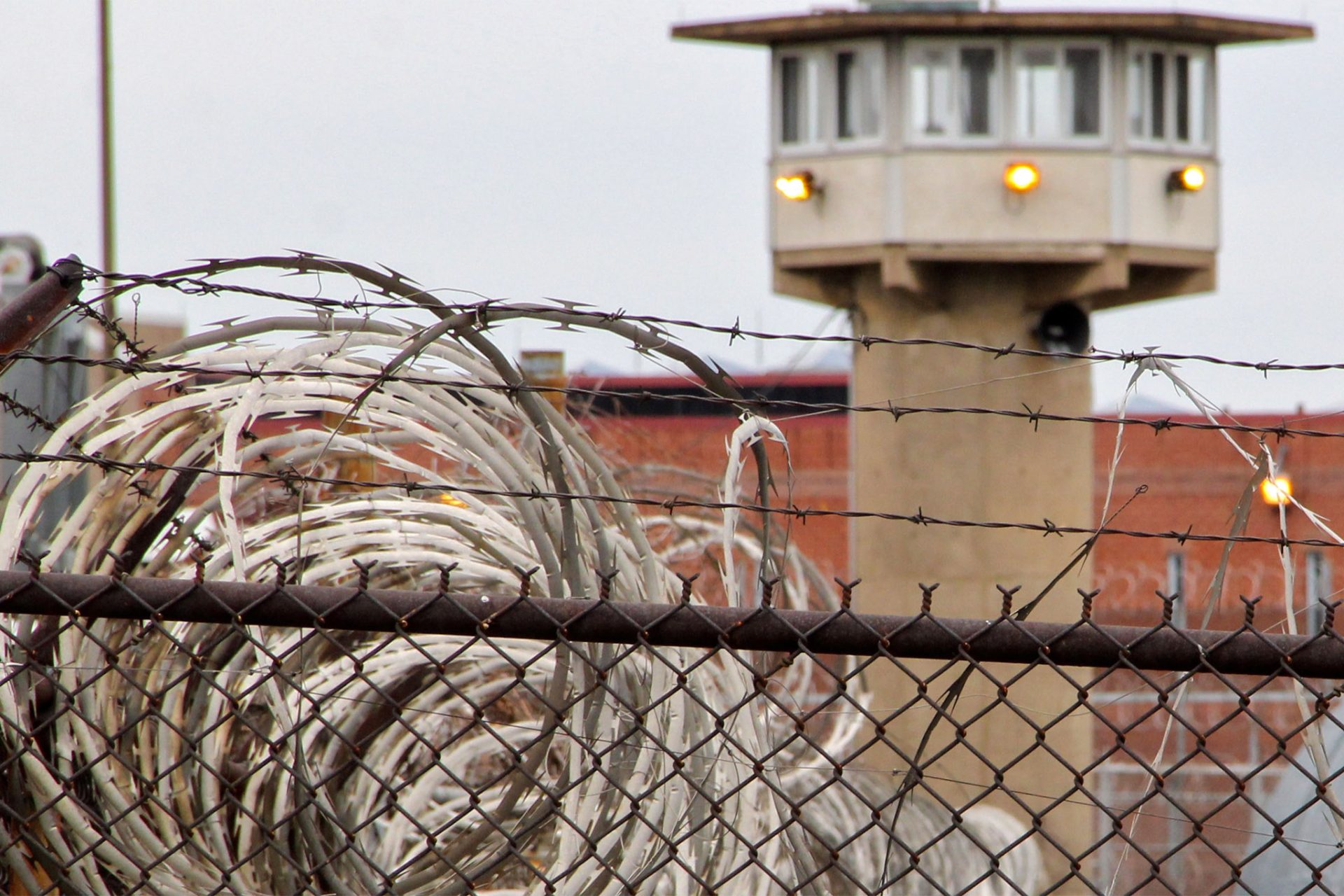 To the researchers, it points to a clear conclusion: counting prisoners in their prison districts for any maps is undemocratic.

“From a good governance perspective, we need to reallocate all people if people value the basic tenet of democracy of ‘one person, one vote,’” said Remster.

Because congressional districts are bigger than state House and Senate ones, the material impact on vote weight is more diffuse — enough that Kramer and Remster haven’t studied it. But they say creating a system where prisoners are counted differently in different maps is just bad public policy.

“If it weren’t partisan people deciding how we draw districts, I don’t think we would see these kinds of processes of, ‘Well, these people should get reallocated, but those people shouldn’t,’” Kramer said. “Because that doesn’t actually make sense as a governance position. It makes sense as a partisan struggle.”