Attendees mingle before workshop sessions begin at the 2021 Pennsylvania Latino Convention in Reading.

The event spanned more than two days and featured experts from around the state.

(Reading) — As political lines will be literally redrawn and vaccination efforts offer a possible turning point in the COVID-19 pandemic, Latinos in the commonwealth are looking to how they can ensure an equitable and just future.

The Pennsylvania Latino Convention in Reading ran from Sept. 28 to Sept 30 and covered more than two dozen topics such as poverty, voter engagement and health. More than 300 people attended the convention.

Norman Bristol, chairman and founder of the convention, said organizers understand Latinos  come with different needs and from many varied backgrounds. The convention aimed to accommodate those, he said. 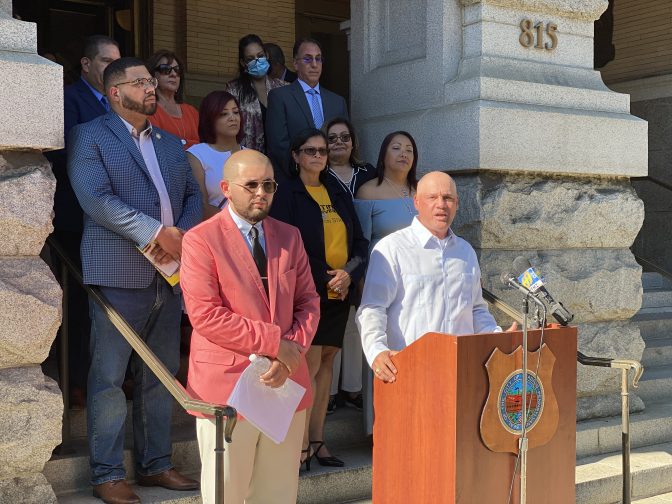 Norman Bristol was joined by Latino leaders across the state in June to announce the return of the Pennsylvania Latino Convention to Reading.

No single workshop or panel discussion focused solely on issues of immigration, an intentional move, Bristol said. Organizers asked presenters to integrate immigrant needs and challenges into their presentations, since a single session on the topic would not do it justice, he said.

“The only way that we are going to be able to address the ratio is by having that vibrant and robust conversation from all those angles,” Bristol said.

With the release of the 2020 Census data, Pennsylvania is beginning the process of redrawing its congressional districts.

More than one million Latinos now live in the state, according to the 2020 U.S. Census, but only three Latinos serve in the 253-member state legislature.

Experts have argued Latinos across the country were undercounted due to fears their immigration information could be used against them — noting former president Donald Trump’s failed effort to place a question about citizenship on the Census.

Fulvia Vargas-De Leon, an attorney with LatinoJustice, said though the number of Latinos in the commonwealth is at an all-time high, that doesn’t necessarily mean their interests are protected.

“There is a disconnect there between our increase in population and the fact that we still have a very low representation on the electoral level to effectuate great change,” Vargas-De Leon said. 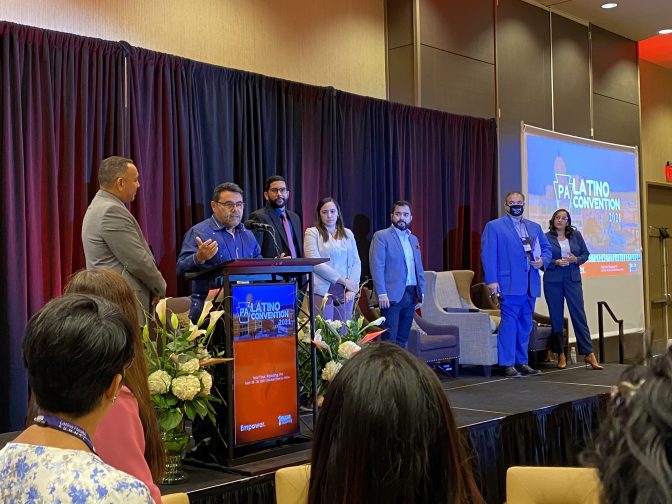 Panelists speak on voting rights, redistricting and the U.S. Census.

Other representatives of civic groups called for easier access to voting by mail, encouraged people to contact elected leaders about gerrymandering and emphasized the need for more Latinos to run for public office.

Raffy Luquis is a professor of health education at Penn State. He said experts are finally recognizing systemic marginalization of Latinos and other communities of color when it comes to care. 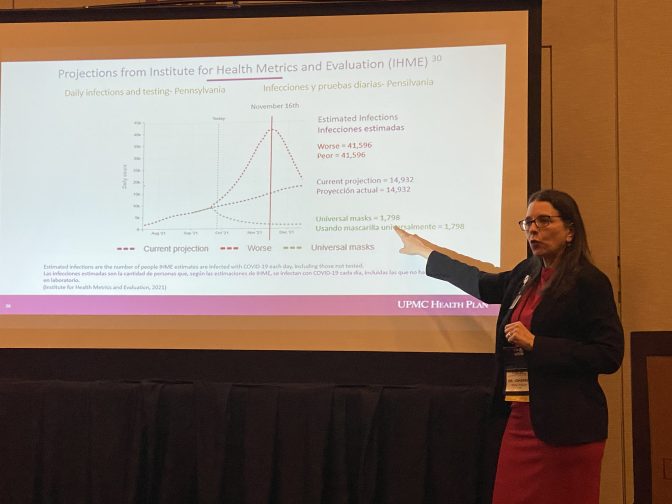 “Racism is a healthcare issue, a public health issue,” Luquis said. “The Centers for Disease Control (and Prevention), the National Institutes for Health and several other federal organizations are taking racism as the number one issue that they’re trying to impact moving forward.”

Dr. Johanna Vidal-Phelan, a pediatrician with the University of Pittsburgh Medical Center, presented projections of how bad the pandemic could get if people do not get vaccinated and don’t wear masks.

She also said Latinos have been vaccinated at a rate quicker than White people in recent months, noting targeted outreach and encouragement from trusted community leaders has helped.

The convention featured a gala that honored people who are the first Latinos elected to their position, such as Reading Mayor Eddie Moran and Berks County Commissioner Michael Rivera.

Bristol said the work of the convention continues with a white paper report that will pull from the workshops and feedback from attendees. That report will be delivered to state lawmakers and local leaders.

“The greatest result from the convention is going to be a policy paper that we write, based on the policy recommendations that are taking place in all the workshops,” Bristol said.

There is no decision yet as to where the annual event will be hosted in 2022.