Penn State is in position to make a run at what would be the program’s first appearance in the College Football Playoff. 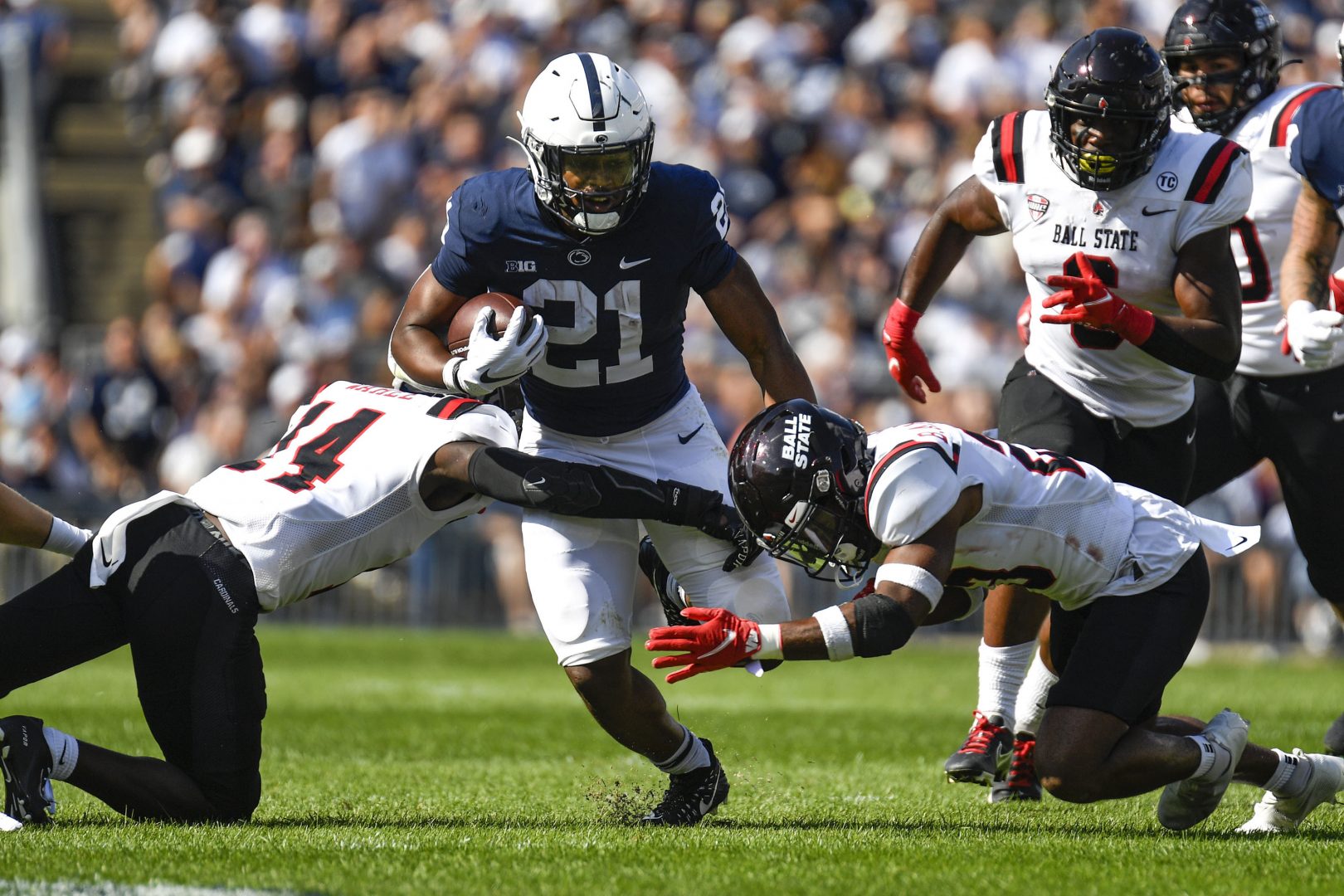 (State College) —  P.J. Mustipher and most of his Penn State teammates have learned the hard way before.

They can’t get comfortable or think too highly of their achievements, even though they’ve played themselves into a comfortable spot early in the season.

Even with a lot of football left, including four games against Top 25 teams, the No. 4 Nittany Lions (4-0, 1-0 Big Ten) know they’re in position to make a run at what would be the program’s first appearance in the College Football Playoff.

The last time the Nittany Lions found themselves among the top four teams with a chance to control their own destiny, they squandered it away against an opponent they didn’t see coming. Mustipher and 56 other Penn State players were part of the 2019 team that rode an eight game winning streak and a No. 4 ranking into Minnesota, where they fell behind the unbeaten No. 17 Gophers early, had to play catch-up, and ultimately lost their first game of the season, 31-26.

They flew home knowing their shot at a national championship was gone as quickly as it had appeared.

“The guys who’ve been in the room for a long time talk about how we have to use that,” Mustipher said. “We can’t get comfortable because we’ve already seen how it ends a season.”

In a way, they believe they’ve already had their “Minnesota Moment.”

The Nittany Lions were able to put up numbers and a win against Villanova last week, but the gritty FCS squad was able to exploit a few mistakes and play a much tighter game than the 38-17 score indicated. The Wildcats moved the ball with regularity on Penn State’s second- and third-team defenses.

“Last week, that was just like when we went up to Minnesota,” Mustipher said. “That stuff can’t happen.”

After the game Penn State coach James Franklin said he felt his team had come off its worst week of practice and the results showed.

“I think a lot of times for young people, the success can be more difficult to handle, to navigate, than even the adversity is sometimes,” Franklin said. “You walk around on campus and everybody’s patting you on the back and telling you how wonderful you are, and you’re on social media and you’re reading all the positive things, it’s easy to get caught up in that. We’ve got to hammer it home that it’s a weakness to get caught up in either the praise or the criticism.”

Mustipher said the Nittany Lions have moved on from their languid week. 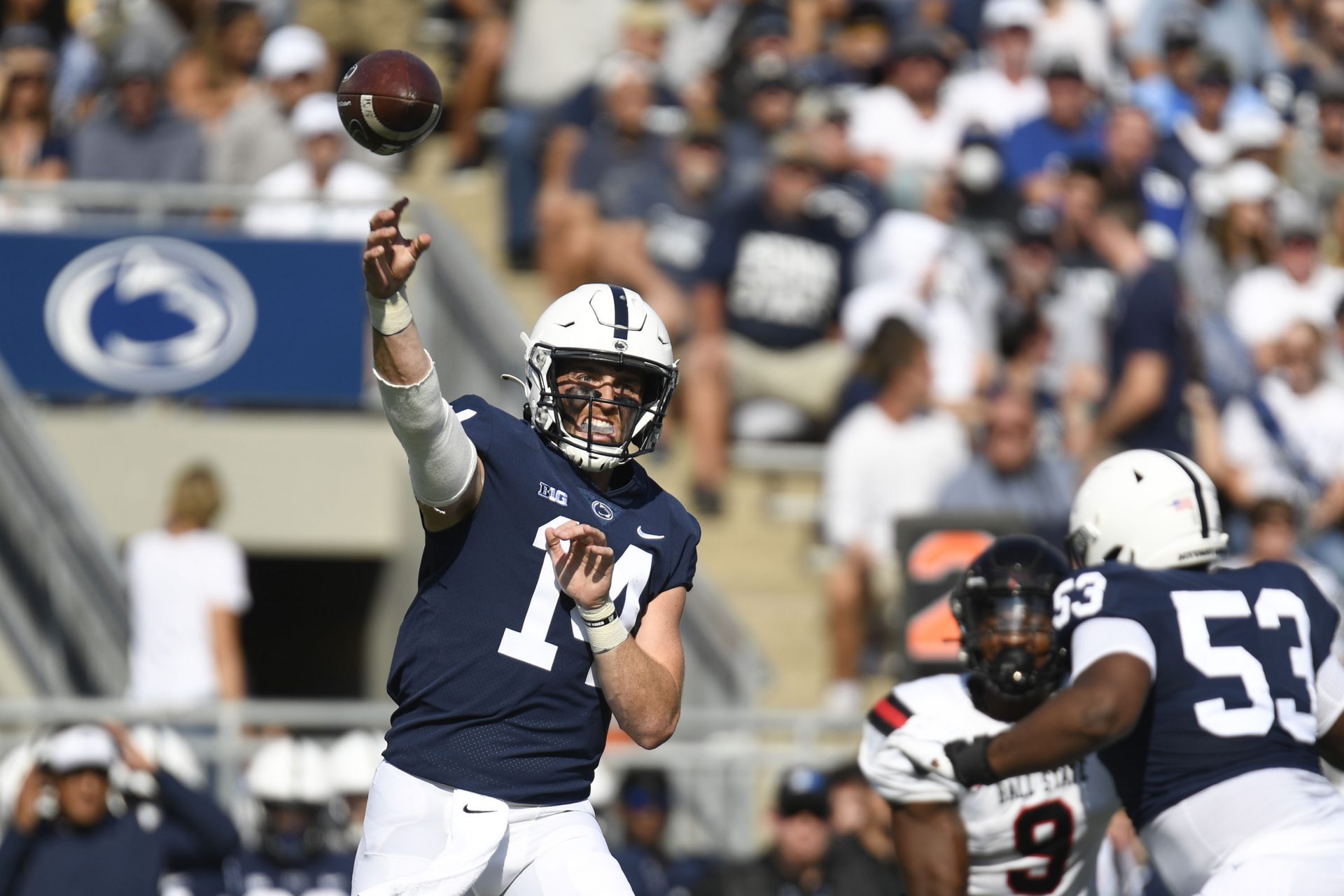 The defensive tackle observed a different feeling in the air when the team reconvened on Sunday to start preparing for Indiana (2-2, 0-1). The Hoosiers, who posted a controversial win over Penn State in the 2020 opener to send the Nittany Lions off on a five-game skid, visit Beaver Stadium on Saturday night.

“You can definitely tell that we wanted to have a better week,” Mustipher said. “Last week, it wasn’t terrible, but we have a standard in our program that we have to uphold every day. We didn’t feel like we did that last week.”

Getting the running game going would help them get to that standard. Outside their second game against Ball State where they ran for 240 yards on 48 carries, the Nittany Lions haven’t run for more than 84 in the rest of their games.

Starting tailback Noah Cain carried the ball just once against Villanova after suffering an unspecified injury against Auburn, and Penn State is averaging just 3.4 yards per carry.