Susan Ousterman spent months this year reaching out to the Department of Drug and Alcohol Programs with concerns over confusion about marijuana funding rules. Her son, Tyler Cordeiro, was wrongly denied treatment funding assistance in September 2020.

New records reveal the cost of Pa.’s failure to clarify rules around addiction treatment and marijuana

For 17 months, medical marijuana users were wrongly denied access to some care and funding options because of the Wolf administration’s inaction.

In September 2019, the federal agency that pays out hundreds of millions of dollars to Pennsylvania each year to combat the addiction crisis began warning recipients not to permit “marijuana use for the purposes of treating substance use or mental disorders.” That was particularly serious here, in one of the few states to endorse cannabis as a treatment option for opioid use disorder.

The rules weren’t as restrictive as they might have seemed, however. A few months later — on Jan. 1, 2020 — federal officials sent new guidance to the Department of Drug and Alcohol Programs that said people could still use medical marijuana as long as they worked toward alternative treatment options.

But for 17 months, the Wolf administration didn’t communicate the change with local drug and alcohol offices directly responsible for delivering services to Pennsylvanians.

In Bucks County, the local drug and alcohol office believed it wasn’t allowed to fund someone’s addiction treatment if they used marijuana for anxiety, opioid use disorder, and other behavioral health conditions. That understanding wrongly led Tyler Cordeiro, a 24-year-old Bucks County man, to be denied funding assistance in September 2020. He died of an overdose weeks later. 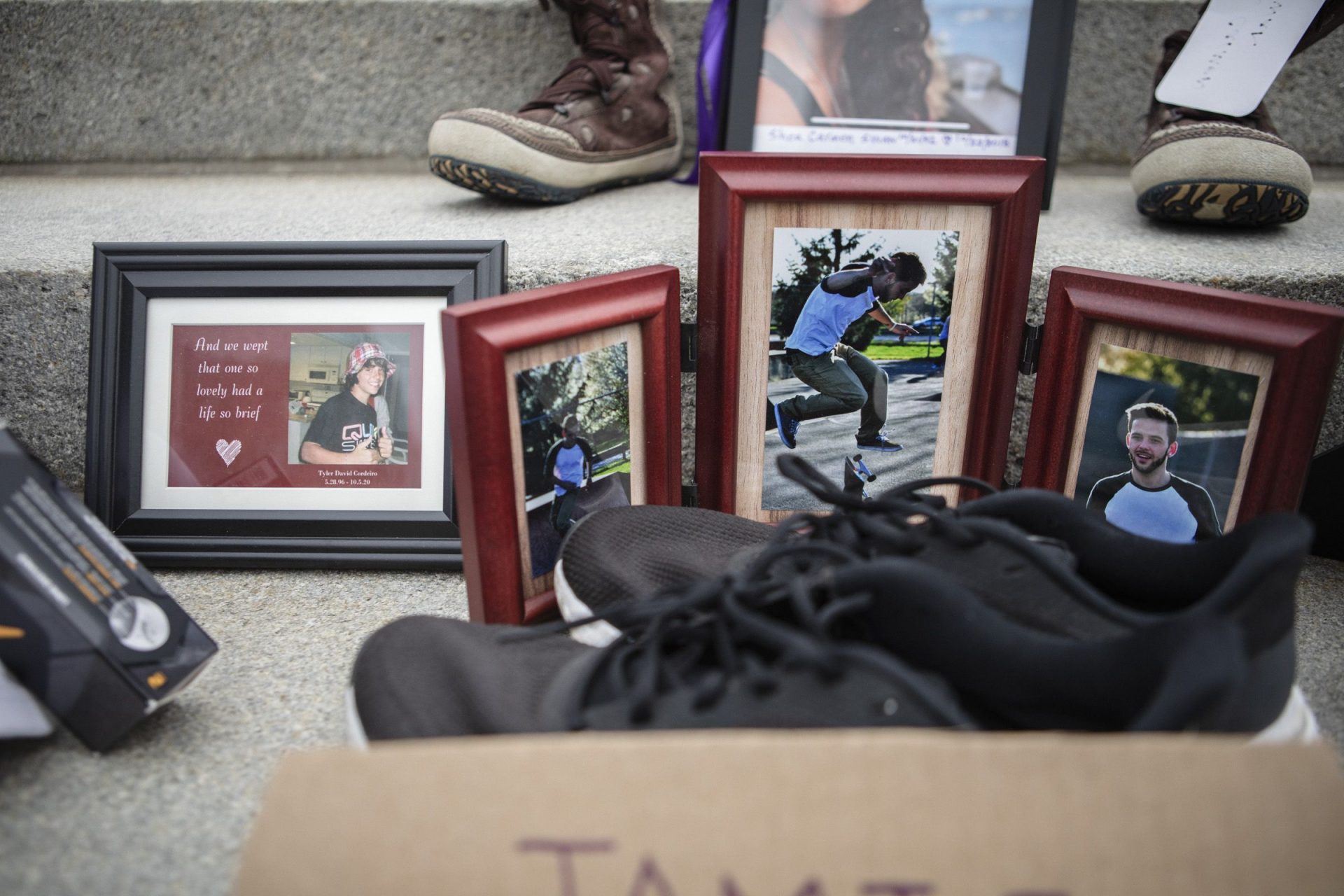 In Bucks County, the local drug and alcohol office believed it wasn’t allowed to fund someone’s addiction treatment if they used marijuana for anxiety, opioid use disorder, and other behavioral health conditions. That understanding wrongly led Tyler Cordeiro, a 24-year-old Bucks County man, to be denied funding assistance in September 2020. He died of an overdose weeks later.

In Chester County, uncertainty over the rules led officials to avoid a grant program aimed at expanding and improving initiatives that provide alternatives to jail, potentially costing the county up to $200,000.

And in Delaware County, a social services agency added marijuana restrictions to a homeless assistance program, despite concerns that they could create another barrier to housing.

“Sounds like a Pandora’s box waiting to Explode!” one county official wrote in June.

It’s impossible to know the full scope of harm caused by the state’s delayed action. But a Spotlight PA investigation — based on a review of hundreds of pages of documents and emails obtained through open records requests — revealed workers on the front line of Pennsylvania’s opioid epidemic faced conflicting messages, widespread uncertainty, and fears of losing critical funding.

In an interview in late August, the department’s secretary, Jennifer Smith, didn’t acknowledge any specific mistakes.

“We did the best we could given the decisions that we had to make and given the information that we had,” Smith told Spotlight PA. “Looking back, if we had known more, could we have made different decisions? Sure. But we didn’t have that information. All we knew at that time was what we knew.”

Smith said she wouldn’t explain how the department reached the decision not to share the January 2020 guidance, which she said was sent as a follow-up to a phone call that only specific state agencies were permitted to join.

But she contended the state “did not have the authority to distribute” the clarification from federal officials — something they directly dispute.

The Substance Abuse and Mental Health Services Administration said the guidance went out to all recipients of its multi-billion-dollar State Opioid Response grant program. A spokesperson for the federal agency said it considered the information a formal communication that state officials had the authority to share with other agencies and organizations.

“SAMHSA wanted to make sure states knew how SAMHSA funding could and could not be used,” the spokesperson said in September.

A previous Spotlight PA investigation first exposed the delayed guidance and its impact on Cordeiro. His mother, Susan Ousterman, spent months this year reaching out to the Department of Drug and Alcohol Programs with concerns over confusion about the marijuana rules.

Emails show Smith reached out to SAMHSA in May 2021, after Ousterman began asking questions. The federal agency soon after shared the January 2020 guidance again, this time on SAMHSA letterhead.

“This is wonderful!!!” Smith replied.

Smith’s department released a public bulletin about the federal clarification in June. Then, in August, SAMHSA eliminated the most confusing and restrictive language from its rules.

The new federal rules eliminate any confusion, the Department of Drug and Alcohol Programs said in a statement that didn’t acknowledge any communication failures — or even disagreements between different agencies.

The department said it “will continue to have open lines of communication” with the federal government, county drug and alcohol offices, and addiction treatment providers “to ensure that all Pennsylvanians seeking substance use disorder treatment have the ability to access treatment with no barriers, and without discrimination or prejudices.”

But some state and federal lawmakers contend the department’s answers fall short, and have criticized the delay or said they want more details to prevent such failure in the future.

“I definitely think some answers from the department should be obtained to explain how it is that it took so much time,” state Sen. Art Haywood (D., Montgomery), minority chair of his chamber’s Health and Human Services Committee, said earlier this month.

Citing Spotlight PA’s reporting, state Rep. Frank Farry, chair of the House Human Services Committee, in July sent questions to the Wolf administration about the issue and asked for “a detailed response.” Even with the federal changes, Farry thinks more needs to be done on the state level.

“I think it’s pretty important that we continue to work on it,” said Farry, a Bucks County Republican. “I’m hopeful that we can turn this very sad story into a positive, and ensure the next young man or woman that is in that situation gets the help that they need, so that they can get on that course to recovery.”