Immigrants and their supporters march to the U.S. Capitol, Tuesday, Sept. 21, 2021, in Washington, to demand Congress that a pathway to citizenship stays in the budget reconciliation package.

400,000 immigrants in Pa., N.J., and Del. up for citizenship imperiled by setback in Congress

(Philadelphia) — After a procedural decision dealt a blow to Democrats’ immigration agenda, local immigrants and their supporters have stepped up demands to provide a pathway to citizenship for millions already living and working in the U.S.

Local immigrants marched through Philadelphia over the weekend, and dozens from Pennsylvania, New Jersey, and Delaware attended Tuesday’s march in Washington, D.C. for “Citizenship, Care and Climate,” to keep the pressure on lawmakers.

Last week, the Senate’s parliamentarian ruled that sweeping immigration changes could not be included in the federal budget reconciliation process, a gambit Senate Democrats see as a maneuver to bypass a likely filibuster by Republicans on a standalone reform bill.

Despite what have become steep odds, Democratic leaders have been expressing optimism for other options and advocates are seizing the moment with urgency — fearing a window is closing for a shot to normalize the status of millions of immigrants living in legal precarity.

“People are more determined than ever to make sure this gets passed now,” said Desi Burnette, statewide coordinator of the Movement of Immigrant Leaders in Pennsylvania (MILPA).

“It’s something we’ve been dreaming for 20 years,” said Iwan Soetiono, 47, an Indonesian man living in South Philadelphia. A longtime U.S. resident, he came to America in 2001 after fleeing anti-Christian, anti-ethnic Chinese violence in Jakarta.

Soetiono applied for asylum in the United States, but has been denied twice. His two children are U.S. citizens, and he worked through the pandemic at a factory in New Jersey, manufacturing kilns.

The Democrats’ proposal calls for providing a path to citizenship for essential and farm workers, the so-called Dreamers who grew up in the U.S. after emigrating as children, and some who have been allowed to stay in the U.S. following natural disasters or civil wars at home.

Soetiono would qualify, as would hundreds of thousands of people in the region, according to the left-leaning think tank Center for American Progress. In Pennsylvania, an estimated 115,000 people could get green cards if the measure is enacted. In New Jersey, it’s 286,400. Delaware would see 16,800 people gain status.

With Democrats in control of the White House and both chambers of Congress, Soetiono asked: “How come whatever they plan, it just, like, falls apart?” 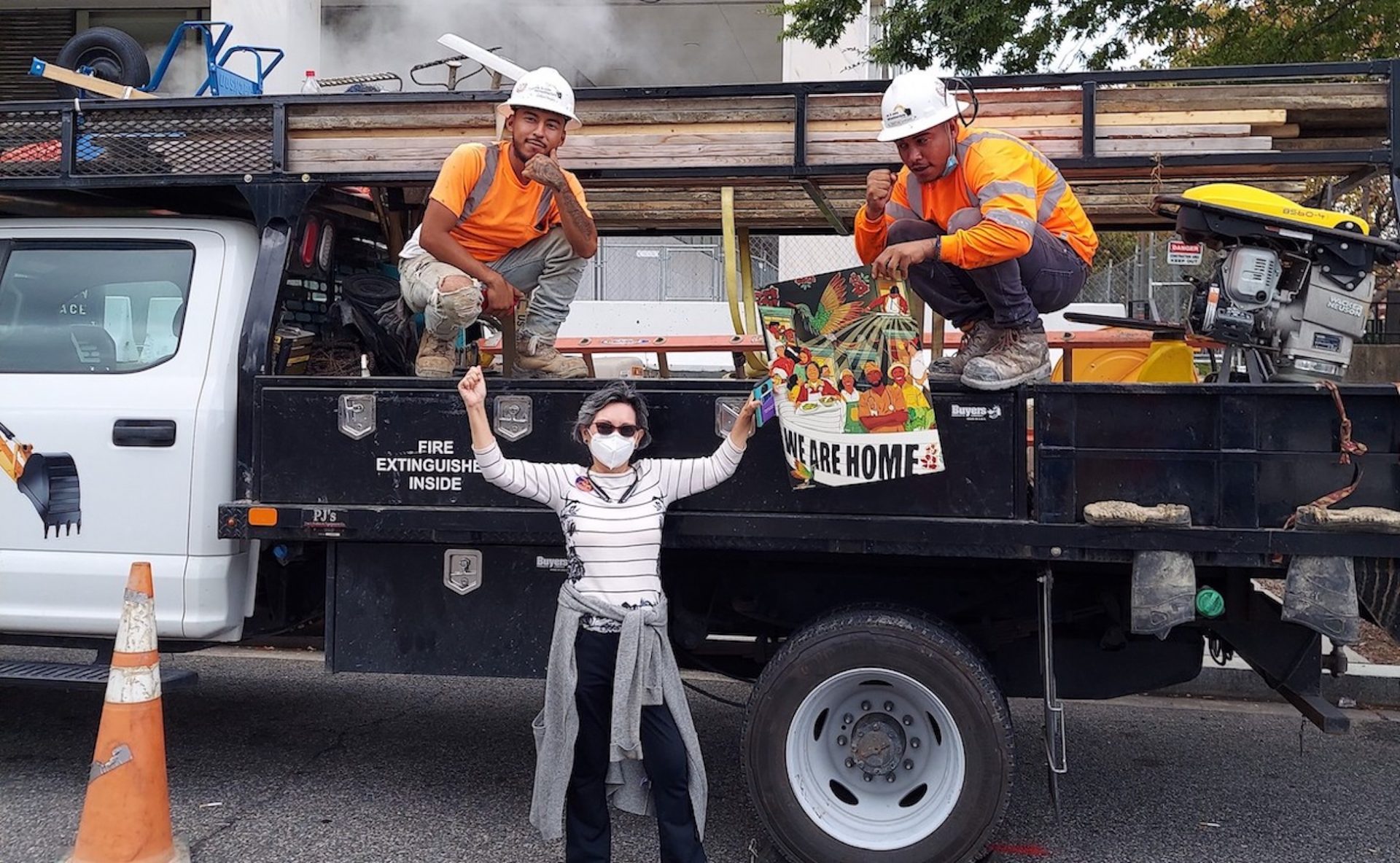 Charito Calvachi-Mateyko, who participated in Tuesday’s march in Washington, posed with two unidentified workers that day.

Polling shows that a majority of Americans want these changes. In May, at least two-thirds of respondents, including Democrats, Republicans and Independents, to an NPR/Ipsos poll said they supported a pathway to citizenship for immigrants in the above categories.

Charito Calvachi-Mateyko, coordinator of the Delaware Civil Rights Coalition, said the parlimentarian’s decision was wrong and harmful to Latinos, and that besides being the right thing to do, including the citizenship pathway in the reconciliation package would give America a financial boost.

“Republican legislators use the same mechanism in the Trump administration to pass the controversial tax cut for the top 10% of the people in this country,” Calvachi-Mateyko said. “Now, the Democratic legislators wish to use it to invest instead directly in people. So citizenship for immigrants would not only be the moral thing to do, but an economic booster for the nation.” 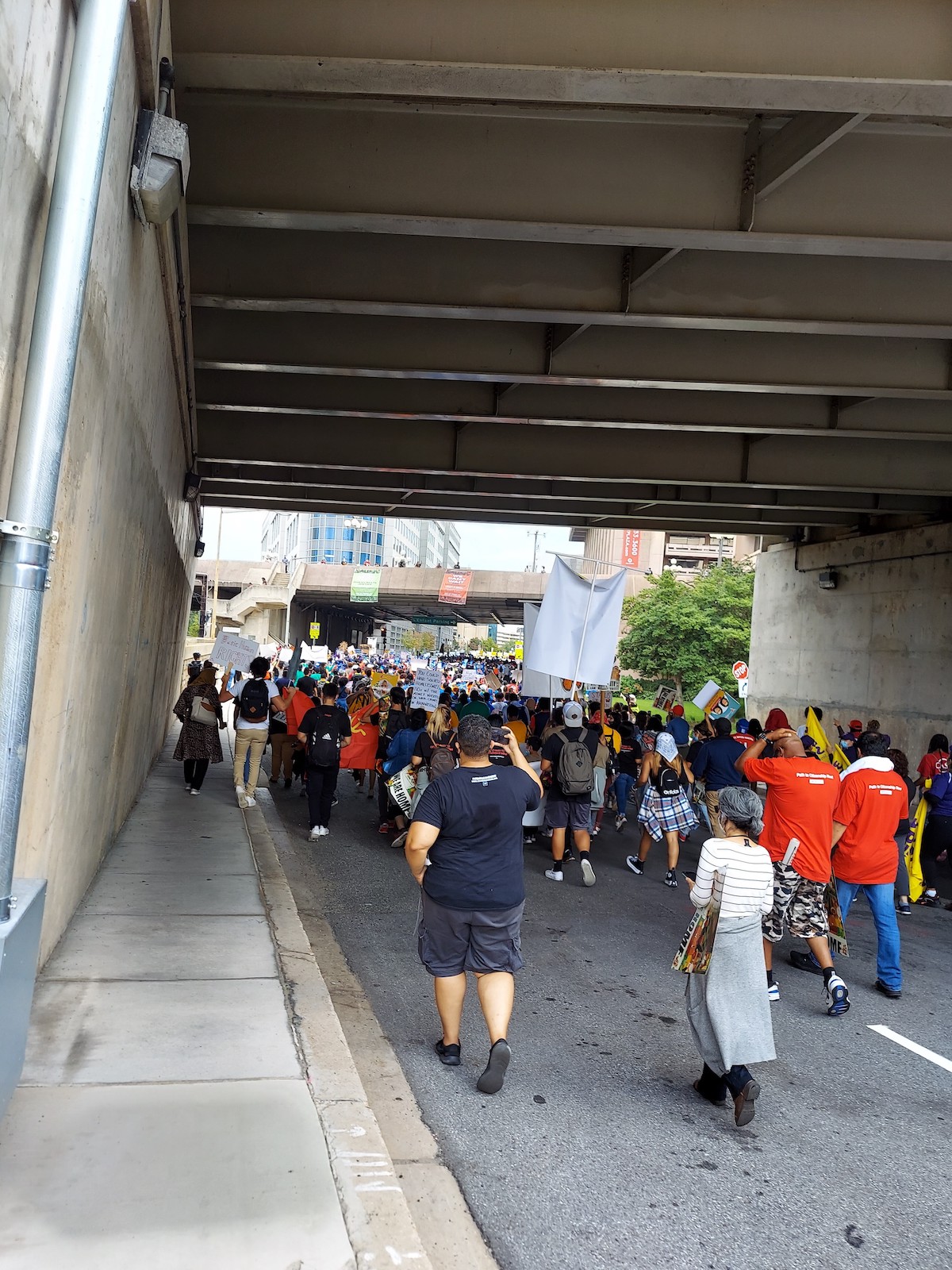 Group’s from Pennsylvania and Delaware participated in Tuesday’s march and rally in Washington. (Courtesy of Charito-Calvachi-Mateyko)

Democrats have indicated that they do not want to go around the Senate Parliamentarian, but to work with her. New Jersey U.S. Sen. Bob Menendez, a key leader on the issue, vowed to find another way.

“I and my Democratic colleagues intend to continue working until we get to ‘yes’ with the Parliamentarian,” he said, in a statement.

“It’s long past time that we take action to bring millions out of the shadows for an earned pathway to citizenship, provide Dreamers with the protections they are long due, and ensure we tackle the root causes of migration like poverty, violence, and lack of economic opportunity,” said Delaware U.S. Senator Tom Carper.

But the way forward is not clear. Politico reported that Senate Democrats are considering scaling down their proposal, or making a change to existing immigration law that would provide a path to citizenship for some immigrants who arrive by a certain date.

These political maneuvers come amidst strains to the U.S. immigration system. The United States evacuated more than 125,000 people from Afghanistan following its military withdrawal in August, the majority of whom do not have legal standing in this country, but will be extended something called “humanitarian parole.”

Shortly thereafter, the Biden administration drew condemnation for its treatment of Haitians at the U.S. southern border. Videos show Border Patrol agents on horseback whipping Black immigrants, and holding as many as 15,000 thousand people under a bridge in Del Rio, Texas without adequate food or sanitation. The U.S. began deporting hundreds to Haiti, in spite of that country’s recent presidential assassination and 7.2 magnitude earthquake. Both of those circumstances in the past have been grounds for allowing immigrants to stay in the U.S. temporarily, rather than deport them to possible death.

The GOP has already signaled it will campaign aggressively on the topic of immigration in the 2022 midterms, making change less likely if progress stalls through the end of this calendar year. 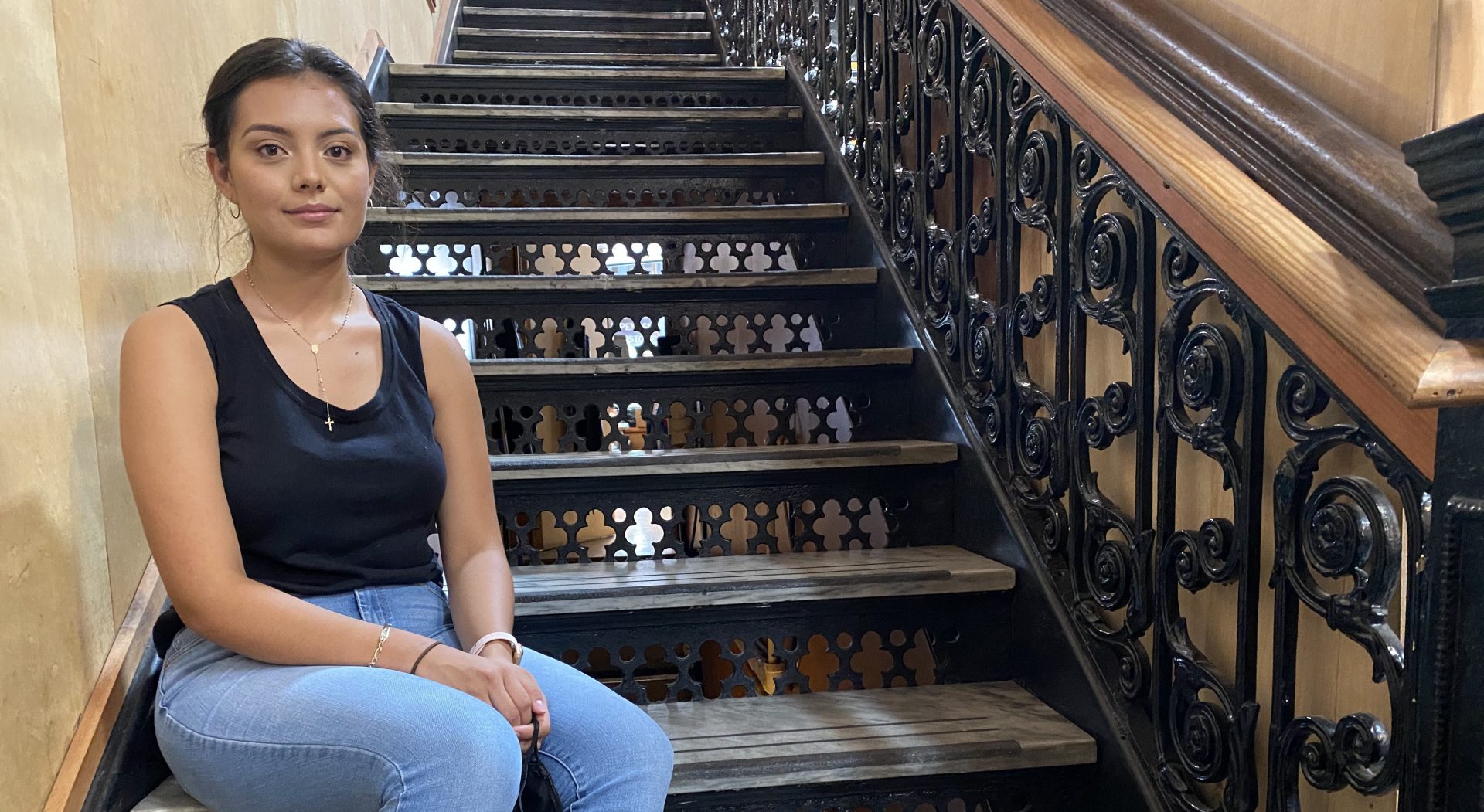 Stephanie Nuñez Prado is an organizer with Movement of Immigrant Leaders in Pennsylvania.

If Democrats fail, it will be one more strike against both parties, said Stephanie Nuñez Prado, 21, a recipient of the Deferred Action for Childhood Arrivals policy who came to the U.S. at age 5 and grew up in Harrisburg.

“We get threats from the Republican Party, but at the same time we get promises from Democrats, promises that never come through,” she said. Under the Democrats proposal, Nuñez Prado would have a pathway to citizenship, but her parents would not.

An aspiring lawyer or politician, Nuñez Prado said she would not stop fighting for her community until all 11 million estimated undocumented individuals have a way to stay permanently in the U.S. The status quo is subject to the whims of individual administrations. And DACA faces lawsuits trying to revoke Dreamers’ protection from deportation.

“We want something that actually feels secure, no matter what happens in the following year, that’s not going to change for us,” she said.

Unemployment refunds going out to those Pa. overcharged five years after issue discovered