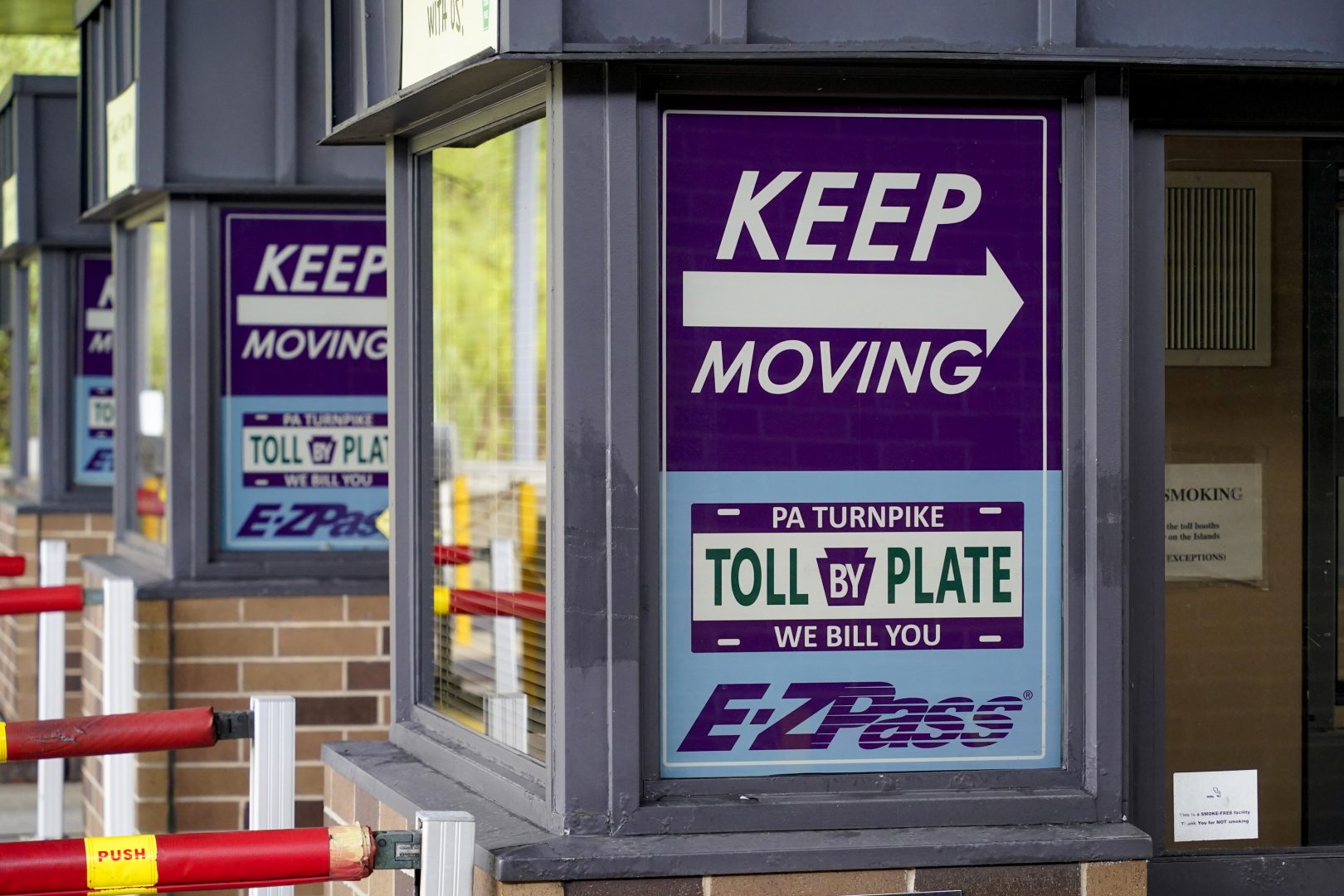 (Harrisburg) — Pennsylvania senators grilled turnpike executives over their efforts to collect unpaid tolls that amounted to $104 million last year during a hearing Wednesday prompted by an Associated Press report last week regarding some 11 million rides that generated no revenue for the debt-hobbled agency.

Transportation Committee Chairman Wayne Langerholc, R-Cambria, scolded the turnpike brass for not alerting him to the growing problem that he said “should have been a red flag within your department.”

“Why was this not shared with us until a Right-to-Know (Law) request of the media?” Langerholc asked.

“We’re talking about a tenth of a billion dollars,” Flynn said.

An internal turnpike report issued in July and obtained by The AP through a Right-to-Know Law request indicated that motorists who do not use E-ZPass have a nearly 1 in 2 chance of riding without paying under the “toll-by-plate” license plate camera system.

Turnpike Chief Executive Mark Compton assured the committee the agency takes the issue “very seriously” and is working to lower the amount of “leakage,” an industry term for free rides.

Compton noted his agency’s 93% overall rate of collection on all rides is typical for turnpike operations across the United States. The turnpike laid off hundreds of toll collectors last year and speeded up its long-planned conversion to a cashless, all-electronic tolling system.

Ideas floated by lawmakers during the hourlong hearing included requiring front license plates to make identifying vehicle owners easier, adding tolls on about 30 miles of turnpike at the Ohio border, and lowering the amount of unpaid tolls that trigger vehicle registration suspensions in Pennsylvania, a level currently at $500 over a three-year period.

“To be honest, I think you need to reduce that number,” said Sen. Mario Scavello, R-Monroe. “Very rarely is someone spending that kind of number.” 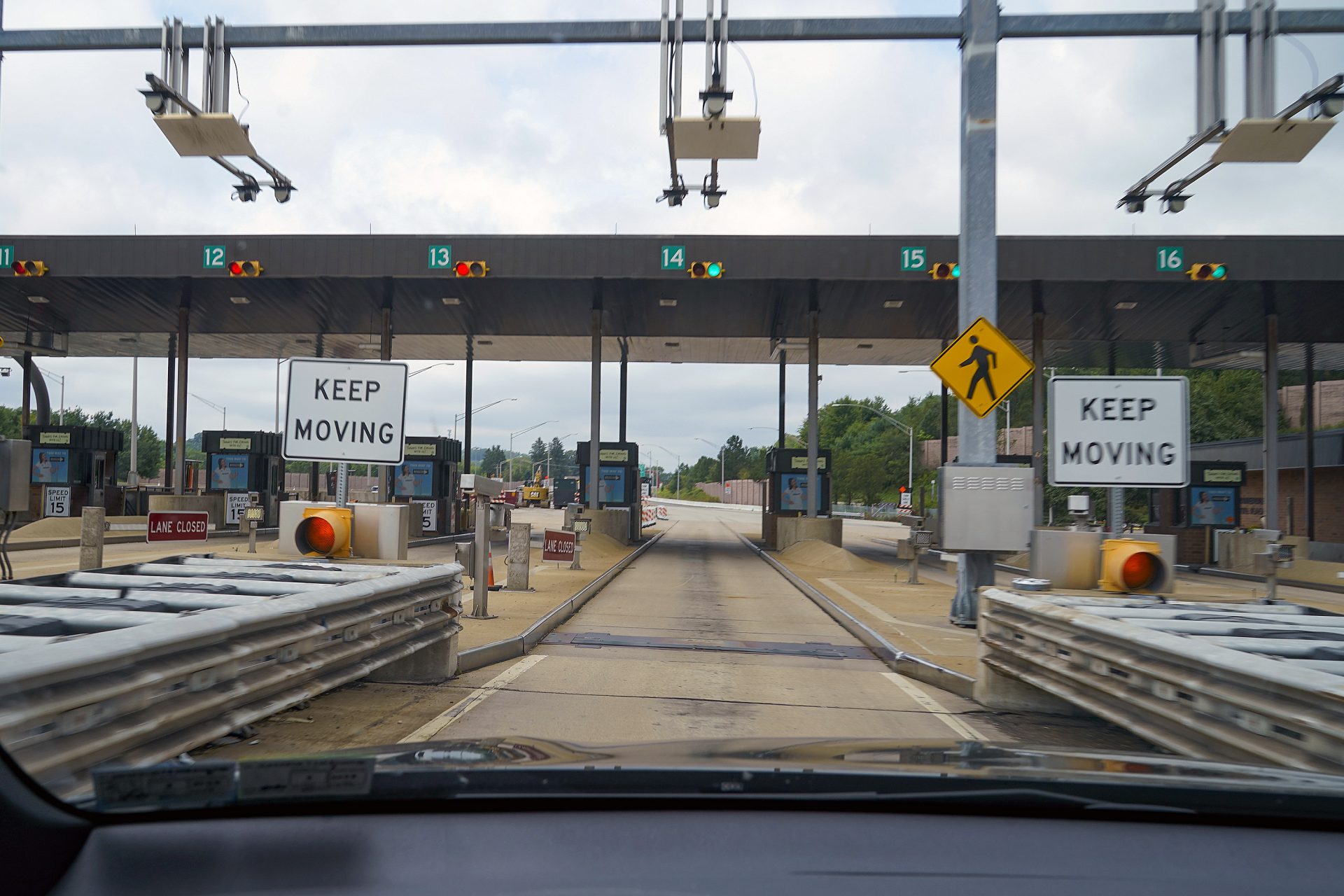 Compton said the turnpike uses two collection agencies to go after toll-by-plate scofflaws, paying them 10% of what they recover. It also pursues private criminal complaints with the help of local district attorneys and have filed what he called “a lot of lawsuits.” After three years, the turnpike writes off unpaid tolls, although there was a suggestion that even those long-overdue bills are worth going after.

The turnpike’s July report said that in nearly half the instances in which license plate camera images were not useable, the reason was the plate was not in the frame of the photo. About 41% of the image failures were blamed on an obstruction such as a bike rack. In about 1.1% of manually voided images, the problem was attributed to intentional obstruction of the license plate.

Compton said the turnpike would like to get reciprocal agreements with other states to go after unpaid bills, but that has proven difficult, in part, because of variation among states in how they penalize those who do not pay up.

“I must tell you, there have not been a lot of suitors” to their partnership hopes, Compton said.

He touted the turnpike’s 86% use of E-ZPass and told senators that working toward the goal of not having to mail out bills will help control costs.

Langerholc sought more information from turnpike officials and said he has plans for a follow-up hearing, perhaps next week.

Pa. Republican lawmakers and the U.S. Capitol attack
As part of WITF’s commitment to standing with facts, and because the Jan. 6 attack on the U.S. Capitol was an attempt to overthrow representative democracy in America, we are marking elected officials’ connections to the insurrection. Read more about this commitment.
Sens. Langerholc and Scavello supported Donald Trump’s 2020 election-fraud lie by signing a letter urging members of Congress to delay certifying Pennsylvania’s electoral votes going to Joe Biden — despite no evidence that would call those results into question.