Romy Ulysse, whose brother has schizophrenia, holds a megaphone at a protest outside Lower Bucks Hospital on Aug. 21, 2020. (Courtesy of Tom Sofield/LevittownNow.com)

‘Assisted outpatient treatment’ is intended to give people structure and keep them out of jail. 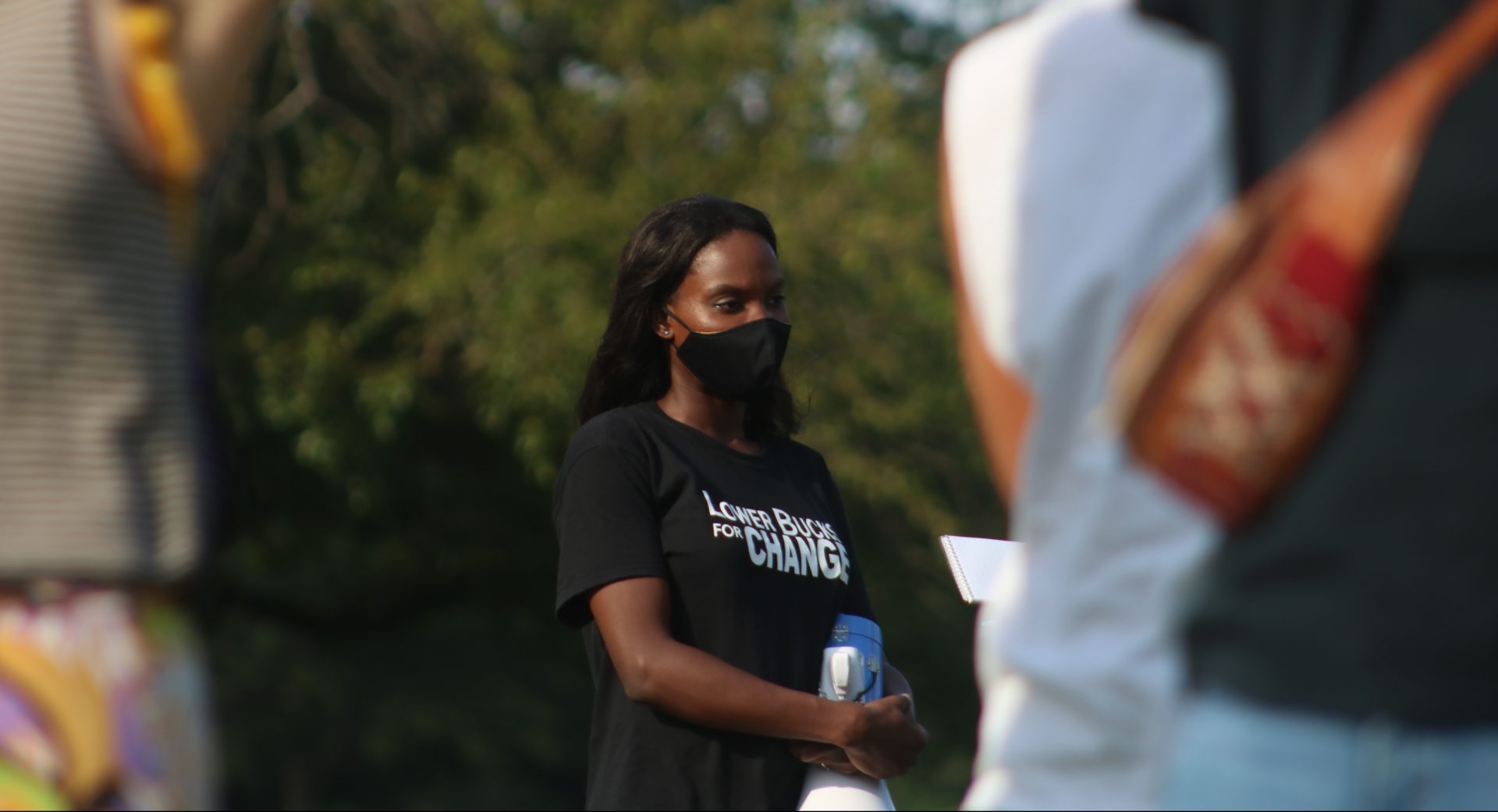 Romy Ulysse, whose brother has schizophrenia, holds a megaphone at a protest outside Lower Bucks Hospital on Aug. 21, 2020. (Courtesy of Tom Sofield/LevittownNow.com)

(Harrisburg) — Mental health agencies in Bucks, Dauphin, Carbon, Monroe and Pike counties are using new grant funding to test out a program designed to help people who live with serious mental illness and are at risk of ending up in jail.

Proponents of assisted outpatient treatment say some people with illnesses such as schizophrenia and bipolar disorder are unable or unwilling to follow treatment plans, in part due to a condition known as anosognosia that may make it difficult for them to understand that they are ill.

They say such “AOT” programs help people stick with treatment while keeping them out of the criminal justice system. Each person is connected with a judge and a support team. Those who don’t comply with the program are not at risk of criminal charges.

Assisted outpatient treatment gives prosecutors a tool for helping people who sometimes end up with criminal charges as a result of their illnesses, said Bucks County District Attorney Matt Weintraub.

“Some people just clearly do not belong in the criminal justice system, but they do need some kind of court oversight because of their mental health issues, and I think that this is the missing link,” Weintraub said. 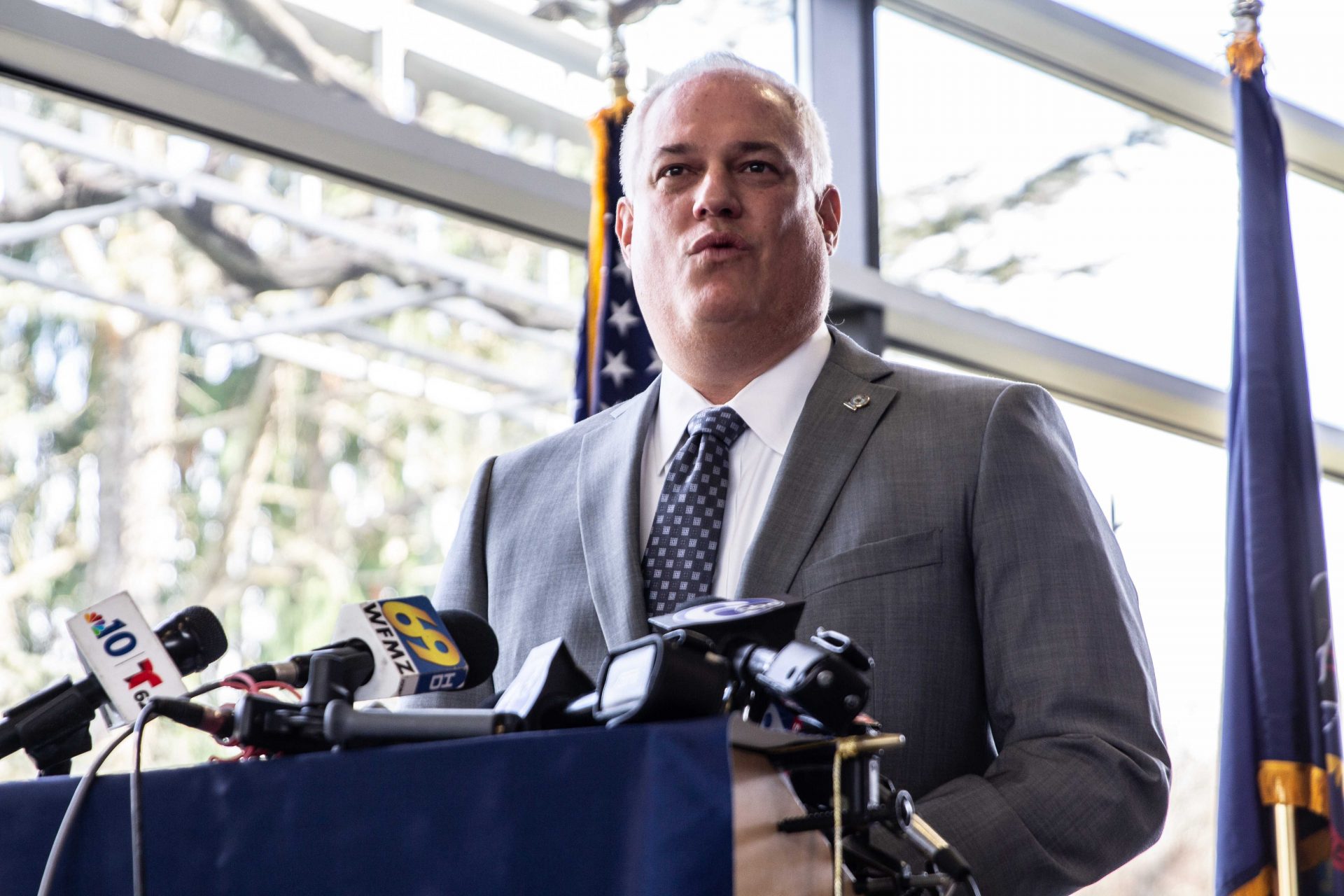 Bucks County got $360,000 through the community mental health services block grant to test out the program, according to the Pennsylvania Department of Human Services.

That money will be used to hire a program coordinator and set up more resources for roughly 35 people that the county expects to help in the coming year, said Bucks County Mental Health and Developmental Programs Administrator Donna Duffy-Bell. The county likely will begin accepting people into the program in January.

Duffy-Bell noted that one reason most counties opted out of AOT programs since it became legal in 2018 is that county officials feared it would not work without dedicated funding. This year, the state made such funding available through the federal community mental health block grant program.

There is still a concern among some county administrators that the program “lacks teeth” because judges aren’t able to charge a person who doesn’t comply with the program, Duffy-Bell said.

“And we wouldn’t want people to go to jail,” Duffy-Bell said. “But, you know, the thought is, just being involved in a formal process with a judge will help them.” She said the pilot programs will show whether it works.

Dauphin County got $250,000 for its two-year pilot program. The county anticipates it will help about 25 people during the first two years, said county spokesman Brett Hambright. Funding will focus on treatment and evaluation for people who lack adequate insurance.

“While this is a pilot program, we see the potential of Assisted Outpatient Treatment as another prong of our comprehensive efforts to treat mental illness,” Hambright said. “Specifically, we aim to deter individuals from crime and incarceration by offering support structures and resources.”

All county mental health agencies are eligible for such funding through the block grant program, according to Pennsylvania Department of Human Services spokeswoman Erin James.

This year, the state’s Office of Mental Health and Substance Abuse Services got additional funding through the Consolidated Appropriations Act of 2021 and the American Rescue Plan. The office has distributed about $27.7 million to counties.

“This federal funding supports the needs of adults with severe mental illness and children with serious emotional disturbance within community settings,” James said.