The ban took effect in November, but protests began this year after the high school principal reminded staff not to use the resources. 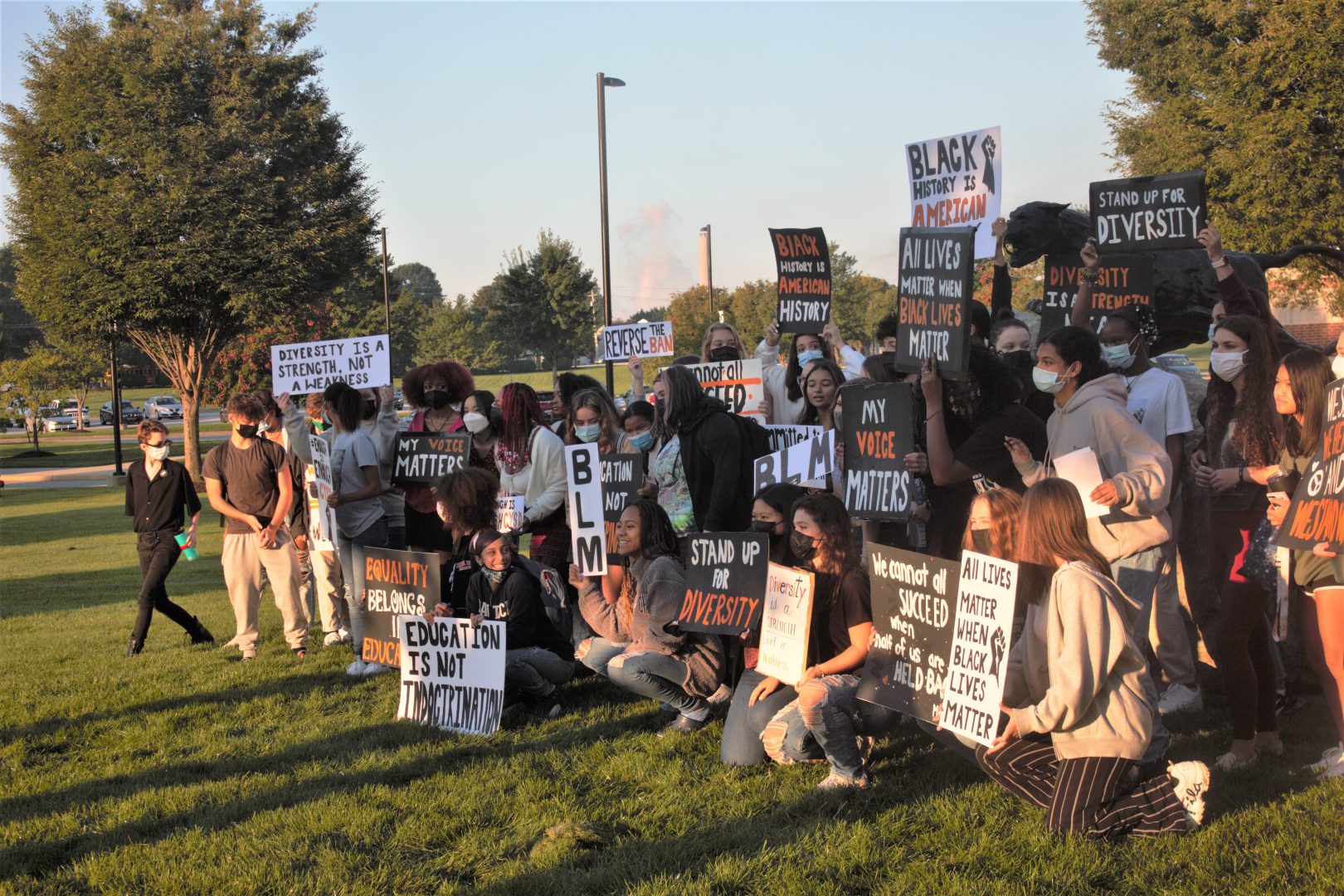 “We recognize the intensity of the opinions on all sides of these issues,” School Board President Jane Johnson said. She said the board was committed to making the long-delayed issue right.

In an opening statement, Johnson said the school board is agreeing to immediately release the list until the review process can be coordinated with the new superintendent, Peter Aiken. The board is posting the full list on the district’s website along with a link to policies that permit parents to raise concerns with specific resources within their child’s classrooms, she said.

The board voted in November to stop the resources from being used. Before this school year, high school Principal Ryan Caufman reminded staff not to use the resources.

Board member Kyle King pointed to the pandemic, retirement of district leadership and other factors that delayed the decision about the resource list.

“However, I’m not going to make excuses for this board’s inaction,” King said. “I and my colleagues did not approach this as the priority it deserved to be. I believe today is a step to healing this district, and an opportunity to grow even stronger as a community.”

School board member Tim Strickler supported lifting the ban, but said parents who voiced concern about the list considered some of the resources to be overly political.

“They see the need to celebrate both our uniqueness which we should do, but also our common bonds as Americans, without which no country can lawfully exist,” Strickler said. “What these parents oppose is the use of diversity training as a tool of activism, or political indoctrination.”

“Saying that you are lifting the ban is cute and all, and I know somebody already said it, but this seems to be a pattern, and something like this is going to happen again,” Simmons said. “Taking away resources is ridiculous. People of color should not be put at the bottom.”

Board members said some of the resources were available at the library. And some members say some of the materials on the list are too political, and that diversity is being used as activism.

The list includes a documentary based on the writings of James Baldwin and anti-racist resources from the National Education Association.

The district began discussing an anti-racism curriculum following the death of George Floyd and protests against systemic racism last summer. That August, the district’s Diversity Committee and teachers created a list of books, articles and movies as a resource for teaching anti-racism and Black history, said Edha Gupta, a senior at Central York High School and an executive officer of the Panther Anti-Racist Student Union.

The list was not meant to be part of the curriculum. But the school board voted in November to ban the resources from being taught in the classroom.

That decision came a few months after students, parents and faculty members protested to express dissatisfaction with two board members who spoke out against an anti-racist curriculum.

The protests returned earlier this month after the Central York High School principal sent out an email alerting school personnel not to use resources from the diversity resource list in the classroom. Last week, the board said it would reassess its decision to freeze the list last fall.

“I am glad the board made the right decision to reverse this ban,” said Christina Ellis, a senior and a member of the Panther Anti-Racist Union. “However, this board is far from done. We need to get back to the way the school board once was, that is being inclusive and their actions representing as such.”

Need help paying a past due utility bill? Call before the end of September