White flags stand near the Washington Monument on the National Mall in Washington, Tuesday, Sept. 14, 2021. The flags, which will number more than 630,000 when completed, are part of artist Suzanne Brennan Firstenberg's temporary art installation, "In America: Remember," in remembrance of Americans who have died of COVID-19.

More than 600,000 white flags on the National Mall honor lives lost to COVID 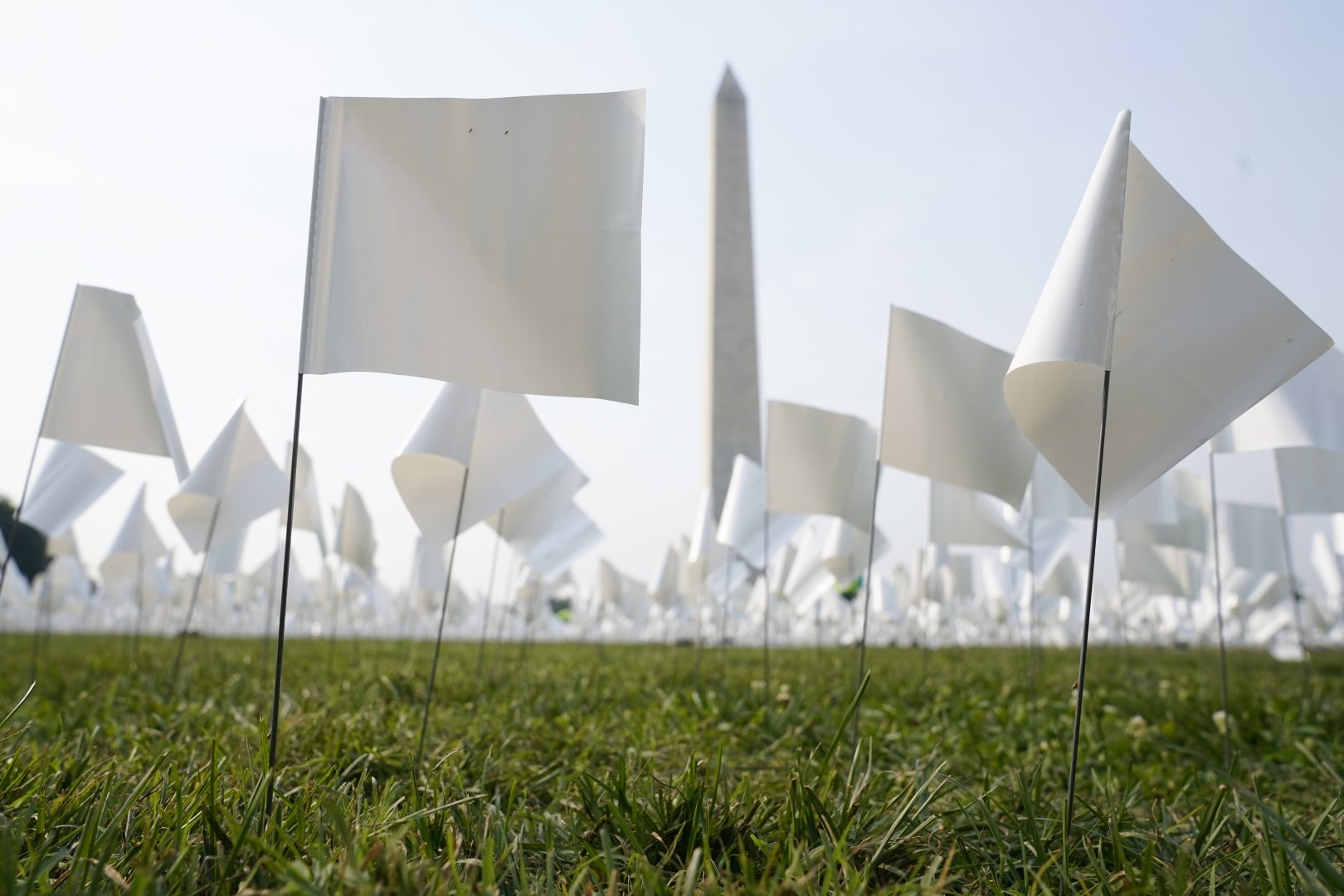 White flags stand near the Washington Monument on the National Mall in Washington, Tuesday, Sept. 14, 2021. The flags, which will number more than 630,000 when completed, are part of artist Suzanne Brennan Firstenberg's temporary art installation, "In America: Remember," in remembrance of Americans who have died of COVID-19.

(Washington) — For more than two weeks starting this month, over 600,000 white flags will fill the National Mall — symbolizing the lives lost to COVID-19 in the United States.

Each of the flags, displayed across the 20 acres of grass, will hold a written personalized message from loved ones honoring their memory.

The art installation, titled In America: Remember, was created by Suzanne Brennan Firstenberg, the Washington, D.C., social practice artist who first created an installation of white flags outside the District of Columbia’s RFK Stadium in October 2020.

“I wanted to focus on my message. I didn’t purposefully start out to do a large-scale installation. My outrage led me,” Firstenberg said in an interview with NPR.

The 62-year-old artist began to visualize the idea for the installations in March 2020 during the beginning stages of the COVID-19 pandemic after Texas Lt. Gov. Dan Patrick said that Americans should be willing to take the risk of the coronavirus to protect the U.S. economy.

That message left Firstenberg with an array of emotions.

“That really disturbed me. I just felt as though someone had to do something to make a statement that with all these people dying, we had to value each of these lives as well,” she said.

Having spent years as a hospice volunteer, as well as working on Capitol Hill and in pharmaceutical new-product development, Firstenberg says she originally did not start out as an artist.

However, after taking a series of art classes, she discovered that art was a way to focus on her message when it comes to addressing social issues.

“Once I realized there was an art within me, I took every class I could,” Firstenberg said. “I learned every material I could because I wanted to use a whole range of materials to see what I needed to say.” 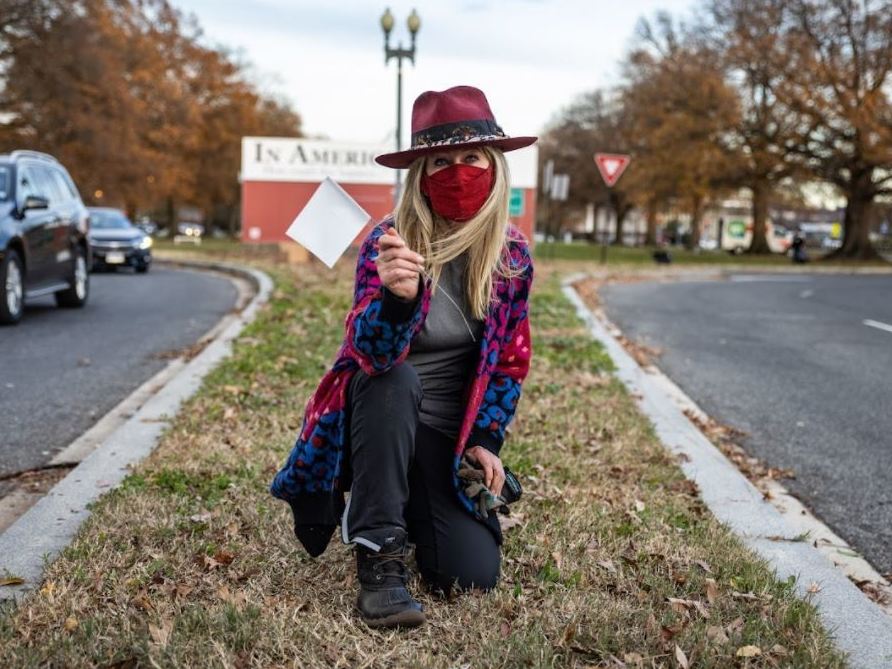 In the summer of 2020, Firstenberg began putting her ideas to the test.

Creating the exhibit In America: How Could This Happen… on 4 acres next to RFK Stadium, Firstenberg, along with a team of volunteers, planted 267,080 white flags — mirroring the 270,000 headstones at Arlington National Cemetery.

As the exhibit was coming to a close on Nov. 30, Firstenberg was already thinking ahead to her next project as she knew the death toll from the virus would steadily increase.

“When the installation closed last fall, I felt very sad knowing that we were heading into a very dark winter and there would be many deaths to come,” Firstenberg said.

“So many of these deaths happened in isolation without acknowledgment,” she said. “When I had an opportunity to bring it to the National Mall, even though it’s an immensely greater task, there was no hesitation. I knew I needed to do it.”

In the time between Firstenberg’s first exhibit and the second, almost 400,000 more people have died from COVID-19 in the United States.

Preparing for this year’s installation, Firstenberg says she purchased 630,000 white flags in June to correspond with the total number of lives lost to the virus.

But after double-checking the numbers against the latest Centers for Disease Control and Prevention data, she realized she would need to order at least 60,000 more flags.

“I’d run the numbers and check them several times, and I felt really assured that come the first week of October, I would not have used more than 630,000 flags,” Firstenberg said.

Unlike with the installation at RFK Stadium, people will have the chance to leave messages and dedicate flags digitally if they are unable to see In America: Remember in person, another way to connect those who have lost a loved one to the project.