Visitors to the Flight 93 National Memorial in Shanksville, Pa., participate in a sunset memorial service on Friday, Sept. 10, 2021, as the nation prepares to mark the 20th anniversary of the Sept. 11, 2001 attacks.

Award honors Flight 93 heroes through the bravery of others 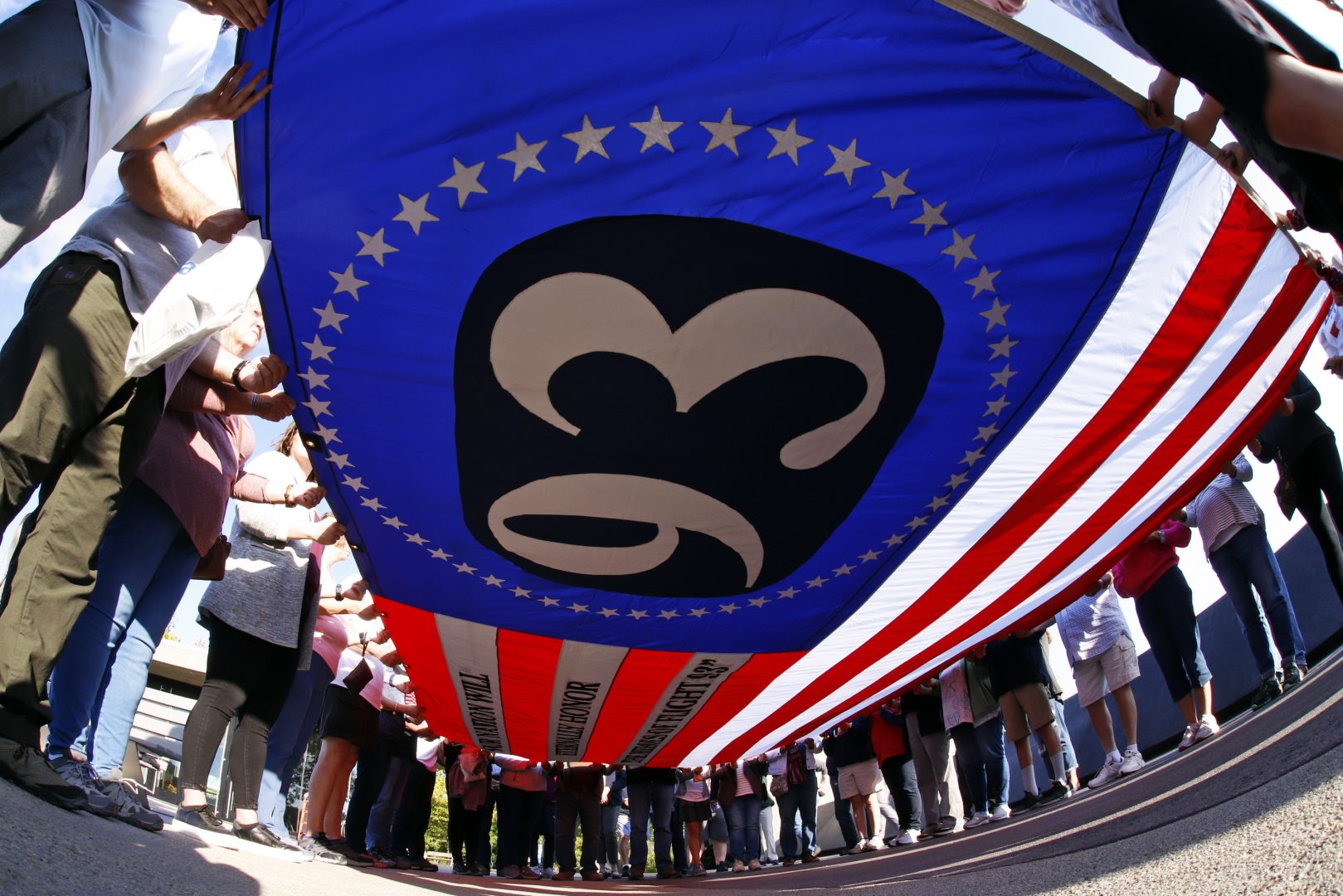 Visitors to the Flight 93 National Memorial in Shanksville, Pa., participate in a sunset memorial service on Friday, Sept. 10, 2021, as the nation prepares to mark the 20th anniversary of the Sept. 11, 2001 attacks.

(Shanksville) — The families of the Flight 93 passengers and crew recognized others who embody the bravery that cut through the darkness of September 11, 2001.

In a ceremony Friday at the Flight 93 National Memorial, a crowd paid tributes to the bravery of yesteryear and the courage of people today.

Donna Gibson, the president of the Friends of Flight 93 National Memorial, said Sivad Johnson exemplified the meaning and purpose of the inaugural Flight 93 Heroes Award.

Johnson was an off-duty Detroit firefighter who died last year as he saved three girls from drowning in a river.

“As an off-duty firefighter, he really had no responsibility, so to speak, to save them,” Gibson said. “But he chose to save them in spite of what danger he might have put himself in.”

Johnson’s family accepted the award on his behalf at a ceremony at the memorial in Somerset County.

He was among around 50 others nominated for the award.

Finalists were selected by a committee that included families of the 40 passengers and crew who fought the terrorists and died on United Flight 93 rather, than allow the al Qaeda hijackers to hit another target on 9/11.

Gibson said creating and bestowing an award 20 years later was a way to keep the story of Flight 93 alive.

“Part of our communication strategy for this 20 year commemoration was to do the heroes award as a way to educate America about what happened, tell the story of our heroes, and ask America to tell us the story of their heroes,” she said.

Emily Root Schenkel is the goddaughter of flight attendant Lorraine Bay, who was on United Flight 93. She and other relatives of passengers and crew had a hand in selecting Johnson and three other finalists.

“Good people, regular people find themselves in situations that were not expected and they make the right decision,” Root Schenkel said. “They make a courageous, brave and selfless decision.”

Nominees whose brave acts last year made them finalists for the award included:

The award will be given out every year to people who save others in the face of grave danger.

“Finding those examples in those situations and stories today, and being able to talk about them and compare them to the actions of 20 years ago is, I think, a very poignant and important thing to see in our society today,” Schenkel said. “And of course, it also helps to keep the story of Flight 93 alive and remembered.”