The GOP lawmakers have crafted a sweeping subpoena, requesting among other information the name, address and partial social security number of every voter registered as of November 2020.

(Harrisburg) — Republican lawmakers in the Capitol are pushing to collect personal information on every registered Pennsylvania voter, as well as a trove of communications between state and county election officials, as part of a controversial inquiry into the 2020 presidential election.

The GOP lawmakers have crafted a sweeping subpoena, shared with Spotlight PA late Tuesday, in which they are requesting all communications between state elections officials and elections officials in every county, as well as the name, address, and partial social security number of every voter registered as of last November.

The subpoena, which is up for a vote before a Senate committee on Wednesday morning, is likely to face pushback from Democratic Gov. Tom Wolf’s administration, as well as Democrats in the legislature who have characterized the GOP’s efforts as baseless partisan attacks meant to undermine President Biden’s win over Donald Trump. 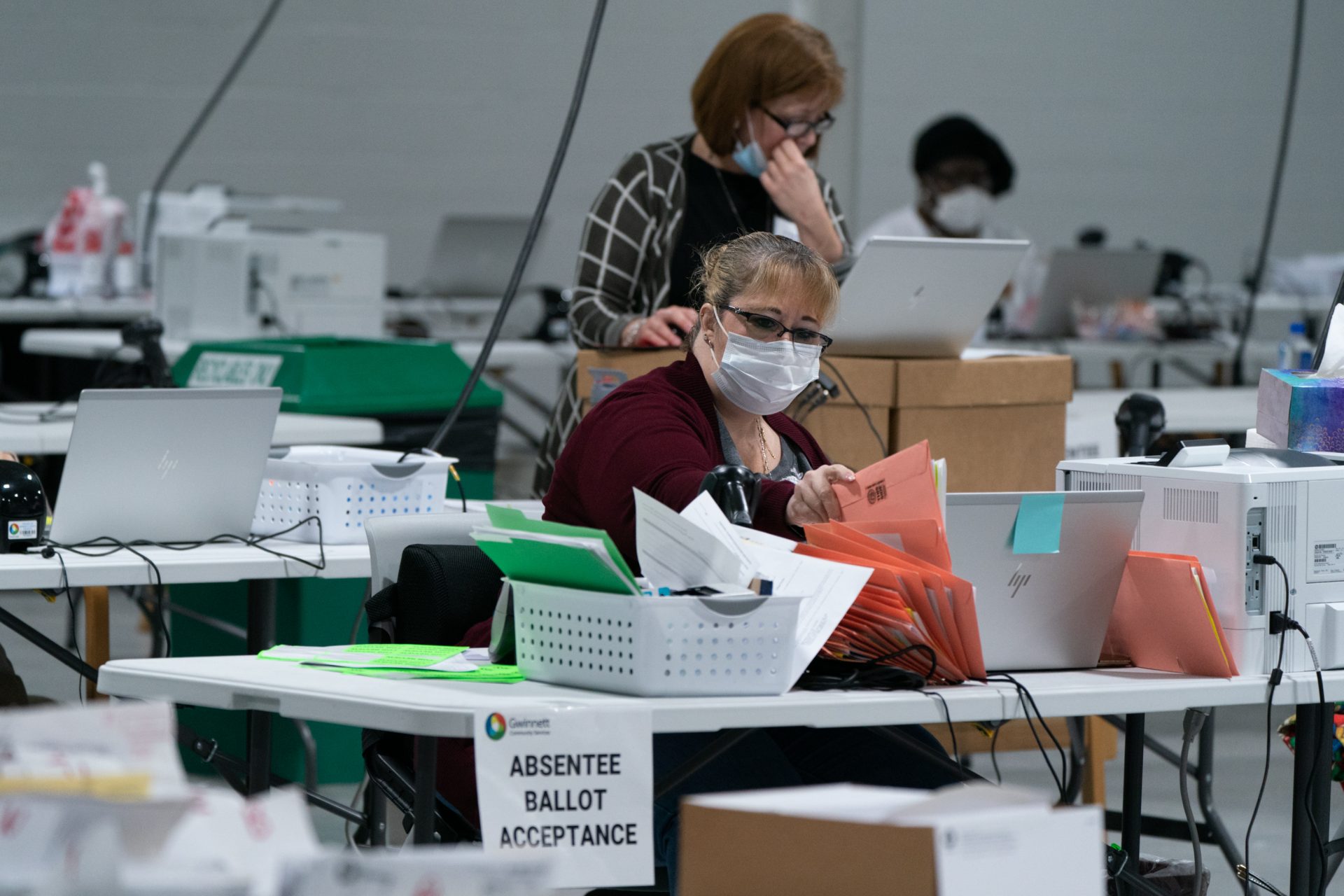 Election personnel sort ballots in preparation for an audit at the Gwinnett County Board of Voter Registrations and Elections offices on November 7, 2020 in Lawrenceville, Ga.

But Republicans who control the state Senate say they believe the sweeping review is necessary because of the state’s evolving guidance last year to counties on how to handle mail-in and other ballots, and to ensure that there were no irregularities in last year’s election — even though GOP legislative leaders have acknowledged that they have no evidence of fraud.

“We saw an extraordinary number of changes and guidance and clarifications and modifications of that guidance leading up to the election,” said Jason Thompson, a spokesperson for Senate President Pro Tempore Jake Corman (R., Centre). “Certain aspects of that guidance we felt were partisan.”

In an email to Spotlight PA, Wolf spokesperson Lyndsay Kensinger said administration officials have yet to receive a subpoena. But she said they “continue to strongly oppose any effort which would compromise the security and integrity of election materials and infrastructure, and undermine confidence in our elections by bringing an Arizona style circus to Pennsylvania.”

Thompson, Corman’s spokesperson, said Republicans are prepared to fight any litigation by the Wolf administration or others all the way to the state’s highest court — a likely costly and time-consuming process that could delay the inquiry by months or longer.

Responsibility for combing through the thousands of documents that could potentially pour in from the subpoena would fall to staff and attorneys for the Senate’s Intergovernmental Operations committee, which is spearheading the review. There is no set budget for their investigation, which critics say will unnecessarily cost taxpayers millions of dollars.

Sen. Cris Dush, a conservative GOP senator from Jefferson County, is leading the audit. Corman selected Dush for the effort in August, after a dramatic falling out with Sen. Doug Mastriano (R., Franklin) who had been the most vocal proponent in Pennsylvania of a “forensic audit” similar to the highly criticized one in Arizona’s Maricopa County. 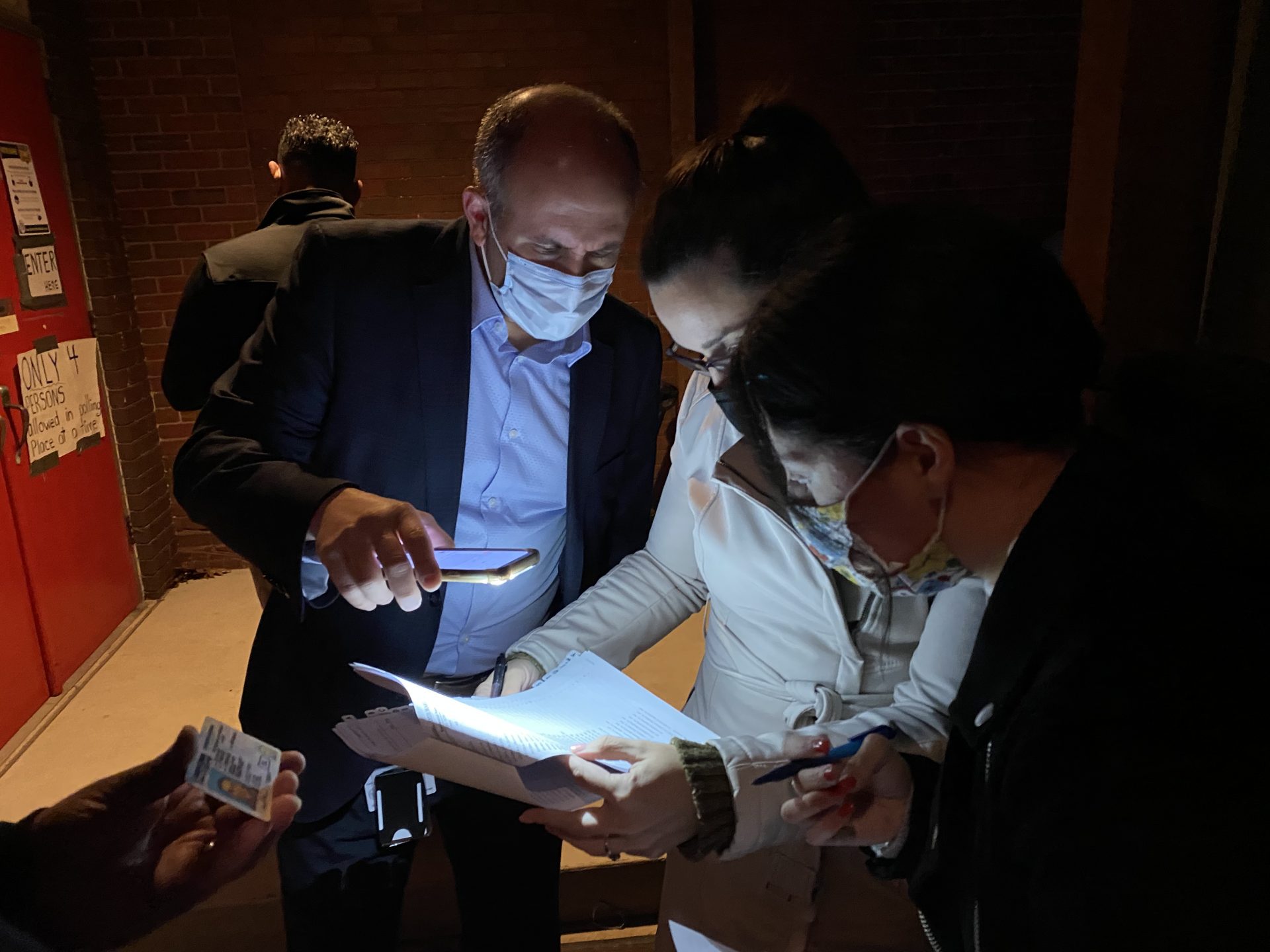 When he was in charge, Mastriano had threatened to issue his own subpoenas seeking election materials from three counties, including Philadelphia, but the orders never materialized.

Last week, Dush convened a hearing during which Republican senators questioned the actions and motivations of state election officials in issuing guidance to counties just days before the November election.

But the subpoena provides the first concrete look into the scope of the GOP’s review, even as Republicans have struggled recently to articulate what exactly the inquiry would include.

In the subpoena, Dush and other Republicans are seeking copies of any guidance by the Department of State to county election administrators; all training materials used to prepare county-level election workers to count votes; information on the Pennsylvanians who cast ballots during the primary and general elections; and any changes made to voter rolls.

In election fraud quest, GOP seeks details on who voted