In 2018, the Wolf administration endorsed cannabis as a treatment for opioid use disorder, despite an absence of research and concerns from experts that it could give patients false hope — or actively harm them.

The Office of Open Records ordered the health department to disclose how many patients are certified for cannabis under each of the state’s qualifying conditions.

(Harrisburg) — The public could soon know for the first time how many patients use medical marijuana to treat opioid use disorder in Pennsylvania, one of the few states to specifically endorse that treatment option.

Spotlight PA sought that information while reporting on Tyler Cordeiro, a Bucks County man who was wrongly denied addiction treatment funding because of his medical marijuana card. Cordeiro died of an overdose a few weeks later.

After the Department of Health refused to reveal the number — saying that the state’s medical marijuana law “protects patient and caregiver information” — the news organization appealed to the independent agency that settles public records disputes involving the Wolf administration. 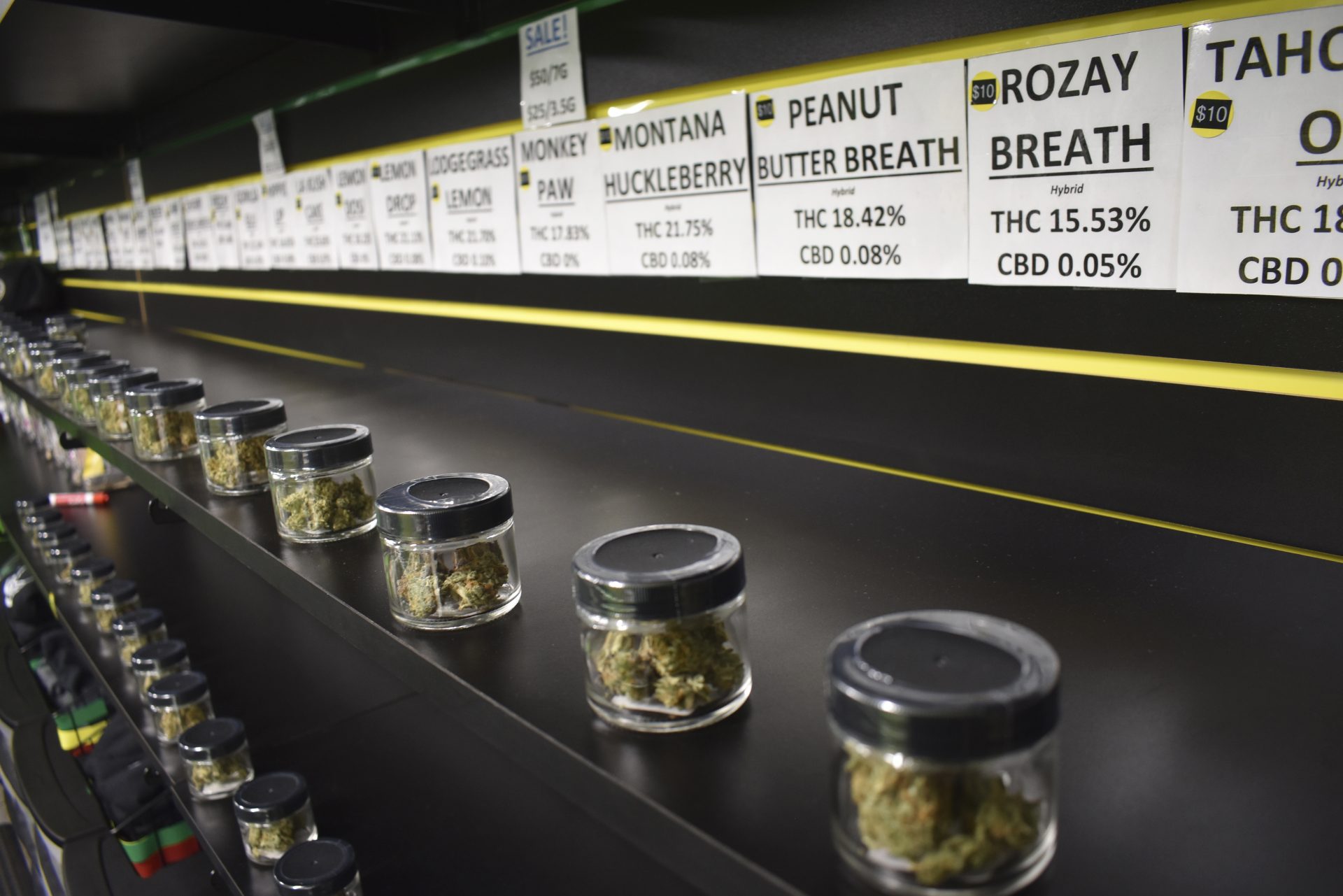 FILE PHOTO: In this Nov. 11, 2020 file photo, jars of marijuana are seen on display at Montana Advanced Caregivers, a medical marijuana dispensary, in Billings, Mont.

The Office of Open Records this month ruled in favor of Spotlight PA and ordered the health department to disclose how many patients are certified for cannabis under each of the state’s 23 qualifying conditions.

In making the decision, the office rejected an argument from the Wolf administration that releasing the numbers would violate the confidentiality rules of the state’s 2016 medical marijuana law. At one point, attorneys for the Department of Health suggested that disclosing the information could lead to a criminal charge against an employee.

Yet, the director of the Office of Medical Marijuana, John J. Collins, had previously released similar information, including the number of people certified to use marijuana because of an anxiety diagnosis, and never faced any known consequences. In that instance, a spokesperson for the department later said the director responded “appropriately” to a question from a board member.

While Spotlight PA’s appeal was pending, the Office of Open Records ruled in favor of another news organization, CNHI, that requested information on how many medical marijuana patients live in each of Pennsylvania’s 67 counties.

“Finding the requested aggregated data to be confidential would lead to an absurd result,” Kyle Applegate, chief counsel for the office, wrote in a July 15 final order.

Despite the CNHI ruling, the Department of Health continued to argue against disclosing aggregate data in Spotlight PA’s open records case. In a July 30 brief, the department cited a 2019 Commonwealth Court decision in which the court cited the confidentiality rules of the Crime Victims Act.

In that case, the court ruled against a person seeking data for people denied victim compensation benefits. The Office of Open Records rejected that comparison, writing that the Crime Victims Act has stricter confidentiality requirements than the state’s medical marijuana law.

Spotlight PA also requested written policies or procedures describing how the agency tracks the use of its medical marijuana program. The health department claimed it did not have such information, but the Office of Open Records found the agency failed to prove that.

The Department of Health has until Oct. 4 to provide the data breakdown and written policies requested by Spotlight PA, or appeal the decision to Commonwealth Court. If the agency doesn’t do either, Spotlight PA could seek a court order to enforce the office’s final determination.

More than 633,000 patients and caregivers are registered in Pennsylvania’s medical cannabis program, according to information presented by the Department of Health at the August meeting of the Medical Marijuana Advisory Board. 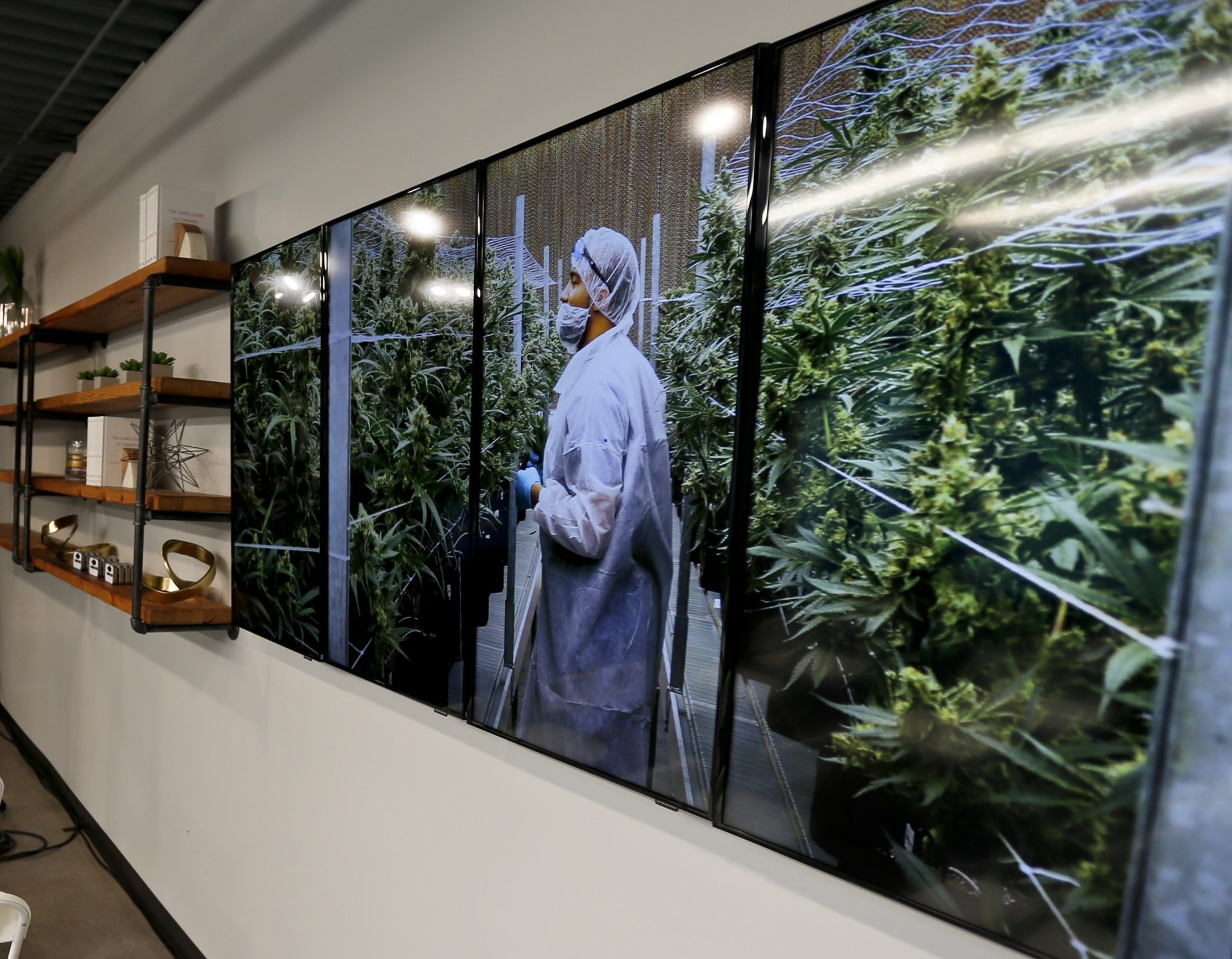 In 2018, Pennsylvania’s former health secretary, Dr. Rachel Levine, added opioid use disorder to its list of “serious medical conditions” that makes someone eligible for the state’s medical marijuana program. Under the state guidelines, cannabis is supposed to be used when other treatments have failed or aren’t advisable, or to supplement other treatments. Pennsylvania’s approach to cannabis and opioid use disorder remains an outlier.

Two of Pennsylvania’s neighbors — New Jersey and New York, which also approved opioid use disorder as a qualifying condition for their medical cannabis programs — provided numbers to Spotlight PA without an open records request.

In New Jersey, more than 2,200 of the state’s roughly 115,000 registered cannabis patients were enrolled because of opioid use disorder in July, a spokesperson for the New Jersey Cannabis Regulatory Commission said.

In New York, more than 2,100 patients diagnosed with opioid use disorder became certified in its medical marijuana program from July 2018 to July 2021, according to a spokesperson for the New York State Department of Health.

As vaccination mandate looms, Pa. health systems push employees to get on board