A copy of the Tax Cuts and Jobs Act conference report sits at the U.S. Capitol on Dec. 18, 2017. The legislation was passed using the budget reconciliation process.

A $3.5 trillion question: What is budget reconciliation? Here’s an explainer 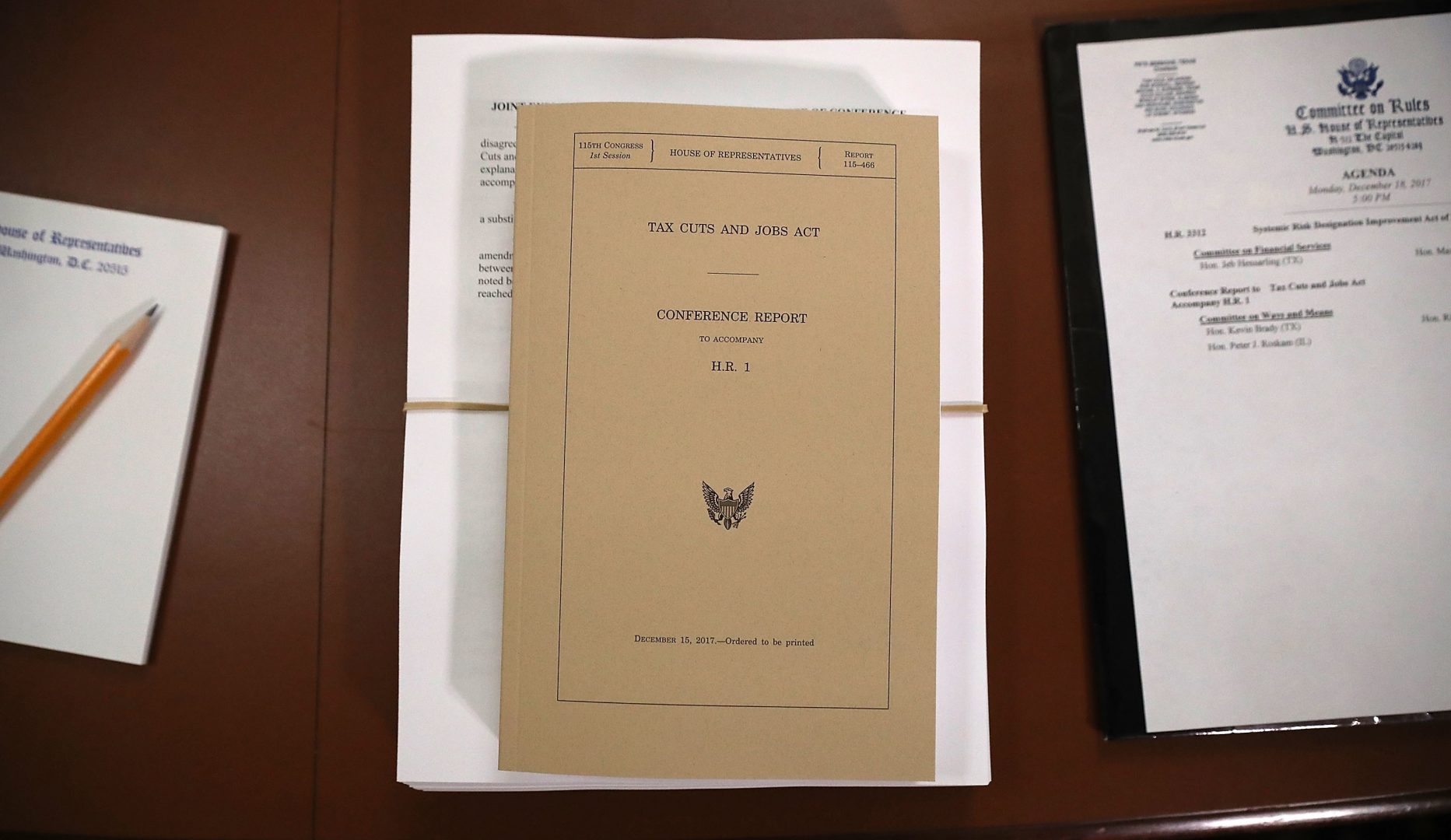 A copy of the Tax Cuts and Jobs Act conference report sits at the U.S. Capitol on Dec. 18, 2017. The legislation was passed using the budget reconciliation process.

Senate Democrats are working on a massive $3.5 trillion economic plan that, if passed, would make sizable federal investments in child care, immigration and climate change programs.

Unlike the recent infrastructure deal that passed the chamber with the support of 19 Republicans, this bill is not expected to be bipartisan.

Though Democrats lack a majority large enough to overcome the 60-vote threshold that has become all but required to pass major legislation through the Senate, they plan to use an arcane process known as budget reconciliation to pass the bill with just a simple majority vote.

But the process is complicated — and the provision’s complex rules could mean that the Democrats will have to cut out some policy elements that are core to President Biden’s agenda.

Both chambers of Congress have passed the resolution outlining the budget, with instructions for the committees to draft $3.5 trillion in new spending. Now work is underway in key committees to fill in the policy details and exact financial figures. It will then be up to the House and Senate to vote on identical versions of a final bill before sending it to Biden for his signature.

What is budget reconciliation?

For a bill to become law, it of course needs to pass both chambers of Congress: the House of Representatives and the Senate.

In the Senate, though, things are more complicated: Long-standing rules require that most legislation should be supported by more than half of senators, at least 60 out of 100.

Because it is uncommon for one party to win 60 seats or more, senators often need to choose between:

Sometimes, though, the party in power can use special rules to pass a small number of budget bills in the Senate each term with just 50 votes. That is reconciliation. (In a Senate divided 50-50 between the parties, the vice president breaks the tie.)

As you might guess, budget reconciliation was meant to help Congress pass budget bills. Now, though, it is used to pass all sorts of things.

Democrats used reconciliation to pass some health care changes in 2010, and Republicans used it to pass tax cuts in 2017, as well as in their failed attempt to repeal the Affordable Care Act during Donald Trump’s presidency. It was also used to pass a COVID-19 relief package early in Biden’s administration.

Why doesn’t Congress use budget reconciliation to pass every bill?

It makes sense to ask why a party with a majority in the Senate, but fewer than 60 members total, wouldn’t use this special tool to pass every piece of legislation that it hopes to.

But budget reconciliation isn’t as simple as just adding policies to a bill and putting it up for a vote. Reconciliation can usually be used just once each year. There are also special rules for what counts as a budget item and what doesn’t.

What are the rules for what can be passed with budget reconciliation?

The process is set by a budget rule, known as the “Byrd rule,” that’s named for its chief author, former Sen. Robert Byrd, D-W.Va.

If that sounds complicated to you, it is! And senators often have provisions that they care about stripped from the bill for breaking one or more of the rules.

Who decides whether a budget bill follows the rules?

That’s the parliamentarian, a nonpartisan referee for the Senate whose job is to be an expert on the body’s rules. The current parliamentarian, Elizabeth MacDonough, was appointed by then-Senate Majority Leader Harry Reid, D-Nev., in 2012.

Budget bills come with a special voting bonanza called a “vote-a-rama” that kicks off when debate on the bill has ended.

The voting on the amendments just goes on and on until senators run out of amendments — or the energy to keep voting — and reach a unanimous agreement to stop. Vote-a-ramas have been known to go on for hours, sometimes beginning in the morning and going all night long.

The vote-a-rama is also a time when senators will try to undo parts of the budget resolution through amendments and an objection known as a budget point of order.

What happens when a budget reconciliation bill passes?

Now, things get a lot more straightforward. Once both the House and Senate pass the final package — one that meets all the budgetary requirements and satisfies just enough lawmakers — it heads to the president’s desk for a signature.

Once the president signs it, expect to see a lot of fanfare. Budget reconciliation bills are often used to address things that are really important to the party in power, like health care under President Barack Obama and tax cuts under Trump.

That could mean an event at the White House, lots of news conferences and speeches and a ton of news coverage. And, of course: All the provisions in the law take effect.

High meat prices are helping fuel inflation, and a few big companies are being blamed