Do I need to worry about the mu variant? 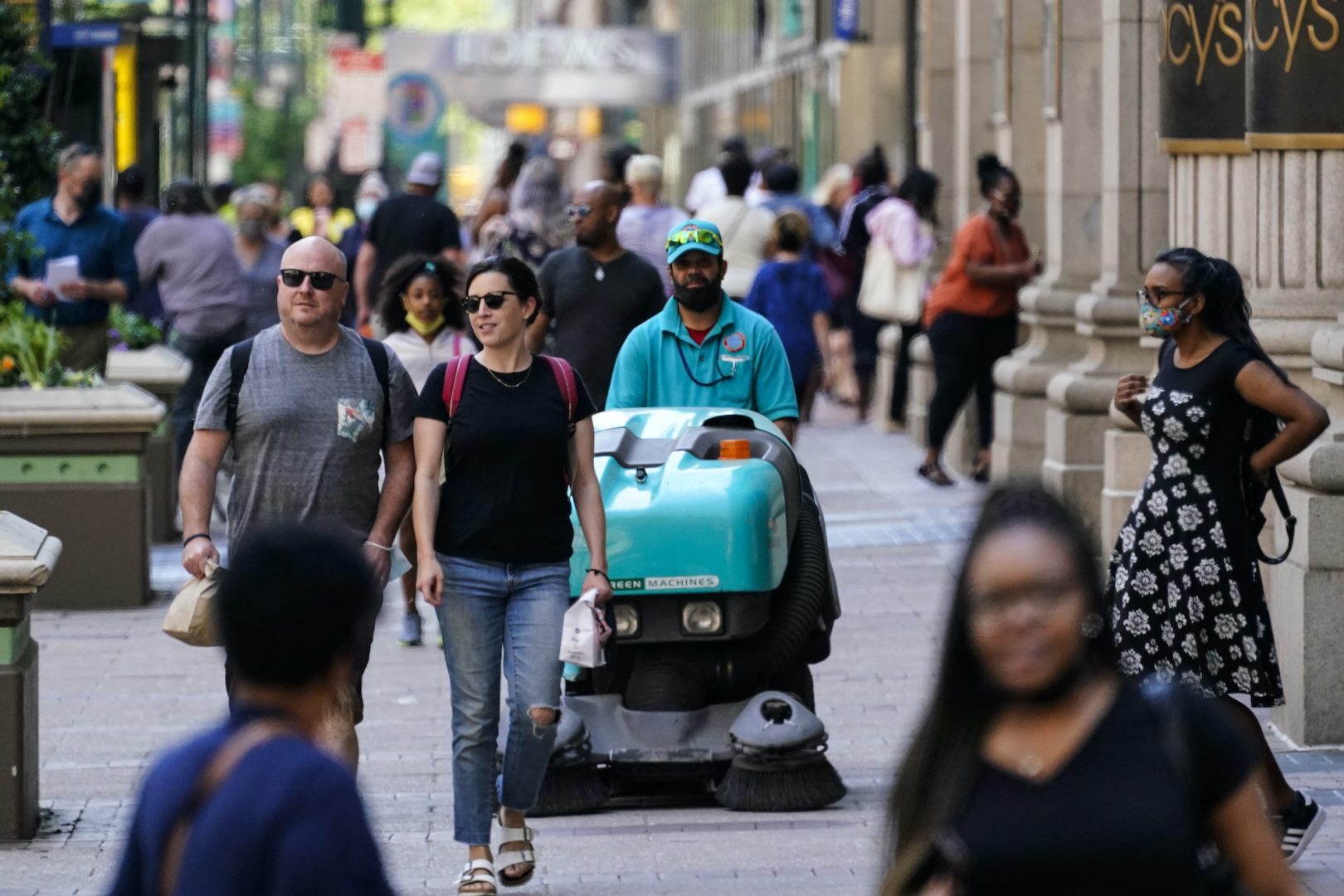 This is one of a series of articles in which reporters from WHYY’s Health Desk Help Desk answer questions about vaccines and COVID-19 submitted by audience members.

(Philadelphia) — Yet another variant is being mentioned in discussions about the pandemic these days. Its name is mu, and after being discovered in Colombia in January, it’s now found across the globe.

Mu has several characteristics that make it seem likely to infect human cells more efficiently than the original strain of the virus. The World Health Organization has identified this mutation as a “variant of interest” — as opposed to rather a “variant of concern” — because health officials are still observing it.

Cases of mu have been identified in multiple countries, including the United States, but it accounts for fewer than 1% of U.S. coronavirus cases and fewer than 0.1% of cases worldwide. In Colombia and Ecuador, however, it accounts for 39% and 13% of cases, respectively.

Though mu has mutations suggesting that it might be more transmissible and could evade the antibodies produced by the current vaccines, that has yet to be confirmed. If more evidence backs up those early findings, it will be elevated to a “variant of concern.”

WHYY’s Health Desk Help Desk talked to experts in this region to find out more.

Is mu turning up in this area?

Dr. Frederic Bushman and his team at the University of Pennsylvania are sequencing genomes of the virus from samples collected in Philadelphia and elsewhere in the Delaware Valley. The scientists have seen mu here — it’s been around for several months. However, the variant is only at about the 1% level.

The overwhelming majority of new infections in this region in recent months have been caused by the delta variant, which accounts for about 99% of new cases nationwide.

Most state laboratories have the ability to sequence a certain proportion of their positive cases to get a sense of variant circulation. That’s how officials can confirm that the dominant delta variant is in most states right now.

Should people be worried about mu?

Dr. Sunanda Gaur, a professor of epidemiology at Rutgers School of Public Health, said it’s too early to be concerned.

“It’s very low levels, we don’t know that much about it, so we’re still learning. At this point, I would not be concerned. I think that it’s very theoretical, the concern about the vaccines not being effective against it. The issue with transmissibility, we don’t know,” she said.

“We know the delta is more transmissible …  I don’t get the sense that this is going to be more transmissible than delta. It might be less, or the same,” she said. “The problem is that these types of mutations will continue to arise. And some of them will turn out to be of consequence, some will not, and only time will tell.”

If vaccination levels don’t reach a critical threshold, the virus will continue to propagate, Gaur said, and as long as it propagates and circulates, it will mutate.

“So this is not surprising at all, that there is another mutation,” she said.

“The virus mutates. The more it multiplies, the more it circulates and replicates, there will be variants,” Gaur said. “So it’s sort of almost like variants is the nature of the virus. … They will continue to arise.”

“I think that what we need to keep an eye on is if the vaccines are holding against a variant. And this is something that the WHO is looking at, all of the agencies involved are looking at that piece of evidence,” she said. “People need to continue to get vaccinated because that’s our biggest defense, the first layer of defense. And secondly, continue to use the public health preventive measures as they are being recommended, with the masking and social distancing. All of those measures add another layer of protection, because we still are in the middle of this pandemic, even with the vaccine, because the vaccination levels are not where they should be.”

Global vaccination is a factor in variant circulation, she said.

Bushman said he’s heartened that the Biden administration has begun to send vaccinations to other countries.

“I think that’s ethically the right thing to do. And from a purely self-serving point of view, suppressing the development of new variants that may come back and whack us is in our self-interest as well. So I think that’s a great policy, and I hope they dial it up even further,” he said.

Bushman said delta worries him more than mu does.

“Because there’s so much replication of the delta variant, I’m more concerned about further changes in delta — making it even more transmissible, even more infectious — than I am about mu,” he said. “But who knows? I don’t think we could have predicted anything about exactly what variant will arise so far. So who knows what the future holds.”

Still, Bushman said, it’s delta that has taken off while mu, which has been around for a while, has not.

Though vaccine effectiveness might dip slightly from the original strain of the virus, Bushman emphasized that the vaccine still prevents severe disease, even if a person gets the delta strain.

“So you’re much, much, much better off if you’re vaccinated against delta,” he said.

Mask-wearing works against all the variants, Bushman said.

How will vaccinations curb the pandemic if vaccinated people can still spread the virus?

There’s a small chance you might get a breakthrough infection, Gaur said, but if you’re vaccinated, your chances of getting infected still are lower than if you’re not vaccinated.

“It’s just that if you are unlucky enough to get infected despite the vaccine, potentially you can spread it to others,” she said. “On a larger level, [being vaccinated] does still protect, it does limit transmission to others in general.”

Will companies tweak the vaccines to make them more effective against the variants?

Drug companies are working on vaccines and boosters that target variants, but it’s too early to know when variant-specific shots will be ready to be approved.