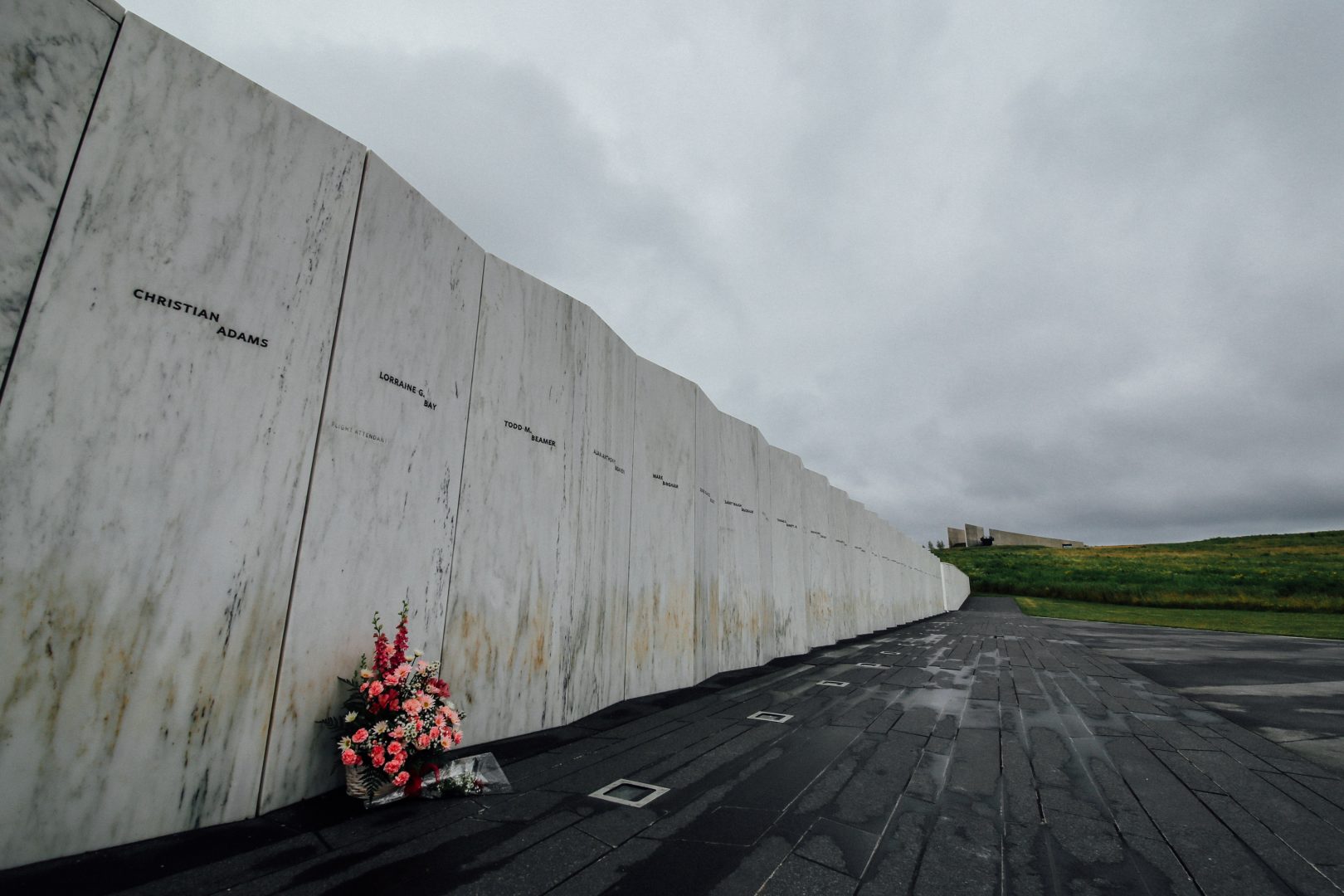 (Bethlehem) — On a summer afternoon in the Lehigh Valley, Emily Root Schenkel sat in her dining room, looking at three photos of her godmother, who she called “Aunt Lorraine.”

She marveled at how Lorraine looked in each one — like she just walked out of a catalogue shoot, classy and timeless.

“She was just an amazing woman,” Emily said. “She was always very coordinated and very well put together.”

Lorraine was the first cousin to Emily’s father, Ed Root. But since both Lorraine and Ed were each only children, the two were raised more like siblings.

“She was the big sister I never had,” Ed said. “She was someone that I always looked up to and she always had this effervescent personality.”

On Sept. 11, 2001, Lorraine was winding down her 37-year career as a flight attendant when she boarded United Flight 93.

By chance, the San Francisco-bound flight was delayed on the tarmac in Newark for 25 minutes. Once they were in the air, four al-Qaeda terrorists took over the plane. But, the late takeoff gave those on board time to call their loved ones and find out what had happened in New York and at the Pentagon.

Realizing their situation was dire, the passengers and crew took a vote and decided to rush the cockpit. It was the only one of the four hijacked airliners to fail to reach its target, believed to be the U.S. Capitol.

At 10:03 a.m., Flight 93 crashed in Stonycreek Township, outside Shanksville, Somerset County, killing Lorraine and 39 other passengers and crew members, along with the four hijackers. 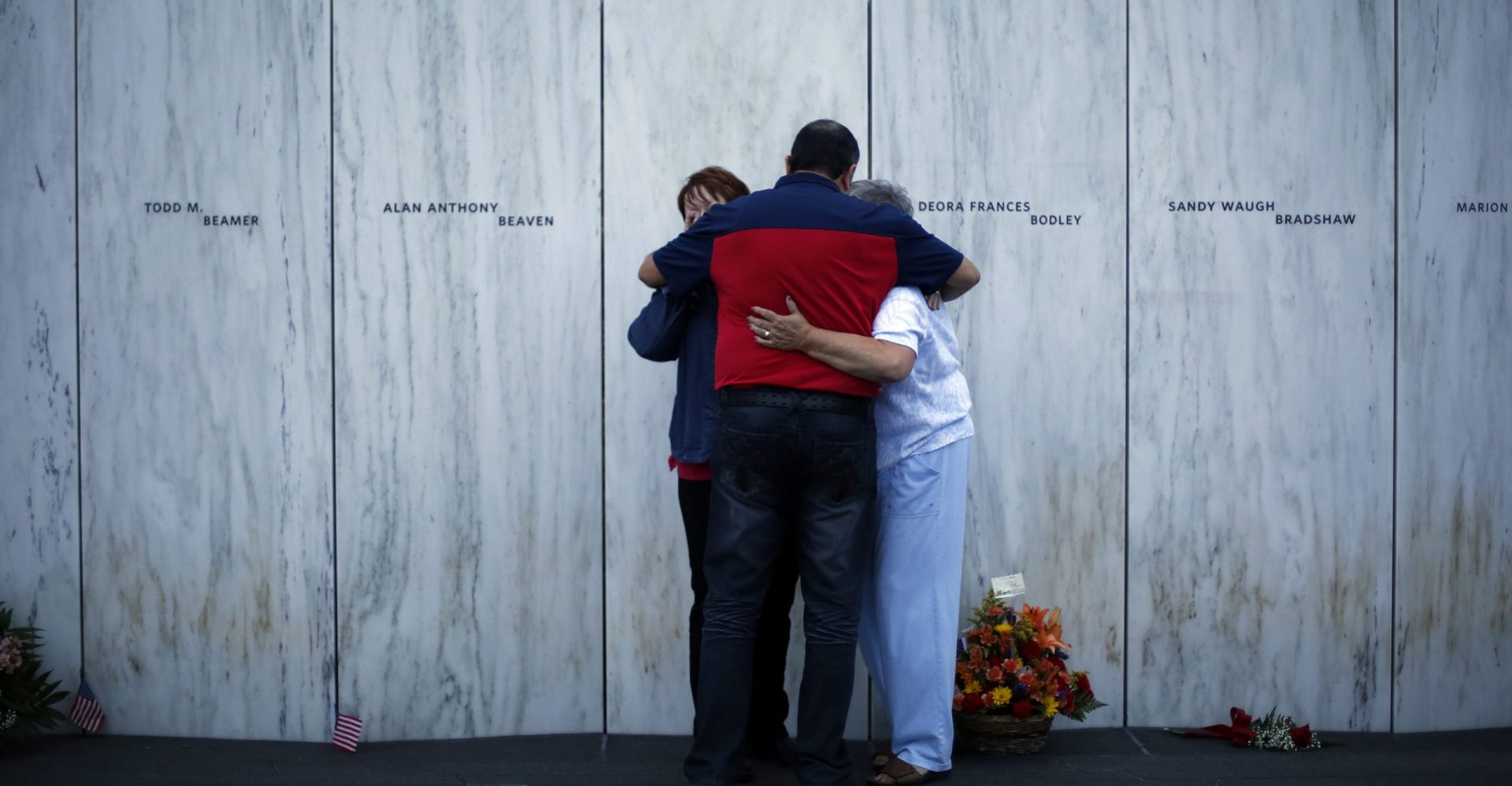 For Emily, that day in September was chaotic. Her parents were supposed to be flying home from England and her brother was working in Manhattan, where hijacked jetliners hit two World Trade Center towers.

“With my brother being in New York City in the middle of everything, that was really my focus. (I) talked to my brother multiple times, kept my grandparents informed of what was going on with him,” she said. 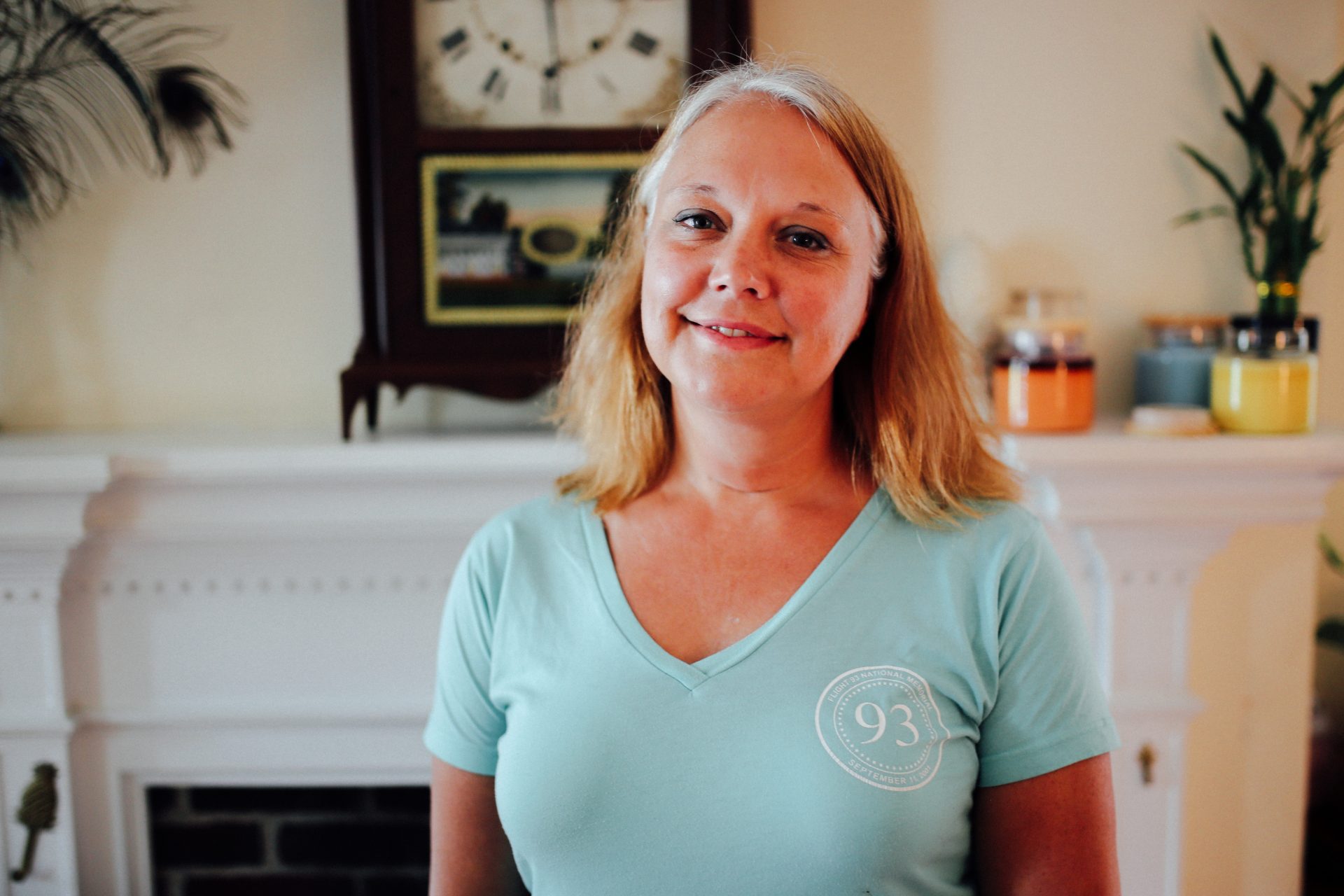 Emily Schenkel has worked to preserve the memory of those who died when Flight 93 crashed on Sept. 11, 2001.

It didn’t even occur to her that Lorraine would be flying — until a call from her other aunt, Betty.

“She called me (and was) so upset. I couldn’t really understand what she was trying to say,” Emily said. “And then I finally understood that what she was telling me was that Lorraine was on Flight 93.”

Just 25 years old at the time, Emily had to break the news to her parents — after their flight was redirected back to London.

“I was sitting at a little desk in the hotel room and my wife was sitting on the other side of the room in the chair when Emily told me, and I repeated it,” Ed said. “I was just hoping against hope that there was some kind of other news that was going to come out of this.”

Lorraine was not among the 13 people who made calls from the plane. But, Emily is confident her godmother continued to do what she did best.

“I feel very strongly that she was OK — consoling, doing her job, just keeping things calm,” she said. 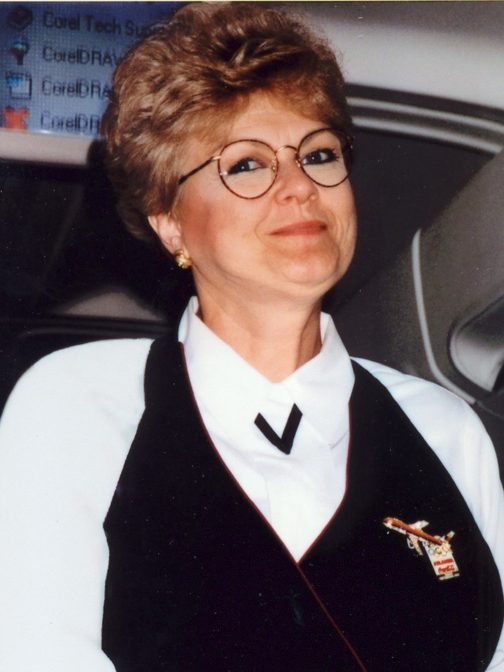 Emily still misses her godmother. She has moments when finds herself grieving over the memories she’ll never have — like recently when she was looking through photos from her wedding in 2006.

“It is funny how your mind works … I thought, ‘Oh, I should find some of the pictures from Lorraine at my wedding,’” Emily said. “She’s just one of those people that you’re like, ‘Well, of course she was at my wedding’ and then I was like, ‘Oh, right. … OK.’”

Like with many other families, Ed has searched for meaning in his loss. He looked at the sacrifice made on United 93 and found solace in the many lives they undoubtedly saved.

“Circumstances put those 40 people where they were and they did what they did. And, and I think we all have to look at that and say, ‘Well, could I have done that? … Would I have had the courage to do what they did?’” he said.

In the 20 years since the attacks, Emily and her dad have worked to preserve the memory of those who died when United Flight 93 crashed. At the request of Lorraine’s husband, Ed has served as the family representative at public events — as a way to ensure the actions of the passengers and crew were never forgotten. 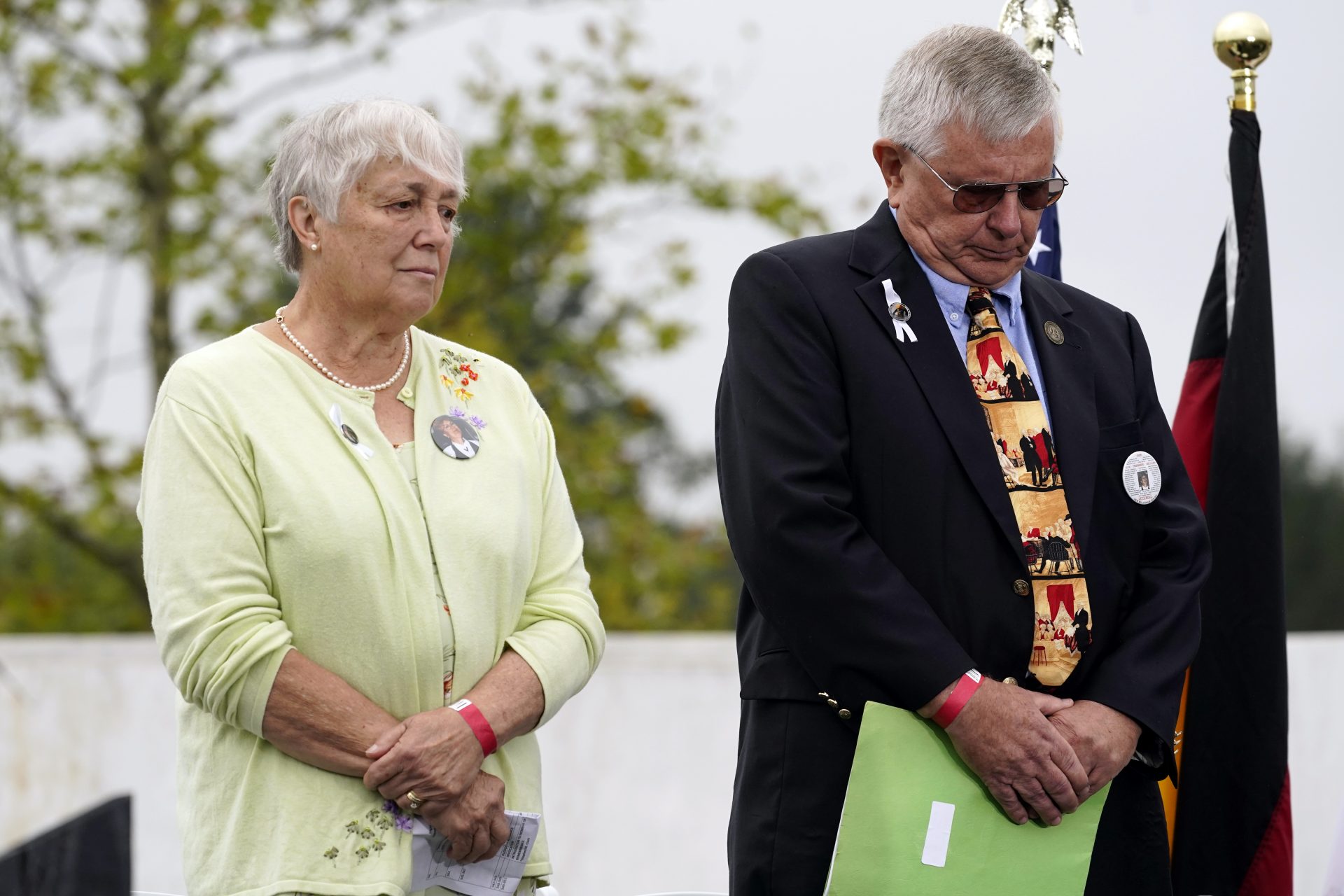 FILE PHOTO: Ed Root and his wife Nancy listen to a prayer at a 19th anniversary observance of the Sept. 11 terror attacks, at the Flight 93 National Memorial in Shanksville, Pa., Friday, Sept. 11, 2020. Ed Root’s cousin was flight attendant Lorraine Bay.

For Emily though, it was a bit more daunting to find her voice. She wrestled over whether her story mattered.

“I struggled with the fact that people lost siblings and children and spouses and parents. … And so for a while I struggled with just is my story powerful or as important? And then I realized, yes, all of our stories are,” she said.

As Ed stepped down from his role with the Families of Flight 93 group, Emily has picked up the mantle. Through that work, she has focused on finding ways to bring the story of the 40 to younger people.

“I, with younger children, try to focus more on that they had the time and they have the knowledge … that they voted and they made a decision and they acted,” she said.

Emily has also brought her own two children into the fold to make sure there is a third generation of Flight 93 family members to keep the story alive. They have made countless trips to Shanksville and have even taken part in a speaker’s series event at the Flight 93 National Memorial.

One of those children, her daughter, is named Lorraine. 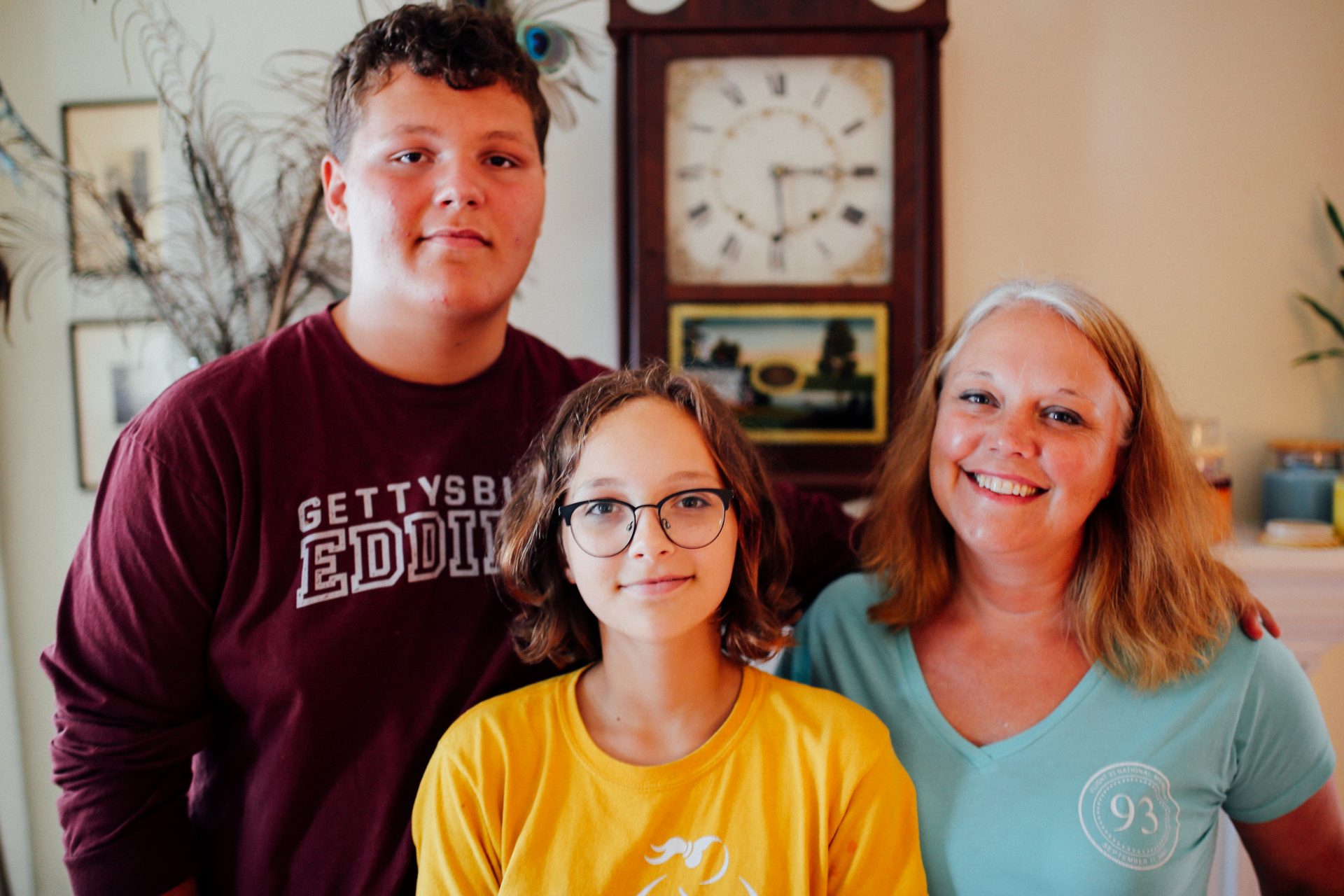