FILE PHOTO: Traffic moves from three lanes to two on Interstate 79, Wednesday, May 4, 2011, while workers continue work on the bridge deck over Mingo Road in Wexford, Pa. 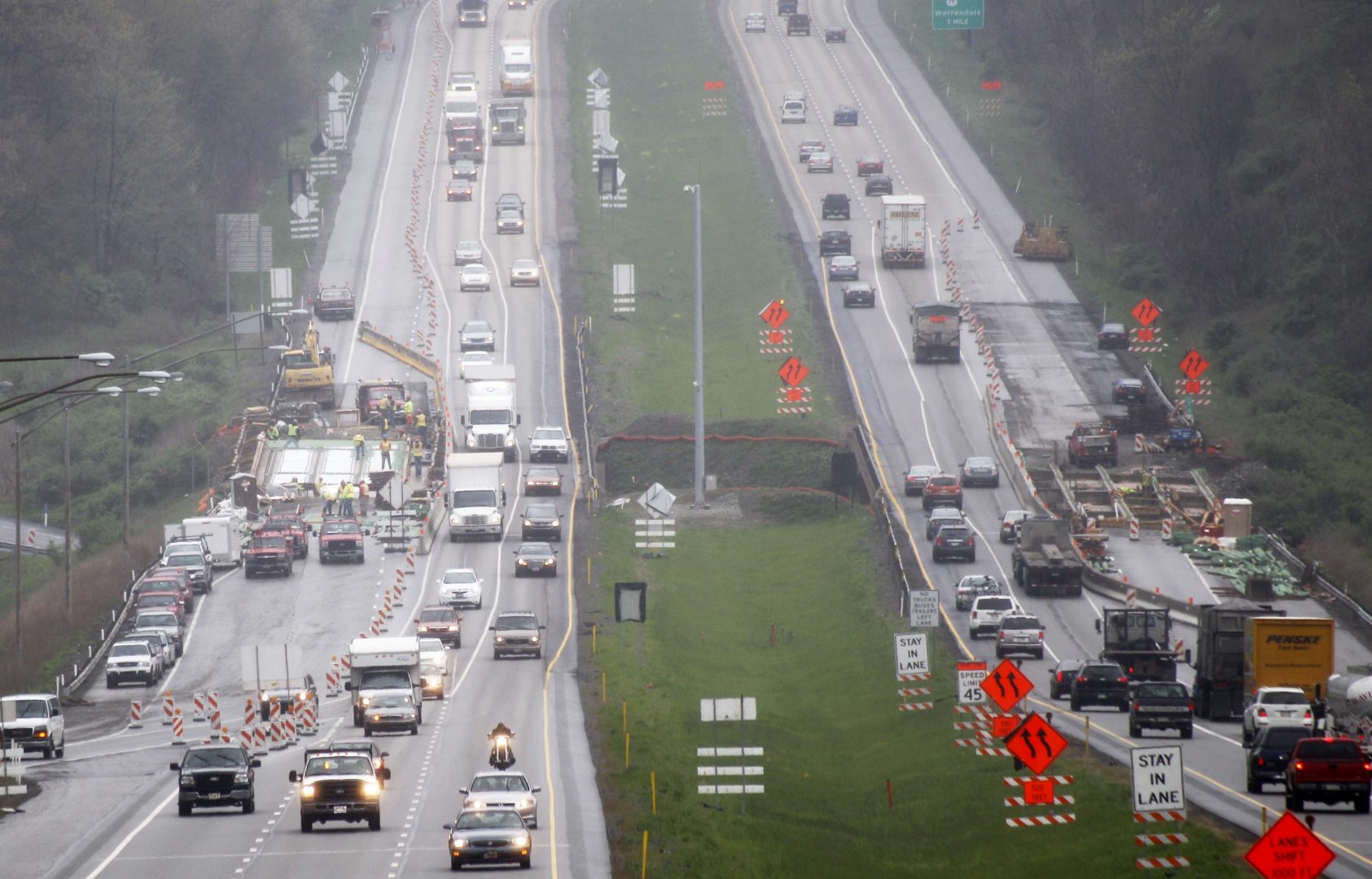 FILE PHOTO: Traffic moves from three lanes to two on Interstate 79, Wednesday, May 4, 2011, while workers continue work on the bridge deck over Mingo Road in Wexford, Pa.

(Harrisburg) — Pennsylvania’s highway agency wants to prevent a major heavy equipment contractor from doing state work for up to three years because it pleaded no contest to theft after being accused of illegally diverting money and other benefits from its workers.

The agency says Hawbaker’s status as a prequalified contractor can be suspended for theft. Hawbaker pleaded no contest last month and is on probation for five years. It also is paying more than $20 million in restitution to some 1,200 victims.

The attorney general’s office accused Hawbaker of stealing from workers’ fringe benefits such as retirement and health insurance and using that money to pad its profits, undercut competitors and pay for internal projects and company bonuses.

A PennDOT spokesperson says the proposed administrative action is not common but can be prompted by criminal prosecutions in public contracting.

Hawbaker issued a statement saying it will vigorously defend the company and workers and that it always believed it was following all laws.

“We will do everything in our power to fight this,” the company said.

Hawbaker said it “fully cooperated and proactively addressed concerns raised by the attorney general’s office and we have agreed to make prompt restitution to past and present employees.” It also agreed to work with a court-appointed corporate monitor to ensure compliance with prevailing wage laws.

Hawbaker is a 1,200-employee excavation, highway construction and quarry business that booked $1.7 billion in state transportation construction contracts between 2003 and 2018.

Expect the inspector: Unlike Pittsburgh, the state’s No. 3 city examines every rental home — eventually