Climate change’s ‘fingerprint’ seen in Ida flooding, including in Pennsylvania

“(W)hen hurricanes occur the rainfall associated with them is more intense because of human-induced climate change and Ida will not be an exception." 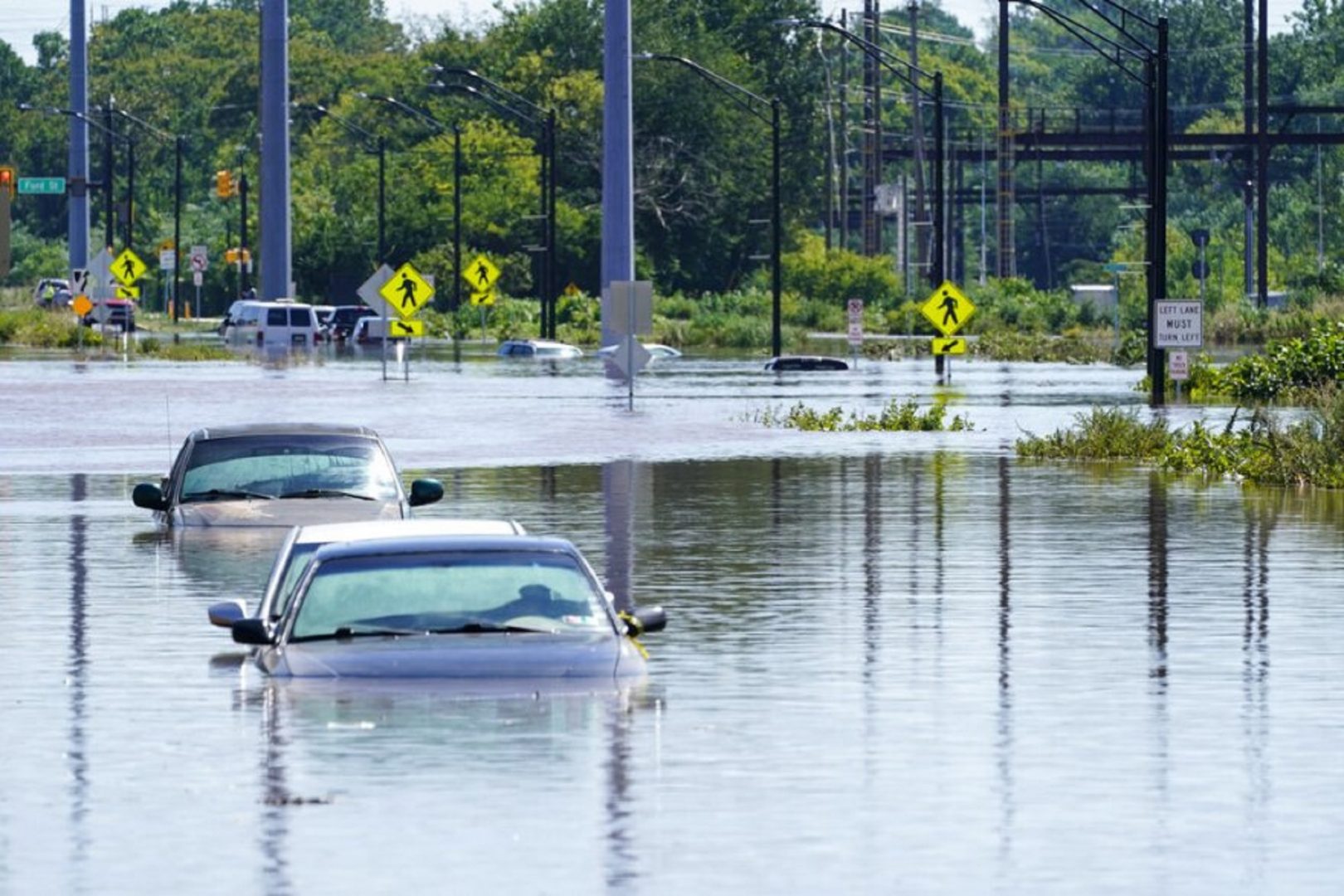 (Pittsburg) — The remnants of Hurricane Ida caused flooding and several deaths in Pennsylvania. Scientists say climate change is one reason the storm was so powerful.

Climate change — caused mostly by the burning of fossil fuels and other human activities — has increased the earth’s temperature already by about 2 degrees Fahrenheit.

The recent United Nations’ report on climate change concluded that human-caused climate change increases the amount of precipitation in hurricanes and tropical storms.

This has been supported by a mounting body of evidence that continued warming is making storms more intense.

Jon Nese, a meteorologist at Penn State, said in an email that storms like Ida have “a fingerprint of climate change” layered onto them.

“(B)asically, the atmosphere has the potential to contain more water as global temperatures rise, increasing the risk of extreme heavy rainfall,” Nese said. 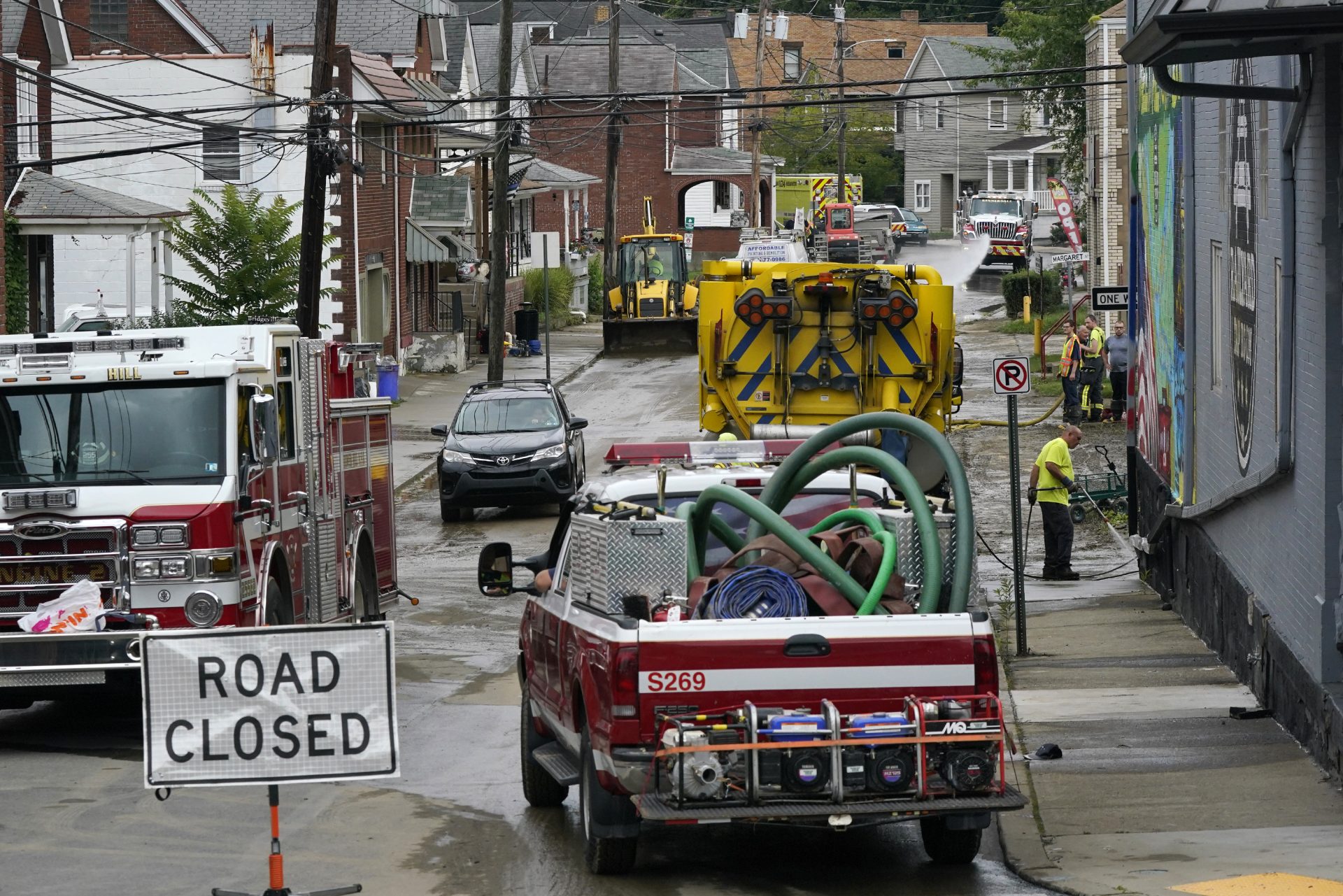 Clean up from flooding on Baldwin street in Bridgeville, Pa. continues after downpours and high winds from the remnants of Hurricane Ida, hit the area Wednesday, Sept. 1, 2021. (AP Photo/Gene J. Puskar)

Ida dumped over nine inches of rain in parts of the Northeast, and as many as 6 1/2 inches in Pennsylvania.

Another factor is that warming oceans spawn more intense hurricanes.

Michael Mann, a Penn State professor of meteorology and atmospheric science, said the unusually warm Gulf of Mexico quickly turned Ida from a modest hurricane into a monster storm.

“That storm intensified extremely rapidly over very warm Gulf waters,” Mann said. “We saw one of the most rapid intensification events on record within 24 hours, going from a very weak hurricane to something right on the edge of a category five storm.”

Mann says studies have shown that past storms like hurricanes Harvey in 2017 and Florence in 2018, two of the largest flooding events in U.S. history, “were astronomically unlikely” without climate change.

“We wouldn’t be seeing an event like this in the absence of the warming of the planet caused by the burning of fossil fuels, in the increase in carbon dioxide concentrations in the atmosphere,” Mann said. 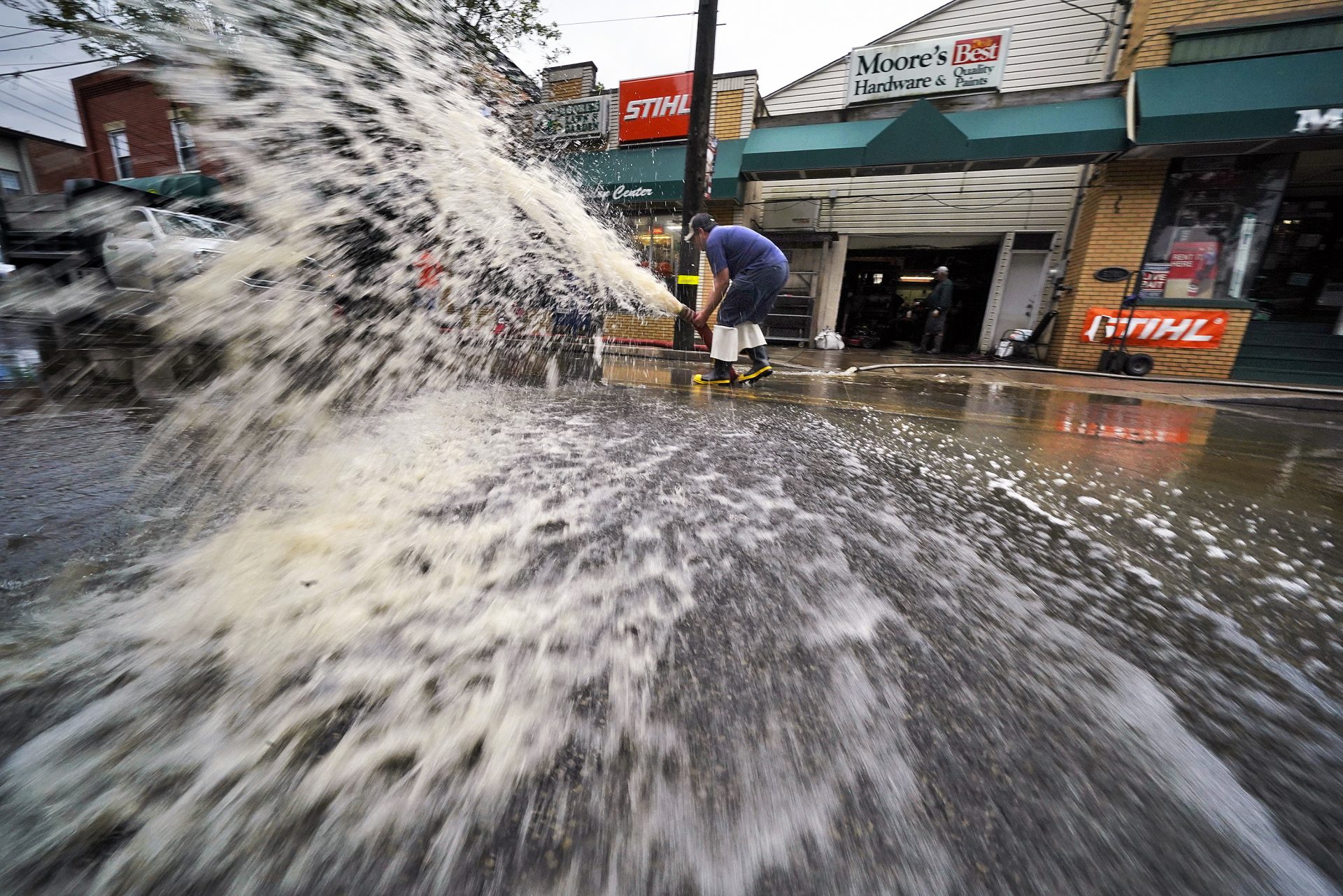 Water is pumped from the basement of a business on Noblestown road in Oakdale, Pa., during clean up from flooding after downpours and high winds from the remnants of Hurricane Ida, hit the area Wednesday, Sept. 1, 2021. (AP Photo/Gene J. Puskar)

Climate change is “an important driver” in making recent hurricanes move more slowly, which intensifies their damage, said Friederike Otto, associate director of the Environmental Change Institute, University of Oxford, UK, and co-lead of World Weather Attribution, a group that studies the effect of climate change on extreme weather events.

“(W)hen hurricanes occur the rainfall associated with them is more intense because of human-induced climate change and Ida will not be an exception,” Otto said.

More than 40 people in the Northeast died, including several in Pennsylvania, as a result of the storm. Low-lying areas in Pittsburgh flooded. A section of Johnstown, Pa. was evacuated after flooding caused overspilling of the Wilmore dam. The Schuylkill River in Philadelphia was at its highest point in 100 years.

Scientists say more climate change is avoidable. Reducing our carbon pollution, by moving away from fossil fuels and toward renewable energy, can help stop the world from getting even warmer, Mann said.

“What we can do is prevent it from getting worse, if we rapidly decarbonize our economy,” Mann said.

Flight 93 crashed among coal mines. Treating the water there was no ordinary project