Eighty percent of Penn State University Park students have provided proof of their COVID-19 vaccination, according to numbers released yesterday. 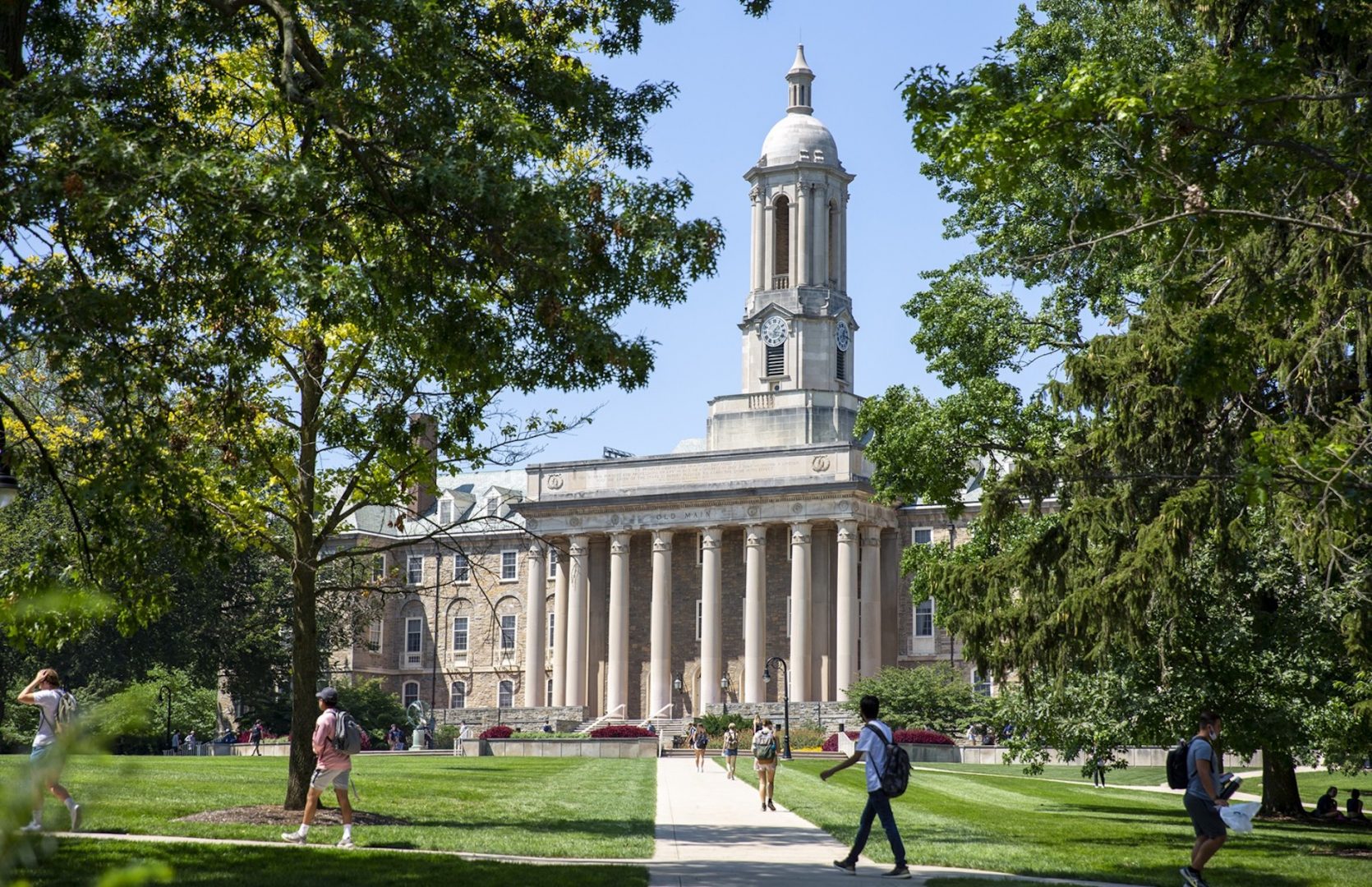 Eighty percent of Penn State University Park students have provided proof of their COVID-19 vaccination, according to numbers released yesterday.

That includes more than 86% of students living on campus and 78% off campus. Eighty-three percent of full-time employees are fully vaccinated, according to Penn State.

Students and employees who have not uploaded proof will be required to get tested weekly starting this week.

By comparison, countywide 57% of adults are fully inoculated, according to the CDC. As of Monday, all Pennsylvania counties with the exception of Snyder County are reporting “high” levels of COVID-19 community transmission.

Penn State President Eric Barron said in the release that the combination of encouraging vaccination, requiring testing and indoor masking is keeping the community safe.

“I’m grateful to all of our students, faculty and staff who have already been vaccinated and shared their status with the University and all of those who are doing the right things to help slow transmission,” Barron said. 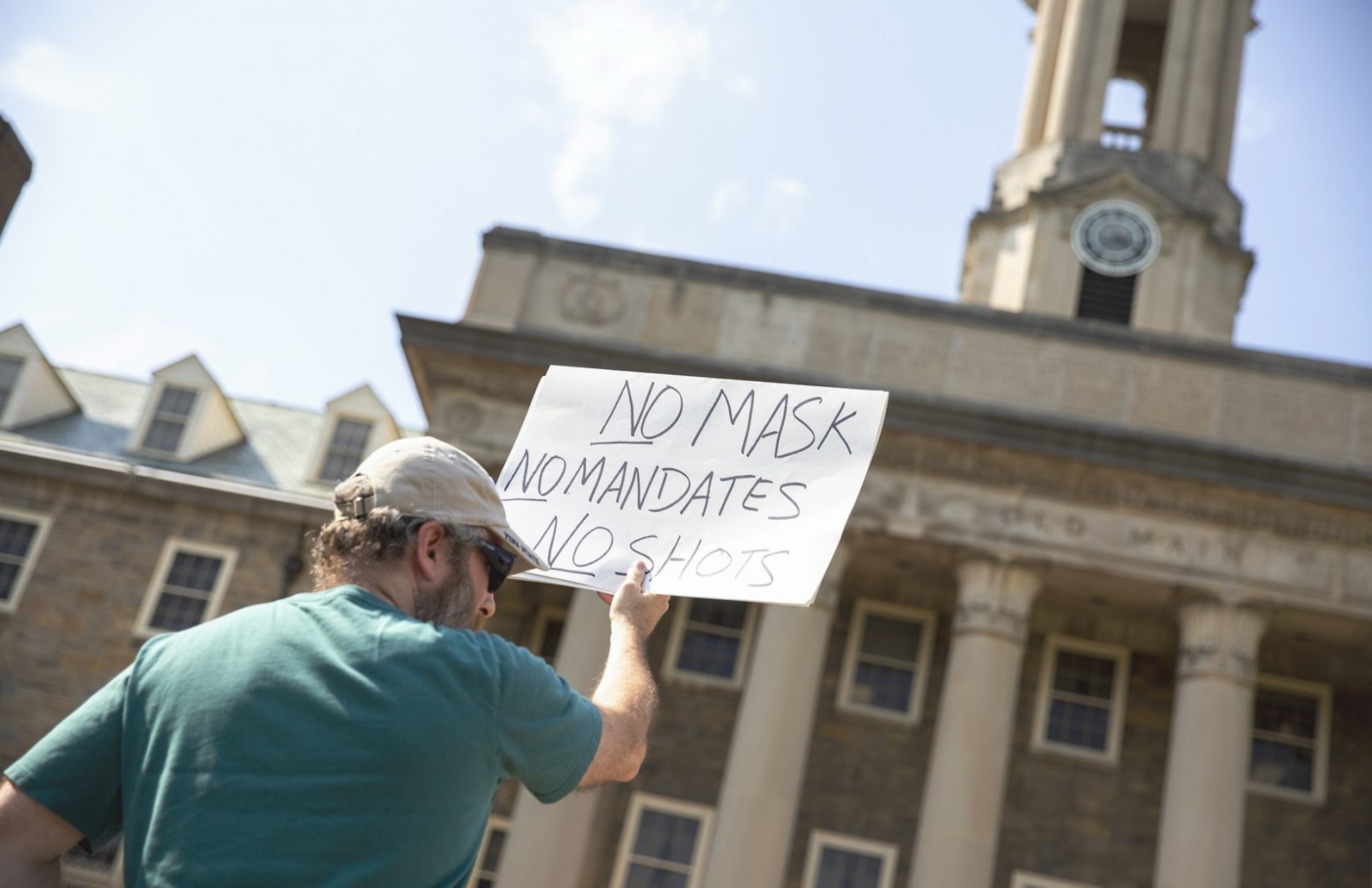 An unmask rally participant holds up a sign outside of Old Main.

At an “Unmask Penn State” rally Tuesday, about three dozen students gathered outside Old Main and marched through the HUB Robeson Center protesting the university’s indoor masking requirement. Speakers said the high vaccination rates should mean the lifting of restrictions, which they said have caused anxiety and depression among students since the pandemic began.

Maria, a Penn State graduate student, said the idea that people who oppose mask mandates are opposed to vaccination and public health is wrong.

Maria asked to be identified only by her first name because she fears speaking out might lead to disciplinary actions. She held up her vaccination card as she joined the rally.

“I was told all throughout last year that after we got the vaccines, we could be free again. COVID would go away and we would never have to worry about restrictions again,” she said. “But it turns out that wasn’t the case.”

Penn State has not mandated COVID-19 vaccines. There have been two faculty-led rallies calling for it. 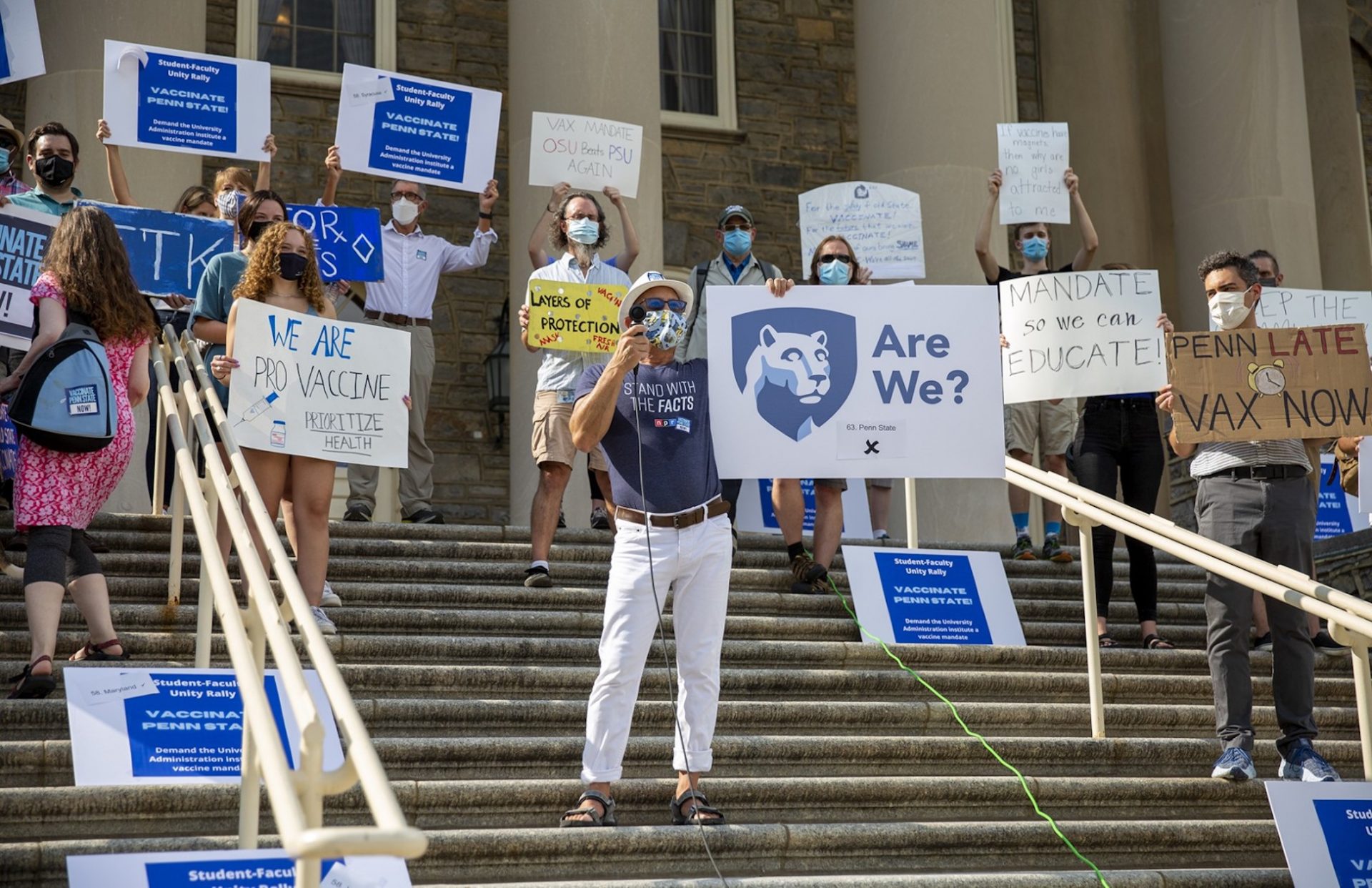 There have been two faculty-led rallies calling on Penn State administration to mandate COVID-19 vaccines.

Penn State junior Avi Rachlin counterprotested during one of the rallies Friday. Videos posted on Twitter show him weaving through the rally waving an anti-vaccine sign. At least one participant tries to grab it and they scuffle over it. Rachlin said he didn’t expect it to get physical.

Rachlin said one of the protestors punched him. He was escorted away by campus police and taken to the hospital for his bloody nose. Rachlin called those asking for a vaccine mandate a “loud minority.”

The Coalition for a Just University at Penn State, the group that organized Friday’s rally, said their demand is supported by faculty and students. More than 200 attended the rally in favor of a vaccine mandate, compared to just a few counterprotestors.

“Overall, the message from united students, staff, faculty and the community was made clear by the many impassioned speakers: we love Penn State, we love and care about our community, and we deserve a response from the PSU administration and Board of Trustees that shows they are taking their commitment to protect our health and safety,” organizer said in an email.

Students can get free Moderna vaccines at University Health Services every Wednesday, Thursday and Friday.

Pennsylvania in line for downpours, wind from Ida's remnants