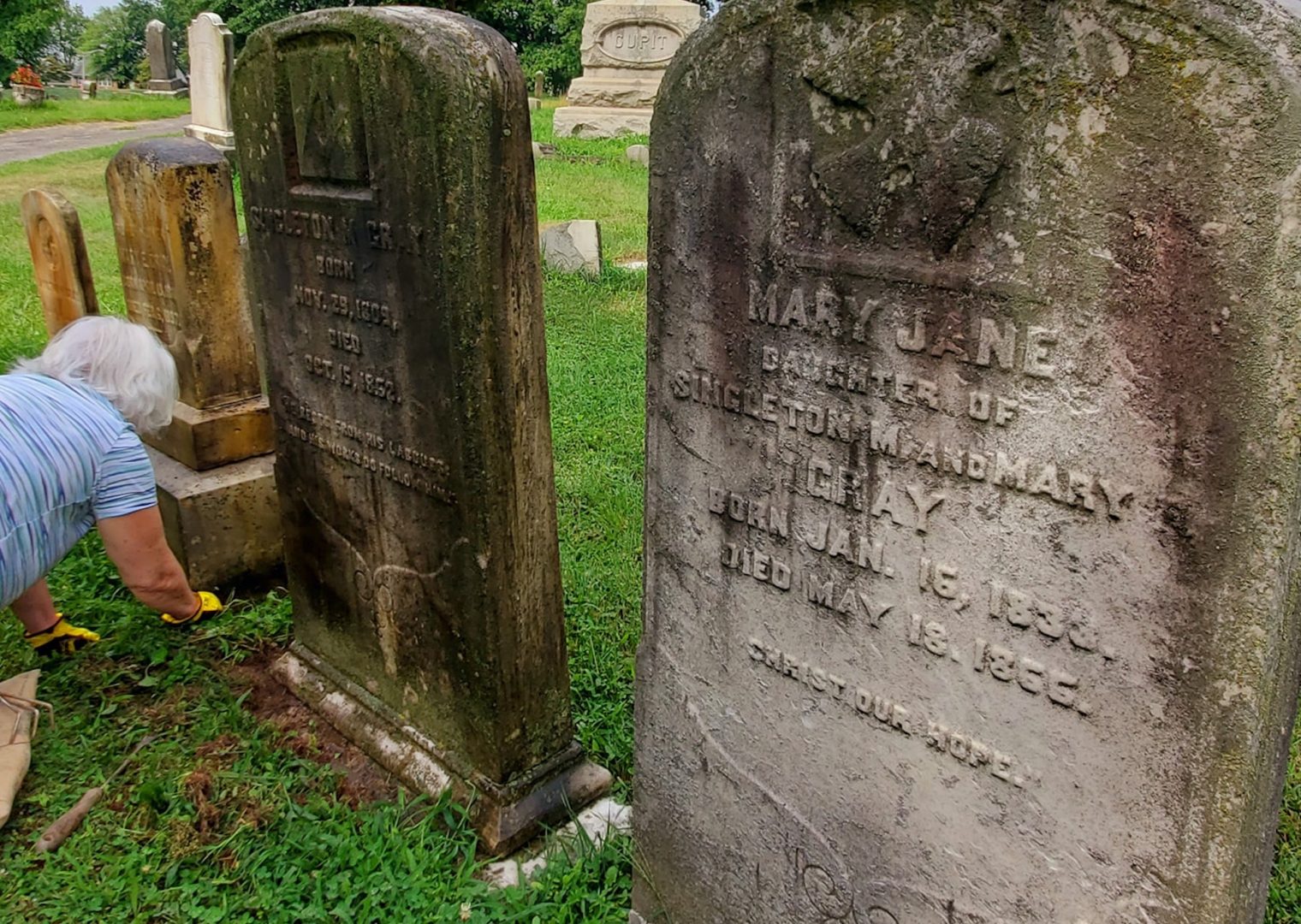 (York) — When Samantha Dorm of York began volunteering with the Friends of Lebanon Cemetery in 2019, she discovered she had over 100 relatives buried there.

That amounts to six generations of her family.

“It has very much been almost like a homecoming for me,” Dorm said. “The discovery of the great-grandparents, which I knew about, but something that we generally don’t think about would be their siblings, and their siblings, children.”

Lebanon Cemetery is a historic Black cemetery in York that dates back to 1872. It holds the remains of more than 3,500 African Americans — among them 30 Civil War veterans, Spanish-American veterans, Tuskegee airmen, abolitionists and Underground Railroad guides. Lebanon Cemetery was the only cemetery where Black people in the York City area could get buried until the 1960s.

Since 2019, The Friends of Lebanon Cemetery has been the main caretaker of the burial grounds, helping unearth grave stones that had sunk more than a foot into the ground. Tina Charles, a founding member of the volunteer group, said they have discovered roughly 700 markers. 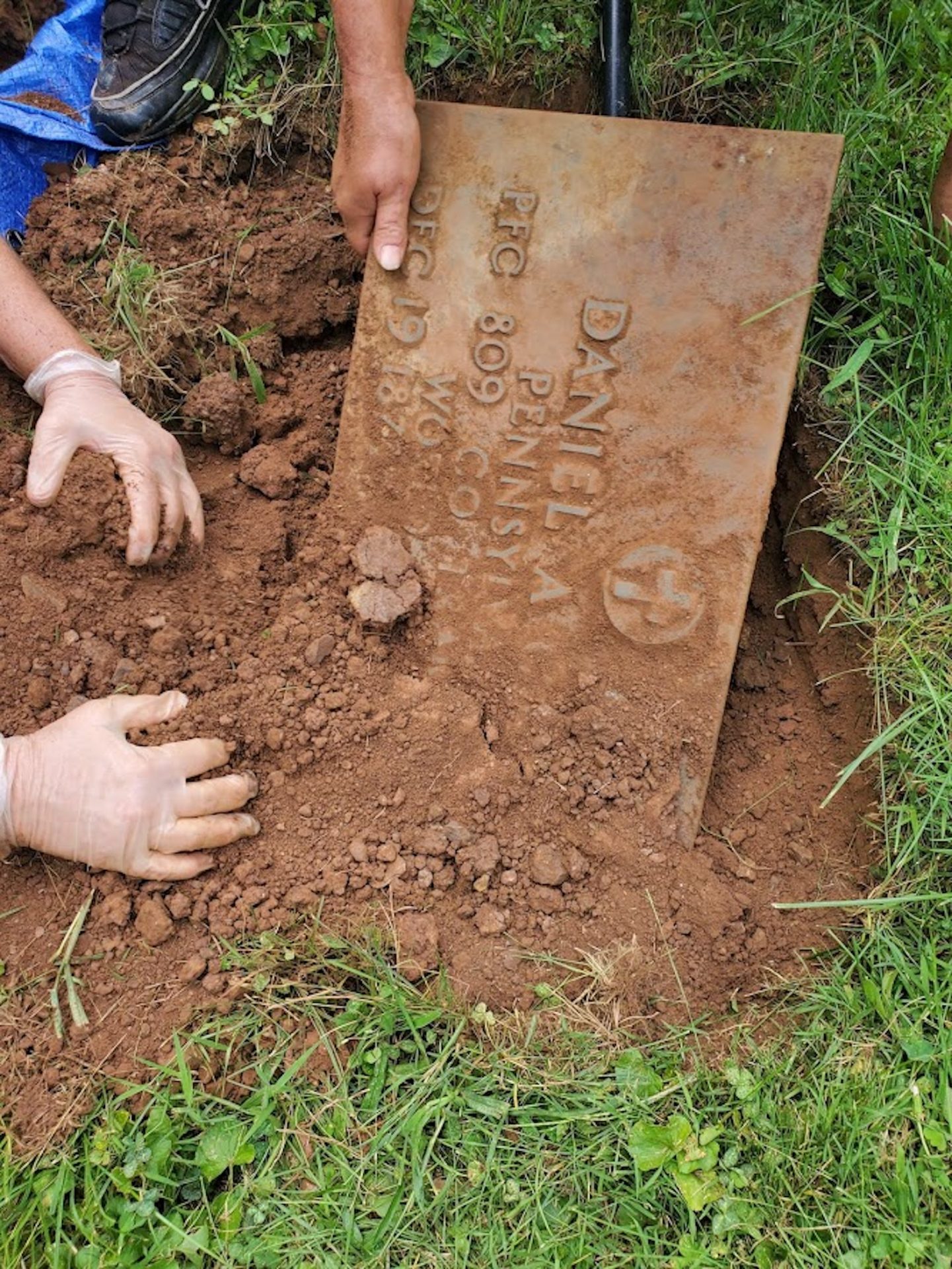 Photo courtesy of the Friends of Lebanon Cemetery

A volunteer from the Friends of Lebanon Cemetery digs out a sunken marker from the ground.

Dorm said all the group’s volunteers have family in the cemetery.

“We all have a vested interest in what takes place there,” Dorm said.

The nonprofit is now trying to raise $100,000 to continue physical restoration efforts and to create a digital repository of grave records. The overarching goal is to make it easier for people to reconnect with family members buried at Lebanon Cemetery.

“A good portion of that would be for our efforts here with the Friends of Lebanon cemetery, as it relates to being able to get the records that we have compiled — which are extensive — to be able to digitize those so that they can be easily shared with families,” Dorm said.

Dorm and Charles have been tracking down and compiling records of the cemetery and the people buried there, including death certificates, estate files, deeds, photographs and military records. With records, they have been able to document the graves they have uncovered and upload the information, including GPS coordinates, to findagrave.com and billiongraves.com.

They are partnering with the York County History Center to build historical knowledge of York’s Black residents.

“We’re collecting that knowledge, they’re sharing that knowledge with us for our biographies of the different people that are buried there,” said Nicole Smith, library and archives director at the center.

The money raised would also go toward restoring veterans’ graves and installing military markers for people who were eligible but never received them.

The grassroots effort to preserve Lebanon Cemetery  gained support from Second Lady Gisele Fetterman, who organized a GoFundMe campaign that launched last week. Lt. Gov. John Fetterman, a York native, did a walking tour of the cemetery and encouraged support for the preservation efforts.

Some of the prominent African Americans buried at the site include Mary J. Small, the first woman to become an elder in the African Methodist Episcopal Zion Church, and Etha Carroll Cowles Armstrong, who led the Black subcommittee of the women’s suffrage movement, but is also remembered as the first Black woman to get hired for a factory job in York.

“The cemetery is like an open air museum,” Charles said. “It’s a huge historical repository. And that’s why these places need to be preserved. We’re in an era now where Black history we know has been suppressed from everybody’s education.”

How you can help Haitian-led organizations in Pa. provide relief to the Caribbean country