Overtime pay for up to 190K workers died in Harrisburg this summer. Why aren’t more people upset? 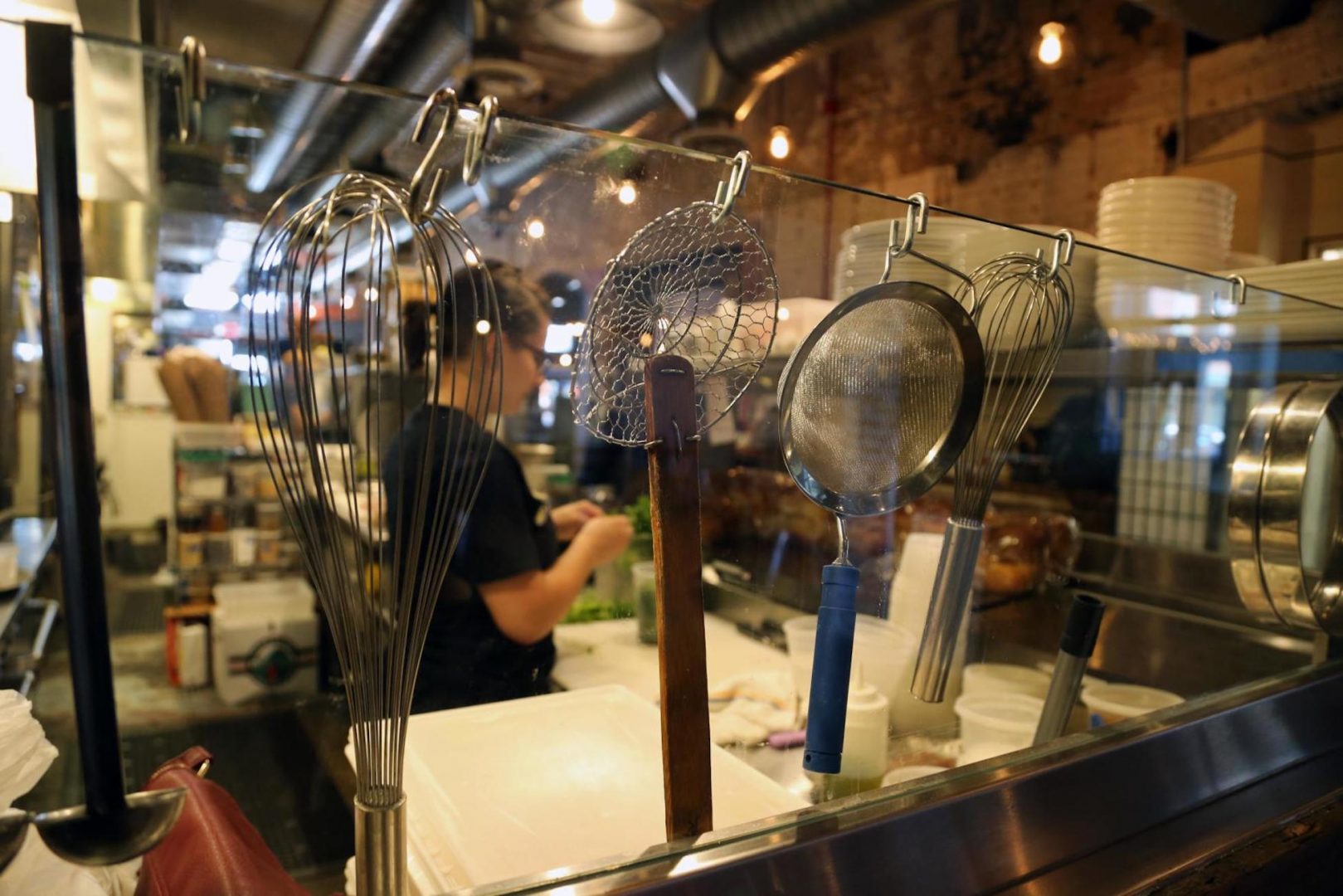 (Pittsburgh) — Dabney Grguras, an assistant manager at a restaurant outside Pittsburgh, regularly works more than 40 hours a week — sometimes a lot more. Putting in 55 hours isn’t unusual. One week, she spent 68 hours on the job.

“Things happen. … [Whether] we’re busy, or someone calls off, or whatever happens, the manager has to pick up the slack,” Grguras said.

Since Grguras became an assistant manager about three years ago, the job has grown more demanding because of COVID-19. Restaurants and other businesses across the country have struggled to hire workers, meaning there’s even more slack for mid-level managers like Grguras to pick up.

She said it takes a toll — physically and emotionally.

In addition to “being really tired” and struggling to stay on top of “chores [and] little things like that,” Grguras said, “I was getting in little arguments with my boyfriend [because] he felt like I wasn’t trying to leave work and spend time with him.”

Grguras thinks some of her stress would dissipate if she were to get paid extra when she works overtime.

“I would feel less guilty about staying at work if I was making money, if I was benefiting from it somehow,” she said.

With her roughly $44,000 salary, Grguras earns too much to qualify for overtime pay protections mandated by the government. Only salaried workers who earn up to $35,568 are automatically guaranteed the benefit, which allows them to earn time-and-a-half pay for any time they work beyond 40 hours in a week.

Until this summer, however, the salary floor in Pennsylvania was supposed to begin increasing this October, and ultimately rise to $45,500 in October 2022. Although state regulators approved the new threshold last year after a two-year rule-making process, Pennsylvania Gov. Tom Wolf let Republican lawmakers kill it during budget negotiations earlier this summer. In exchange, the GOP, which controls the legislature, agreed to boost funding for the state’s poorest schools. 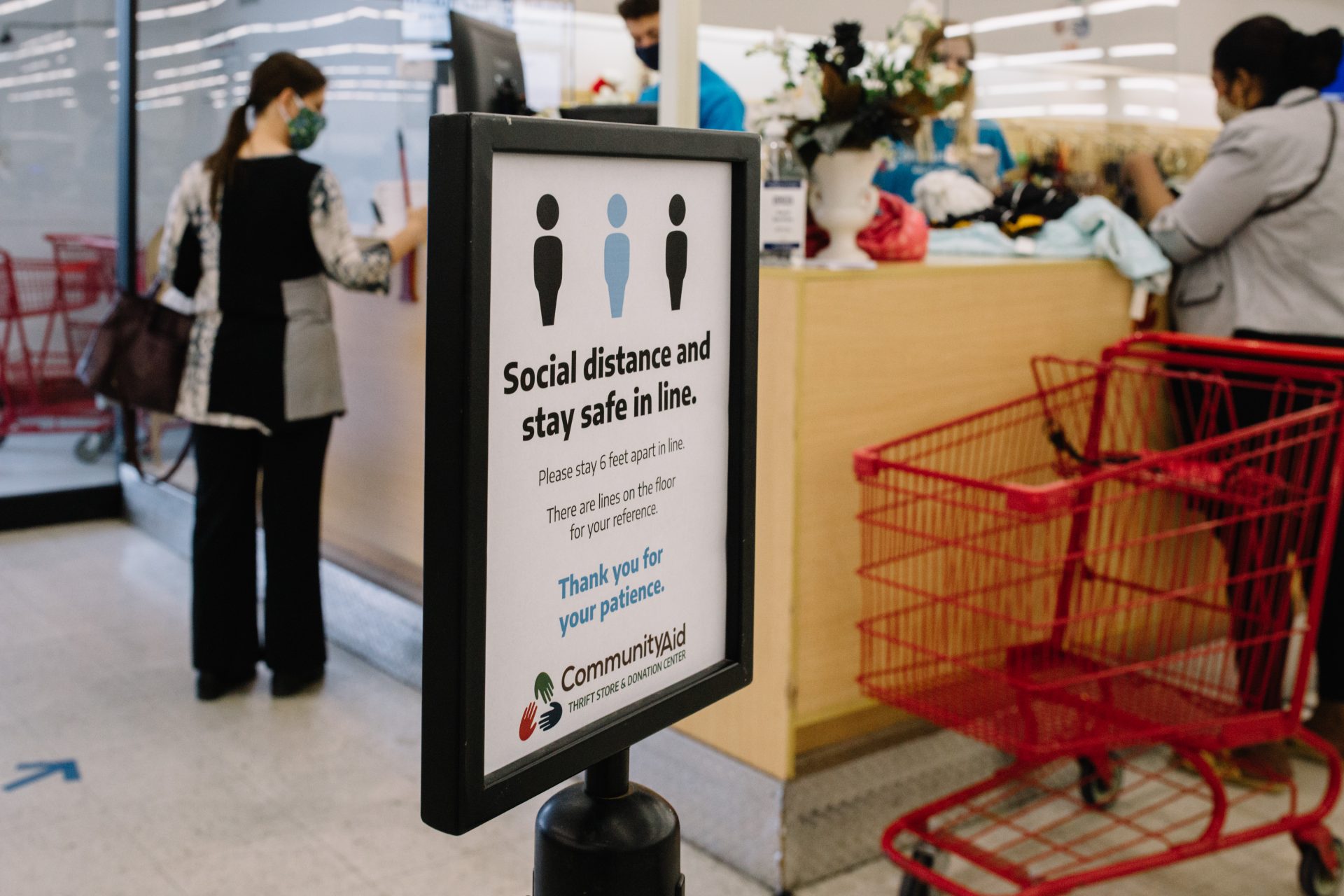 FILE PHOTO: Shoppers line the aisles at Community Aid thrift store in Mechanicsburg on Friday, May 22, the day Cumberland County entered the yellow phase of reopening.

‘Any opportunity to slow it down’

The now-abandoned rule could have extended overtime protections for an estimated 190,000 workers, many of whom are employed as supervisors in the retail and food service industries. But despite the number of people who stood to benefit from the policy, its repeal provoked little public outcry.

“Those workers, because they’re not organized, I don’t know that they knew they were going to get this [extra pay] even though … the regulation had been done,” he said. “There’s no organization fighting for mid-level supervisors at Wawa and Sheetz, for instance.”

Bloomingdale said he and other labor advocates were left to fill that void. “And actually,” he said, when the state’s Department of Labor and Industry decided to pursue the regulation several years ago, “the governor’s people had reached out to us about pushing for it.”

The two-year-long regulatory process for approving the measure faced fervent opposition from employers across the state.

They argued that a broader overtime guarantee would force them to convert salaried employees into hourly workers — even if employees preferred the flexibility that often comes with a salary. Opponents also said the rule change threatened to put Pennsylvania businesses at a disadvantage compared to employers in states with looser overtime policies. Nonprofits, meanwhile, worried they would not have enough funding to cover extra pay for workers.

Alex Halper, director of government affairs at the Pennsylvania Chamber of Business and Industry, acknowledged that his organization even preferred a modest minimum wage increase over the repealed overtime regulation.

“The input that we heard from employers all over Pennsylvania indicated that the overtime proposal just had a very, very significant impact on their workplace and how they manage their workforce,” Halper said.

“We certainly appreciate that the legislature brought this overtime issue into the discussion and that it was part of the final budget deal,” he said. And he noted that the Chamber had “been looking at any opportunity to slow [the overtime rule] down.” 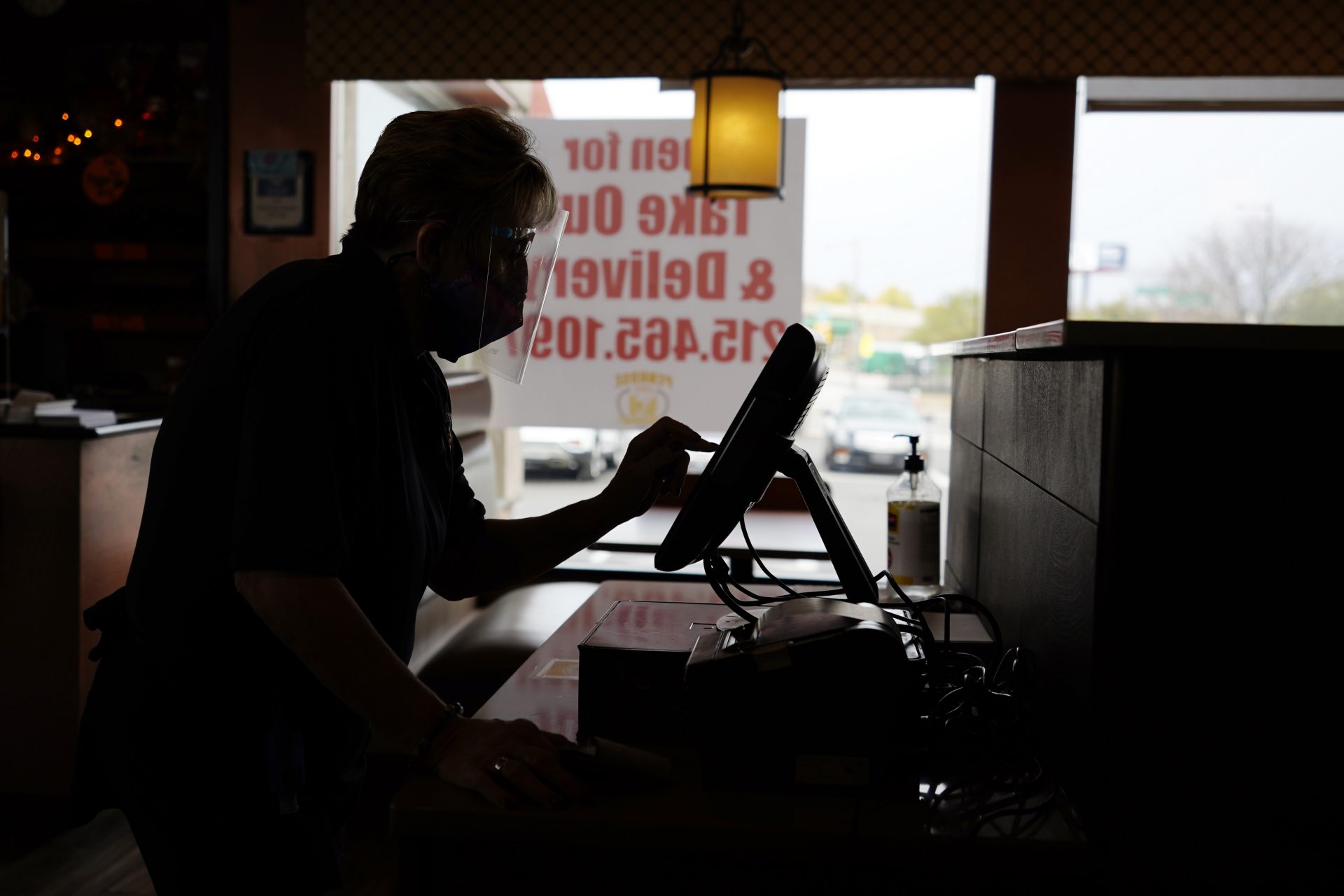 Bloomingdale, meanwhile, said his union didn’t find out that the overtime expansion was doomed to fail until the eve of the June budget vote.

In a hastily-crafted letter to lawmakers the day of the vote, the AFL-CIO condemned the plan to undo the rule, calling it “a direct betrayal to unions, workers, and activists who fought to restore the forty-hour workweek to some 200,000 salaried workers.”

“We … tried to mobilize and stop it. But the deal had been done, and it was too late,” Bloomingdale said.

“I’m all for the increased funding for education,” he added. But Wolf “left a lot of workers still having to work 50, 60 hours a week, get $15 an hour to run a store … and not get overtime for doing all that extra work.”

In a statement, the governor’s office defended the decision, noting that the $100 million cash infusion the deal secured for disadvantaged schools “is part of the largest school funding increase in state history.”

“This bipartisan agreement is an important first step toward leveling the playing field to make sure students in underfunded districts are not being left behind,” the statement said.

And it added that Wolf would support further action on overtime pay at the federal level. In addition, the statement said, the governor plans to advance other pro-labor regulations through state agencies.

Stephen Herzenberg, executive director of the Keystone Research Center, agrees with Wolf that the education funding is “a big accomplishment.” But “relative to the overtime expansion,” he said, it’s “a fragile victory.”

“We need a lot more support for underfunded school districts” than the governor has won, Herzenberg said.

And by allowing the overtime policy to die, he continued, “The Wolf administration was, in our view, too open about its willingness to give away something that they had already won. … This was a significant loss to a sizable number of workers that, in many cases, government hasn’t done much for in a long time.”

Herzenberg, an economist, led research in support of the now-scuttled overtime policy. It would have been a key tool for promoting the 40-hour work week for low-paid salaried workers, he said.

But without the rule, automatic overtime pay eligibility for salaried Pennsylvanians remains limited to those whose annual pay does not exceed the federal threshold of $35,568.

Workers who earn higher salaries are also entitled to receive overtime for work they perform that is not considered to be managerial or professional in nature, with the idea being that “you couldn’t just relabel somebody as salaried as a way to circumvent the requirement to pay overtime,” Hezenberg said.

For example, an employee “couldn’t be somebody who works in a McDonald’s, is called an assistant manager, but basically works at the cash register and is simply responsible for locking the door at night,” Herzenberg said. The same logic, he added, applies to bank branch managers who mostly work as tellers, as well as factory team leaders who primarily work on the assembly line.

The federal threshold has been adjusted multiple times over the years, but those increases have not kept pace with the changing economy. Between 1975 and 2013, the share of salaried workers who fall below the overtime threshold plummeted from 65% in 1975 to 11% in 2013.

Former President Barack Obama sought to raise the threshold from nearly $24,000 to about $47,000, but a Texas judge blocked that move in 2017. The Trump Administration later raised the floor to its current level of $35,568, which covers an estimated 15% of full-time salaried workers.

“People are so used to a situation in which they can be asked to stay in their department for an extra two hours because someone else has not shown up,” he said. “They’re just doing it for that same fixed amount [of money] they get each week as a salaried worker.”

“So I think the lack of outcry [over Pennsylvania’s abandoned overtime protections] unfortunately, is a symptom of the fact that many employers and many workers don’t actually know the rights that workers have.”