Many detainees have been sent to other detention centers, in some cases farther from their families. 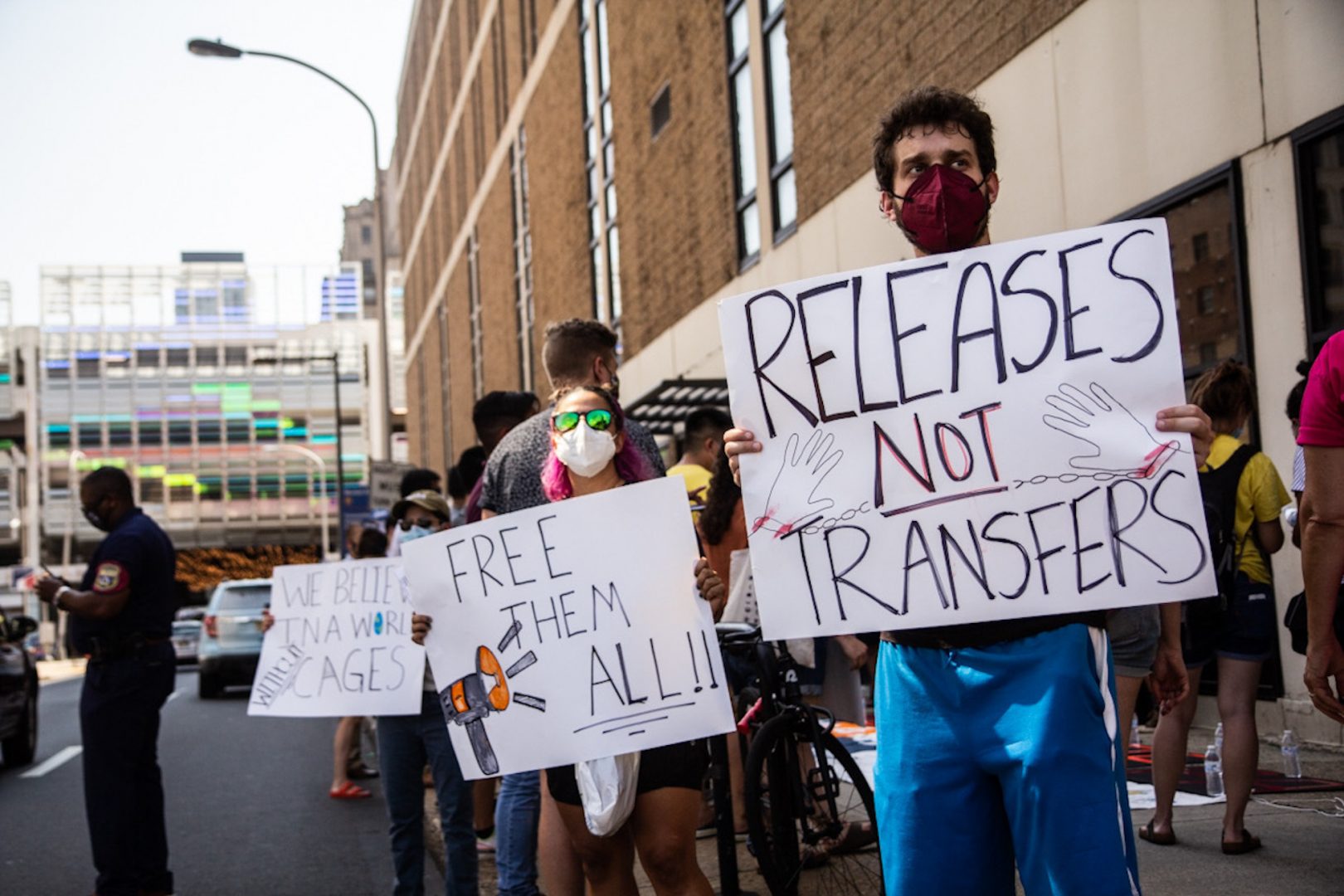 A central Pennsylvania prison ended its contract with U.S. Immigration and Customs Enforcement (ICE) on Thursday, terminating a decadeslong practice in which the federal agency rented out bed space in the local jail to detain immigrant men going through an immigration proceeding.

Immigration advocates initially cheered the decision, saying they hoped it was a step toward their larger goal of ending ICE detention. In reality, many detainees have been sent to other detention centers, in some cases across state lines and farther from their families.

“It’s a partial victory, because at the end of the day we want ICE out of Pennsylvania,” said Blanca Pacheco, co-director of New Sanctuary Movement.

Around 100 immigrants held at the center have been released, according to Pacheco and the advocacy group Juntos. They said another 200 were transferred to facilities as far as away as Florida and Louisiana. Some were deported. Immigration attorney Bridget Cambria, who represented clients detained at York, put the number of transfers lower but affirmed that around 100 were released. ICE declined to provide its own numbers.

And today transfers are happening from York PA to Plymouth Detention in MA – even folks with covid vulnerabilities. https://t.co/WaRgLn38qa

Outside the ICE field office in Philadelphia on Thursday, around 40 people gathered to protest the transfers and ongoing use of detention in the commonwealth.

“We have already begun to build a movement against the immigration imprisonment industry in our state, which seeks to cage our people for profit,” said Erika Guadalupe Núñez, executive director of Juntos.

York was one of three county jails renting bed space to ICE; the other two, in Pike and Clinton counties, will continue operating with funds from the feds. Earlier this year, the Berks Family Residential Center in Berks County, one of three family immigrant detention centers in the United States, stopped detaining families altogether.

But those closures do not necessarily mean there will be less immigrant detention in Pennsylvania. Local news reports indicate that the privately run Moshannon Valley Correctional Facility in Centre County has struck a deal with ICE to reopen its 1,878 beds to immigrant detainees. The Berks County Commission, which owns the Berks Family Residential Center, is considering converting it into a facility for immigrant women. 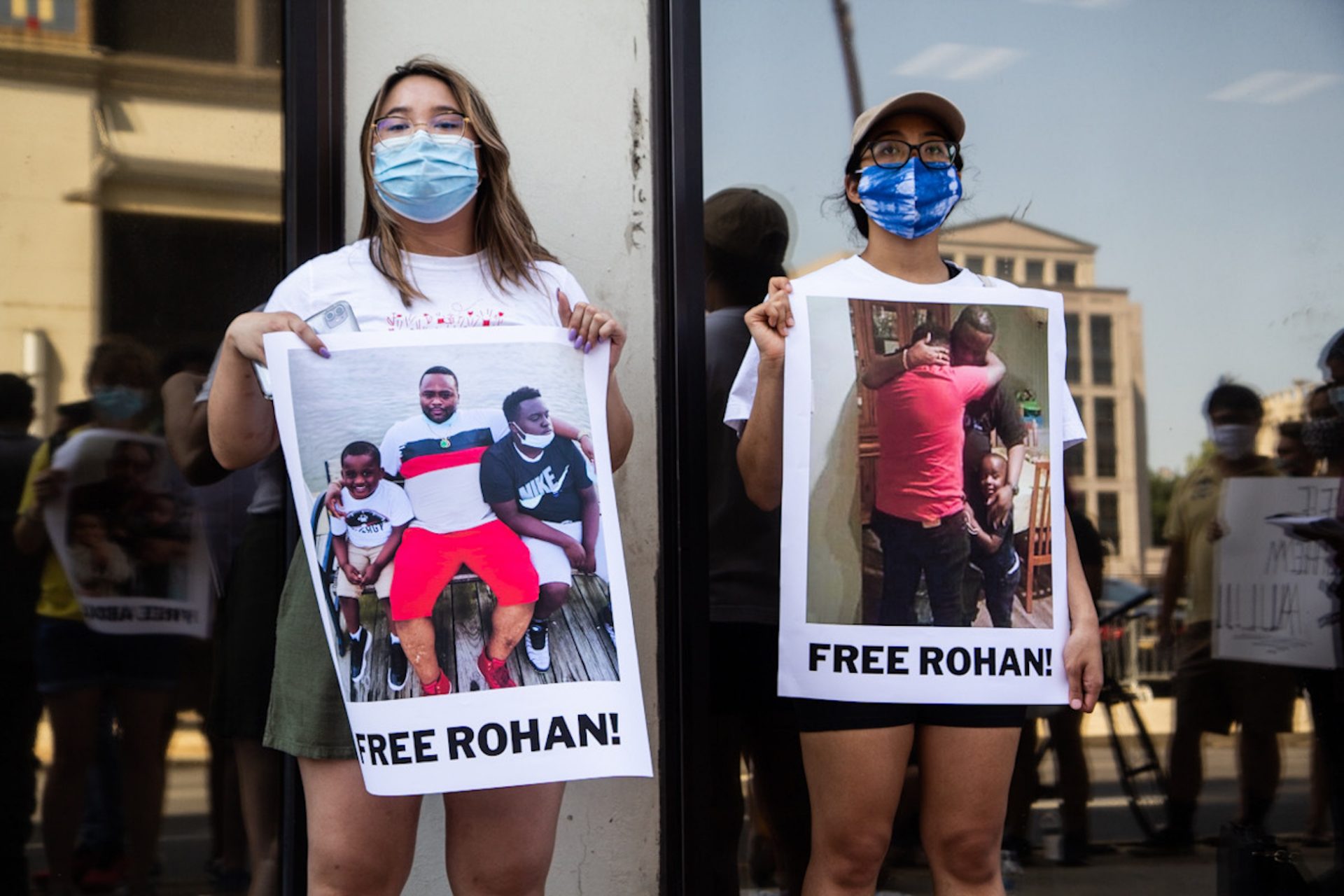 Protesters decrying ICE stood in support of Rohan, a Jamaican immigrant and long time resident of the U.S. on a green card, who is currently being detained in Florida. 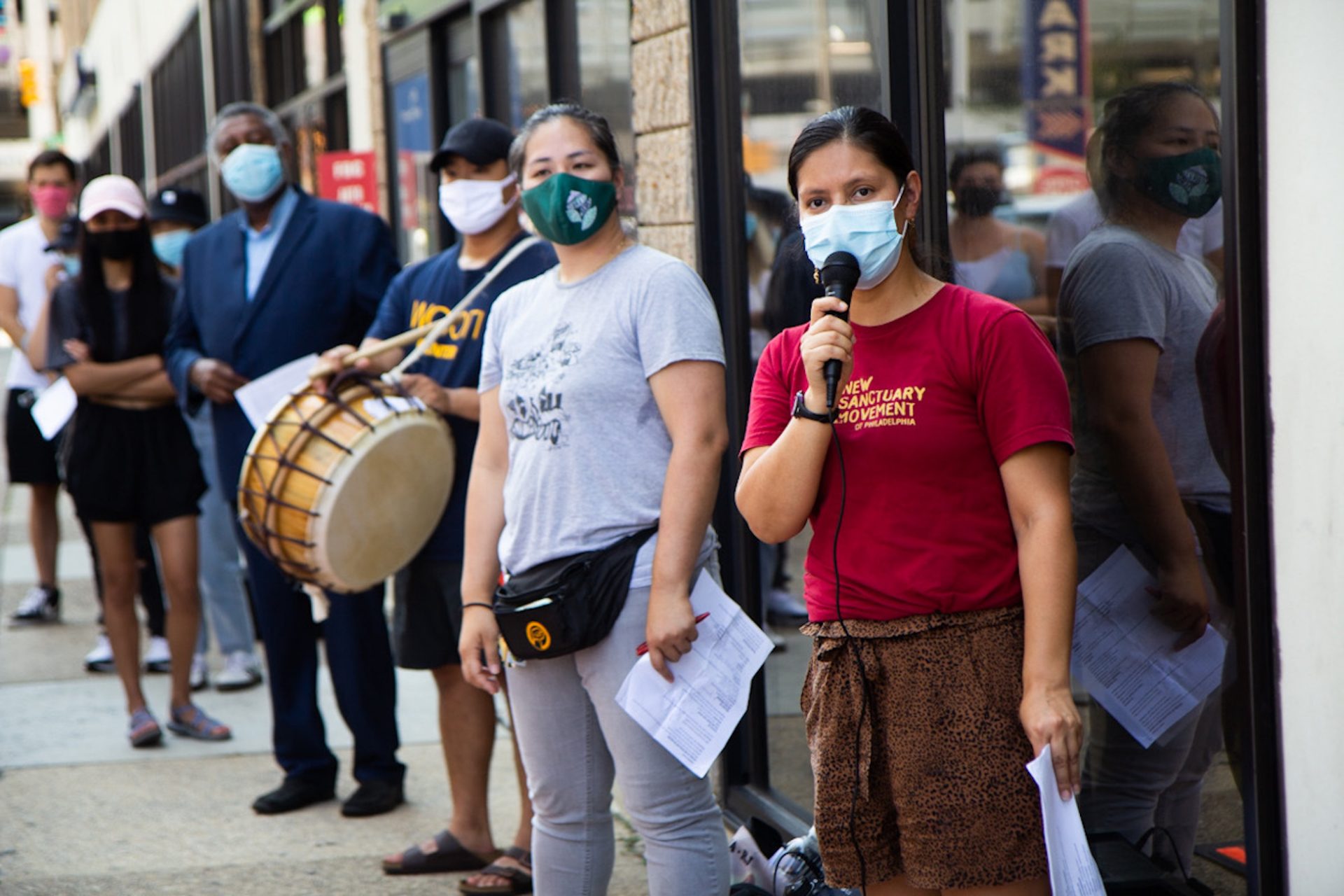 Blanco Pacheco, co-director of the New Sanctuary Movement in Philadelphia (far right), and Nancy Nguyen, co-founder and executive director of VietLead (second from right), lead a rally against ICE in Center City, Philadelphia, on Aug. 12, 2021.

In recent years, local jails around the country have cut ties with federal immigration authorities, often resulting in the large-scale movement of people between ICE-run facilities, private prisons, and county jails in various states.

The federal government ended its relationship with two jails – one in Massachusetts and one in Georgia – that are the subject of federal investigations into alleged abuse. Local officials ended the contract between ICE and the Essex County Correctional Facility in Newark, New Jersey, in April, instead choosing to rent out space from nearby Union County.

In each of these cases, the closure sets off a battle about where to send detainees. Advocates for immigrants often take these closures as an opportunity to rally for their release, arguing that detention is unnecessarily punitive, and sometimes physically unsafe, for detainees who have broken civil immigration, not criminal, laws.

ICE’s Office of Enforcement and Removal Operations “weighs a variety of factors, including the person’s criminal record, immigration history, ties to the community, risk of flight, and whether he or she poses a potential threat to public safety,” when deciding whether to detain, according to the agency’s website. When deciding where to transfer individuals, it takes into account an immigrant’s ties to the community, attorney of record, and how far along the person is in the court case, per an agency spokesperson.

At York, some immigrants recently stopped eating in protest of their possible transfer.

“We certainly had clients with criminal backgrounds, and I could see why ICE made an argument to transfer them. But we also had clients that never should have been detained in the first place,” said immigration attorney Jackie Kline, with ALDEA – The People’s Justice Center in Berks County.

As people are transferred to more remote places, or other states, they are often displaced from their communities and put in a more difficult spot to get legal representation. For an attorney, going to meet someone in Pike County can take an entire day, and in some far-flung facilities, “it’s hard just to get them on the phone,” said Kline. 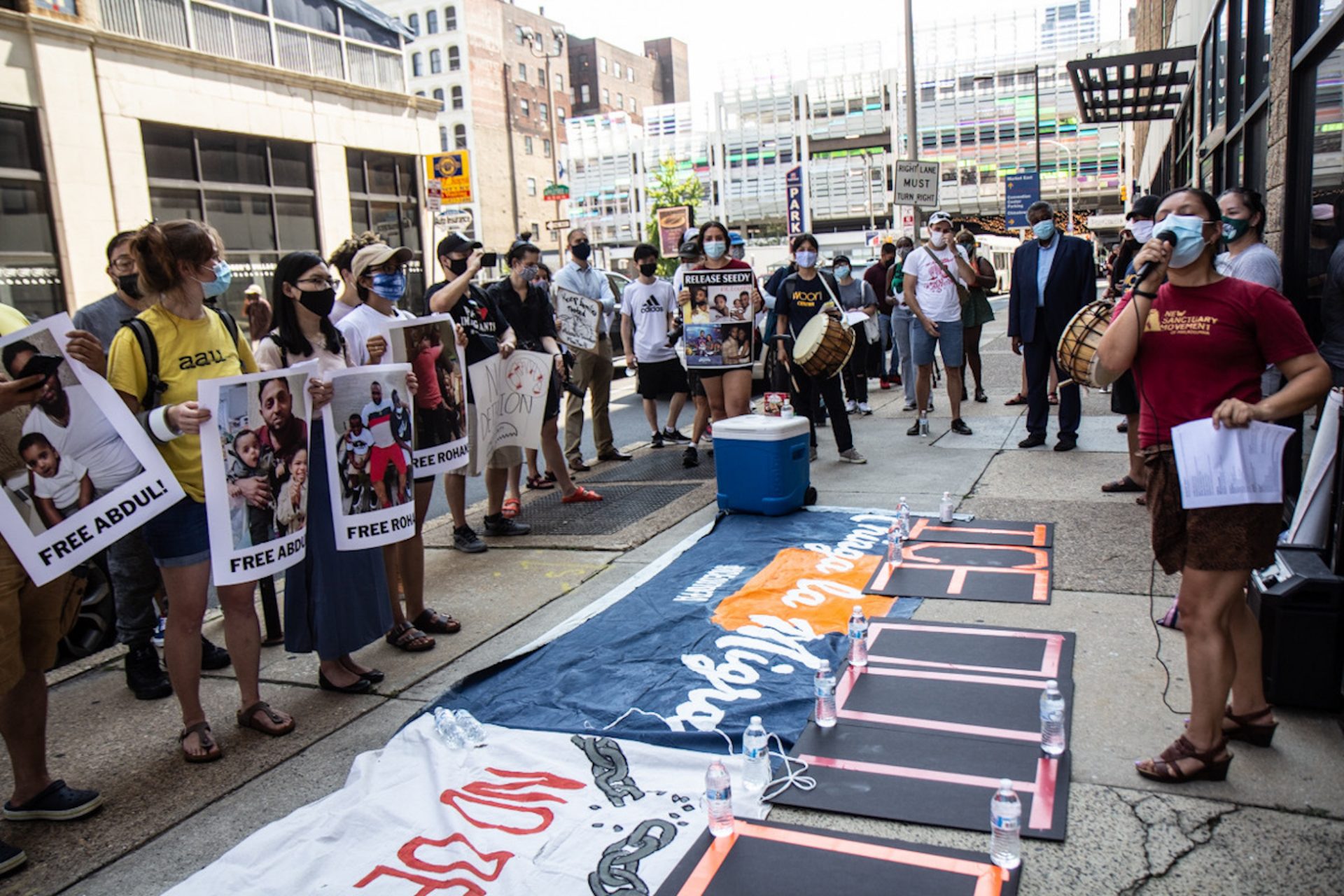 The American Civil Liberties Union sued to try to halt transfers from Essex County in New Jersey, but a federal judge sided with the agency.

At the rally outside Philadelphia’s ICE Field Office, advocates played testimony from Renee Miller, whose husband, Rohan Jordan, was held at York and then transferred to Florida after being arrested in April for what Miller described as a “nonviolent misdemeanor.”

Miller and their two kids live in Prince George’s County, Maryland, and said initially she hoped  Jordan, who came to the United States from Jamaica in 1998, could fight his immigration case in Baltimore. The couple is separated but raising their children together. Instead, he was taken to York, Pennsylvania, which while far, “wasn’t too far for a drive,” she said.

Then, just as abruptly as he was put in detention, Miller said Jordan was transferred to the Glades County Detention Center in South Florida.