FILE PHOTO: In this March 2, 2021, file photo, a sign is displayed at a COVID-19 vaccination site for employees of the Los Angeles school district in the parking lot of SOFI Stadium in Inglewood, Calif. California will become the first state in the nation to require all teachers and school staff to get vaccinated or undergo weekly COVID-19 testing.

Can the government make me get the COVID vaccine? 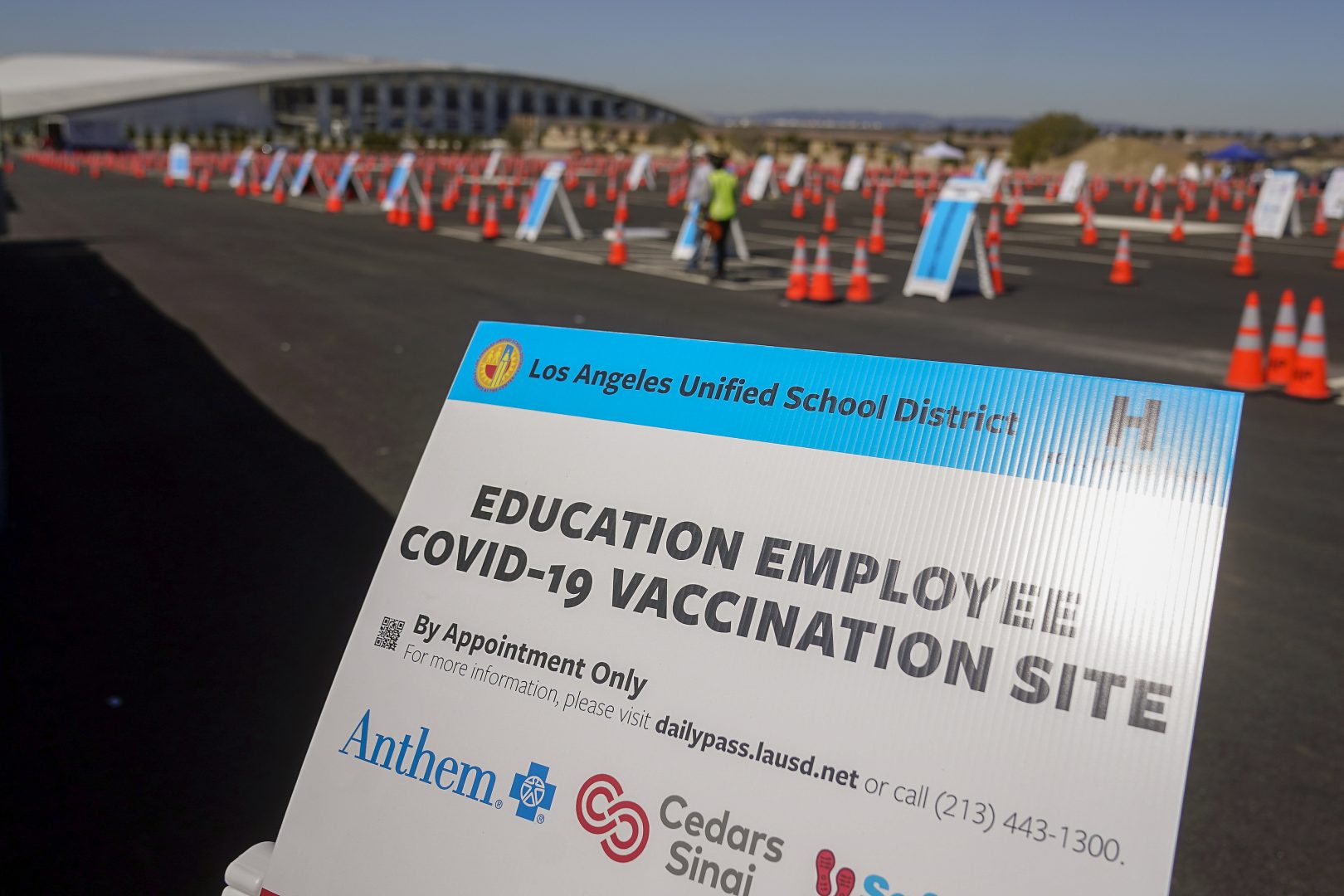 FILE PHOTO: In this March 2, 2021, file photo, a sign is displayed at a COVID-19 vaccination site for employees of the Los Angeles school district in the parking lot of SOFI Stadium in Inglewood, Calif. California will become the first state in the nation to require all teachers and school staff to get vaccinated or undergo weekly COVID-19 testing.

As yet another wave of COVID-19 spreads throughout the United States, we’ve seen businesses, cities and parts of the federal government begin to require proof of vaccination.

Those mandates have sparked a debate over not just the ethics of vaccination, but also the legality. Is it legal to require vaccination to perform your job? Or go to a sporting event or restaurant?

The following conversation has been edited for length and clarity.

Is there a legal precedent for requiring vaccination?

There is, Jacobson v. Massachusetts, [a Supreme Court case from 1905]. The case itself was about a vaccination mandate.

In the early 1900s, smallpox outbreaks were fairly frequent and many people had been vaccinated earlier as children, but needed to be vaccinated as their immunity waned. The state of Massachusetts passed a law that gave authority to local boards of health to make a decision at any given moment in response to an outbreak that smallpox vaccination should be mandatory for all residents of their local area if — in the opinion of the medical experts who were serving on the board — it was necessary to protect the public’s health.

The court described those arguments as not seeking a medical exemption, but rather reciting the alternative views that differ from medical consensus and that those arguments did not warrant an exemption from the requirement to be vaccinated.

Is it legal considerations or political concerns stopping President Biden from issuing a nationwide vaccine mandate?

I think it’s a combination of the two. Actually, there are different constraints, not based on individual rights, but based on federalism and also separation of powers. What I do think we’re likely to see is some incentives and conditions on things like participation in Medicare for hospitals and maybe skilled nursing facilities, nursing homes. But that’s very different from the kinds of mandates that we’re seeing employers adopt and that we’re seeing at least a couple of local jurisdictions consider for patrons of certain businesses.

Have private companies required vaccines for their employees in the past?

It’s very common for health care employers to require flu shots and a whole host of other shots as a measure to protect patients, but also to some extent to protect health workers themselves. So, for example, many require hepatitis vaccinations in addition to flu shots and all of the kind of childhood vaccines that we we tend to get as a condition of attending school.

The other kind of common requirement applied to adults who are over the age of 18 has been university requirements — college attendance requirements. College students in many states are required by law, not just by the [decision] of the college, to get a meningitis vaccine because of a higher incidence of meningitis outbreaks in the kind of congregate setting on campuses. And we’ve seen these same groups sort of lead the charge on vaccination requirements for COVID.

Can the federal government require vaccines?

The kind of role of the federal government is supposed to be playing is gap-filling. And so transit workers, for example, I could imagine the federal government issuing a vaccination requirement for airlines that are moving in interstate transit to require flight attendants interacting with the public to be vaccinated. That would fall within the kind of gap-filling role of the [Centers for Disease Control and Prevention].

How does a potential FDA approval of the vaccine play into this debate over the legality of mandates?

Politically, it might make a difference to individual people who are hesitant. But in terms of the legal issues, it’s an open question right now whether full approval versus “emergency use” authorization makes a difference in terms of legal authority to issue a vaccination requirement.

Initially, there were legal experts who are concerned that it really did mean that receiving a vaccine could not come with consequences, even for your employment or university enrollment. And plaintiffs in several cases have raised exactly this argument. In addition to their constitutional claims, they say that the statute protects them from being required to accept an unapproved product. So far, we’ve had only a couple of indications about how the courts respond to this argument. But those indications have suggested the courts are not eager to use the Food and Drug Act as a limit on vaccination mandates.

Do vaccination mandates increase adoption of the vaccine?

I should be careful here because my expertise is in the legal constraints and ethical constraints, not necessarily on sort of evaluating the effectiveness of these interventions. But my understanding is that vaccine mandates, even relatively soft mandates that impose alternative public health measures like masking or frequent testing on individuals, can make a difference at the margins.

I think part of what we’re seeing in the response to surveys of people who have not yet been vaccinated about what would get them to change their minds is that a fair number of those survey respondents said, “I’ll get the vaccine when I’m required to.”

Some of these soft mandates are as little as “check a box” or just “nod your head.” Or would it have to be something a little stronger than that? Going so far as, for example, to cross-reference health department records and verify that the vaccination actually happened.

But we’re definitely seeing a lot of approaches from governments and businesses just trying to respond to the reasons that people are not getting vaccinated. And those reasons vary. But one indication in those surveys of people who haven’t been vaccinated is that [mandates] would make a difference. Every little bit helps.

The audio for this story was produced by Barton Girdwood and Elena Moore. It was edited by Muthoni Muturi and Eric McDaniel.

How many people in Pa. use cannabis for addiction? The Wolf admin won’t say.