A great blue heron catching a fish on a Chesapeake Bay beach at sunset. 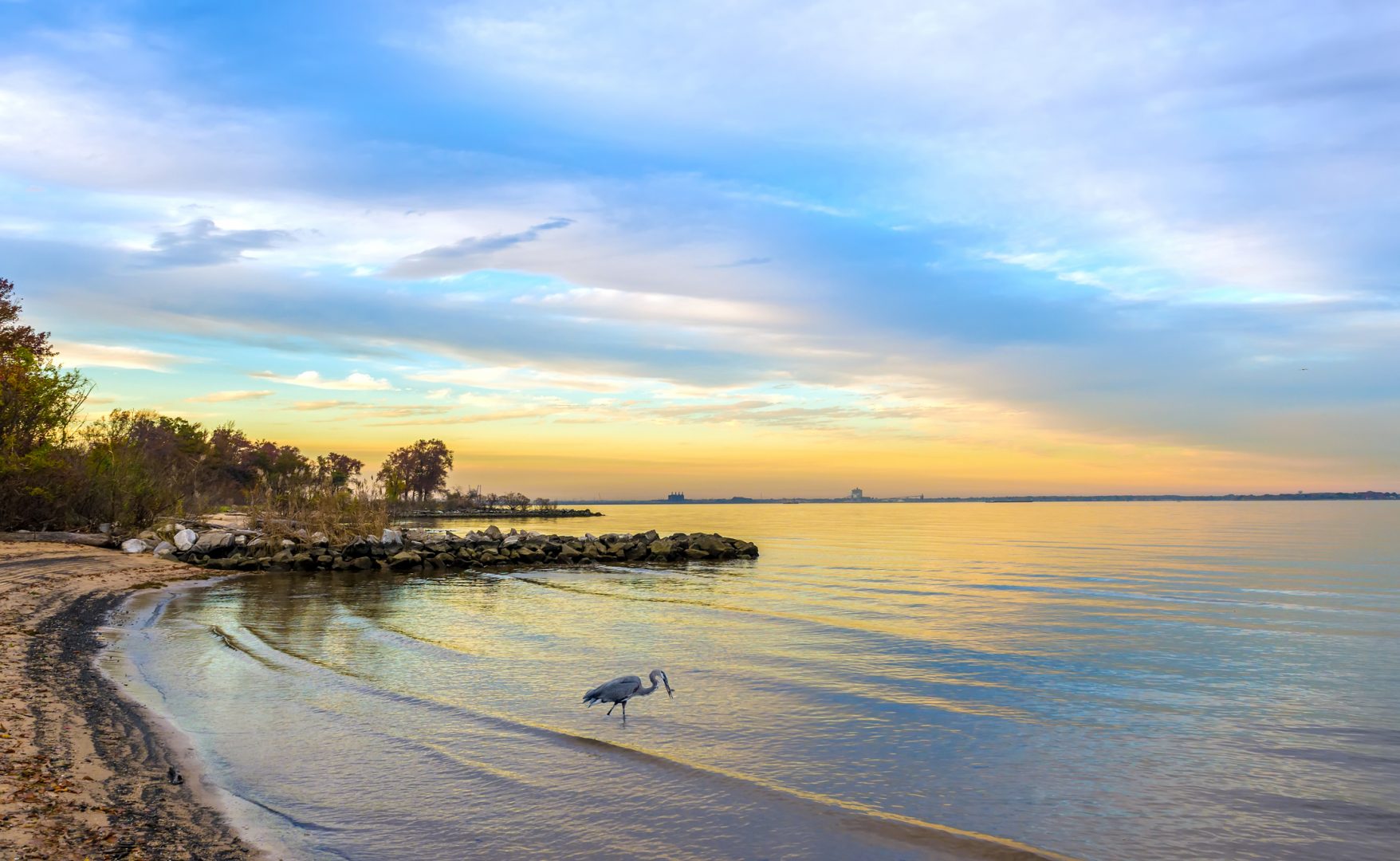 A great blue heron catching a fish on a Chesapeake Bay beach at sunset.

(Annapolis, Md.) — The groundwater of at least nine military installations near the Chesapeake Bay in Maryland and Virginia is contaminated with high levels of toxic fluorinated “forever chemicals,” according to a report Wednesday by an environmental group that cites Defense Department records.

The Environmental Working Group’s report focuses on installations along the bay and concerns about contamination mostly from chemicals in firefighting foam containing PFAS, or perfluoroalkyl and polyfluoroalkyl substances. They are known as “forever chemicals” because they do not break down in the environment.

The group says it’s the first time an analysis of the concerns has been conducted publicly at military sites across the nation’s largest estuary, whose large watershed includes the six states of Maryland, Virginia, Delaware, Pennsylvania, West Virginia, New York. The bay also is troubled by pollution from nitrogen fertilizer runoff and other pollutants.

The EWG report notes that records show PFAS may be present in groundwater at several other installations near the bay, where the Defense Department has not tested to confirm the presence of chemicals.

For years, the military used a film-forming foam in training to fight aircraft fires on flight lines. The Defense Department no longer uses foam with the chemicals for firefighting training, unless it can be contained.

The potential threat to bay shellfish and seafood from PFAS contamination at Defense Department sites is a local example of a U.S.-wide problem, the group said. Nationally, PFAS have been detected at more than 300 military installations, and they may be present at hundreds of other installations.

Richard Kidd, the deputy assistant secretary of defense for environment and energy resilience, said that while it may take years for the department to fully define the cleanup requirements for PFAS — and possibly decades to actually do the cleanup — the department would remain committed to the effort and to communicate with those affected.

“We are intent on making sustained progress on all PFAS challenges,” Kidd said, according to a Defense Department news release about the event. “We will continue to invest in science and technology, and we will demonstrate a commitment to clear and constructive dialogue with all stakeholders, such as … the participants today.”

An internal audit made public last month by the Pentagon’s inspector general concluded that the department dragged its feet on protecting service personnel from “forever chemicals” at military installations and isn’t doing enough to track health effects from exposure to the toxic compounds.

Officials have taken steps to find and clean groundwater contaminated with firefighting foam containing PFAS, the department’s inspector general found. But its report said the Pentagon has fallen short on dealing with other sources of the chemicals as its rules require.