FILE PHOTO: In this April 1, 2021, file photo May Nast arrives for dinner at RiverWalk, an independent senior housing facility, in New York. 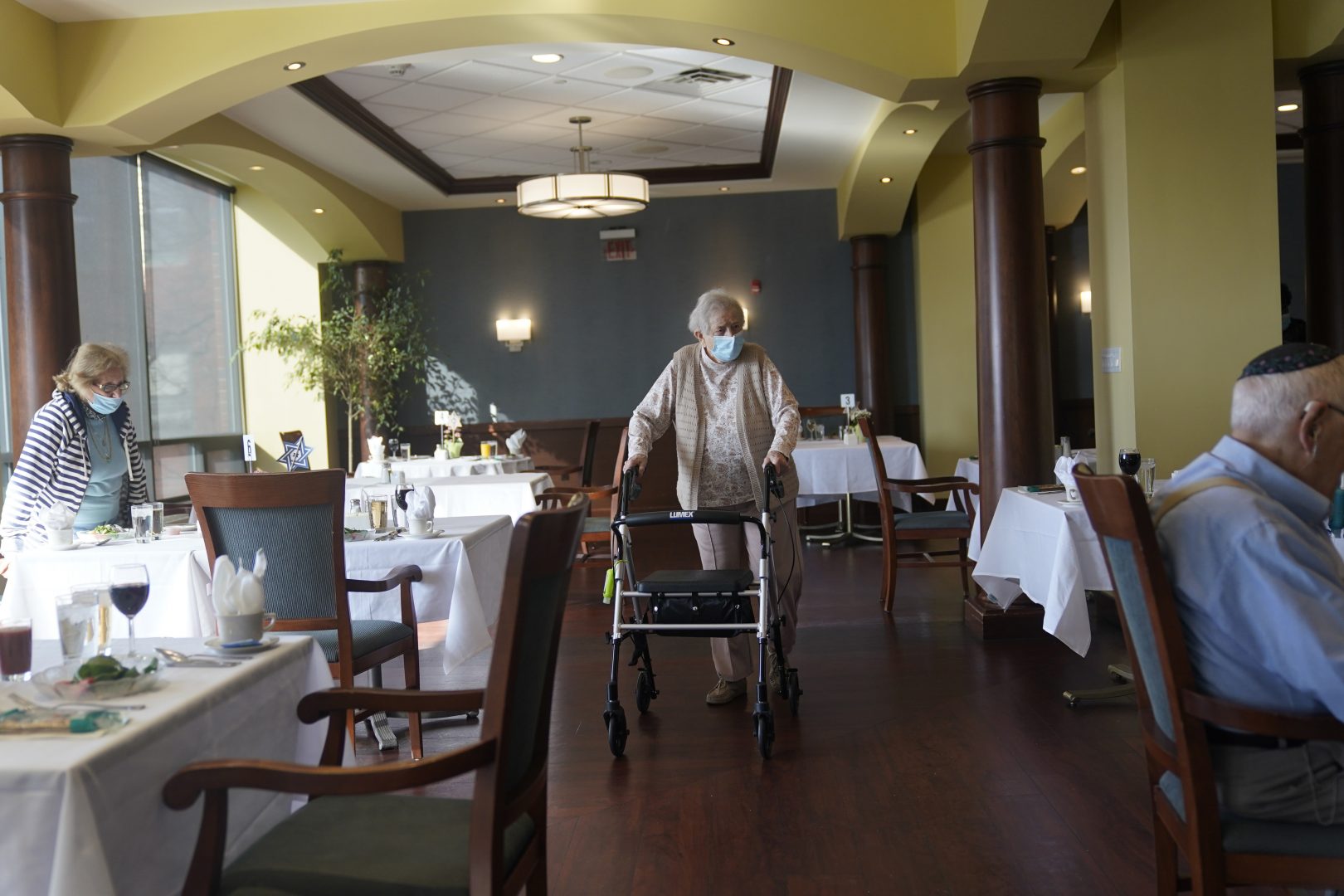 FILE PHOTO: In this April 1, 2021, file photo May Nast arrives for dinner at RiverWalk, an independent senior housing facility, in New York.

The bill, from a group led by Sens. Ron Wyden of Oregon and Bob Casey of Pennsylvania, is part of a broader overhaul of long-term care just getting started. Separately, President Joe Biden is seeking $400 billion to expand home and community based care as an alternative to nursing homes in the giant domestic agenda bill Democrats are pushing in Congress. His COVID relief law already provided a down payment.

Nursing homes and long-term care facilities house a tiny proportion of the U.S. population but they’re estimated to account for about 3 in 10 deaths from COVID-19. Vaccines have finally brought relief, dramatically reducing cases and deaths, but concerns remain.

Some of the main provisions of the Senate bill would:

The Congressional Budget Office has not put a price tag on the bill, but it could reach tens of billions of dollars.

“Families must have faith that loved ones receiving long-term care or care after a hospital stay will be safe and receive good-quality care,” Wyden said in a statement. “The pandemic, myriad reports of abuse, and critical failures during natural disasters have shattered that foundation of trust and safety.”

Nursing homes receive most of their financing through Medicaid and Medicare, and Wyden oversees both programs as chair of the Senate Finance Committee. Casey leads the Aging Committee. In the House, Ways and Means Chairman Richard Neal, D-Mass., and Energy and Commerce Chairman Frank Pallone, D-N.J., are also working on a nursing home overhaul. The four lawmakers wield clout, but prospects for the legislation are uncertain.

“These proposed measures would help improve staffing and increase accountability on the part of nursing homes,” Harvard health policy professor David Grabowski said of the legislation. “Historically, we have often underfunded nursing homes but some facilities have also not spent public dollars on direct resident care as intended. Under this legislation, more funding will go to nursing homes for staffing, but more will be expected of them as well.”

The bill would also launch an experiment to see if downsized nursing homes lead to better care and quality of life for residents. Those facilities would have between five and 14 residents, make private rooms available, feature accessible outdoors areas, and involve residents and families in decision-making.

Nursing home industry groups have been clamoring for more money from the federal government, but they also complain about the cost of added requirements and the burden of more rules. They’re likely to oppose banning arbitration clauses.