While Mehran Nazir still struggles with depressive episodes now and then, he shares his musings online to help himself and others. 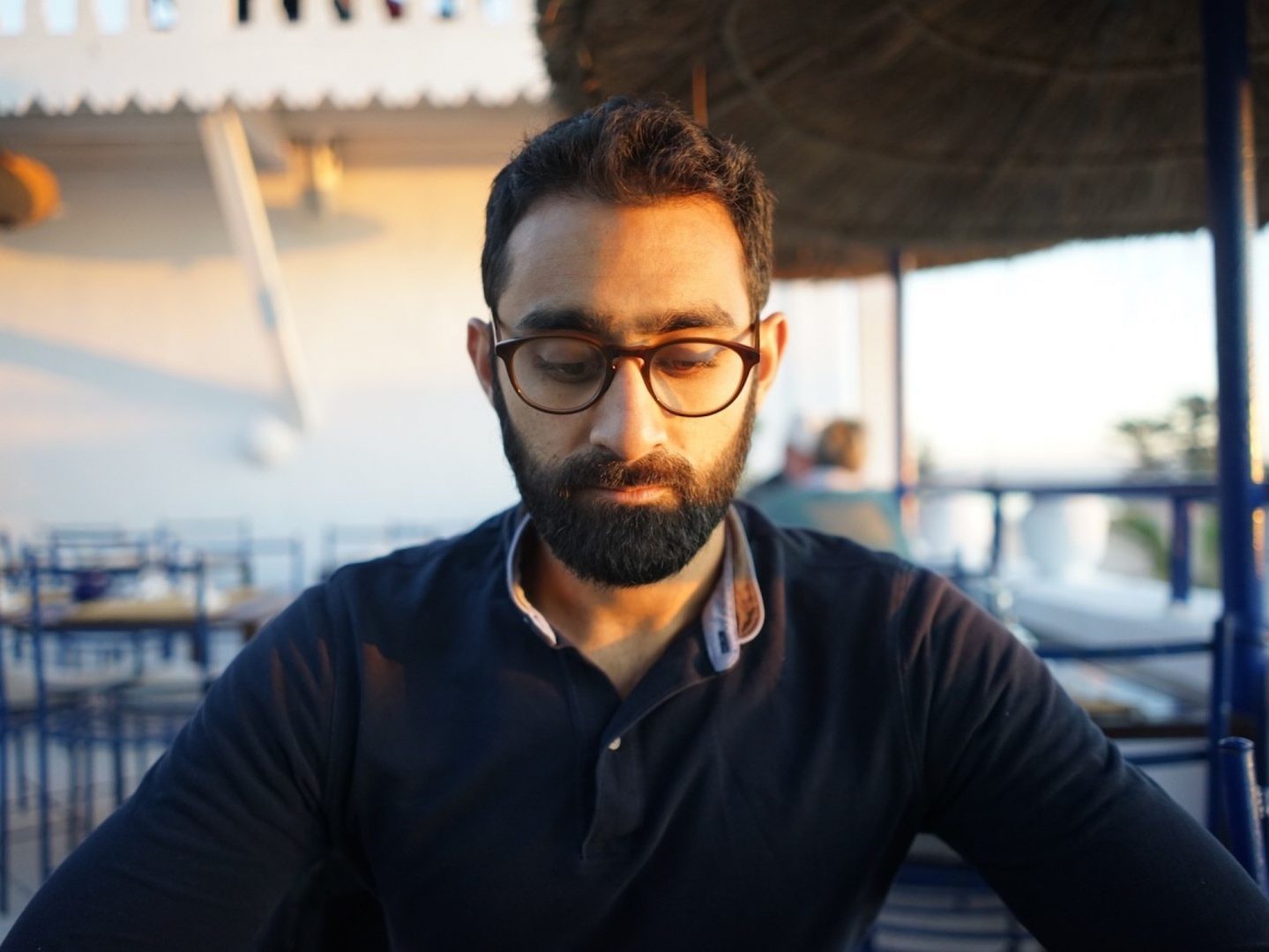 While Mehran Nazir still struggles with depressive episodes now and then, he shares his musings online to help himself and others.

For an entire year that involved emergency room visits, legal proceedings, involuntary unemployment and the death of loved ones, Mehran Nazir struggled with a depressive episode. He would find his mind flooded with self-destructive thoughts. He’d faintly hope his plane from Newark to San Francisco would crash or that he would doze off at the wheel of his car and end up in a fatal accident.

The normally extroverted Nazir would lie paralyzed in bed for hours doing nothing, not wanting to speak with family and canceling plans with friends.

It came to a head when Nazir found himself on the brink of suicide. In his darkest moment, he drafted a will and decided where it would happen.

Eventually, Nazir found comfort in journaling. And when he shared his writings online, he quickly found that other Muslims shared his struggles.

“I realized that this is not something that is unique in my history,” Nazir told NPR. “This was not a random occurrence.” 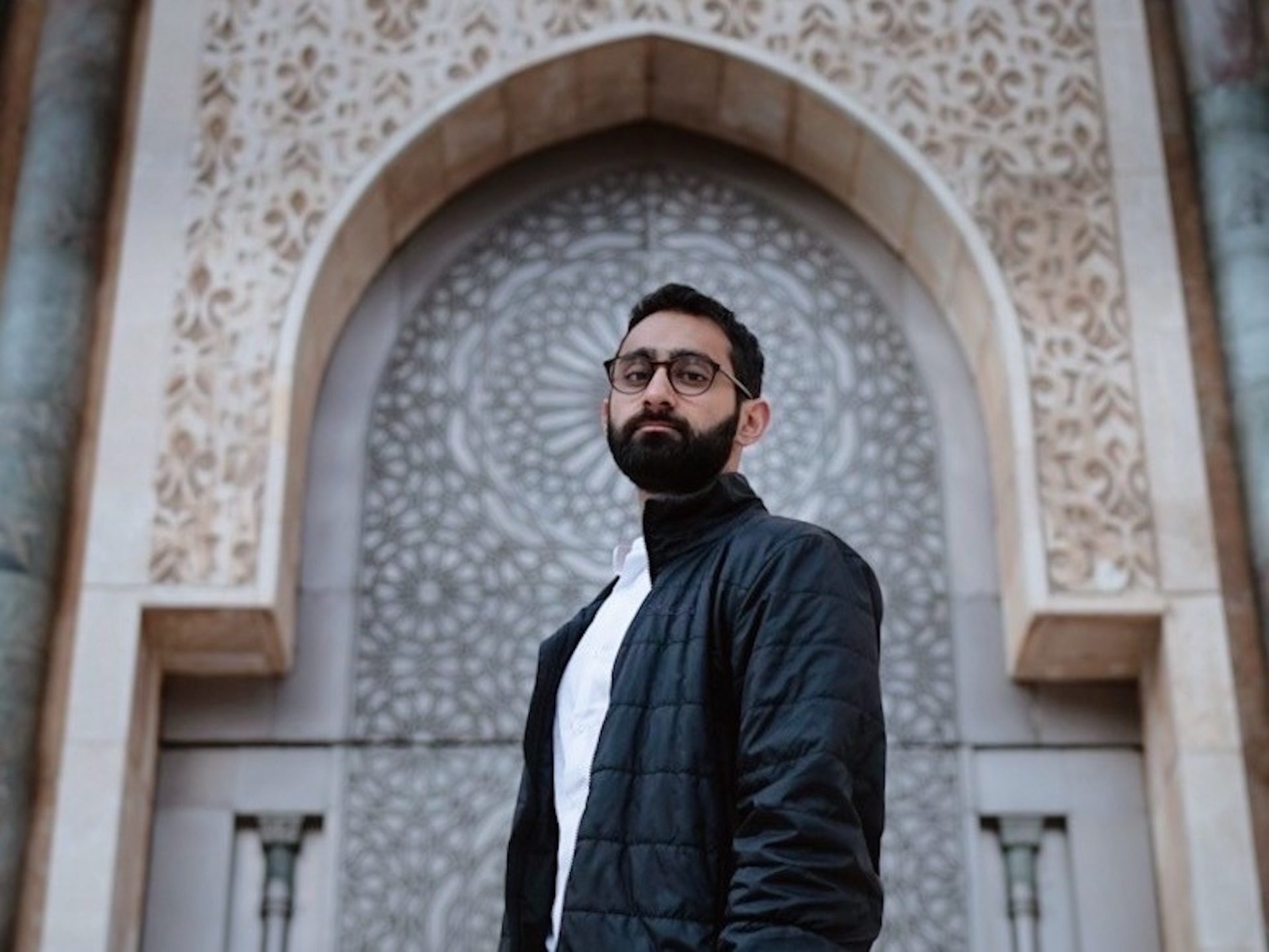 Nazir was right. U.S. Muslims are two times more likely to have attempted suicide compared with other religious groups, according to a study published last month in JAMA Psychiatry. Nearly 8% of Muslims in the survey reported a suicide attempt in their lifetime compared with 6% of Catholics, 5% of Protestants and 3.6% of Jewish respondents.

“Anecdotally and in clinical settings, we’re definitely seeing an uptick in suicides and suicide attempts,” Dr. Rania Awaad told NPR. She’s the director of the Muslim Mental Health & Islamic Psychology Lab at Stanford University and a researcher on the study.

At the heart of these numbers are several issues 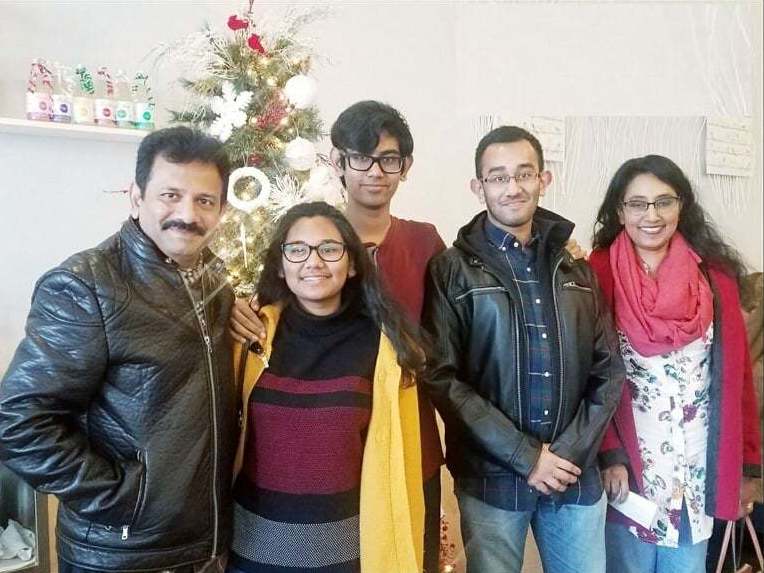 Six members of the Towhid family were found dead inside their Allen, Texas home in early April. Police say the two brothers made a pact to kill their family and then take their own lives. (Bangladesh Association of North Texas)

Earlier this year, a murder-suicide involving a Muslim family in Allen, Texas, sent shock waves through the community. Brothers Farhan Towhid, 19, and Tanvir Towhid, 21, both of whom reportedly battled depression, made a pact to die by suicide and kill the rest of their family so they wouldn’t have to live with the grief. Since then, public discussions on mental health, trainings on suicide response and healing circles have taken on new urgency.

“We have a very long way to go,” Awaad said. “There is just the beginning of a discussion that is happening now.”

Naureen Ahmed, now 39, remembers how her family would visit her mother, Seema, at a psychiatric hospital. But the family never openly discussed why she was there.

Some days, Seema would sing along to Bollywood music at home wearing red lipstick. Other days, she’d walk around the house brandishing knives — or jump out of the car on the highway, threatening to kill herself.

Ahmed, a social butterfly at school, was hesitant to invite friends over because she never knew which side of her mother she would get that day.

It wasn’t until she was 25 that Ahmed finally learned why her mom acted that way: she had bipolar depression and schizoaffective disorder, her grandparents told her. 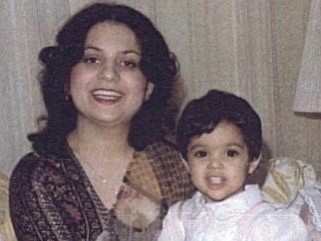 “It was difficult to say it out loud, this secret that I had held inside my entire life,” Ahmed told NPR.

Of the many factors that prevent families or individuals from seeking mental health treatment, stigma is “perhaps the most significant,” according to a 2013 study that looked at the cultural backgrounds of Muslims.

“If you believe that your mental illnesses will bring shame on you or your family, then you tend to stay silent about it,” said Dr. Farha Abbasi, founder of the Muslim Mental Health Conference. Through the conference, hosted by Michigan State University for 13 years, Abbasi hopes to destigmatize mental illness within the Muslim community using open dialogue.

After Ahmed’s mother died in 2012, she created SEEMA to support families like hers who are shamed by the stigma of mental illness, are isolated by their communities or are suffering alone.

SEEMA, launched in 2018, hosts support groups with licensed therapists at community centers and mosques and awareness workshops highlighting the importance of mental health and how to care for someone struggling with a mental illness.

“We need to have these conversations to destigmatize and bring awareness because people think that they’re alone,” Ahmed said.

Abbasi, who has studied the impact of growing Islamophobia on Muslims’ mental health, says she was not surprised by the results of the Stanford study.

U.S. Muslims were more likely to report suicide attempts than those from Muslim-majority countries, according to the Stanford study. As a religious minority in the U.S., Muslims are highly vulnerable to religious discrimination, which is associated with depression, anxiety and paranoia. 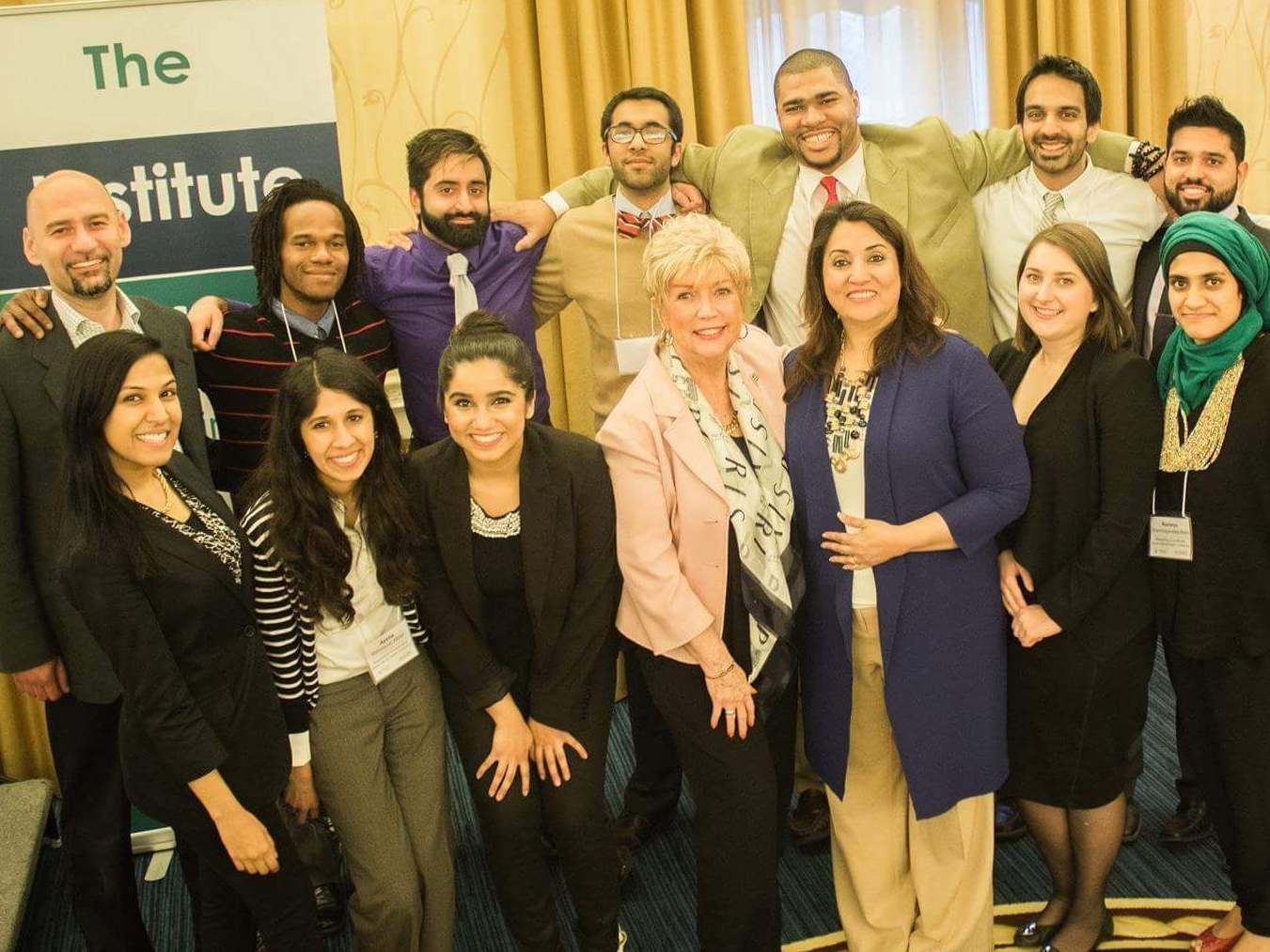 The Muslim Mental Health Conference has been hosted by Michigan State University for 13 years, discussing topics such as government surveillance, Islamophobia and the Muslim Ban. (Farha Abbasi)

According to 2020 polling from the Institute for Social Policy and Understanding, 60% of Muslims reported personally experiencing religious discrimination. And the FBI’s latest hate crime statistics in 2019 suggest that, of the reported 1,715 victims of anti-religious hate crimes, 13.2% were victims of anti-Muslim bias.

“I felt that I was unworthy and there was no reason for me to live,” she said. Ali, a mother of three, had attempted suicide for a third time. The first two were in 2008 and 2018. “I started believing that I was crazy, that I must be a bad Muslim.”

That was until she joined a Muslim support group. It was there that Ali, who was diagnosed with severe depression, first came to terms with her mental illness. 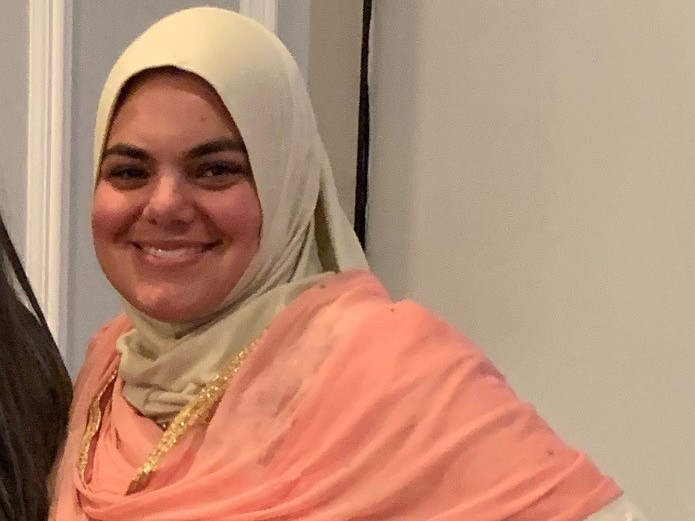 “It’s very likely that when you’re sitting at the masjid, somebody in your praying row has felt this way,” Ali told NPR.

But unlike Ali, some Muslims may not get the help and support they need.

To help jump over these hurdles, Muslim mental health professionals across the country are providing more culturally appropriate and religiously sensitive resources for Muslims.

“There may be mental health providers available, but if an individual doesn’t trust the system, they’re not going to use it,” Ahmed told NPR. “We try to translate the research into culturally and religiously tailored mental health resources that are community informed and disseminated by Muslim American mental health professionals.” 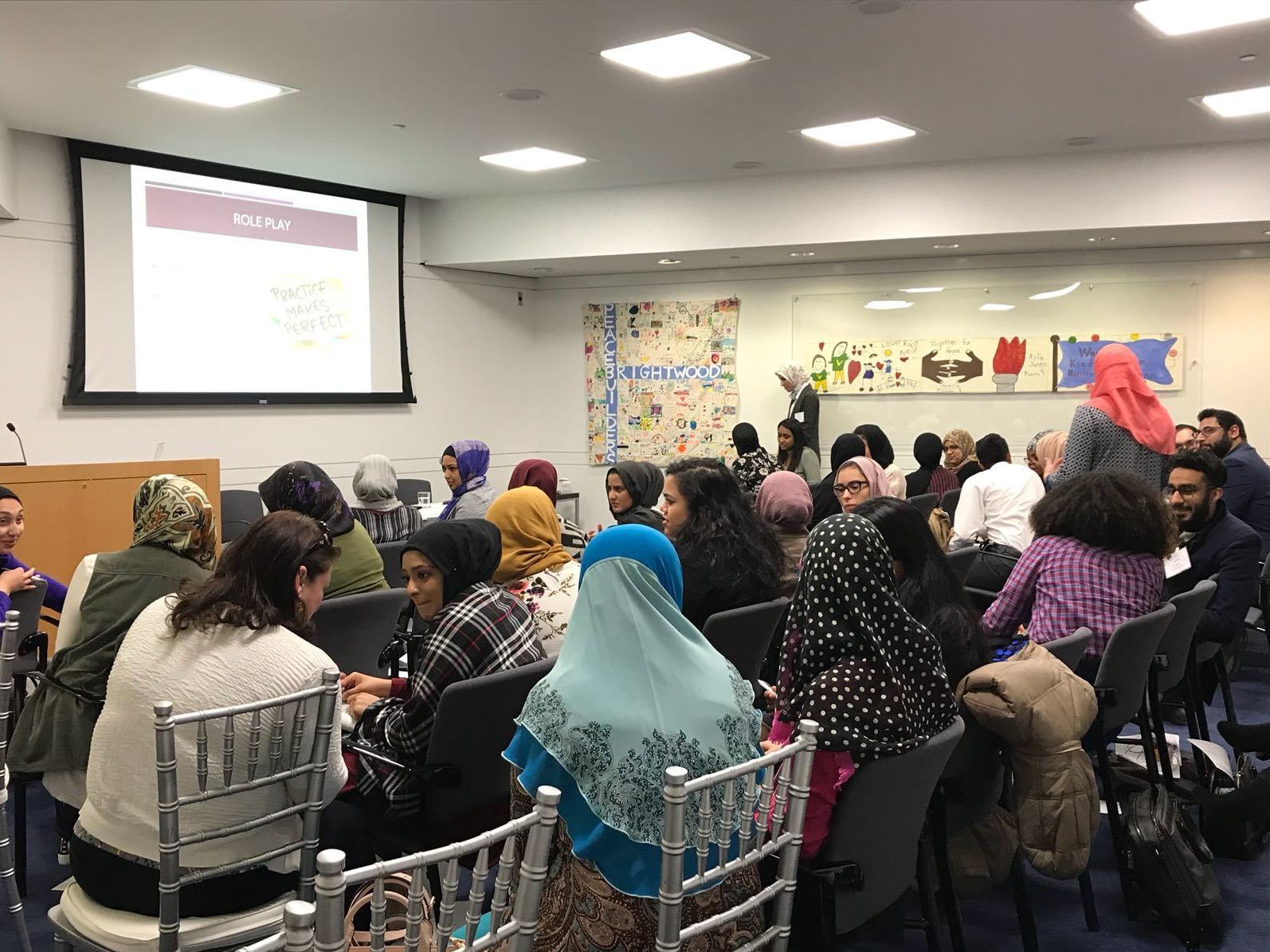 In 2017, the Khalil Center, which offers Muslims faith-based mental health services, launched a hotline that provides a “safe and empathic space” for those in crisis situations. “There’s more awareness happening,” Khalil Center psychologist Dr. Fahad Khan told NPR. “We have seen a rise in those who are seeking services.”

Imams have an integral role in community mental health because Muslim Americans may be more willing to seek help from religious leaders. That’s why Awaad started a campaign to train 500 Muslim leaders on suicide response in their communities by 2022.

“A number of imams came forward and said, ‘We as the religious and community leaders of the Muslim community really need to step up to this discussion,’ ” Awaad said. 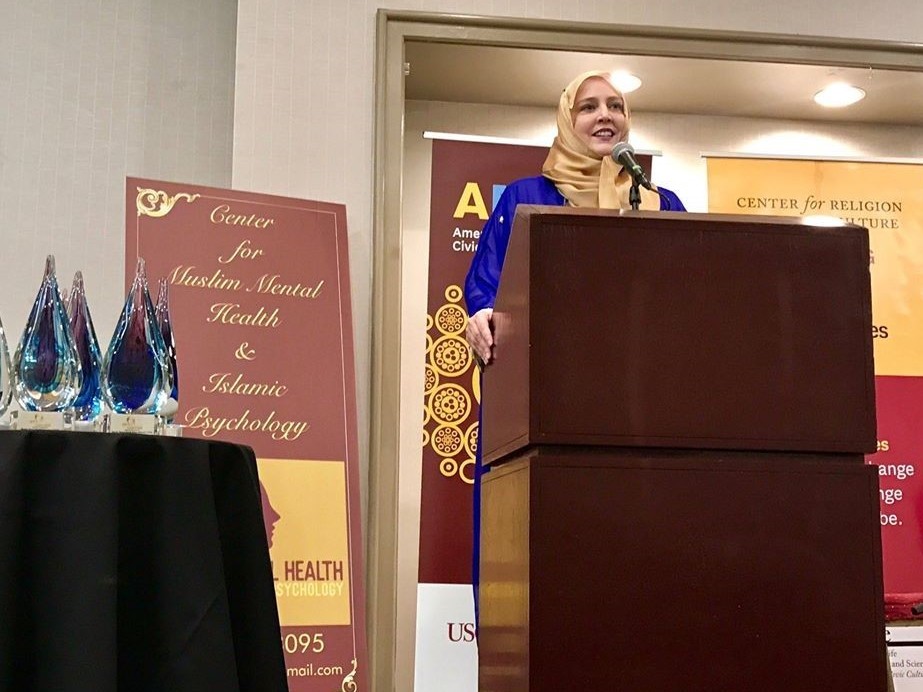 Dr. Heather Laird, founder of the Center for Muslim Mental Health and Islamic Psychology, found that Muslims were more likely to seek psychotherapy if it aligned with Islamic values. So she ignited a movement toward Islamic psychology. By Laird’s definition, Islamic psychology is the treatment of the mind and soul within an Islamic context.

As for Nazir, he uses a combination of therapy and journaling to tend to his psychological wounds.

“This battle for mental health is not necessarily you solve it, you cure it, you move on,” Nazir said. “For me, it’s an ongoing journey.”

Dalia Faheid is an intern on NPR’s News Desk.

How to keep your child safe from the delta variant