Theft charges brought down a state lawmaker. But Pa.’s reimbursement system was ripe for abuse. 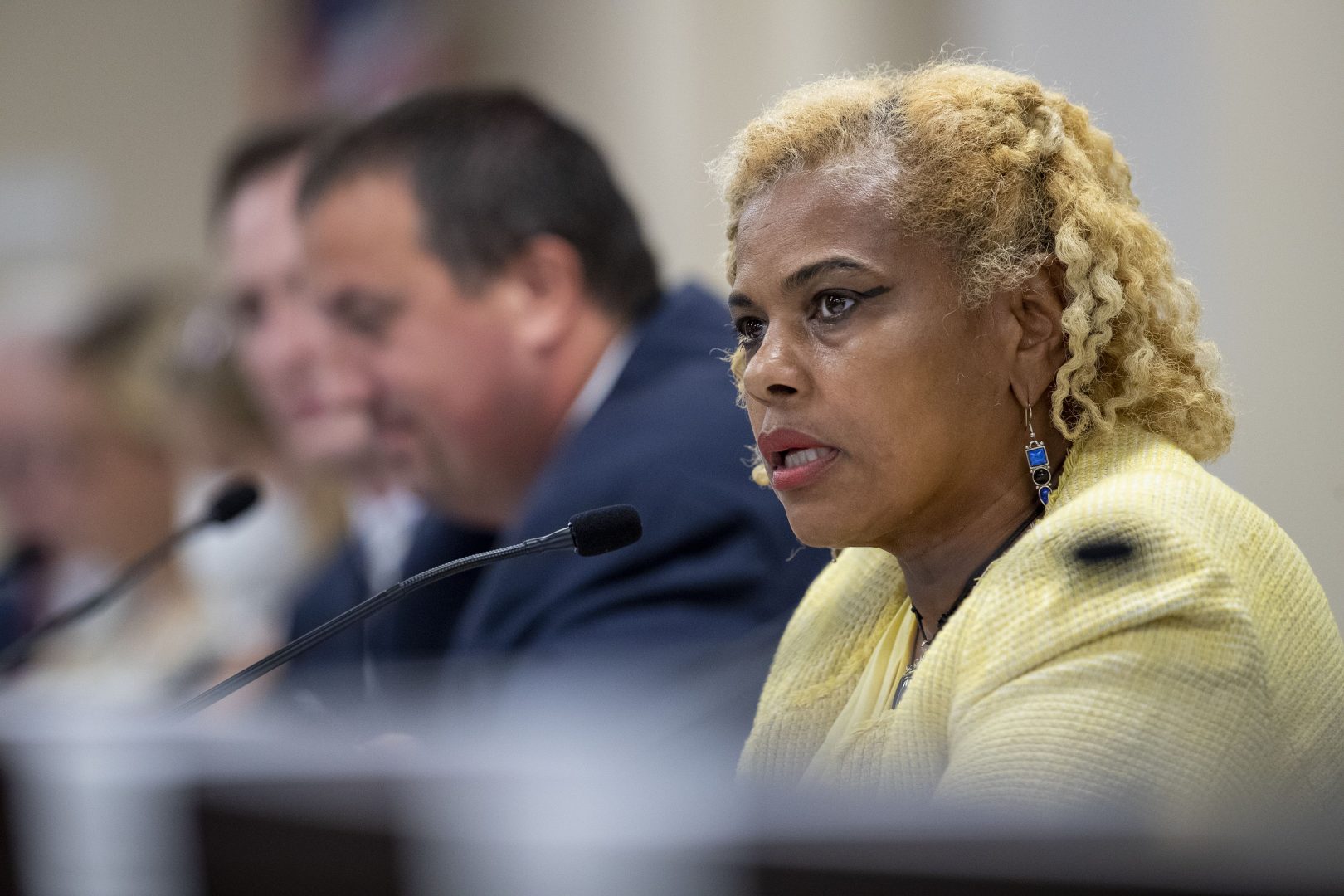 Former state Rep. Margo Davidson was charged in July with stealing from taxpayers and misusing campaign funds, helping her pad a legislative salary that’s already among the most generous in the country. She has since accepted responsibility and resigned her office.

Despite warnings from good-government advocates and even some inside the Capitol building that the state’s reimbursement systems are ripe for abuse, Republican leadership has failed to move reforms.

Unlike most private and public sector employers, state lawmakers often aren’t required to provide any proof when seeking reimbursement from taxpayer-funded accounts. On the campaign side, the public can’t see thousands of dollars of election expenses lumped together under vague categories and charged to credit cards.

Those expense rules, highlighted in a series of stories by The Caucus and Spotlight PA over the past two years, have created “a culture of zero accountability,” Khalif Ali, executive director of Common Cause Pennsylvania, said during a recent Spotlight PA live event.

They were written by the very lawmakers they are meant to govern, but too often, Ali said, there is a practice of “professed change,” where lawmakers talk about reform when confronted with problems but don’t follow through.

What little documentation the legislature does require from its members and staff doesn’t do much good for the body’s internal gatekeepers. The criminal complaint against Davidson stated that personnel from the House comptroller’s office have “no ability to check whether an expense was actually paid for by the representative or some other entity.”

State Rep. Seth Grove (R., York) said he intends to give the systems a hard look.

Grove, who chairs the House State Government Committee, said in late July that he will call a series of hearings to review rules and procedures for how legislators file expenses, as well as state ethics laws and other laws that govern when elected officials must forfeit their pensions.

Rep. Paul Schemel (R., Franklin), who will head one of the subcommittees as part of the review, said in an interview that the charges against Davidson were “the straw that broke the camel’s back.”

“We’ve got a system that is open to people committing wrongful acts,” he said.

Reporting by The Caucus and Spotlight PA suggests he’s looking at a target-rich environment.

Long considered a major piece of a system open to abuse, per diems allow legislators to collect flat-rate payments intended for food and lodging without turning over any receipts. The money is on top of their annual $90,000 salary (legislative leaders make more), one of the highest in the nation.

Lawmakers can request per diems any time they travel 50 miles or more outside their home district, including when they come to the Capitol for voting sessions. Though the payment is flat, it is generous: During the last two years, for instance, it has ranged between $178 and $200 for overnight stays.

But without the need for receipts, it is impossible to know if lawmakers are indeed spending the entire amount they are allotted — or if they are even spending it at all.

In Davidson’s case, law enforcement officials said she was personally reimbursed by taxpayers for expenses that had already been paid for by her campaign — and per diems were front and center in the alleged scheme.

Davidson and her lawyer did not respond to requests for comment.

The complaint against her stated that nearly a third of her per diem reimbursements for hotel stays in Harrisburg from 2017 through 2019 were fraudulent. The Office of Attorney General alleged that Davidson either had not stayed overnight in Harrisburg, as she had claimed, or she had already been reimbursed for the stay through her campaign account, effectively engaging in double-dipping.

Both Democrats and Republicans over the years have criticized the per diem system and introduced bills to eliminate the flat-rate payments. At least two such bills this session — from state Sen. Jim Brewster (D., Allegheny) and Rep. Brett Miller (R., Lancaster) — would force their colleagues to provide expense documentation when seeking reimbursement.

“Modern technology makes the requirement of submitting receipts a minuscule burden — a burden worth the cost of restoring the public’s trust in the General Assembly’s handling of its financial affairs,” Miller wrote in a memo to his colleagues seeking support for the bill.

Grove said his ethics inquiry will also cover a system that allows lawmakers to lease state-paid vehicles, another perk that has captured taxpayers’ attention over the years. 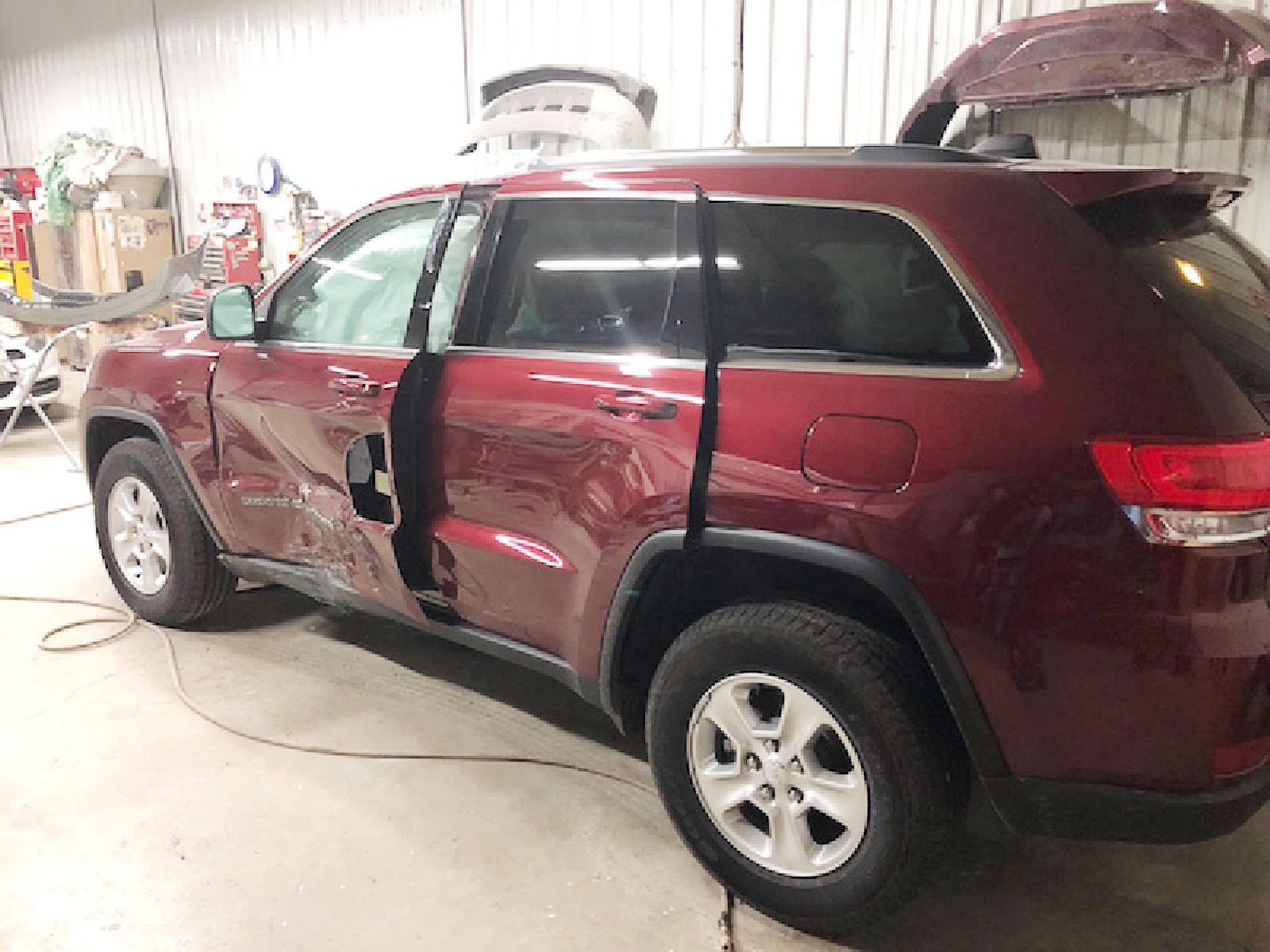 Davidson’s own leases, in particular, raised flags when she crashed her state-paid vehicle twice in 12 days while her license was suspended. The incidents were not part of her recent charges and resignation.

A group of House Republicans targeted the practice again earlier this year, pushing a ban on taxpayer-funded vehicle leases for legislators. The lawmakers argued it’s far cheaper for their colleagues to use their own vehicles and collect reimbursement for gas. Leases have typically ranged from $419 to $711 per month in recent years, not including state-paid vehicle maintenance, oil changes, car washes, and gas, records show.

In reality, mileage reimbursements can be more expensive depending on how far a lawmaker lives from Harrisburg, The Caucus and Spotlight PA found.

Rep. Brad Roae, the Crawford County Republican who sponsored the ban and lives 240 miles from the Capitol, collected $30,253 for mileage from 2017 through 2020 — essentially the same amount of money it cost other legislators to lease vehicles in that time period.

Lawmakers and their staff are also eligible to be reimbursed for mileage, other types of transportation including trains and rental vehicles, and food costs on top of per diems. As of yet, these perks are not part of Grove’s review.

Davidson was charged with failing to report campaign expenses as required to the Department of State and for not spending money through an official campaign treasurer.

It’s unclear if the unreported campaign expenses were for her election efforts — like typical fundraising event costs or yard signs — or for her personally. The complaint, for instance, mentions unreported expenses for out-of-state hotels and $400 toward her Nordstrom credit card bill, but it does not specify what the purpose of those expenses was.

But even if they were for personal use, it wouldn’t necessarily be a crime in Pennsylvania.

Pennsylvania is among a minority of states that does not have an explicit ban on candidates spending campaign money for their personal use, The Caucus and Spotlight PA found in a 2019 investigation.

That’s allowed legislators to spend donors’ money on alcohol, lavish dinners, clothes, limos, and travel across the United States and abroad — all while keeping the expenses hidden through various legal methods.

Senate Minority Leader Jay Costa (D., Allegheny) has repeatedly introduced a campaign finance reform plan, and he updated it last session to include issues highlighted by The Caucus and Spotlight PA. The reforms, which have never received a committee hearing, include defining and banning the “personal use” of campaign funds, and requiring candidates to submit credit card statements.

Other reforms proposed by lawmakers and advocates include requiring campaign finance reports to be submitted electronically rather than by mail and real-time campaign expense reporting. 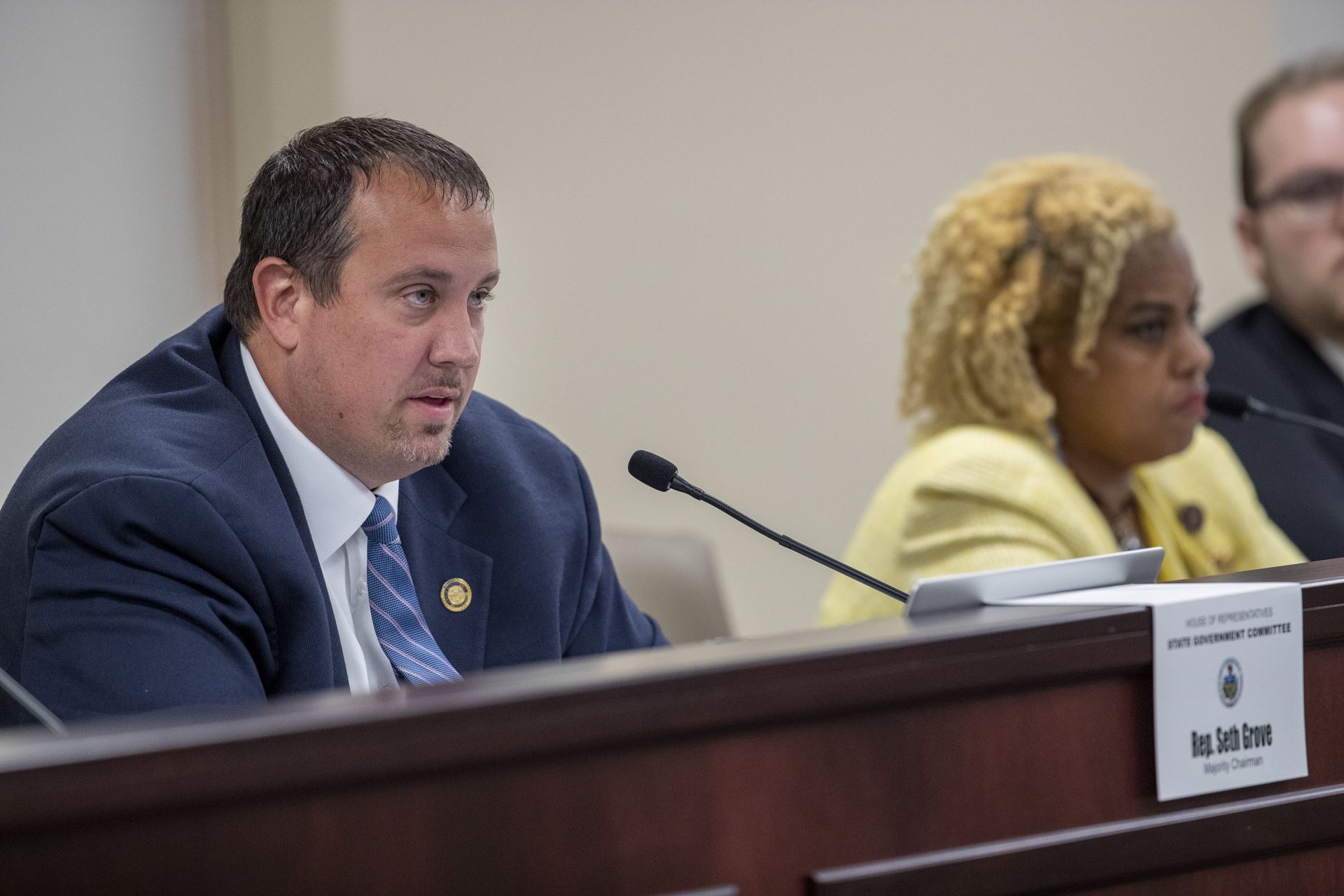 Rep Seth Grove, seen here with Margo Davidson, plans to call a series of hearings to review rules and procedures for how legislators file expenses.

More frequent and complete disclosure of both legislative expense and campaign records could have allowed the public to identify some — but certainly not all — of Davidson’s allegedly inappropriate spending habits.

Prominent lawmakers such as Grove have discussed making both kinds of spending more readily available for public viewing.

The tens of thousands of pages of legislative expense records used in The Caucus and Spotlight PA’s reporting took months to acquire and required the news organizations to develop a first-of-its-kind database that includes 400,000 individual expenses over four years.

A small minority of lawmakers post their expenses online for their constituents, but the news organizations found that almost all of them were posting incomplete or outdated information.

Grove, for one, did not disclose more than $31,300 in spending over the four years that was attributed to him in House expense records. Most of that was for bulk mail purchases. About $3,200 was for mileage though he publicly insists that he does not accept such reimbursements.

House and Senate leaders said they would support more disclosure online. One lawmaker, Sen. Lindsey Williams (D., Allegheny), previously said she will introduce a bill that would require the chief clerk to post all lawmakers’ expenses.

Less clear is whether the political will exists to make substantive changes.

The reason legislators make the information difficult to find is “self-serving,” Tim Potts, a former top-level House staffer, previously told The Caucus and Spotlight PA — to “protect themselves.”