Ajay Khatri inspects his property in the aftermath of a storm in Titusville N.J., Friday, July 30, 2021. AP Photo/Matt Rourke) 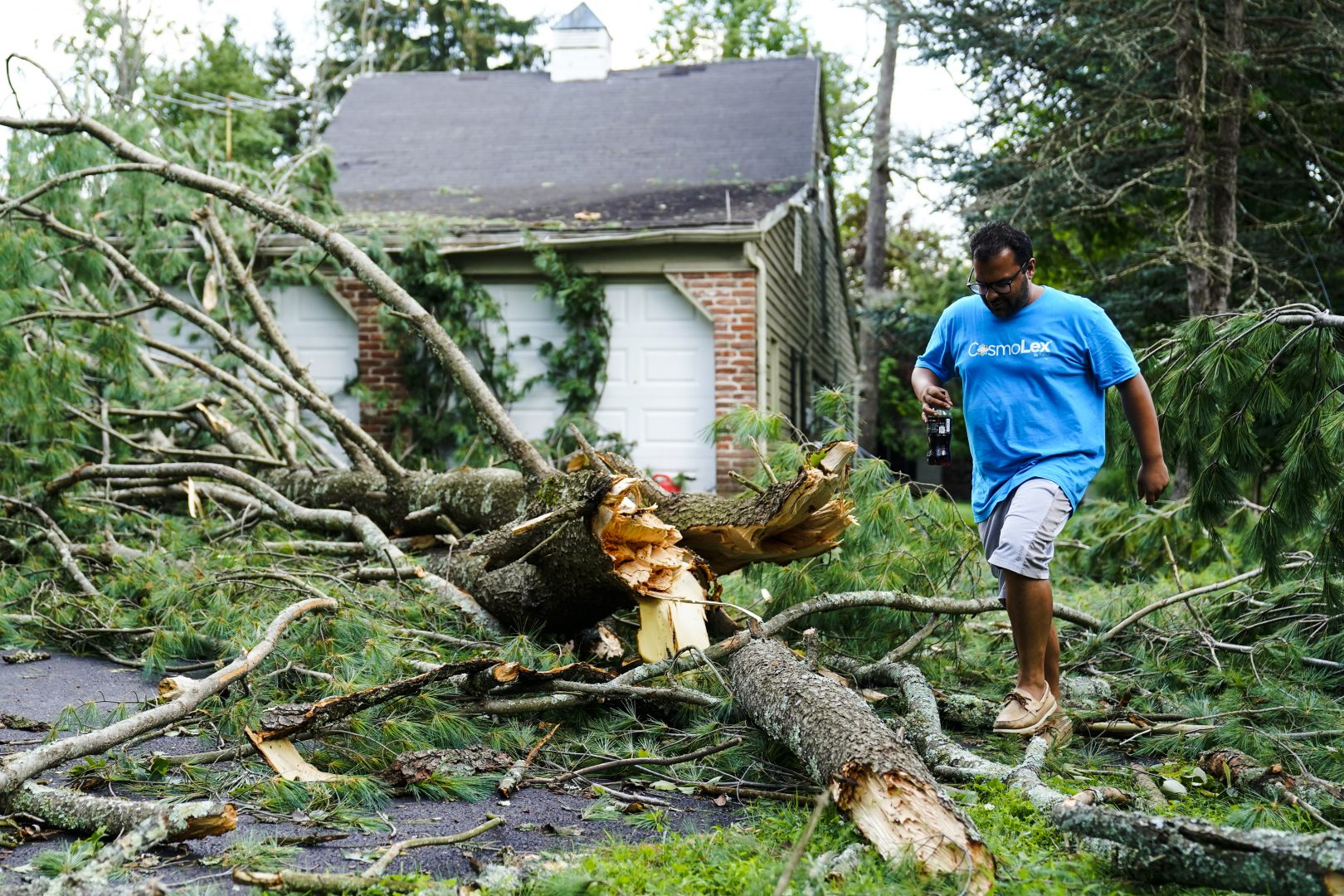 Ajay Khatri inspects his property in the aftermath of a storm in Titusville N.J., Friday, July 30, 2021. AP Photo/Matt Rourke)

(Mount Holly, N.J.)  —  The National Weather Service has confirmed eight tornadoes in Pennsylvania and New Jersey during Thursday’s storm, including the EF-3 storm in eastern Pennsylvania and an EF-2 tornado that started in the Keystone State and then moved into the Garden State.

Authorities in Bucks County said the EF-3 tornado that contained top winds of 140 mph when it struck Bensalem, damaging an auto dealership and a mobile home park. The city’s public safety director said four people were injured at the dealership and one at a nearby business, but all injuries were considered non-life-threatening.

Forecasters said an EF-2 tornado was confirmed near New Hope, Pennsylvania, in the Washington Crossing Historic Park area, and the storm then went across the Delaware River into Mercer County, New Jersey, where homeowners spent Friday dealing with damage from uprooted trees. That storm had peak winds up to 115 mph, forecasters said.

Forecasters confirmed two tornados in Ocean County, one rated an EF-2 that went from Waretown to Barnegat Light with peak winds up to 115 mph. Another tornado was rated an EF-1 with winds of 100 mph to 105 mph. The more powerful storm damaged homes on Long Beach Island, tearing the roof off one two-story residence, tipping over boats onto front lawns and blowing other boats into cars and trucks, the Asbury Park Press reported.

Forecasters said an EF-1 tornado in the Plumstead Township area of Bucks County, Pennsylvania, had peak winds up to 90 mph. A sixth tornado, an EF-0, was confirmed in northeast Philadelphia, with peak winds of 60 to 80 mph. A seventh tornado, an EF-1, struck in Windsor, Mercer County, and forecasters on Saturday confirmed an eighth, an EF-0, in Slatington, Lehigh County, with more details expected later.

The weather service issued a dozen tornado warnings for New Jersey on Thursday. The state had already seen three small tornados in July: two twisters during Tropical Storm Elsa in Little Egg Harbor in Ocean County and Woodbine in Cape May County, and a July 17 tornado in a portion of Burlington County.