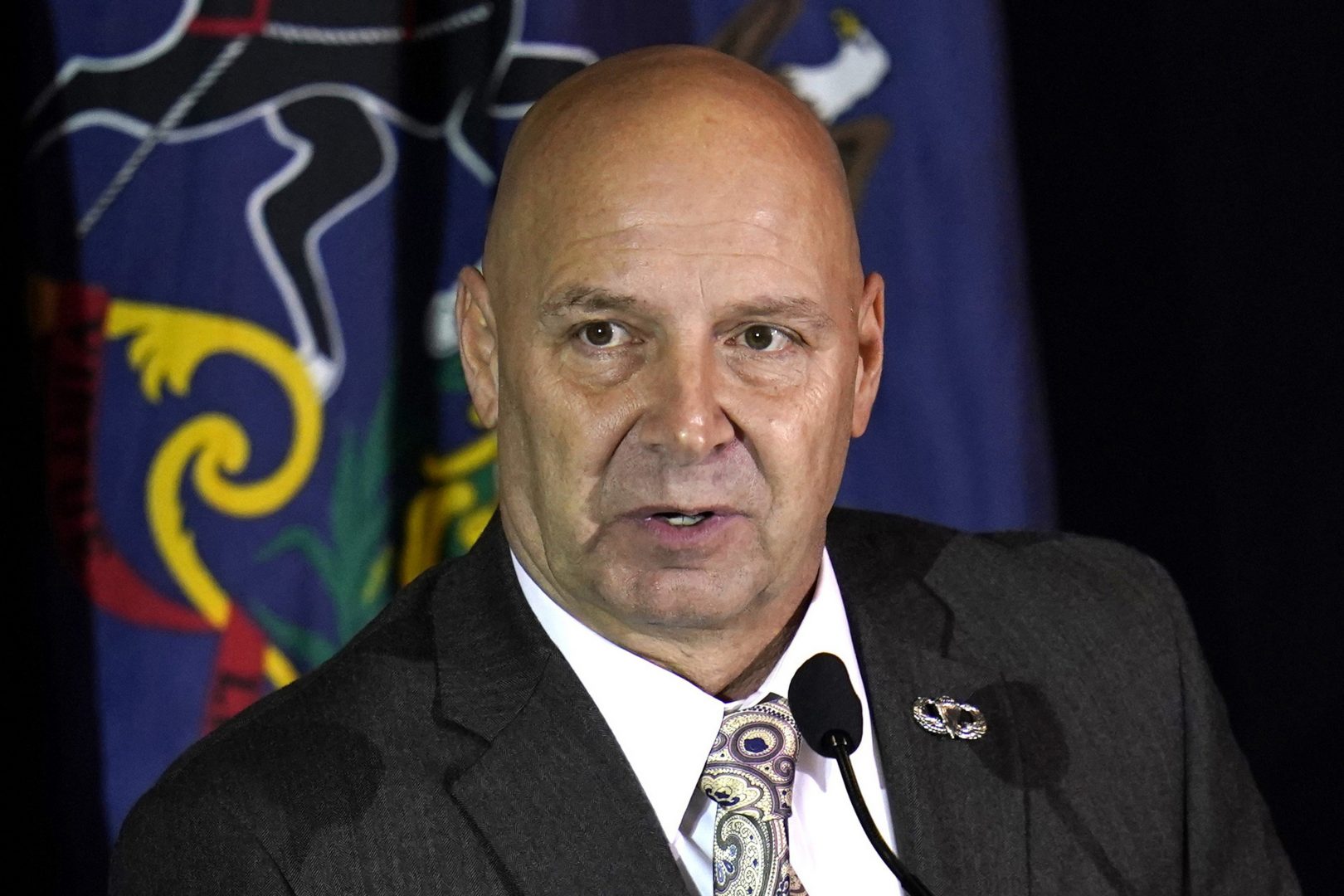 (Harrisburg)  —  Philadelphia’s elections board voted Friday to reject a Republican state senator’s request for access to its voting machines for a “forensic investigation” into former President Donald Trump’s 2020 reelection defeat.

The Office of the City Commissioners’ unanimous decision will be laid out in a letter telling state Sen. Doug Mastriano, R-Franklin, that Philadelphia “will not participate in your proposed analysis.”

Omar Sabir, one of two Democrats on the three-person board, said shortly before the meeting that he thinks it’s time to move on.

“It’s time, it’s resources,” he said. “The 2020 election has been proven by many standards that there was no fraud and the election went well.”

The vote occurred during a brief meeting at which the three election board members said little about Mastriano’s July 7 request that gave them until the end of the month to reply.

Mastriano has said he plans to subpoena the three counties through the state Senate Intergovernmental Operations Committee, which he chairs, but it’s unclear if he has enough support from his fellow Republican senators to follow through with that threat.

He’s said to expect a meeting of his committee shortly, but so far none has been scheduled.

Senate Republican leaders Jake Corman of Centre County and Kim Ward of Westmoreland County have been conspicuously quiet about Mastriano’s requests to the counties, despite several attempts to seek their comment. Corman is a member of Intergovernmental Operations.

After Philadelphia made its decision Friday, the state Democratic Party issued a release claiming Corman is afraid to stand up to Mastriano.

“Let’s tell it like it is: Corman is a weakling who would happily sell out Pennsylvania taxpayers to keep his fancy position in a do-nothing legislature,” Pennsylvania Democratic Party spokesman Brendan Welch said.

A draft of the Philadelphia board’s three-page letter said Mastriano’s review would be duplicative of other efforts that have turned up no problems with the vote count but could lead the state to decertify the machines. The Department of State recently told Fulton County its machines could not be used again after it agreed to a similar post-election review Mastriano had pressured the commissioners for.

The draft letter also said it would cost the city more than $35 million to replace the equipment, plus related labor and other costs.

“There is no claim that Philadelphia County’s election systems or processes were compromised nor is there any basis to jeopardize the constitutionally mandated secrecy of the votes cast by city of Philadelphia residents, to expose the taxpayers of the city to tens of millions of dollars in additional and unanticipated expenses, or to risk the very ability of Philadelphians to cast ballots in future elections,” according to the draft letter.

Mastriano, a leading proponent of Trump’s efforts to overturn his narrow loss in the state to Joe Biden in November, did not respond to a phone message seeking comment. Since Trump lost last year, Mastriano has generally avoided speaking to reporters outside of conservative-friendly outlets.

It was the second rejection in two days for Mastriano’s effort to get access to voting equipment and records in three counties.

The Republican-majority Tioga County commissioners wrote Mastriano on Thursday to say they would not cooperate, saying their participation had hinged on Mastriano helping arrange the purchase and installation of new machines for the Nov. 2 vote.

York County, also with a GOP-majority county board, has raised questions about the legality and cost of Mastriano’s request. A county spokesperson said Friday there were no new developments, suggesting the deadline will pass without that county agreeing to his review.