Justo Smoker, 35, pleaded guilty Friday to third-degree murder and four newly filed charges in the kidnapping and killing of 18-year-old Linda Stoltzfoos, who was snatched from the street as she walked home from church last year.

Smoker, of Paradise Township, had been facing the possibility of the death penalty, but under the plea deal, he avoided that and instead will be looking at a minimum of 35.5 years in prison (and maximum of 71 years) that will only start after he completes a sentence for violating parole that could run 17 years.

If the parole board assigns the maximum sentence for his previous robbery convictions, he would serve a minimum of 52.5 years and a maximum of 88 years. All of his sentences handed down Friday for the Stoltzfoos case will be served consecutively, meaning one after the other.

At the court hearing Friday, several new details were revealed, including that Stoltzfoos suffered vaginal injuries and that Smoker denied sexually assaulting her. As part of Smoker’s confession to police, he admitted to strangling Stoltzfoos under his arm, and later with shoelaces before stabbing her once in the neck to make sure she was dead.

Smoker also told police he removed her body from its original location after learning from the news that he had buried her not far from her home. He returned two days later, wrapped her body in a tarp with duct tape and buried her near his workplace, prosecutors said.

Stolzfoos’ parents did not attend the hearing as it would be too painful, relatives said. But a group of other relatives attended and spoke on behalf of the family. Smoker’s relatives also attended.

Smoker tearfully apologized to the Stolzfoos’ and his own family said he was raised “better than this.”

Prosecutors said they entered a plea deal with Smoker because they believe they never would have found her body without his help. Smoker’s public defender said he didn’t waive all his rights because he was looking for a deal, but rather was trying to do the right thing after the horrendous crime.

The judge accepted the plea but expressed concern that his sentence would now be out of the court’s hands and instead within the power of the Department of Corrections and Parole Board who could decide at some point to release him early.

Besides the first-degree felony homicide conviction, Smoker also pleaded guilty to felony kidnapping and misdemeanor charges of: abuse of a corpse, false imprisonment, possession of an instrument of a crime and two counts of tampering with evidence. The abuse of a corpse charge stems from the moving of her body from an initial grave to a second, more secluded site.

All of the misdemeanors except for false imprisonment were filed Wednesday, the day prosecutors announced Smoker’s court date and a press conference planned for Friday. 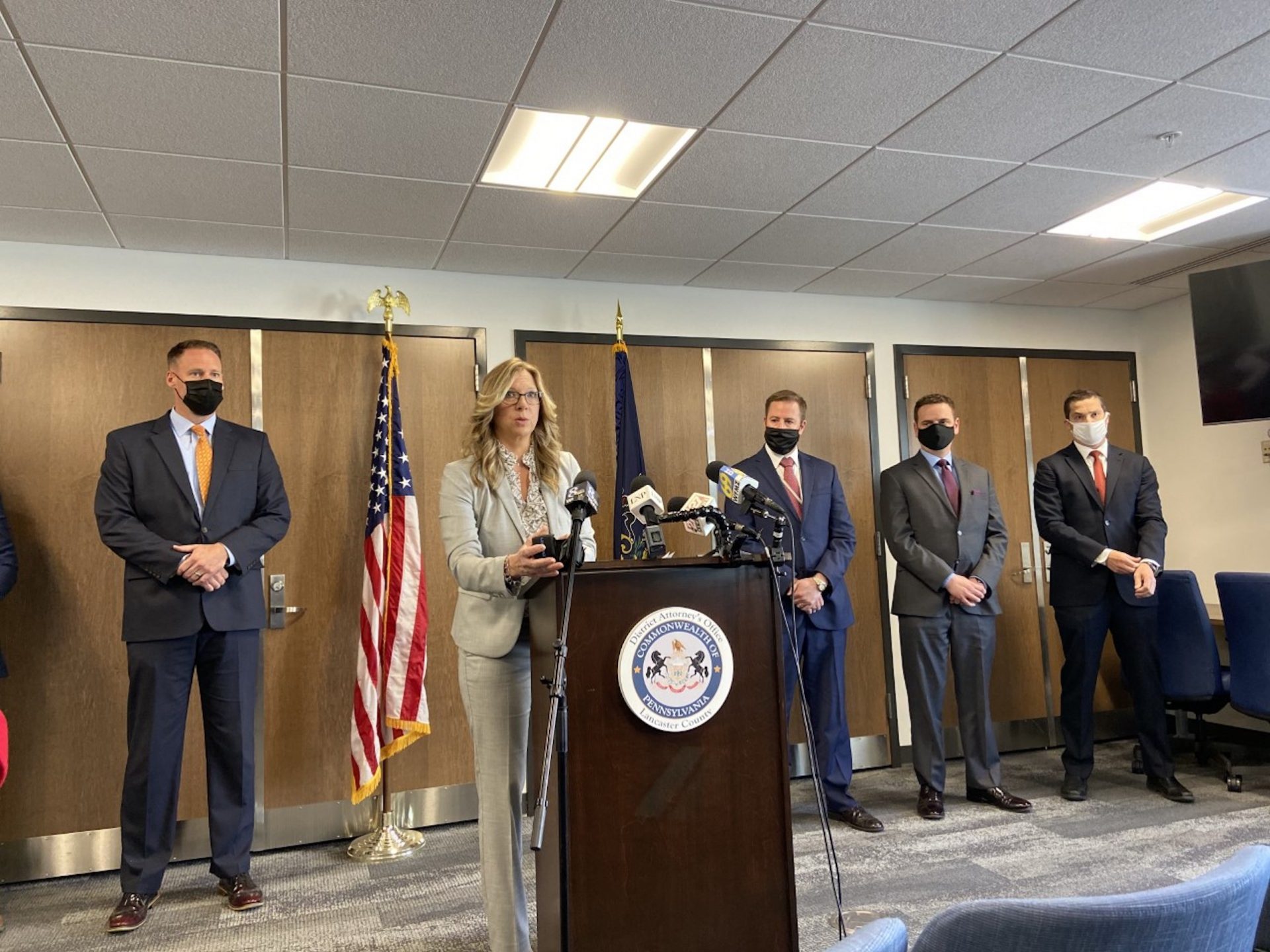 The first charges against Smoker were filed even before Stoltzfoos’ body was found. Prosecutors charged Smoker with kidnapping and false imprisonment last August, but they upped the charges to homicide in December after police found DNA evidence that linked him to the teen’s discarded bra and stockings.

In early April, prosecutors filed for an extension with the court to be able to analyze whether they will pursue the death penalty. Three weeks later, police found Stoltzfoos’ body.

Stoltzfoos’ friends and family last saw her in church on Father’s Day last year in June. She was on her way home to change clothes and grab a homemade dessert for a youth group meeting when investigators said she encountered Smoker and his red Kia Rio.

Witness testimony and surveillance footage of the Beechdale Road area caught the Rio pulling onto the shoulder in the area where Stoltzfoos was last seen. A figure emerged from the car and lead a young woman, believed to be Stoltzfoos, to the car, prosecutors said. The video, from a resident’s home security system, was vital to the investigation.

Several members of the Amish community told investigators they saw the car drive by with an Amish girl in the passenger seat.

One person testified the girl believed to be Stoltzfoos did not return her wave from the car — unusual in the Amish community — adding, “she looked at me with pleading eyes.” Another said it was unusual for an Amish girl to be traveling in a car on a Sunday, particularly in her church clothes.

Two days after Stoltzfoos was reported missing, an employee at a nearby business on Harvest Drive called the police to report a suspicious vehicle — a red Kia parked behind the business near the wood line and a field, according to prosecutors. The employee took some pictures of the car but didn’t see a driver.

When police combed the scene, they found a bra and stockings, which Stoltzfoos’ family said she was wearing when she disappeared, underneath some disturbed dirt. Police said they also found a cut zip tie.

When he was first arrested, Smoker denied ever meeting Stoltzfoos or having any involvement in her death.

But prosecutors were able to secure homicide charges because Stoltzfoos’ bra and stockings with his DNA were found buried in an area where his Kia had been seen.

Cellphone records also showed that Smoker returned to the burial site on the 3100 block of Harvest Drive several times in subsequent days, the DA’s office said.

The investigation revealed that Smoker had purchased alcohol, multiple pairs of disposable cleaning gloves and boot and shoe laces prior to his car being spotted in the area of the kidnapping, according to the DA’s office.