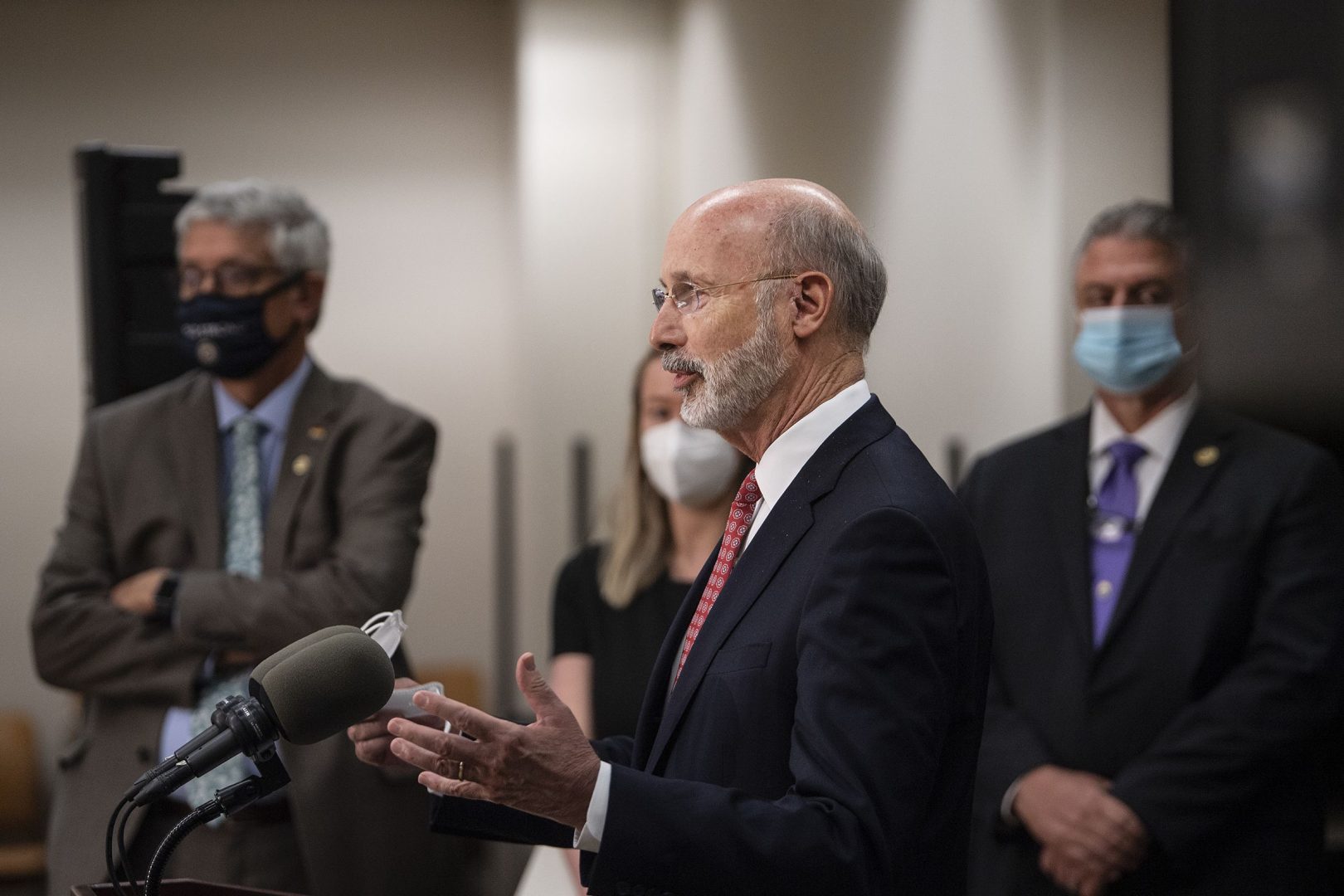 Wolf had said that changes to the state’s voter ID rules were a nonstarter for him, declaring it off-limits even before Republicans unveiled the bill. His office didn’t negotiate the legislation at all before Wolf vetoed it.

But in a shift, Wolf told The Inquirer last week he is open to new voter ID rules, setting the stage for the issue to be front and center when the legislature returns to the Capitol in the fall — and as Wolf moves to cement his legacy in the waning months of his second and last term.

In announcing his plan to reintroduce his bill, state Rep. Seth Grove (R., York), the chair of the House State Government Committee, cited Wolf’s comments to The Inquirer.

“While this revelation would have been more welcomed a month ago as the General Assembly was moving HB 1300 of 2021 through the legislative process, it is a productive development,” Grove wrote in a memo seeking support from his colleagues released Wednesday morning.

It’s unclear whether Wolf will be open to negotiating the reintroduced bill. He told The Inquirer that he had prejudged the original voter ID proposal as suppressive before seeing it — and that he believes he was right — and that he didn’t negotiate because he didn’t believe Republicans were acting in good faith.

But he also signaled that he is open to some stricter measures, including requiring ID for mail voting.

On Wednesday, Wolf’s office attempted to temper his remarks. Spokesperson Lyndsay Kensinger said the Democratic governor would consider additional identification requirements, but only in the context of a broader bill that aims to make voting easier and more accessible. The governor, she said, still believes HB 1300 fell far below that standard.

“His comments were not a seismic shift in policy,” she said. “They simply reflect a willingness the governor has expressed for well over a year to engage in good faith to try to find common ground.” 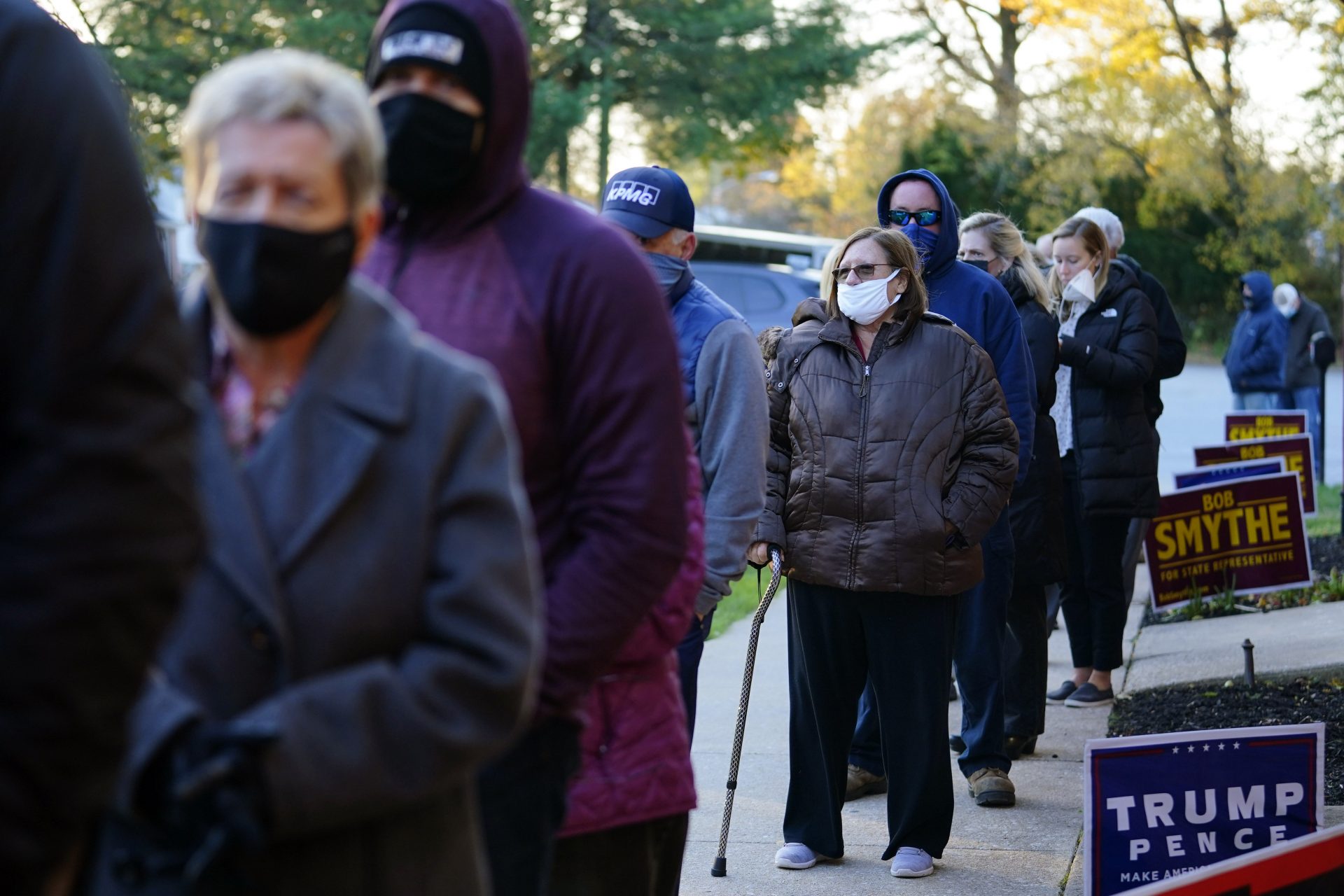 In this Nov. 3, 2020, file photo, people line up outside a polling place in Springfield, Pa. to vote in the 2020 general election.

Grove’s original bill would have changed nearly every aspect of elections, including registration, voting by mail, in-person voting, vote counting, and post-election audits. Some provisions would likely have expanded access to the ballot, such as the establishment of in-person early voting, while others may have restricted access, especially in the state’s largest counties. For example, standards on the use of mail-ballot drop boxes would have limited Philadelphia to a lower number per resident than other counties.

Grove said in his memo Wednesday that the bill would be updated to include changes sought by State Reps. Jared Solomon (D., Philadelphia) and Mark Longietti (D., Mercer). The updated bill would also include $3.1 million in state funding to create and operate a Bureau of Election Audits within the Department of the Auditor General.

House Speaker Bryan Cutler (R., Lancaster) has championed that bureau, and he and other Republicans said Wolf had agreed to the funding in the state budget deal last month, though Democrats said there was no such agreement and Wolf vetoed that money.

The most politically controversial provision of the original election overhaul bill was its requirement that all voters show ID to cast a ballot. Current law requires voters to show ID only when voting at a polling place for the first time. The voter ID rule in the bill was relatively weaker than mandates in other states, as it required election officials to provide voters with free ID and accept signed affidavits from voters without identification.

With Wolf’s veto, Republicans instead pivoted to a backup plan: bypassing the governor and asking voters to approve stricter ID laws through a constitutional amendment.

That proposed amendment would require all voters to provide a government-issued ID in every election. Constitutional amendments, if passed twice by the legislature in consecutive sessions, go directly to voters for approval without the governor’s involvement.

Some legislative Democrats said privately on Wednesday that they believe Wolf is concerned that any voter ID changes made through the constitutional amendment process could be far more draconian.

Others said they believe that despite Wolf’s hardline public rhetoric, he was always privately willing to discuss the potential for new ID rules.

Sen. Sharif Street of Philadelphia said in an interview Wednesday that Wolf’s recent comments simply reflect the governor’s recognition that his public position was too strident.

“I commend the governor for acknowledging that,” said Street, who believes Wolf, like other Democrats, would be willing to discuss changes to election law, including voter ID, as long as Republicans approach it in good faith.

Reaching a consensus won’t be easy. Senate Minority Leader Jay Costa (D., Allegheny) made it clear in a statement Wednesday that he believed HB 1300 discriminated against vulnerable segments of the population and fell short of making voting broadly accessible.

“Without seeing or knowing what any new plan would include, I can’t make any assumptions,” Costa said. “I can say that any legislation with regard to election reform must include improvements that help our counties in carrying out our elections,” including allowing officials to process mail ballots before Election Day and uniform security rules for ballot drop boxes.

Voter ID rules have been the subject of heated political and legal fights across the country for more than a decade. A 2012 Pennsylvania voter ID law — one of the strictest in the nation — was blocked by courts from ever taking effect. Since then, Republicans have continued to call for new ID requirements under the name of strengthening election integrity and preventing fraud, though voter fraud, especially voter impersonation, is vanishingly rare.

But Democrats have become increasingly open to voter ID rules, including as they seek to pass the For The People Act in Congress.

Wolf cited that discussion in the Inquirer interview and said his shift generally lines up with that evolving Democratic position: Without expressing desire to impose new rules, he said he was open to considering them.

“I’m sure out there is a reasonable voter ID solution to say … you need to show that you should be voting here,” Wolf said in the interview. “And I’m fine with that. The formula in [the Republican bill], in my mind, was not it.”