Brianne Shuller speaks to the media outside her Fishing Creek Valley home where Pennsylvania State Troopers shot and killed her husband, Mitchell James Shuller, on July 20, 2021. 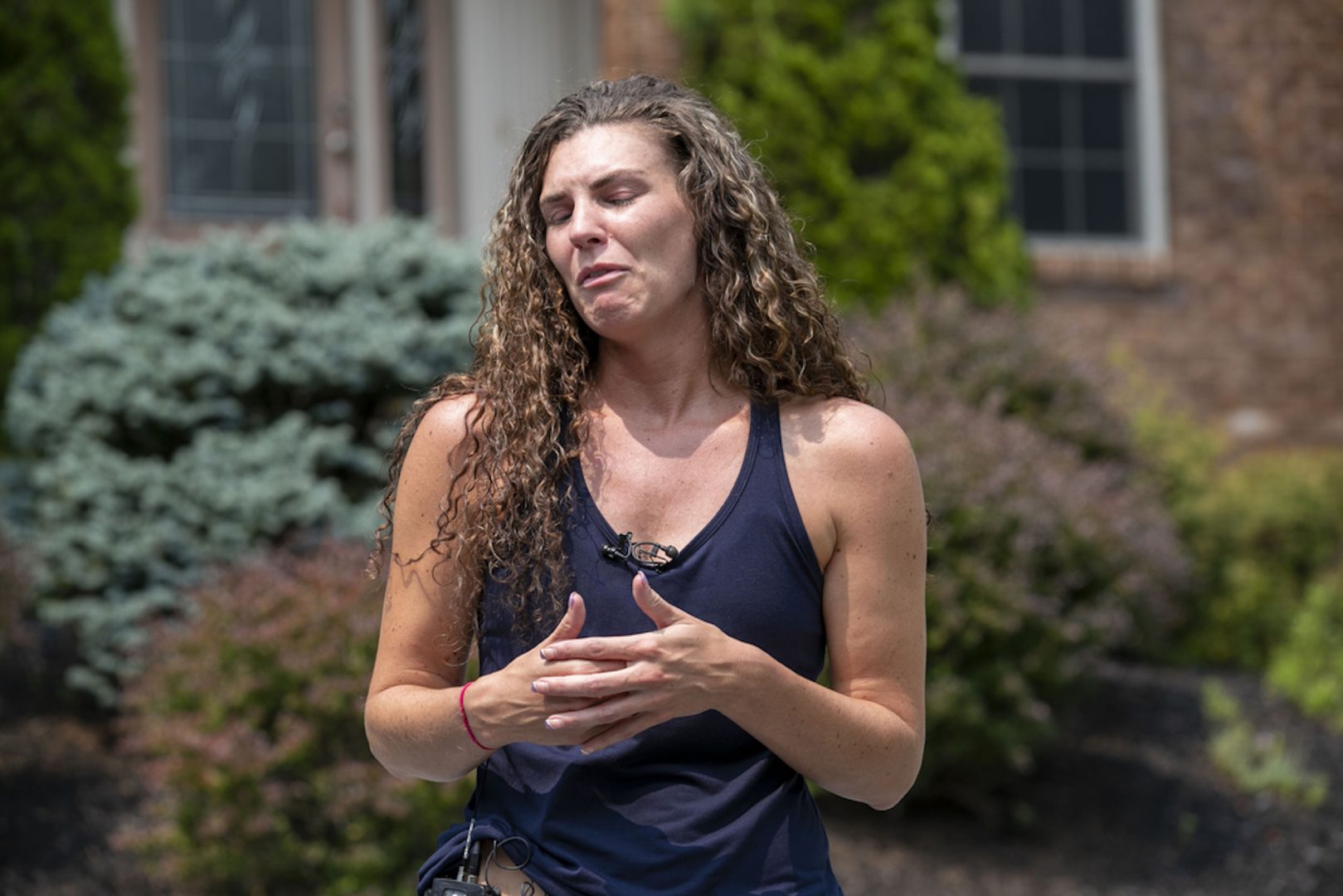 Brianne Shuller speaks to the media outside her Fishing Creek Valley home where Pennsylvania State Troopers shot and killed her husband, Mitchell James Shuller, on July 20, 2021.

(West Hanover Township) — Brianne Shuller said the nightmare she had been living for months exploded early Tuesday when her husband, Mitchell Shuller, was shot and killed by state police in front of his Dauphin County house.

Police said Mitchell Shuller had been firing a gun, sending bullets into at least two neighboring homes, and troopers shot him after he refused orders to drop the weapon and continued to fire.

For Brianne Shuller, who said she separated from her husband in January for safety reasons, the aftermath echoed with sorrow and tearful disbelief.

Mitchell Shuller had been suffering from mental illness and hallucinations, she said as she spoke to reporters in the driveway of the family’s West Hanover Township home on Tuesday afternoon. He was an addict, she said, and had been diagnosed with congestive heart failure.

The COVID-19 pandemic had cost him his construction job as well, she said. He attended rehabilitation in September, but refused out-patient services after spending 60 days in the treatment center, according to pending divorce paperwork.

Brianne Shuller said her husband’s volatility prompted her to move out of the house on Fishing Creek Valley Road with her three daughters, ages 8, 10 and 12. 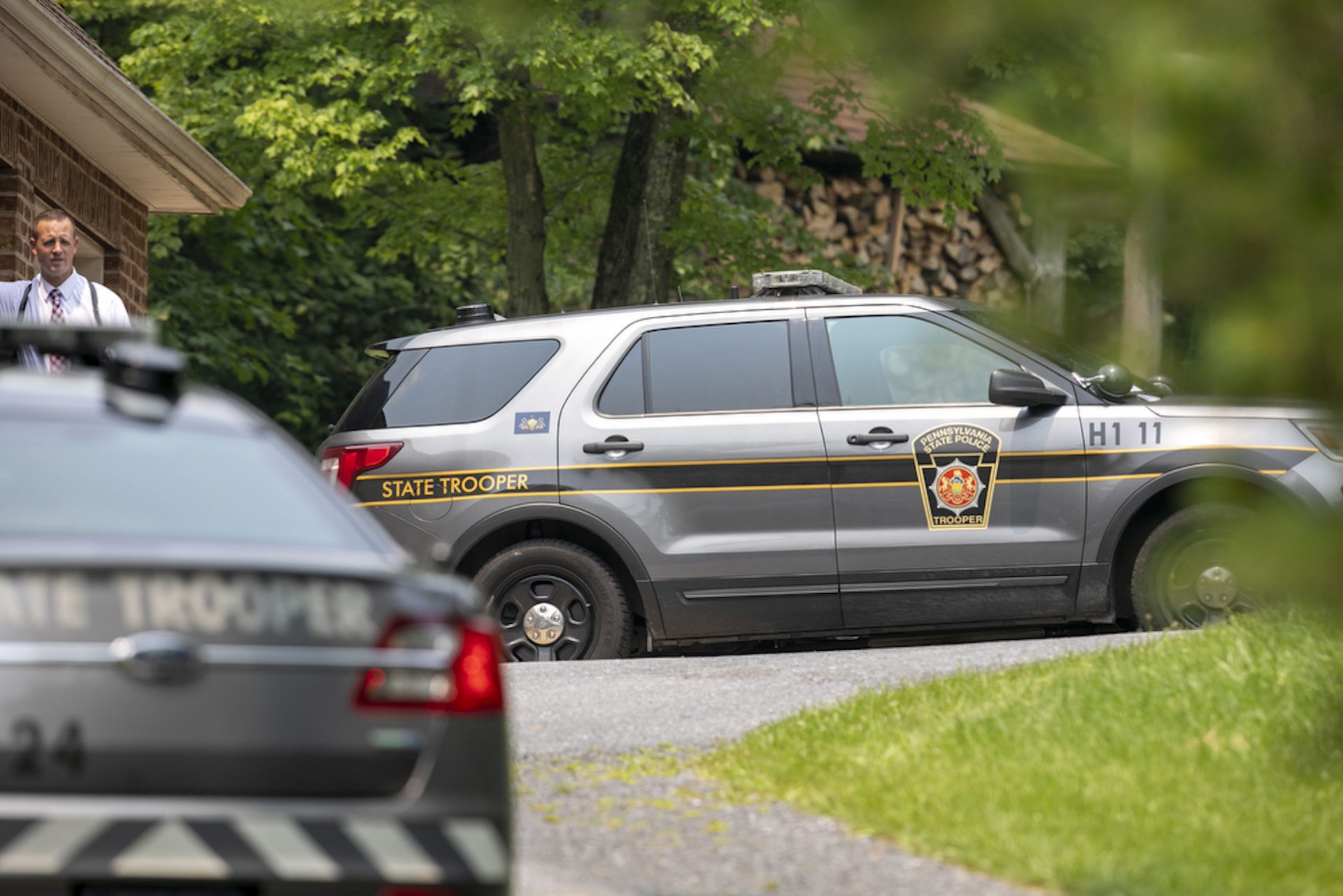 She said she learned something was wrong when a neighbor, who had reported to police that gunshots were being fired, called to alert her. She said she regrets not making it back to the house in time to possibly try to defuse the situation.

Brianne Shuller said she doesn’t know what triggered the fatal encounter with state troopers. “I’m not 100 percent sure of what happened,” she said.

Even after more than a year of turmoil, Brianne Shuller said she was still hoping her husband would revert to the man she once knew. She said Mitchell still had visitations with their daughters and that the two of them stayed in communication.

“I wanted him to change so badly, not just for me and for the girls, but for him,” she said. “He was a hard worker. He was a great provider.”

Perhaps the hardest thing she had to do Tuesday was tell her daughters what had happened.

“I took them to a place we like to hike down the road,” Brianne Shuller said. “I told them that Daddy had passed away. And we knew daddy was sick.”

“They sat and cried with me,” she said.

“I don’t know what I’m going to do next,” she concluded. “I’ll take care of my girls, protect them. Be there for them.”

Mitchell Shuller was the only one home at the time of the fatal shooting. He was pronounced dead at the scene.

The only visible evidence that remained of that lethal encounter Tuesday afternoon was found on a towering evergreen tree in the front yard of the hillside house. Police had cut a notch out of it to retrieve bullets that had struck the tree.

This story originally appeared at pennlive.com. The version republished here has been edited by the WITF news team.