4 wounded in shooting outside D.C. stadium during Nationals-Padres game 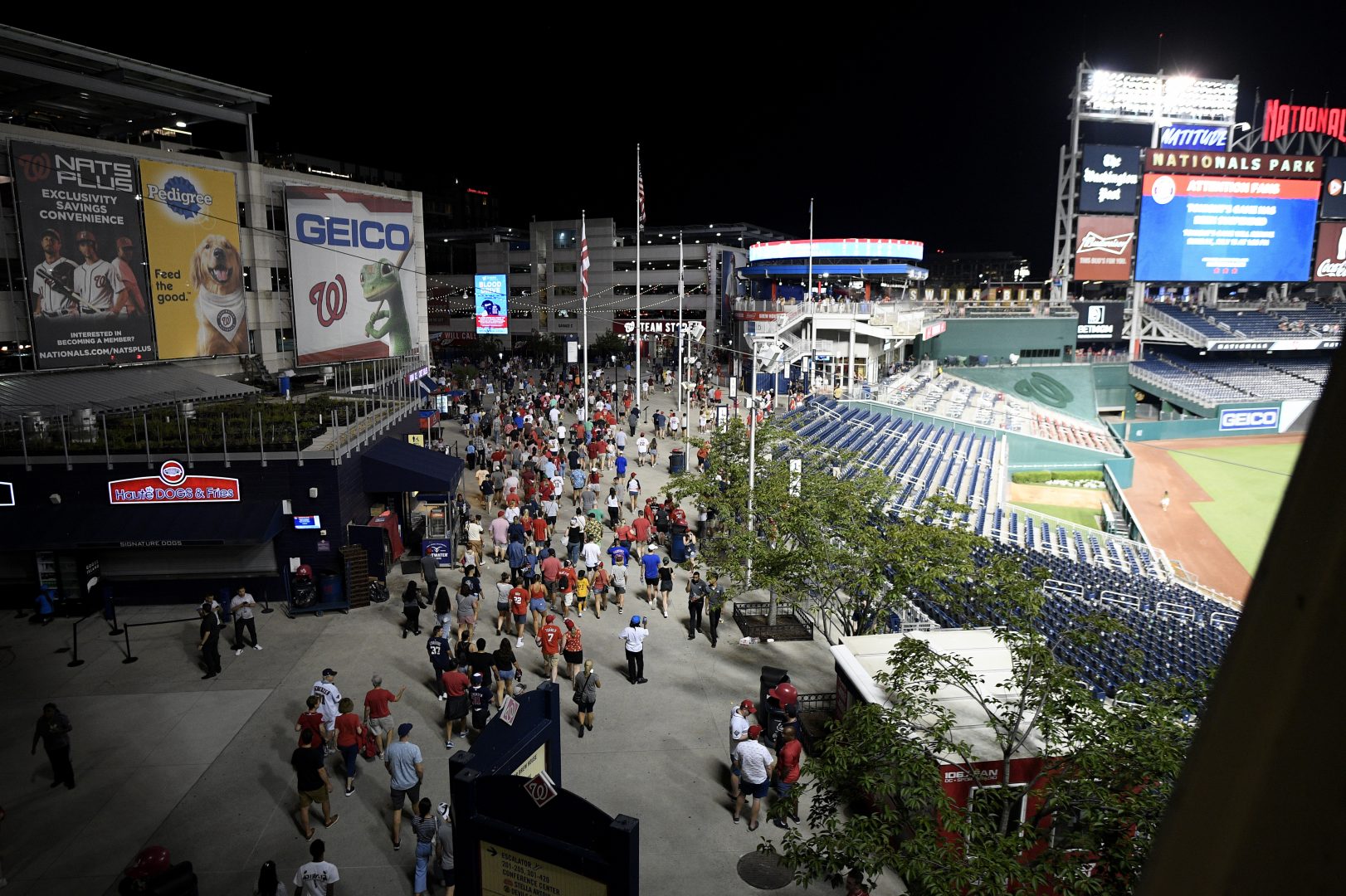 (Washington)-At least four people were wounded in a shooting outside of Nationals Park in Washington, D.C. during a home game against the San Diego Padres on Saturday night.

About 15 minutes after D.C. police tweeted that two people had been shot, the department said that “two additional victims associated with this incident walked into area hospitals for treatment of gunshot wounds.”

Some fans reported what sounded like fireworks during the sixth inning, followed by crowds running to safety.

Arman Ramnath, 27, of Arlington, Va., told The Associated Press that he was sitting in the stands when he heard the loud pops closer to his side of the stadium by third base, bordering South Capitol St. SE.

“We weren’t sure what it was. Then everyone started ducking,” he said.

He, like many in the stadium, sought cover behind their seats. Others fled to the Padres dugout. Crowds started to get up to leave, before an announcement came over the loudspeaker instructing fans to remain in the park. Minutes later, people were told it was safe to exit.

It’s unclear whether the shooter has been taken into custody.

Police said that the game has been suspended as they investigate the incident.

The game is set to resume on Sunday afternoon, the Washington Nationals team said.

This is a breaking news story. Some things reported by the media will later turn out to be wrong. We will focus on reports from officials and other authorities, credible news outlets and reporters who are at the scene. We will update as the situation develops.

Tribe claims remains of kids who died at assimilation school