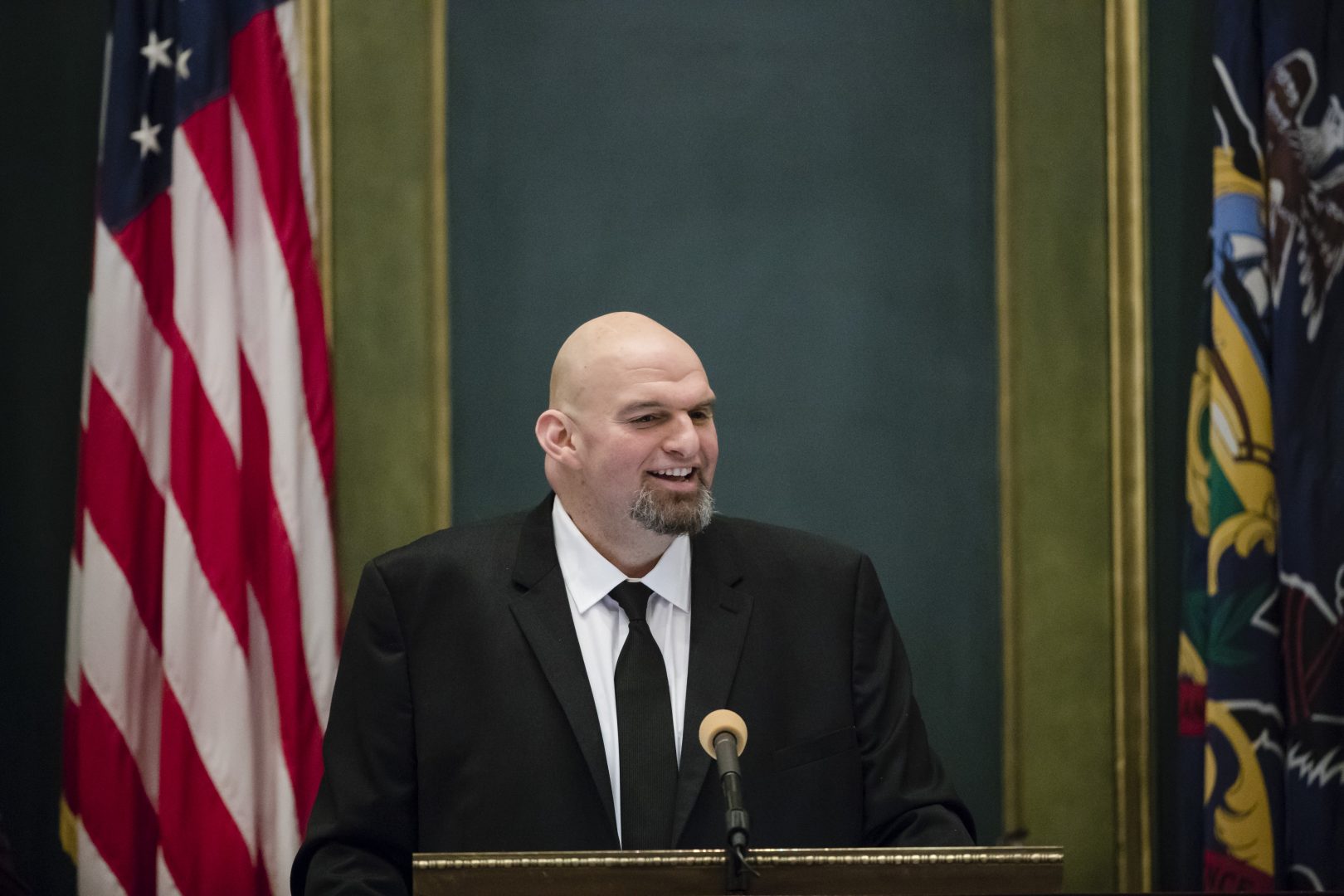 (Harrisburg) — Democrat John Fetterman is showing his early fundraising prowess in the crowded stakes for Pennsylvania’s open U.S. Senate seat ahead of next year’s election.

Fetterman, the state’s lieutenant governor, reported $2.5 million raised in the three months ending June 30, leaving him with $3 million in his campaign account. That is far more than any candidate, Republican or Democrat, has reported.

Thursday was the Federal Election Commission deadline to file reports for the second quarter.

Fetterman is making his second run for U.S. Senate after coming in third in an expensive three-way Democratic primary race in 2016.

Second behind Fetterman in fundraising in the Democratic primary is Val Arkoosh, who chairs the three-member Montgomery County board of commissioners.

She reported raising $1 million in the quarter, with $632,000 left over in her account. Arkoosh also has the backing of the well-funded EMILY’S List, which spent $1.7 million in Pennsylvania’s 2016 Democratic primary to help Katie McGinty. McGinty won in the Democratic primary but lost in the general election.

Fetterman and Arkoosh may have to contend with another well-funded Democratic candidate: U.S. Rep. Conor Lamb of suburban Pittsburgh. He is expected to enter the Senate race and reported almost $1.8 million in his campaign account as of June 30.

Malcolm Kenyatta, a state House member from Philadelphia who is also running, reported raising $502,000, with $282,000 left over.

Sharif Street, a state senator from Philadelphia, has not officially declared his candidacy in the race, although he is raising money in case he runs. He reported raising $245,000 and having $190,000 left over in his account.

Otherwise, leading the Republican money chase is Jeff Bartos, a real estate investor from suburban Philadelphia, whose campaign reported raising $567,000 in the quarter, not including loans to himself. That left just under $1.9 million in his account as of June 30, including $840,000 in cash he loaned to himself.

Conservative commentator Kathy Barnette reported raising the most in the quarter among Republicans, $595,000. She reported $476,000 left over.

Sean Parnell, an author and frequent Fox News guest who wrote about his experience fighting in the war in Afghanistan, reported raising $561,000, leaving almost $600,000 in his account on June 30.

Barnette and Parnell both ran unsuccessfully for the U.S. House last year, Parnell against Lamb and Barnette against U.S. Rep. Madeleine Dean in Montgomery County.

Republicans have another rival to watch: Carla Sands, former President Donald Trump’s ambassador to Denmark, who just joined the race. She has not filed an FEC fundraising report, but she has significant personal wealth.

Upon leaving the ambassador’s post, Sands filed a public disclosure of assets, valuing more than 50 accounts or properties at between $35 million and $152 million, a range that is a result of the government’s request that each asset be valued within a certain dollar bracket.